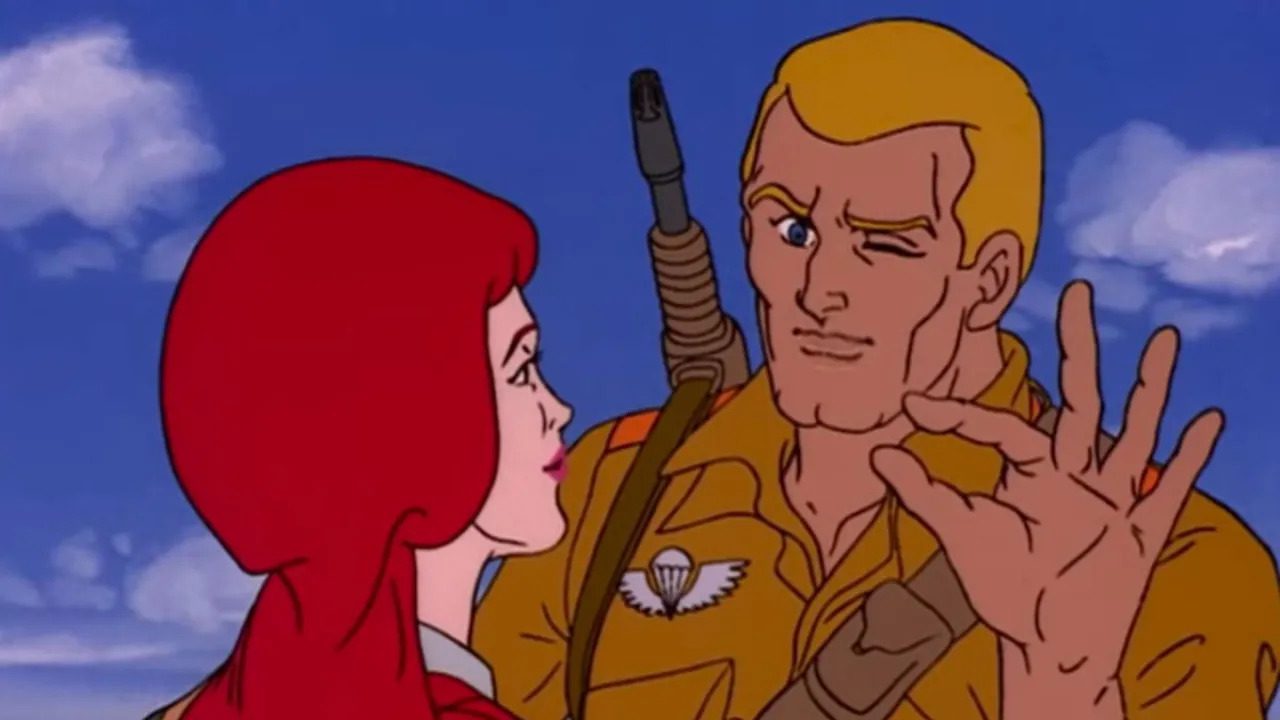 Add one more to the list of previously fun things that have been turned into homework. At the GI Joe panel at this year’s San Diego Comic-Con, GI Joe brand manager Emily Bader asked those lining up for questions to give their name and their pronouns. Later, at the Hasbro Pulse Con (which I just now discovered is a thing that exists), Bader ran another GI Joe panel where she introduced herself with her name, job title, and pronouns, and invited the other panel members to do the same. You can see the video below – along with commentary from this week’s Tuesday Night’s Main Event crew – courtesy of the Geeks + Gamers Clips YouTube channel:

You know the culture has gone to hell when you don’t meet these stories with shock or disbelief anymore. We all know it’s dumb; the pronoun people probably aren’t big GI Joe fans (and, as Jeremy points out, there hasn’t been much from the GI Joe brand lately, outside of that Snake Eyes movie nobody saw). And one hates to stereotype, but a pink-haired woman who demands other people’s pronouns acting as the “brand manager” for something like GI Joe is a little suspect. Look, we all like some unexpected stuff; I used to think Hot in Cleveland was hilarious. But putting someone who is, to say the least, not the target demographic for this IP in charge of its marketing raises certain questions, like why she’d want this job in the first place. If Emily Bader is as tuned into the fanbase as a brand manager should be, wouldn’t she know that bringing up her pronoun nonsense with them is barking up the wrong tree? This is a masculine, military-based action franchise, not an off-Broadway revival of Hairspray.

But she knows that; she’s doing this on purpose, like the rest of the activists slowly – or rapidly, as the case may be – worming their way into all the things they don’t like and forcing their socio-political rules and rituals into them. You can shrug this off as just a silly person being silly, causing a minor annoyance for a bunch of fans (who, you’ll note in the video, are also being forced into masks and, thus, have suffered more than enough already), but, as the saying goes, this is how it starts. According to her Linkedin profile, Bader has been the brand manager for GI Joe (and Dungeons and Dragons, so Erudi had better start asking the Geeks + Gamers Tabletop players about their pronouns every week) for three months, which means she started right around the time the Comic-Con panel was held. In other words, she hit the ground running with her activism, and I think it’s fair to wonder if that’s her main goal with this position. I don’t know how much influence she has over the actual GI Joe products Hasbro makes, so it’s not definite that stores will soon be inundated with the GI Joe non-binary line (GI Indeterminate), but it’ll be funny if fewer and fewer fans show up to coming events.

Do you think having GI Joe representatives emphasizing pronouns is a big deal or just an eye-roller? Is the Real American Hero about to go woke? Would Cobra Commander have given up his dream of world domination if someone had thought to refer to him as xe/xem? Let us know in the comments, and stick around Geeks + Gamers for more on the tedious politicization of everything that used to be fun!

Update: Bader responded to a commenter critical of her pronoun demands by saying that it isn’t Hasbro’s policy but she does this on her own whenever she makes an introduction because she’s a “pride champion” for Hasbro. 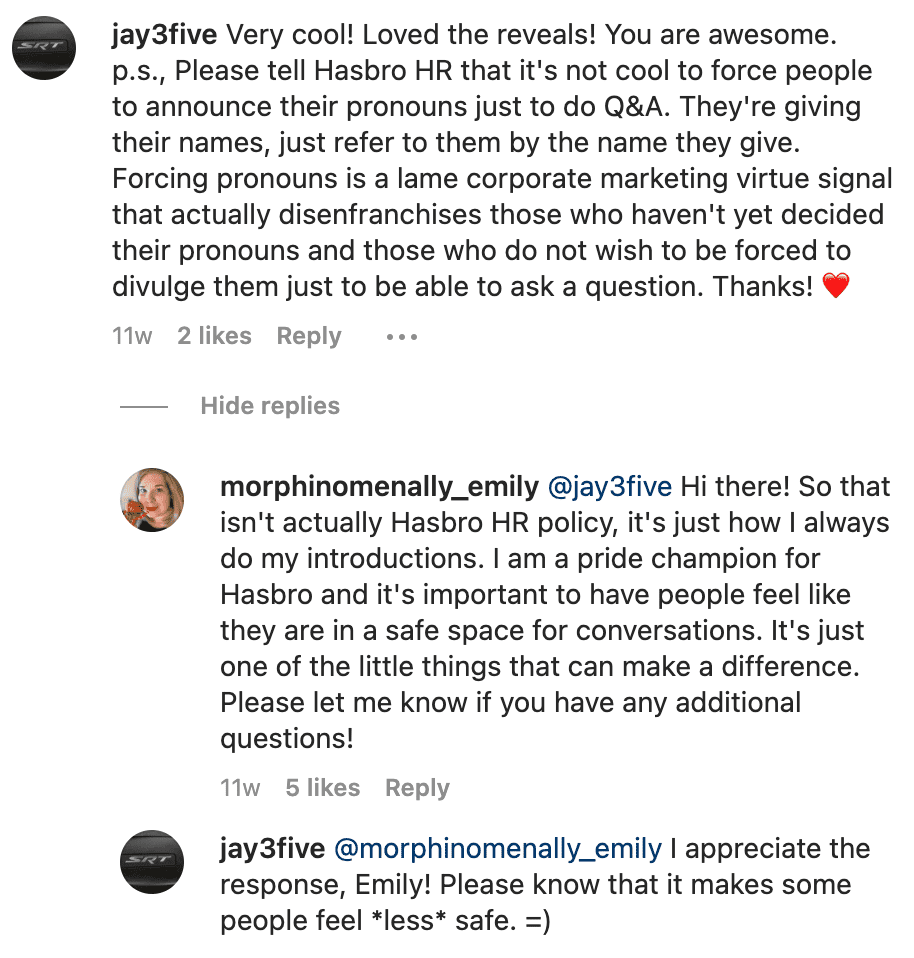 Okay… it isn’t Hasbro’s policy, but she’s a “pride champion” for Hasbro? These seem like conflicting statements; at first, it looks almost like Hasbro wanted her to distance them from the situation, but if she’s saying she’s their “pride champion” and she did it in that capacity, either Hasbro didn’t ask her to cover for them or she’s doing a poor job of it. But if it’s true, her hiring makes a lot more sense; Hasbro bringing on a “pride champion” and having them act as brand manager means they’re trying to woke-ify GI Joe and their other properties. In that case, whether they knew she was going to do this or not, she tacitly had their blessing, and it’ll probably get worse from here.

Jeremy had a few things to say about this as well on the Geeks + Gamers YouTube channel:

I wish i was there. So I can tell her to ‘go fk herself’.