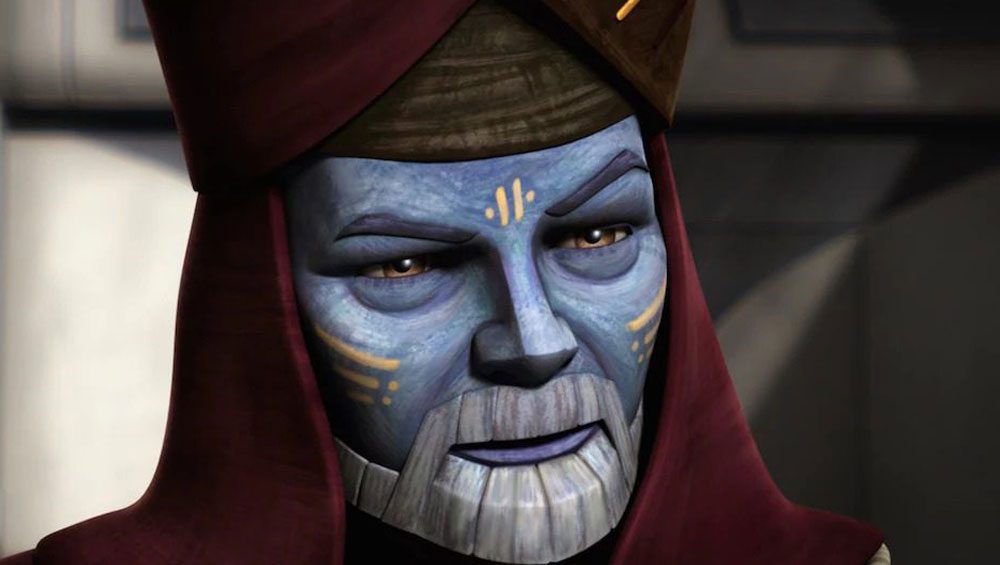 In a recent interview, Entertainment Weekly asked Mandalorian showrunners Jon Favreau and Dave Filoni who they would like to appear on the series. After praising actors like Werner Herzog and Mark Hamill for their work on the show, the two selected George Lucas. Filoni pointed out that Lucas has appeared in Star Wars before as Baron Papanoida in Revenge of the Sith, a character with a larger role in The Clone Wars. Check out an excerpt from Filoni here:

“He’d have to be the son of Baron Papanoida or something like that. I don’t know. I wouldn’t even speculate on that.”

Lucas has been enthusiastic and eager to help the two men with their show and was seen on set before.

I have to concede that, as EW says, this seems unlikely to happen. But it’s cool that Filoni is still on great terms with his master from The Clone Wars, and it has to be surreal for Favreau to have George Lucas’ blessing. Aside from Lucas being retired, I can’t imagine Papanoida (or a relative of his, as Filoni jokes) would warrant a cameo in The Mandalorian. I can understand wanting to pay homage to the man who created the world they work in, though.

What do you think? Do you want to see George Lucas in Star Wars again? Let us know in the comments!