Mallrats Sequel May Go To Peacock 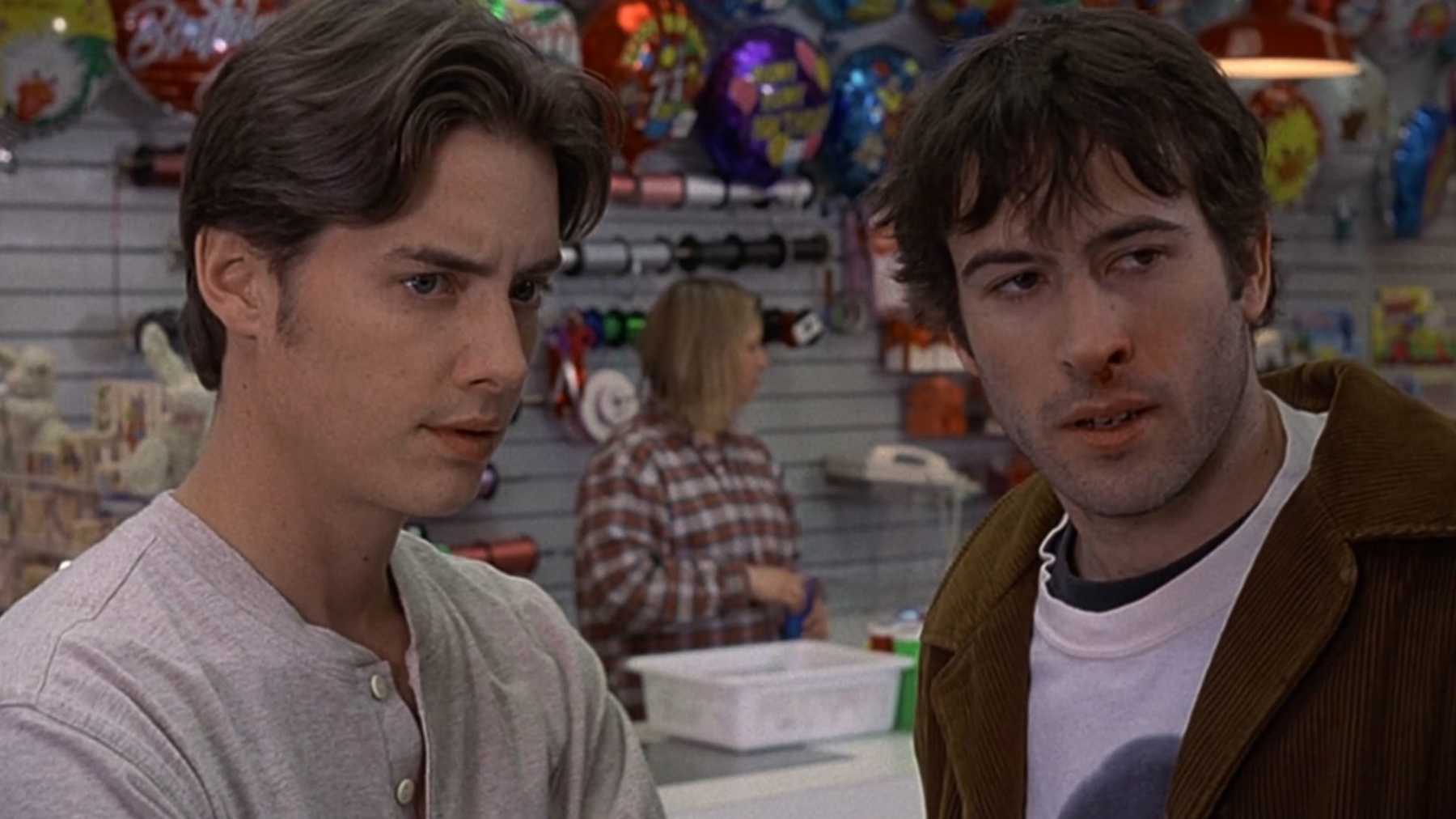 UPDATE: JoBlo’s full interview with Kevin Smith is now online. It’s well worth a watch, as it fleshes out Smith’s plans for Twilight of the Mallrats and gives information on how it and Clerks III came about, plus Killroy Was Here. Watch below:

You may not have to leave your home to go to the mall. In an interview with Joblo about Killroy Was Here, a film he made and will release exclusively as an NFT (which is – I think – art released digitally; Tuggs explained it to me a month or two ago, and despite her best efforts, that’s the best I could understand), Kevin Smith discussed the possible avenues for him to finally make a sequel to his second movie, Mallrats. The sequel, which is called Twilight of the Mallrats, has a script written, and most of the original cast is ready to reprise their roles, but Universal owns the rights to Mallrats, so he has to go through them to do it. Since Mallrats didn’t exactly light the box office on fire, they’ve been reluctant to greenlight another one. So Smith is pursuing different options within Universal, the likeliest being NBC’s streaming service, Peacock. Whether this would be the movie as it’s written or a TV series is unclear. Smith also said he’s working on another project for Peacock; if that goes well, perhaps they’ll be willing to give him a shot at resurrecting Mallrats.

This would make me happy, and not just because I already subscribe to Peacock. Kevin Smith has been trying for years to get a Mallrats sequel made, and even now, after working on so many other movies and series, even bringing Clerks III to life, he’s still dedicated to it. (To be fair, not all of his endeavors have been hits.) A lot of this stems from the death of Jim Jacks, one of the producers of Mallrats who’d remained friends with Smith and was constantly pushing to make a sequel. I do wish Smith went with his original concept, which he titled Die Hard in a Mall, but since he repurposed elements of the plot for Jay and Silent Bob Reboot (although it sounds like it would have worked better in Die Hard in a Mall), Twilight of the Mallrats is likely something completely different. Smith has said it will involve Brodie’s daughter, which is… fine, I guess, but he did that with Jay in Reboot, and while I thought it worked there, I worry about a rehash. But I’ll see this no matter what happens; Kevin Smith’s View Askewniverse means too much to me.

Do you think releasing Twilight of the Mallrats on Peacock is a good idea? What’s your favorite Kevin Smith movie? Are Jay and Silent Bob going to try to s,abotage a Bachelor-style reality show at the mall this time? Let us know in the comments, and stay tuned to Geeks + Gamers for more ghosts of Jersey!