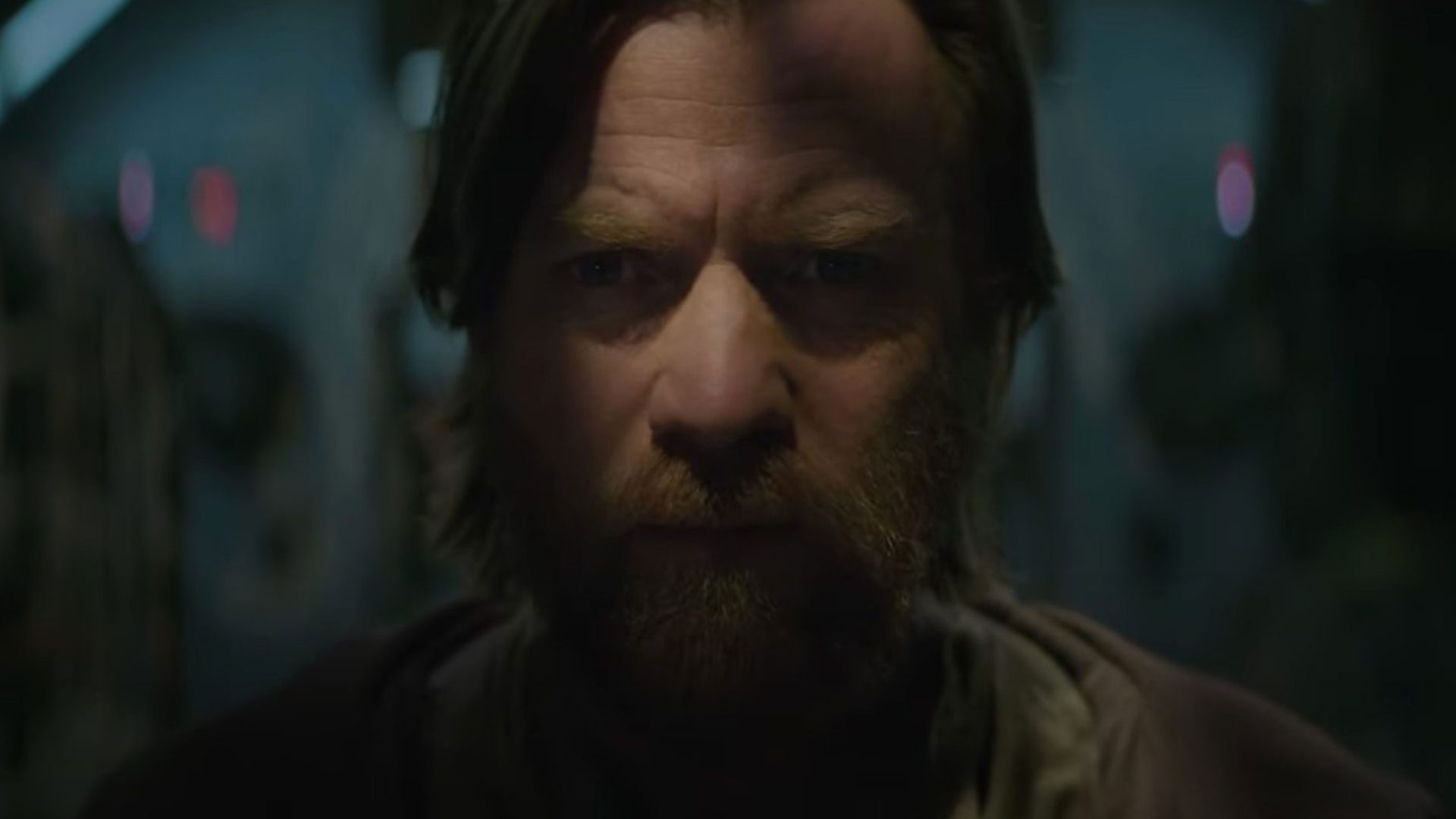 Star Wars Day has arrived, and with it, a full trailer drop for Disney+’s new much-anticipated series, Obi-Wan Kenobi. I’m just going to jump right into it because OBI-WAN!

The trailer opens with a LUCASFILM title card overlaid by an updated version of “Duel of the Fates” (right in the feels), which was also heavily featured in the teaser trailer we got for Kenobi a month ago (also right in the feels). We see clips of Stormtroopers marching through what appears to be Coruscant; the lighting here is dark, gloomy, and threatening. Obi-Wan’s voice is heard saying, “They’re coming. Stay hidden or we will not survive.” It’s unclear who he’s talking to or even about, but I suspect Star Wars fans already have a lot of theories. We get our first real look at the Inquisitors as they patrol the planets looking for Obi-Wan. Cue a couple of fight scenes, some lightsabers, and what appears to be a survivor of Order 66(!), and you have one heck of a trailer. We also get a small look at Darth Vader at the end of the trailer, with Reva (Moses Ingram) screaming at Obi-Wan, “You can’t escape him!” Title card, end credits, release date, and scene.

I’ve been excited for this show ever since it was first announced. The teaser trailer got me even more excited, and this final trailer? It’s the extra fry at the bottom of the bag. “Duel of the Fates” being so prominent in both trailers is a blatant choice that I absolutely love. My favorite scene in this trailer is the quick clip we’re shown of Obi-Wan talking to Owen Lars (Joel Edgerton, who doesn’t age at all, by the way) about Luke: “When the time comes, he must be trained!” Owen responds to this with, “Like you trained his father?” WHOA there, buddy, let’s reign in the sass. (Is he wrong, though? Not really.) Getting that tiny glimpse of Darth Vader at the end was a nice touch. Simple, nothing super revealing at all, just enough to remind you he’s there. Honestly, Vader’s presence is looming over this whole story; you can feel it just by watching the trailer. They didn’t even need to show him. I know I’m in the minority here, but I’m really looking forward to seeing him and Obi-Wan meet again. It’s going to be heart-wrenching to watch him realize not only is Anakin still alive, but now he’s this twisted, evil, broken being completely lost to the Dark Side and the Emperor. I genuinely can’t wait to see the emotion Ewan and Hayden bring to this moment. The best thing about this trailer, for me, is that it shows a little bit of everything that this show is going to encompass without revealing too much. Much like The Mandalorian, it feels like Star Wars. I felt like a kid again watching Star Wars for the first time. I have high hopes for this series. Hopefully, they don’t prove me wrong.

Happy Star Wars Day, friends. May the Force be with you.

Obi-Wan Kenobi drops on Disney+ on May 27th.