Return of the Drive-In 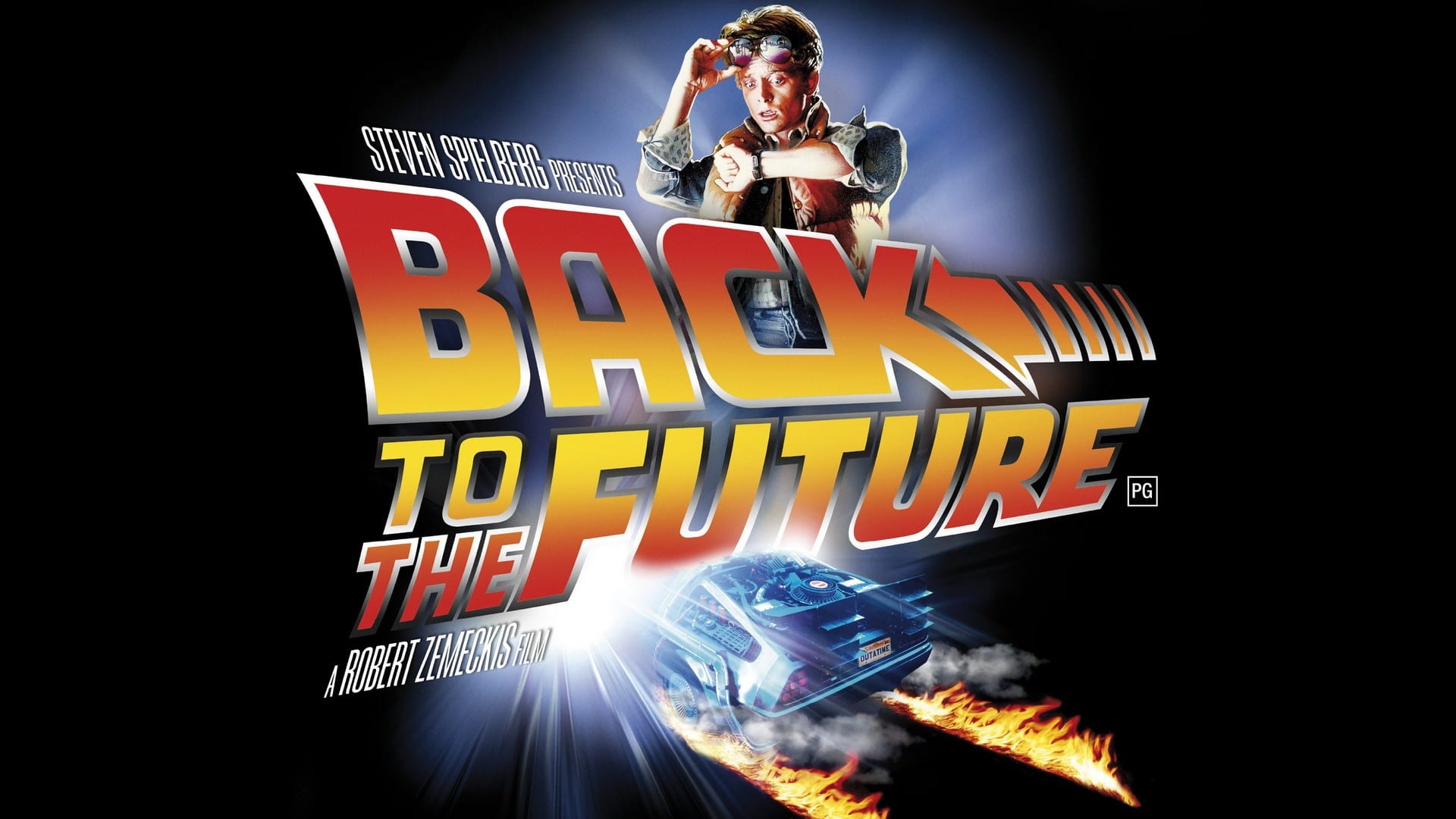 The one positive result of the coronavirus pandemic in America has been the resurgence of the drive-in movie theater. Outside of those who grew up in the odd town in fairly wide-open states, drive-ins are something most in my generation (born in 1983, which is a way of not applying the M-word to myself) know only through movies, television, and the nostalgic recollections of older folks. They’ve taken on a mythic quality in their absence, a forgotten communal experience where families had a night out, teenagers necked as the monsters roared and their popcorn spilled, and a group of friends could hang out and see a show without worrying about disturbing others – or being disturbed themselves. My father used to speak lovingly of the drive-in and lament that it was something I’d likely never experience.

Then 2020 became a thing, and movie theaters, among most other businesses, were forced to close down in the midst of the COVID-19 outbreak. Suddenly, something as commonplace as going to the movies became an increasingly distant memory, and new films were either postponed or released directly for home consumption (and you can make all the snide remarks about your surround sound and the lack of talkers you want; you know it’s not the same). But alongside this adjustment, entrepreneurial minds across the country – and around the world, it’s safe to assume – have begun to open drive-ins wherever they can. And they’re a hit! People are going back to the movies, and back to one of the old ways of going to the movies. Even more fascinating, it’s not the newer movies that are bringing us to the drive-ins, but the classics that play alongside them.

One such drive-in is in Staten Island, New York, where I live, and it’s operated by Juicy Lucy BBQ, a relatively new restaurant. Juicy Lucy’s owner, Ritchie Holmes, began the experience, which is officially called “A Flick and a Feast,” on Independence Day weekend, and now the drive-in is in full swing. There’s a different movie shown every night of the week, save for Mondays when the restaurant is closed. The presentations are all older films (the most recent one I’ve seen listed is 2017’s It), and they have something for everybody; slashers like Friday the 13th and The Texas Chain Saw Massacre; Pixar hits like Toy Story and Monsters Inc., and beloved classics like Jurassic Park and Ghostbusters (the real one). And Juicy Lucy’s barbecue food is available while you watch, with some traditional movie snacks like popcorn thrown in to complete the ambiance. This past Friday, August 7th, a friend and I went to our first drive-in experience at Juicy Lucy, and it was wonderful. Since a lot of our readers have probably never been to one, here’s how it works.

First, you order your tickets online at the A Flick and a Feast page on the Juicy Lucy website. You select the night and showing you want to attend – either 5:00 or 8:15 – and purchase the ticket; you also give them the make and model of your vehicle so they can arrange the cars in such a way that no one’s view of the movie is obstructed. On the night of the show, you drive into a parking lot directly in back of the restaurant. At the entrance, there are attendants who ask for your proof of purchase, then hand you a food tray, plastic utensils, and a paper menu, as well as a paper with a number for your car so the waitresses know who you are. Then they point out your parking spot so you can settle in; the cars all have eight feet between them to adhere to social distancing regulations, and you’re asked to stay in your vehicle unless you need to use the restroom, where similar social distancing measures are taken.

The drive-in screen is situated against the back of Juicy Lucy, big enough for everybody to see (though we were in the front row, so I guess that’s easy for me to say). In the old days, so my parents have said, each car was given a speaker that went through their window so you could hear the sound, but that’s not the case anymore, at least for A Flick and a Feast; now, you simply tune the car radio to a particular station. This is not only easier, but was more convenient for us because it was raining on Friday. Before the movie begins, a waitress (wearing a face mask, again in compliance with safety regulations) comes by to take your order; if you’d like to order anything later on, there’s a phone number you can call (718-980-JAWS; I kid you not). The food is delivered in disposable containers and held in plastic bags, with plastic utensils. I’d never eaten at Juicy Lucy before, but I was impressed with my tasty brisket. While you wait, the drive-in screen alternately shows advertisements for local businesses, a message from Mr. Holmes, and an intro reel with classic movie lines from the likes of The Godfather, The Terminator, and Dr. No (no points for guessing what they are). Then, it’s time for the movie, which, in our case, was Back to the Future.

You don’t need me to tell how amazing Back to the Future is; how it combines comedy, adventure, romance, and family, all under a science fiction umbrella; how every role is perfectly cast, including the almost torpedoed Michael J. Fox as Marty McFly; how Christopher Lloyd’s Doc Brown is one of the all-time great movie characters; how even the most ruthless villains of today can’t hold a candle to the all-too-believable jerkiness of Biff Tannen (give or take a Thanos); how every technical aspect, from the special effects (the Flux Capacitor is a small Y shape with some dull flashing lights, and its simplicity only compounds its mystique) to the staging (Marty slowly coming into view as he realizes he’s sitting next to his dad) to the sets (Hill Valley is alive) to the score (that theme goes from pulse-pounding to heartfelt with ease) is exactly right; how foreshadowing is used expertly, even when subtle (Doc rewinding the final moments of Marty’s video over and over); how the theme of standing up to bullies is at least as relevant in the current year as it was in the Reagan era.

However, Back to the Future may be the perfect drive-in movie for people of my generation and the next, because it’s about a kid who went back in time and got to experience the world in which his parents grew up. Marty McFly watches his mom and dad wrestle with adolescence, and not only does he help them improve their lives in the future, but he gets a better understanding of them through hanging out with them when they were his age. He drinks in a swinging 50s diner, watches his mother’s family get their first TV, and lives through a form of unchecked bullying even kids in the 80s couldn’t have conceived. He finds out that his mom was a fun-loving kid trapped in the strictures of her society, and that his dad always wanted to write sci-fi stories. Similarly, the return of the drive-in allows us to experience something that was a part of our parents’ development, a piece of their lives that can now be a piece of ours, if only temporarily.

And I hope like hell that it isn’t temporary. Once this tempest abates and things return to normal, I imagine drive-ins may once again fade into obscurity, if not outright obsolescence. But wouldn’t it be great if they held on this time? This should be a wake-up call to our culture, a reminder that we often throw the baby out with the bathwater when we modernize our rituals. I don’t know what the plan is for “A Flick and a Feast,” but I’d love for it to remain a Staten Island fixture. It likely won’t make sense to have it every night as movie theaters reopen and Hollywood’s newer output pulls in moviegoers, but maybe it could run on the weekends, showing a classic for people who want to escape modernity and remember when you could pull into a parking lot with your buddies or your girl and watch movie magic play out against the night sky, surrounded by nothing but America.

The drive-in in my town reopened this summer after closing a few years back. People flocked to it instantly. There is a clear demand for drive-in theaters again, and I hope they’re here to stay.

Absolutely. It’s such a fun time. It’s nice your town hung onto it as long as it did.

I like the idea of a drive-in, but both times I’ve been in a drive-in theater it started to rain half-way through the screening. I should pay more attention to the weather app, but when I find myself in a mood for something specific I tend to make an impulsive decision.

It rained when I went too. I was annoyed at first, but it didn’t end up being a problem, until the waitress came to the window.

There is one about 40 minutes from my house ive been going to for years so its nothing new for me personally however its been pretty nice seeing a bunch of classic movies that were release either when i was young or before i was born on the big screen.

It’s nice that some places still have them. I really hope this one stays.