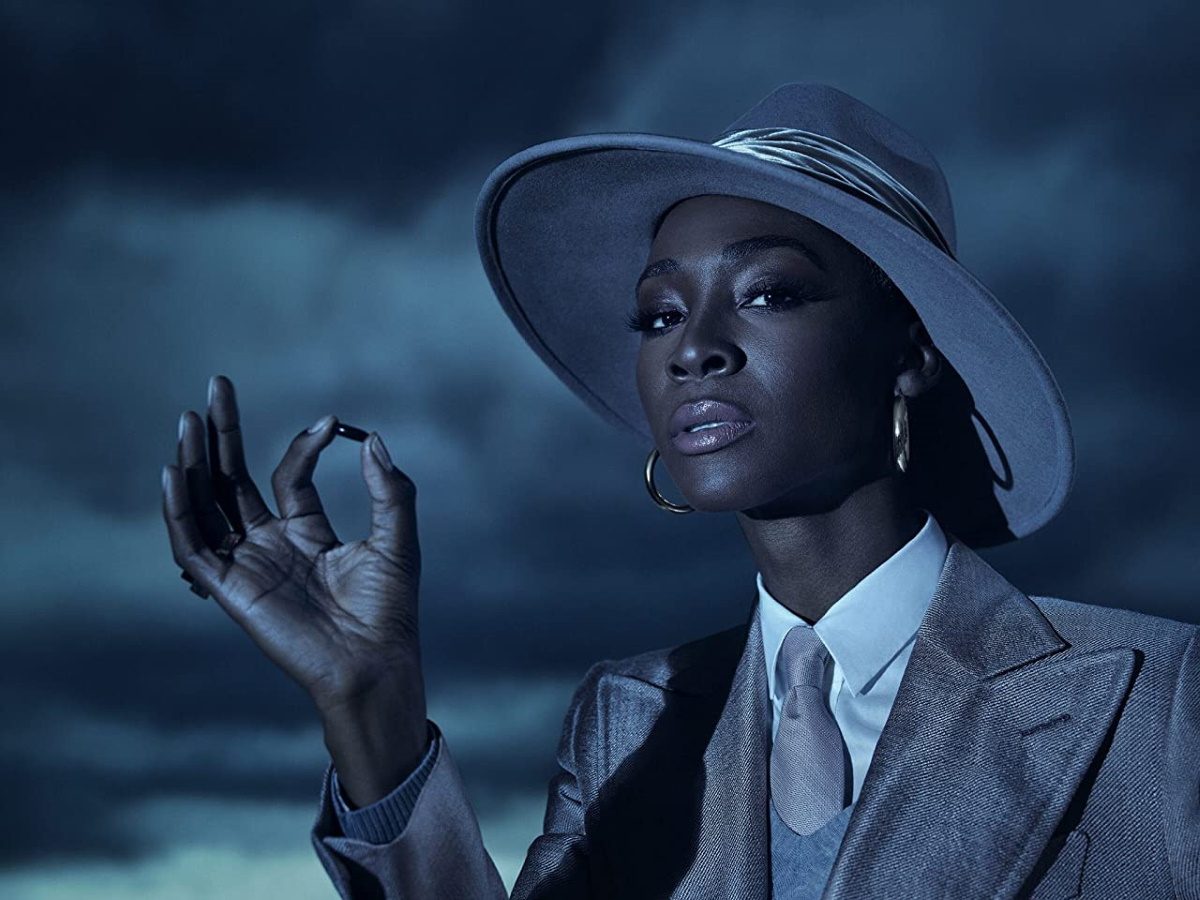 “Blood Buffet” is a flashback episode, turning the clock back five years to when the Chemist arrived in Cape Cod. She meets Mickey at The Muse and pays him to come home with her. All she wants is to talk, and while Mickey rejects her offer to take the black pill, he agrees to send people to be her as test subjects for $50 a pop. The Chemist’s clients include Belle and one of the future pale people. Belle goes from a mediocre romance novelist to a sensational author overnight and takes Austin from failed drag queen to esteemed playwright with the pills.

“Gaslight” opens with Doris and Harry finally having their baby. Harry is distracted from any potential excitement and joy, though, by the scent of Doris’ bloody rags. He drains them as soon as she falls asleep. Doris wakes up back at the house surrounded by her family and Ursula and goes into hysterics, terrified to still be in the Cape. Karen is disgusted by Mickey’s choice to take the pill and his ensuing transformation. He invites her to go with him to Hollywood and be a “power couple,” but she sharply declines. Doris finds Alma drinking the baby’s blood and passes out. Harry berates Alma for this behavior, and she lashes out, again telling him they don’t need Doris. Harry warns her that if she does anything like this again, she won’t be given any more pills. Alma takes Doris her medication along with one of the black pills, but she refuses to take it, running out of the house. She’s swarmed by the pale people, and Harry convinces her to come home where it’s “safe.” Belle asks Karen to get the Gardners’ baby for her, and she sharply declines. Karen goes to Mickey and asks him to help her get the Gardner baby and protect him. Alma tries again to convince Doris to take the pill, and this time, it works. Mickey and Karen break in to steal Doris’ baby, but when Karen sees Doris turning into a pale person, she runs away. Mickey gives her an ultimatum, handing her a black pill and leaving her surrounded by pale people. Reluctantly, she takes the pill. Doris shaves her head and tries to kill the baby, but Harry stops her and locks her in the bathroom. Mickey encourages Karen to try her hand at painting now. Harry releases Doris into the wild. Rather than teaming up with Mickey, Karen kills him, leaving his corpse on the beach as she paints. Then she slashes her wrists and walks into the ocean.

“Blood Buffet” and “Gaslight” are an explosive pair of episodes. I quite enjoyed the backstory they gave The Chemist, of whom we’ve seen very little so far. I still have questions about her, though; I can’t help wondering why anyone would be comfortable playing with fire like this. She must have the morals of a serial killer to willingly watch this happen to people and continue with her work. I imagine she’ll be eaten by one of the pale people in the end. 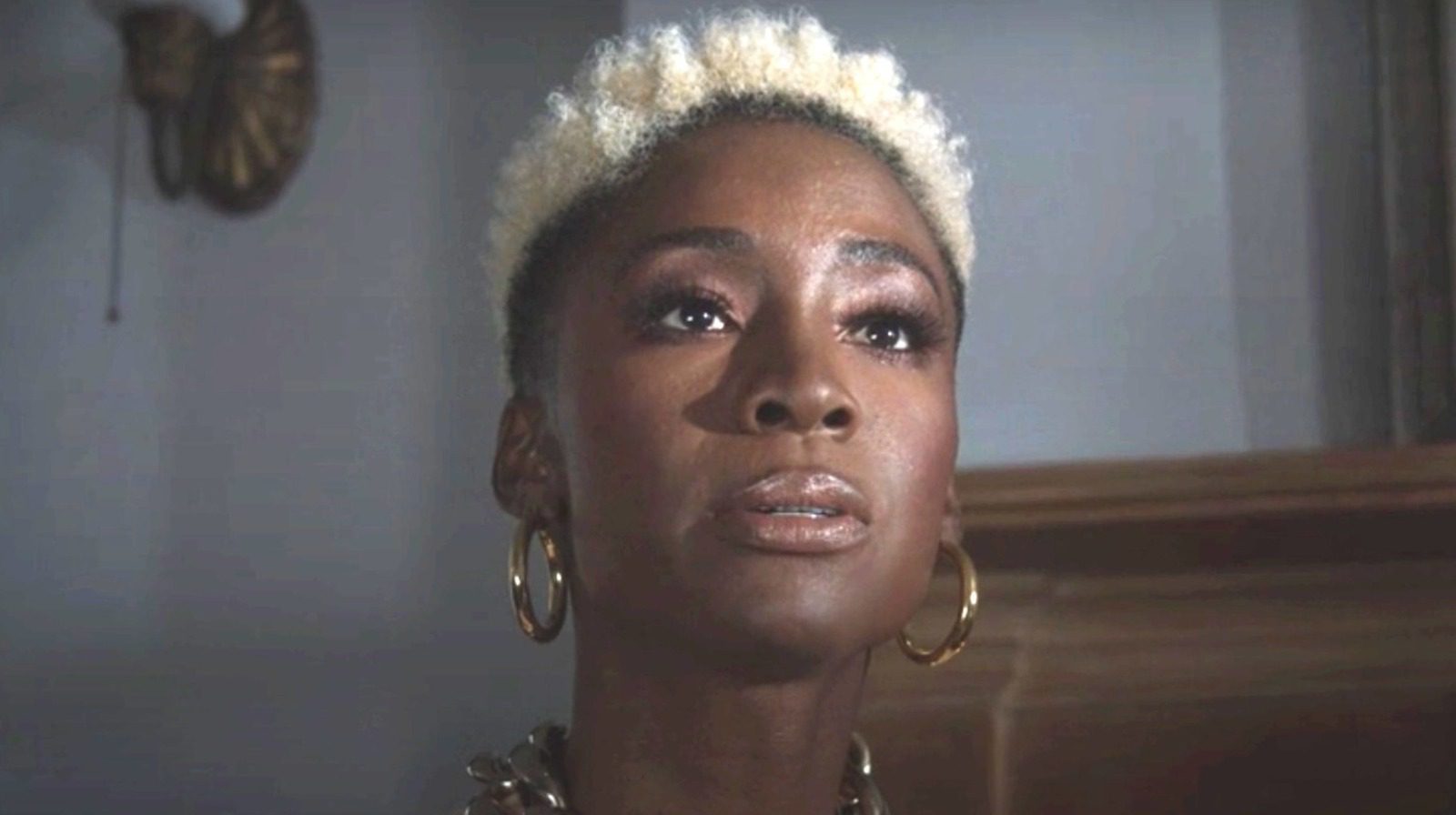 What really struck me about this episode, though, was Belle’s former life, especially her husband. I felt for this guy one time in “Blood Buffet”: when he remarked that she wrote books about sex all day but hadn’t touched him in two years. Taken in isolation, this is an understandable reason for him to be frustrated with Belle and even willing to leave. But the way he talks to Belle and the blatant disrespect he shows for her work is just appalling. Not to mention that after he cheats on her, he intentionally tells her in the most painful way possible after again dismissing her writing. Speaking of her writing, the idea of George Washington erotica is hilarious, and the excerpt she read had me in stitches. I find it interesting that they’ve explained how the pills only work on people who already have some talent. However, in Belle’s case, as well as Harry’s, it seems like they really weren’t good before they took the pills. Is this just to enhance the effect of the pills for the audience’s benefit, or are the writers trying to tell us something? Regardless, I think this was a great episode. They genuinely got me to feel sorry for Belle and Austin, which I wouldn’t have thought possible. The way the other drag queens picked on Austin was just sad. Their deaths, however, were pretty funny. There’s also a lot of dramatic irony present, like Mickie insisting he’ll never take the pill when he just did in the previous episode (set five years after this one). Great stuff. 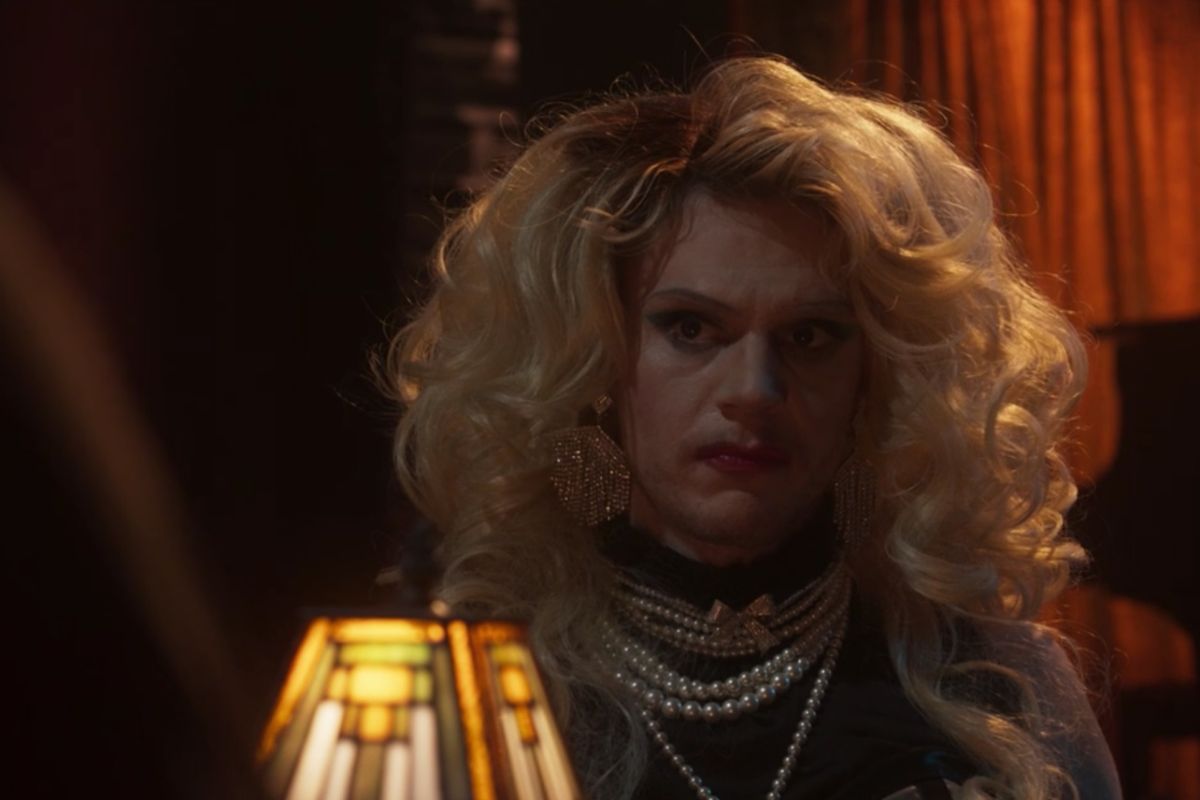 However, I like “Gaslight” even more because it returns the focus to the Gardner family. Ryan Keira Armstrong continues to kill it as Alma; seriously, I can’t believe how scary and unsettling this little girl is. She’s also infuriating, like when Doris catches her feeding on her baby brother. Is there anything worse they could have shown this child doing? The way she talks about her mother being untalented is just chilling, and I knew her sweet talk about the pill was a trick. I’m somewhat annoyed, though, that Harry and Alma were right about Doris. It would have been really cool if she had taken the pill and turned into an amazing interior decorator. What if Doris, who everyone said had no talent, ended up becoming the most impressive family member? But American Horror Story is no stranger to tearing families apart in the most disturbing ways, so I’m not surprised. I hate that this had to happen because Doris was the only nice Gardner, and I was hoping Harry’s slights against her skills and career would be proven wrong. Most egregious, though, would have to be Harry’s ultimate decision to release Doris. He even says this is probably better for her than their inevitable split would have been. Seriously, this guy sucks. He’s almost as bad as Belle’s husband, and in this case, he’s the one who got his way! Much less cathartic than Belle killing and draining that human pile of feces. I also wonder if Ursula is trying to worm her way into the Gardner family and replace Doris. 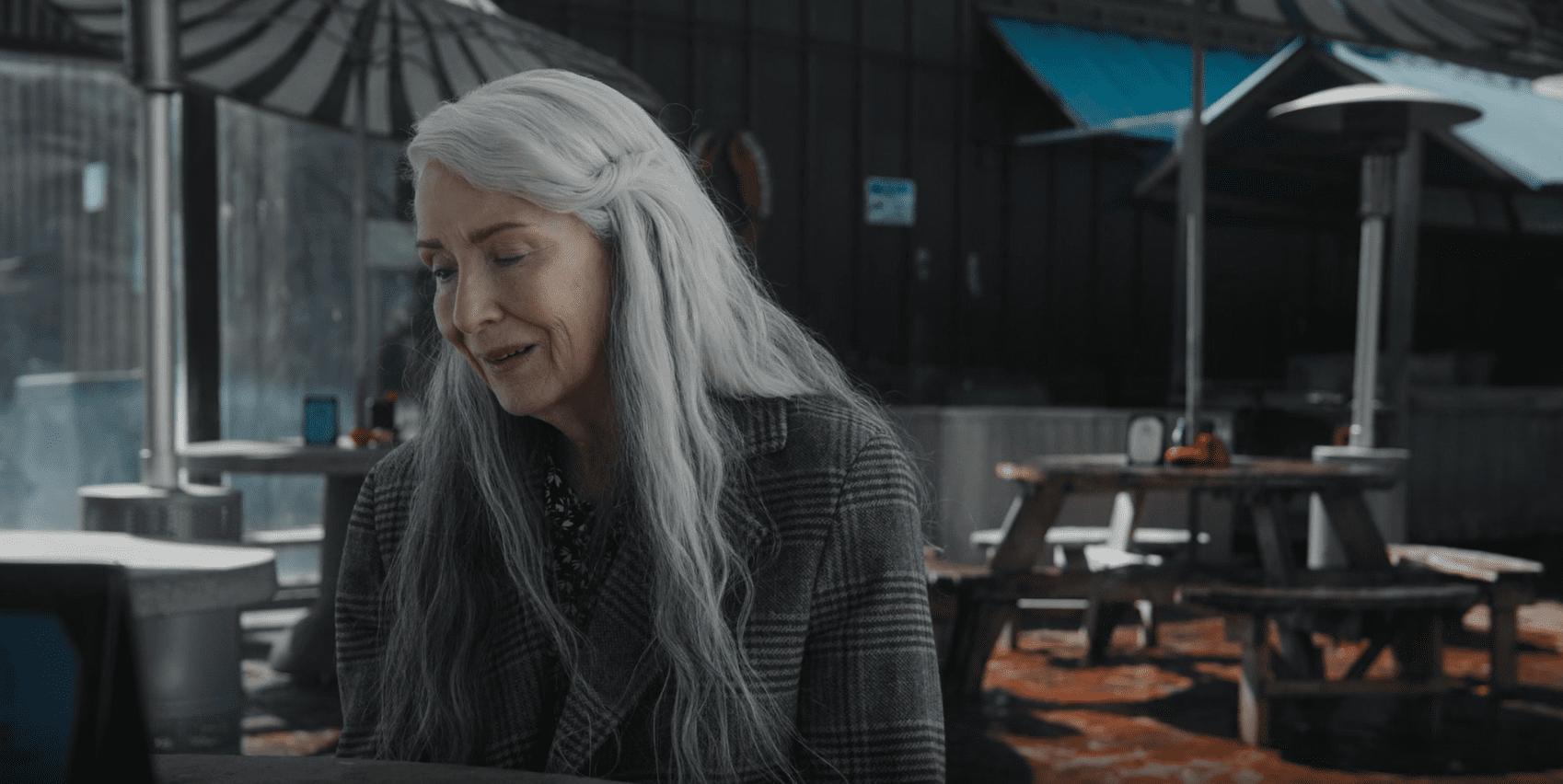 The fate of Mickie and Karen was sad, especially the latter. I called Karen a hypocrite because she acted like she was better than the likes of Belle but still kidnapped babies for her to eat. It was actually really nice to see Karen try to do the right thing and protect the baby.  I don’t understand why seeing Doris as a pale person didn’t encourage Karen to try harder to get the baby, but oh well. 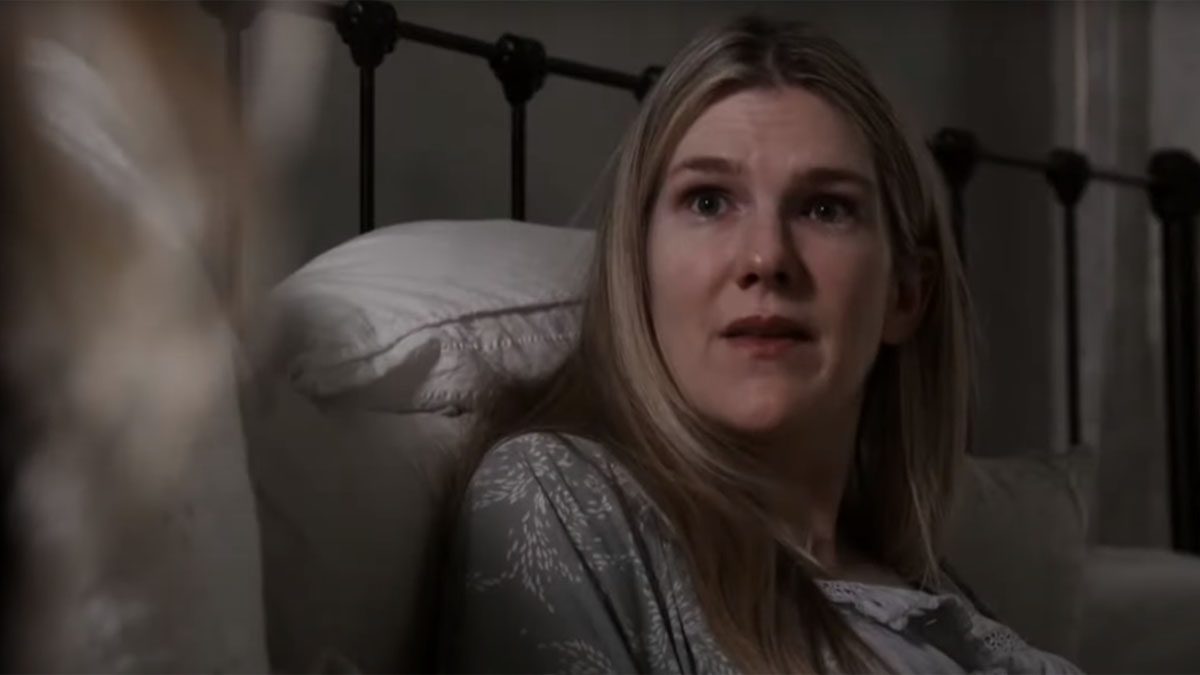 Overall, I think “Blood Buffet” and “Gaslight” are both good episodes of American Horror Story. It was interesting to see several of the major characters’ backstories in the former, but “Gaslight” is the showstopper with its family drama and tragic outcome.

Overall, I think "Blood Buffet" and "Gaslight" are both good episodes of American Horror Story. It was interesting to see several of the major characters’ backstories in the former, but "Gaslight" is the showstopper with its family drama and tragic outcome.