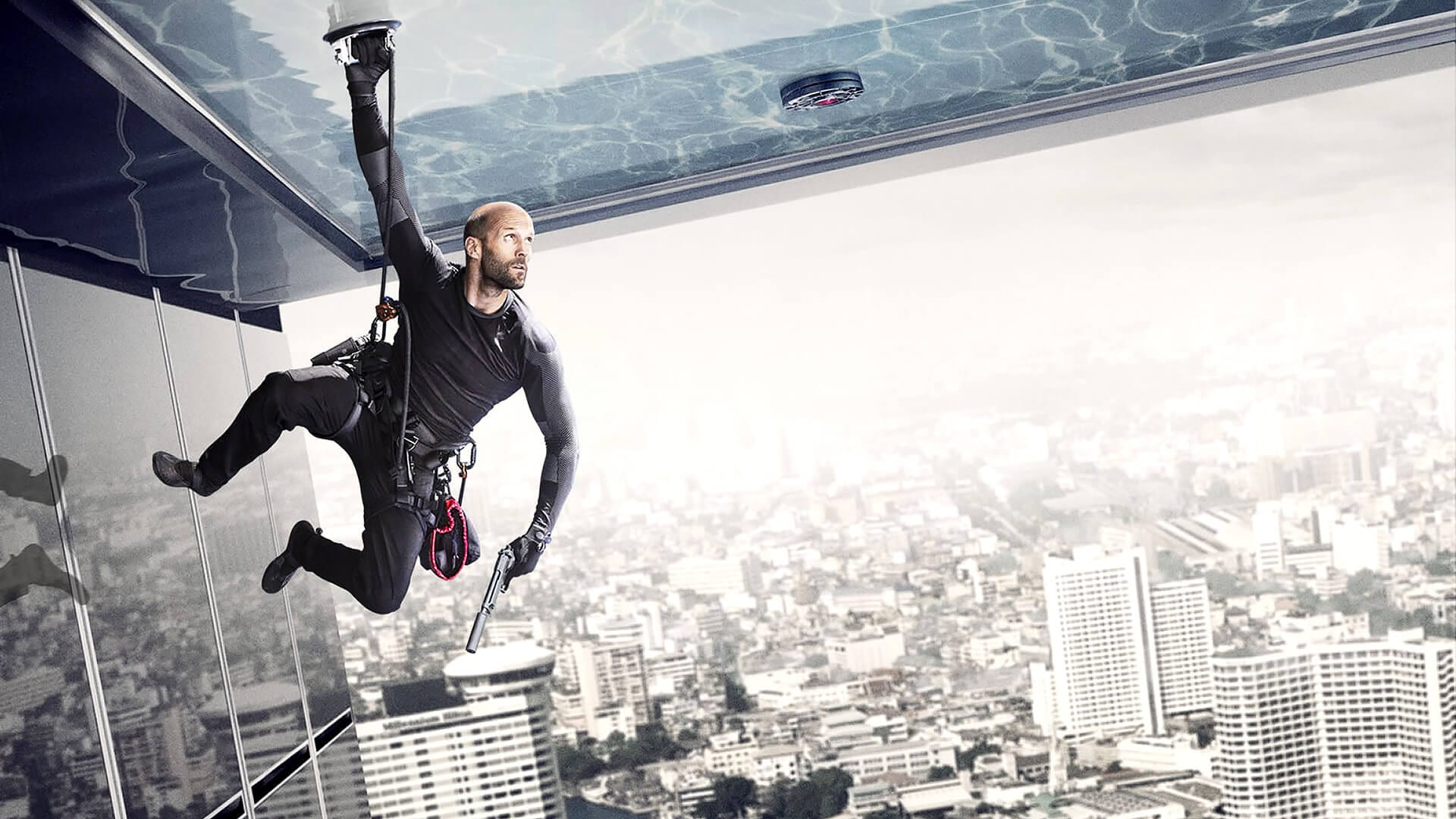 August is commonly known as a dumping ground for the bottom-of-the-barrel movies that won’t get any traction during the higher profile summer months, but I tend to find that there are some gems hidden in the season’s twilight weeks. People seem to be having a great time with Don’t Breathe, which is by all accounts a fun thriller with a great performance by Stephen Lang. As for me, I really liked Mechanic: Resurrection, a fast-paced and hard-hitting action flick starring my favorite modern action hero, Jason Statham (more on him in the coming days).

After the events of the previous film, the world believes professional assassin – or “mechanic,” in the movies’ parlance – Arthur Bishop (Jason Statham) is dead, and Bishop is just fine with that. He lives a quiet life on a boat, sailing from exotic shore to exotic shore and letting his facial hair grow just short of a beard (the agreed upon cinematic symbol of a former warrior who’s left the killing behind). Soon, though, his retirement is cut short when two different forces enter his life: a mysterious criminal mastermind who wants Bishop to come out of retirement and a beautiful woman (Jessica Alba) who needs his help.

Mechanic: Resurrection hits the ground running, getting Statham into a great fight scene within the first ten minutes. Statham’s best fights are the ones where he utilizes his surroundings, and this time he’s at an outdoor restaurant in Rio de Janeiro, so it isn’t long before tables are being flipped, knives are being thrown and flaming hot grills are barbecuing bad guys. This is why Statham is such a breath of fresh air these days; nobody else really does this kind of action anymore, especially with the style and screen presence he exhibits. As the movie goes on, the action rarely lets up, with more fistfights and shootouts, interspersed with some of Bishop’s patented kills, where he makes his hits look like accidents. Above all, action movies need to be fun, and Mechanic: Resurrection had me smiling throughout. 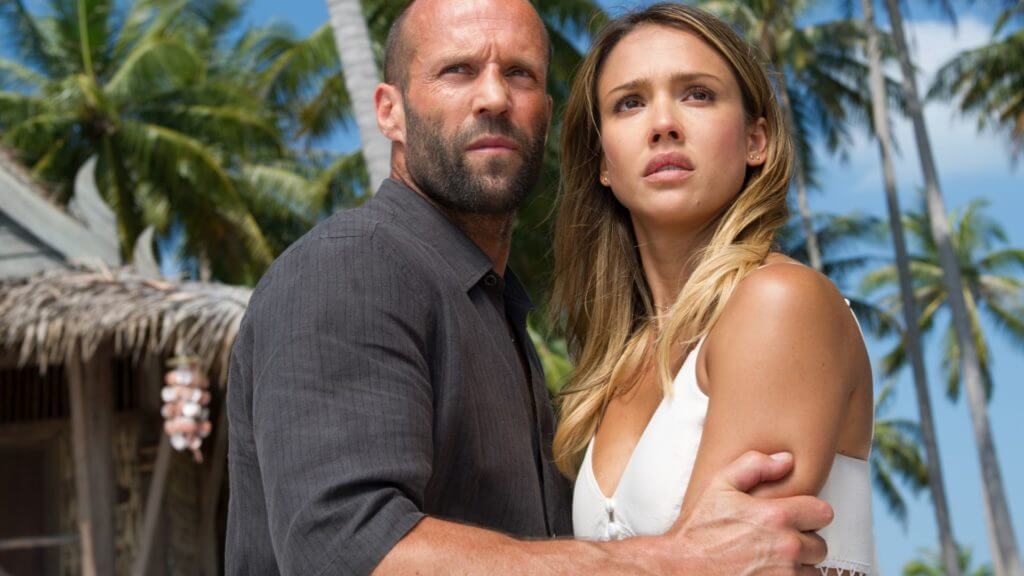 As far as the plot goes, well, Mechanic: Resurrection is a bit of a mixed bag. I like parts of it; the villain being a figure from Bishop’s past makes sense, given the great lengths to which he goes to draw Bishop into his scheme. Less successful is how Gina, the Jessica Alba character, fits into things. She runs a medical relief/teaching program for impoverished kids, and the villain tells her he’ll sell her kids into slavery if she doesn’t manipulate Bishop into falling in love with her, then get kidnapped by the bad guys so Bishop will complete the hits in return for her release. Um… what? This is the easiest way to secure Bishop’s cooperation? Why pick some random aid worker? Why not a prostitute – you know, someone specifically skilled in the art of seduction? For that matter, why not just kidnap Michelle Yeoh’s character? I’m sure Bishop wouldn’t leave her to die either. However, Alba is actually pretty good in her early scenes, and when she and Bishop fall for each other, it feels genuine, if rushed. I don’t buy that theirs is a fairy tale romance, but I believe he wouldn’t let some evil gangsters kill her. I also thought it was a neat twist to get her deception out of the way early, so they didn’t drop it like a bomb halfway through and make us question whether Bishop would abandon her. For a while, I wondered if it would turn out her story about being kidnapped was itself a cover and she was really just working for the villain – which would’ve made more sense – but not so much.

Then there are the hits. The first one is fun and inventive, with Bishop having to disguise himself as a wanted criminal so he can be sent to the same prison as an African warlord (who says he plans on conquering “all of Africa,” which… good luck with that) and poison him from behind bars. I like this whole sequence quite a bit; it shows Bishop’s tradecraft and the meticulous detail that goes into planning a hit that looks like an accident. However, it strikes me that if the warlord were simply stabbed to death in prison, this would be considered a common enough occurrence that no one would ask too many questions. This guy, in particular, has another prisoner who wants him dead because the warlord killed his brother; in fact, Bishop actually has to save the warlord’s life so he can later kill him under more mysterious circumstances. It’s very cool, and the suspense is held up admirably, but it still feels like wasted effort.

The second is the one that starts off the trailer, where Bishop suctions under that pool that hangs off the side of a building and cracks the glass underneath so the guy falls seventy stories to his death. (Don’t worry; we’re assured he made his fortune in sex trafficking.) Again, the visuals and – forgive me – mechanics of the hit are very interesting, and it’s another fun sequence, but why would anyone ever have a pool like that? It makes absolutely no sense, even if we’re suspending disbelief (in which I’m a big believer). Even if he weren’t on Bishop’s hit list, I would think any rational person would be afraid of the pool eventually cracking. It’s forgivable because it’s a neat moment, but the leaps in logic do add up after a while. 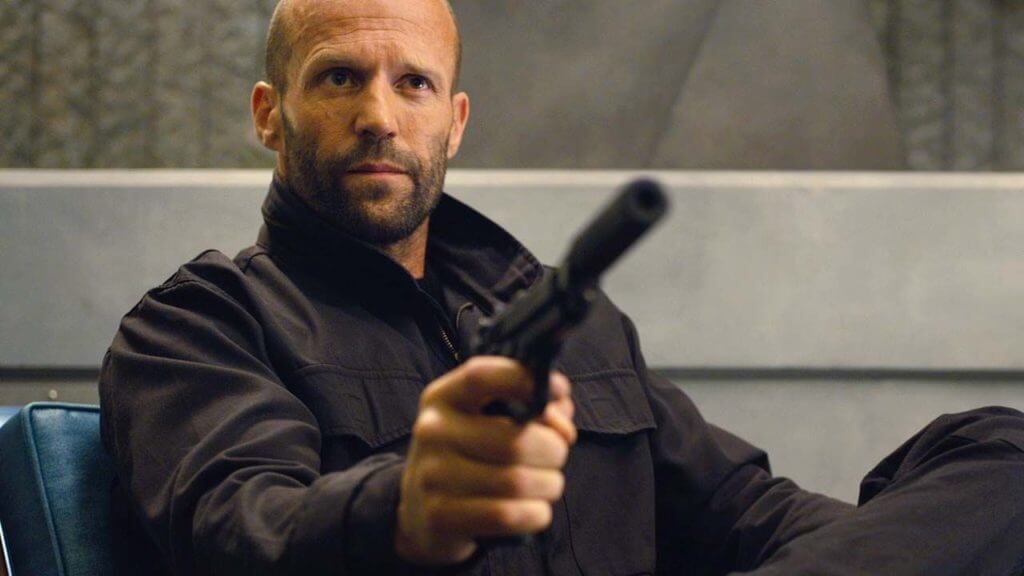 The villain himself, Crain (Sam Hazeldine), is okay. I like his backstory and the way he’s tied to Bishop, but he’s mostly there to sneer at, threaten and ultimately get killed by Jason Statham. To that end he’s fine, and I like the thematic symmetry of his comeuppance. Michelle Yeoh has a thankless role that could’ve been played by anyone. Tommy Lee Jones is barely in the film, which is the biggest disappointment. I had visions of him going into action with Statham, but instead he just allows Statham to fake his death, then disappears until the end to provide some visual exposition; I don’t think he even has five full minutes of screen time. He does have a couple of funny lines, though. Hopefully, somewhere down the road, he can be better utilized, maybe by playing a villain worthy of Statham.

My biggest worry when Mechanic: Resurrection was announced was the change in directors from Simon West (Con Air, Expendables 2, The General’s Daughter, the highly underrated Wild Card) to relatively unknown German filmmaker Dennis Gansel. Luckily, Gansel handles the action well, with no shaky cam and very fluid movements. The action is fast but coherent, and it makes for a very entertaining movie.

That number is mostly irrelevant; the real score for a movie like this is Statham/Statham. If you like Jason Statham movies (and I love ‘em), you’ll like Mechanic: Resurrection. If you don’t, you won’t. I’d probably put this somewhere in the middle of Statham’s oeuvre, but then I don’t think any two people will agree completely on his filmography. As always, though, if you want some good action as the summer winds down, Statham’s got you covered.