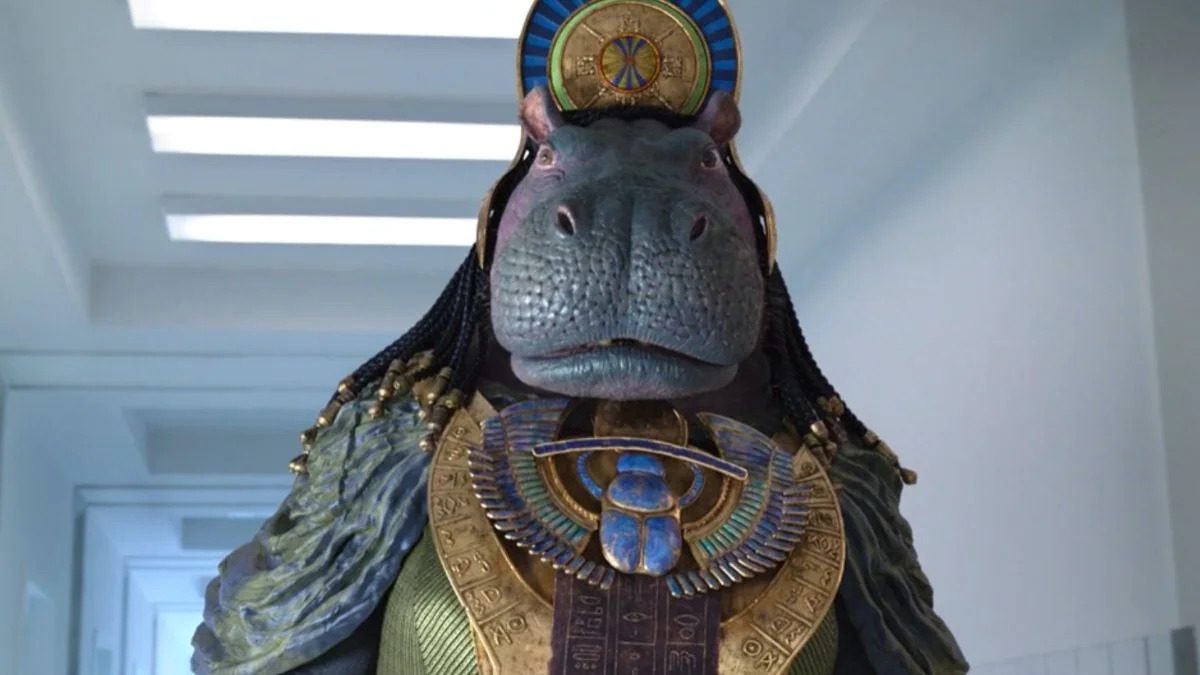 The penultimate episode of Moon Knight, “The Asylum,” was released onto Disney+ today, marking the beginning of the end of this controversial show. Following the underwhelming prior episodes, the series needed a metaphorical boost or a draw to entice waning viewers to re-engage with the show and see it through to its conclusion. “The Asylum” attempts to accomplish this and only partially succeeds. This episode is a marked improvement over the last two, especially, but this improvement is so slim that it is unlikely to be sufficient to reclaim the high viewership and acclaim that Moon Knight achieved when it first began.

All the things this episode gets right are simple victories that a first-year film student could have accomplished. However, with the unreliable skill of current Marvel writers and the mediocre-at-best quality of their other series, small wins and basic adherence to filmmaking techniques must be celebrated like a child finally potty training despite being well past the age where such a talent should be expected.

“The Asylum” finds Steven and Marc still separated, sailing down the sandy dunes of the Duat in the Egyptian afterlife toward their final judgment. Will Steven and Marc be found virtuous and reach the heavenly Field of Reeds, or will they be found lacking and dragged down into the sands of the Duat and be frozen in sand forever? To balance their scales, these two personalities must revisit their most painful memories and come to terms with their mistakes, revealing their deepest pain to each other. One set of memories, in particular, holds sway over Marc, continually counterbalancing their scales from the breadth of his guilt.

When Marc was a child, he and his brother were trapped in a flooding cave, and his brother drowned. Blaming him for his brother’s death, Marc’s mother descended into grief and madness, abusing this innocent child until such time as he could join the military and escape his tormentor. While he was a child, Marc’s shattered mind created Steven to be an escape from his mother, beginning the dissociative identity disorder which defines this series.

With their souls laid bare to one another, Steven and Marc await judgment, but it’s not enough. The souls of the dead overtake their vessel and attempt to pull them both into the sands of the Duat. Steven is taken and dragged into hell, but for some unknown reason, Marc’s scales balance at this exact moment, allowing him to pass into the Field of Reeds, into paradise. 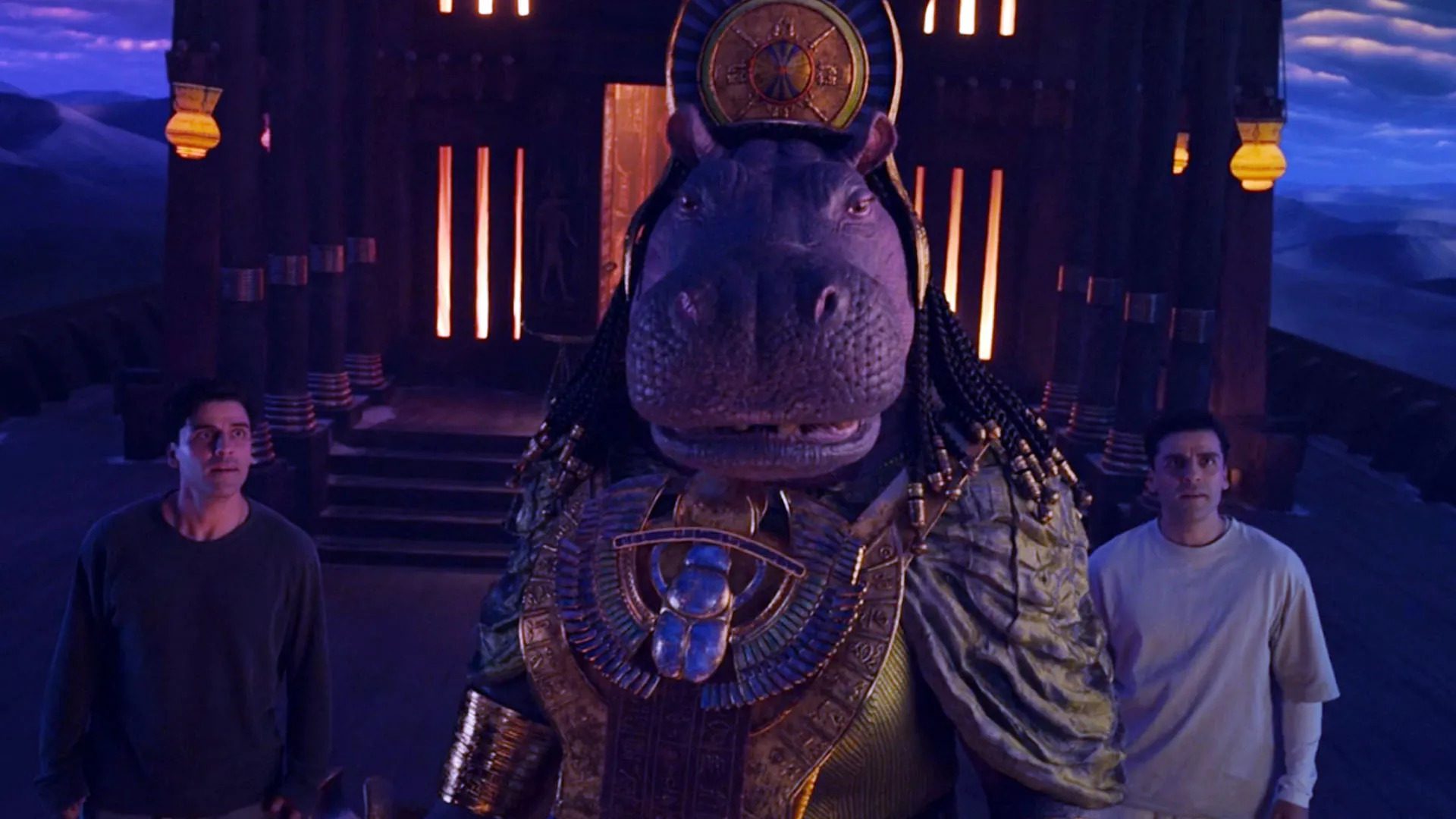 Whatever positivity can be gleaned from “The Asylum” is nearly wholly derived from the memories of Marc. Whenever the episode dips back into the real world, into the insane asylum where Harrow is a doctor, or into the events transpiring in the duet with the hippopotamus lady, it’s at its weakest. The exploration of Marc’s pain, guilt, and trauma becomes a fascinating distraction from this mediocre show. Considering Marvel and Disney’s current aversion to showing women as fallible, it comes as a surprise that Marc’s tormentor was his mother, that a woman is portrayed as an abuser. The only positivity Marc experienced in his childhood came from his father’s extreme effort to comfort him. Though these moments are very short-lived, a good story is held within them.

The worst moments of “The Asylum” are derived from the hippopotamus goddess. The portrayal of this ancient Egyptian deity brings none of the aloofness, worldliness, or strength that would be expected from a millennia-old being that had seen and experienced all of human history. The voice actress chosen for this role plays the character like a shallow hot girl who has never seen or experienced anything beyond being waited on hand and foot by everyone in her life. She feels like Penny from The Big Bang Theory in another body. She in no way carries the gravitas or otherworldliness necessary for such a character. Moon Knight has failed to adequately portray any of the Egyptian gods, including Khonshu, modernizing these characters far too much considering how detached they are from human society.

Another point of ire with this episode is the continuation of the inconsistent writing regarding Marc’s character. In the first few episodes, he was set up as the calm, collected, and confident mercenary who will do whatever needs to be done. After Marc’s introduction, the show continues to tell the audience that this is Marc’s personality and character. However, it continually shows him as weak and soft, screaming at danger and offering no plan or leadership in dire situations to which he is supposedly accustomed.

At this point, the only primary difference between Marc and Steven is Steven’s British accent. They are effectively the same character, removing the interesting dichotomy that such an exploration of dissociative identity disorder could offer, debasing both Marc and the struggles that he has endured. Everything interesting set up about Marc’s character in the first two episodes has been undone with his weak writing and inconsistent portrayal. This is still not the fault of Oscar Isaac because he is one of the highlights of “The Asylum,” but even he is not enough to carry Moon Knight. 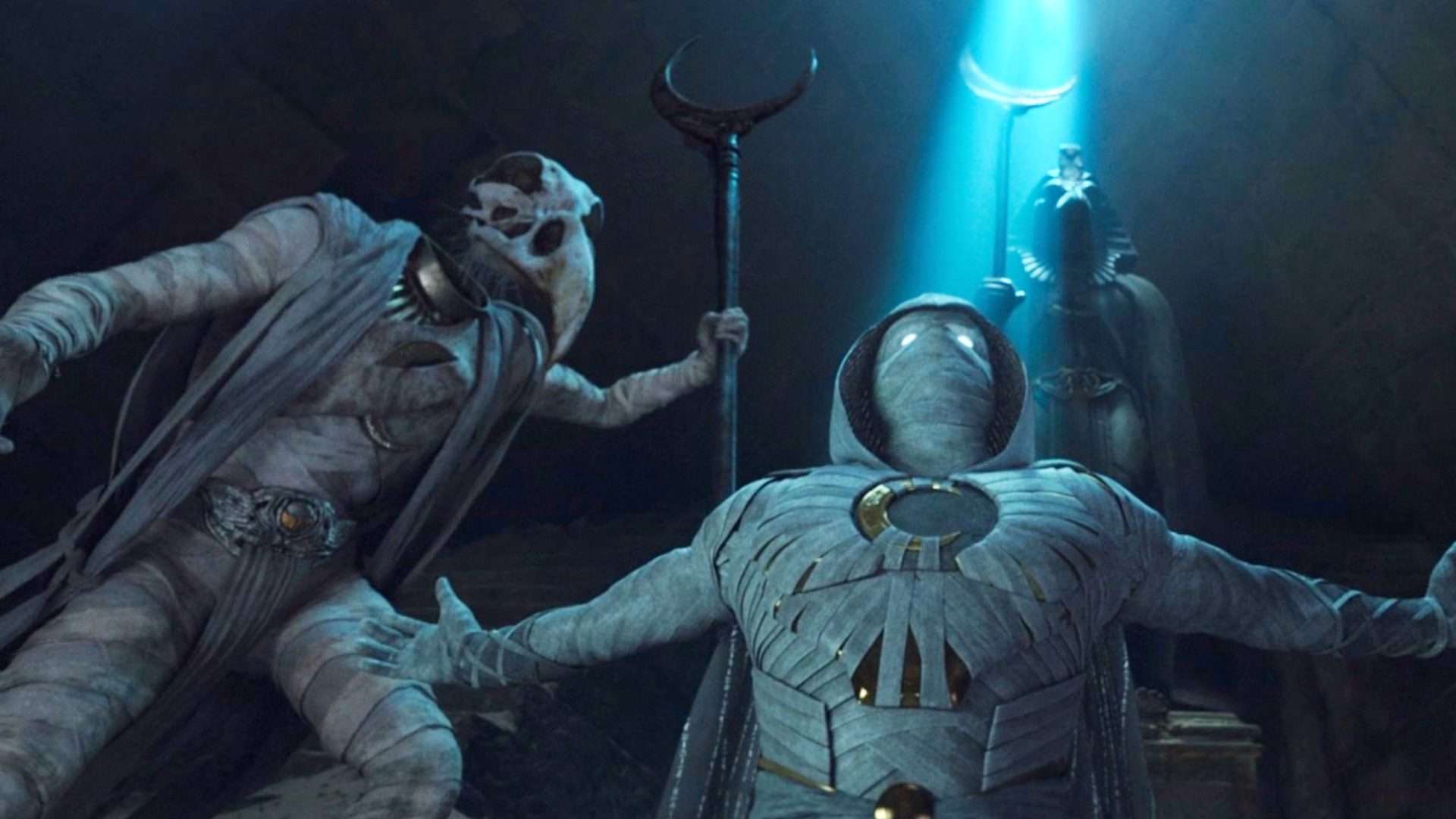 “The Asylum” offers a brief respite from the mediocrity to the downright horrific nature of the rest of the series. However, this relief appears to be short-lived, as the finale episode will see Marc resurrected and reunited with Khonshu for the final confrontation with Harrow and Ammit. It is unlikely that the quality of this episode will continue through Moon Knight’s conclusion. It is more likely that, with the departure from the psychedelic tools that the Duat and the Egyptian afterlife offer, the series will delve back into its worst traits, including the character of Layla.

Skeptical Marvel fans who have avoided the series should continue to do so, as the things “The Asylum” gets right are surrounded by so much negativity that it is not worth sifting through the rest of the season to enjoy a few moments of decent writing.

Skeptical Marvel fans who have avoided the series should continue to do so, as the things this episode gets right are surrounded with so much negativity that it is not worth sifting through the rest of the season to enjoy these few moments of decent writing.