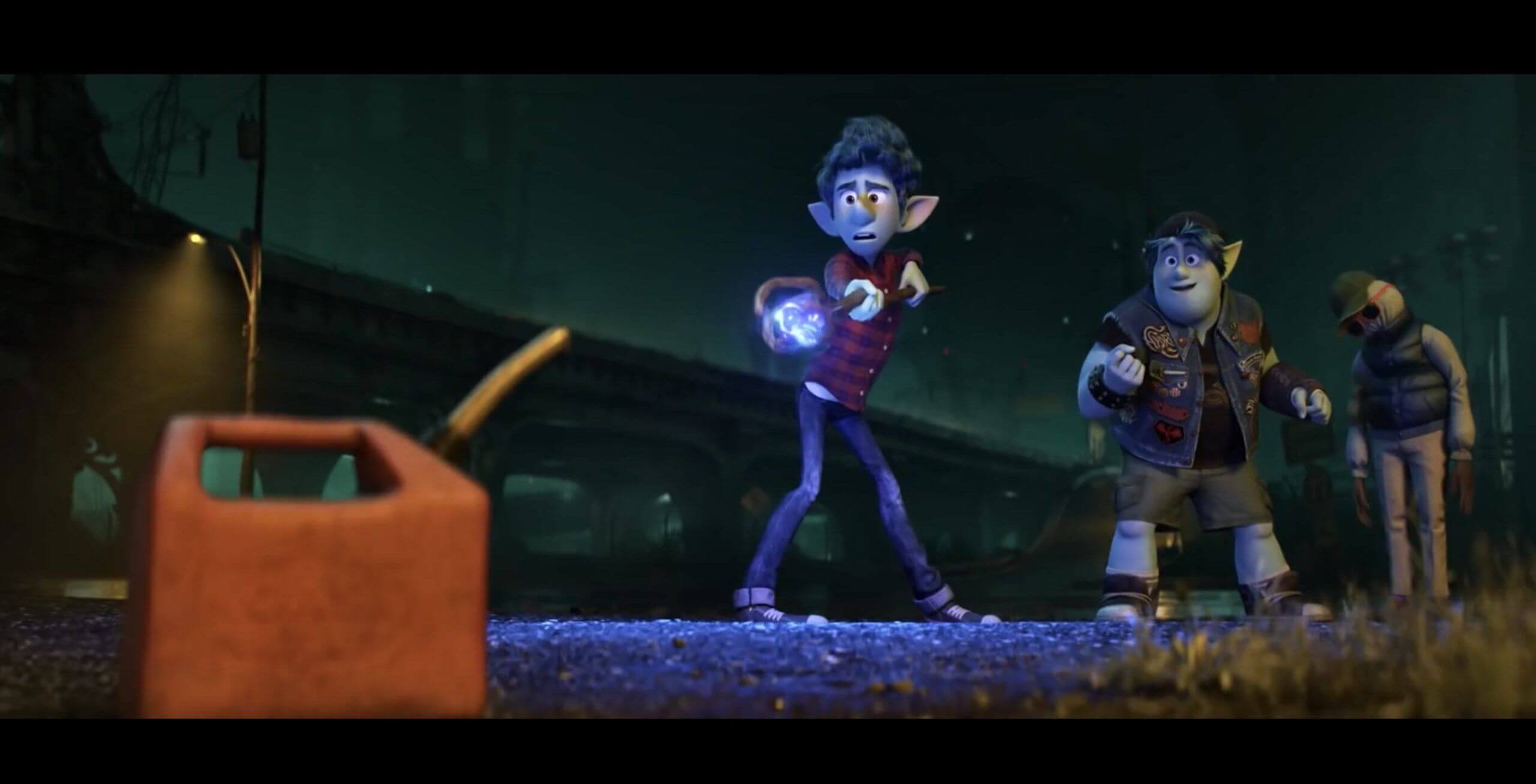 Pixar is a strange studio in my eyes. Even as a child, I could tell there was something about movies like Toy Story and A Bug’s Life that was different than other Disney properties. When I was a little older, I was convinced I wanted to work there for a few years. Most of the time, trailers and concepts for Pixar movies don’t excite me. However, when the finished product is good, it’s phenomenal. My favorite movies were the first two Toy Story films until The Incredibles came out, and that’s still my favorite film 16 years later. They’ve had their duds like any other production company, but they enjoy the love and respect of critics and casual moviegoers alike for a reason. 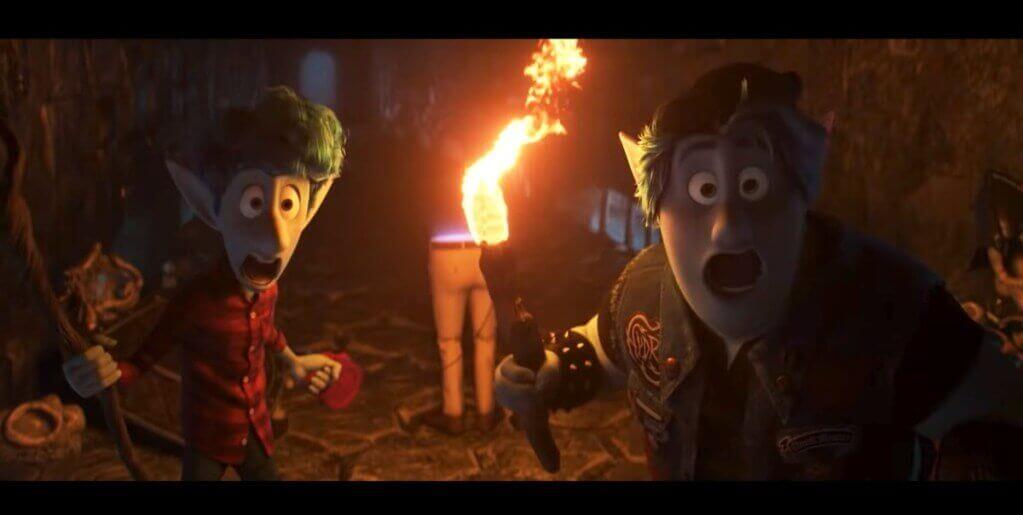 All this being said, when a new Pixar project is announced or a trailer released, I think people tend to expect too much. We collectively seem to forget that Pixar’s not-so-great movies exist, or in some cases, people just don’t see the flaws. I think this leads to three different things: movies from other studios which are as good or better go under-appreciated, Pixar movies which are good but not great are forgotten or ignored, or sometimes, as I mentioned, they’re accepted as great simply because of the Pixar label. In the case of Onward, I’ve heard from several people that it’s really good but they were disappointed that it wasn’t up to Pixar standards. For one thing, in my opinion, Pixar has released plenty of disappointing movies in the last decade, so it’s strange to single this one out for not being perfect. But for another, I think a more fair comparison would be to the director’s work rather than that of the entire studio. Directors like Brad Bird, Pete Docter, and Andrew Stanton have essentially re-shaped the industry over the past couple of decades. It seems strange to me to complain that Onward isn’t as good as Finding Nemo or The Incredibles when its director previously made Monsters University. So, how does Onward shape up? Let’s have a look. 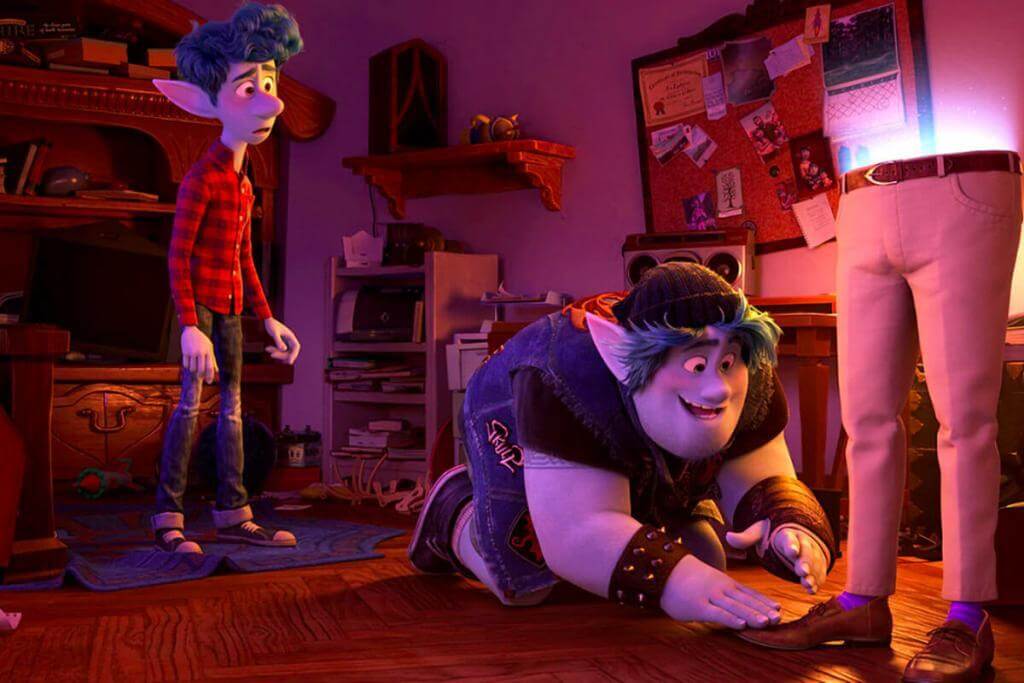 Onward follows Ian (Tom Holland) and Barley (Chris Pratt) Lightfoot, two elf brothers in a suburban-fantasy world. Ian is turning 16 and wants more than anything to be like their father, who passed away before he could meet him. Meanwhile, Barley is more interested in playing a Dungeons and Dragons-like game and saving historical buildings from demolition. Their mother (Julia Louis-Dreyfus) gives the boys a wizard staff their father left for them once they both reach 16. With the staff, they find a letter from him, including a spell to bring him back for a day. The spell goes awry, and only the bottom half of their dad materializes, sending the boys on a quest to complete the spell and spend the day with him. 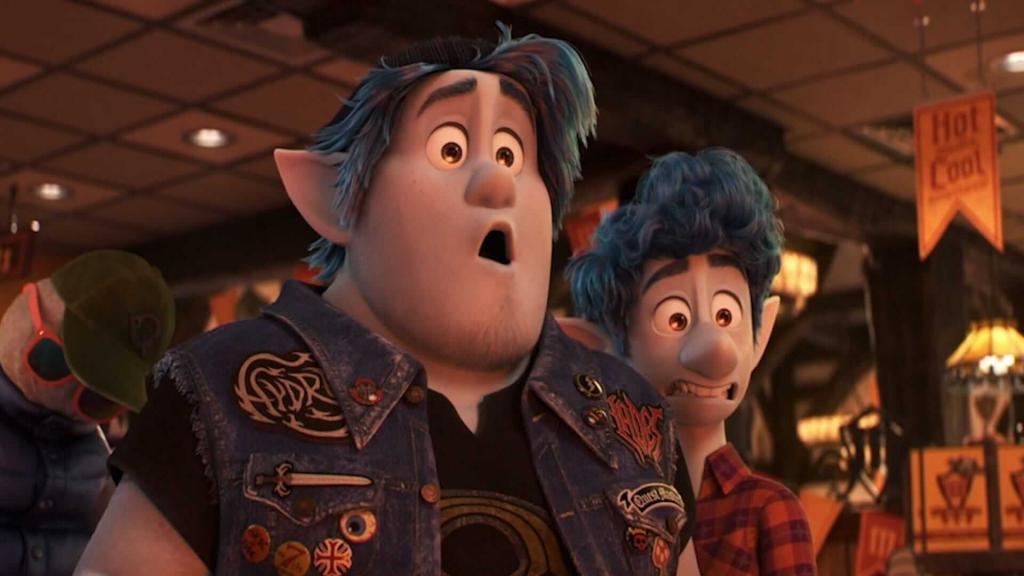 The animation in Onward is very impressive. The film is colorful and creative, with gorgeous backgrounds and great attention to detail. All the little things like hair and cloth look great, and I like the fuzzy look of the elves’ skin. I loved picking out all the classic fantasy references, many of which alluded to Dungeons and Dragons and the works of Tolkien. Onward’s original musical score is provided by Jeff and Mychael Danna, and it’s pretty good, although not remarkable or revolutionary. The two also composed the music for The Good Dinosaur for Pixar back in 2015. On a technical level, Onward isn’t anything new or radical for Pixar, but their films pretty much always look and sound great. The animators, composers, and the rest of the crew did a great job creating a cohesive world. As I mentioned earlier, I wasn’t sold on the idea of a suburban-fantasy setting based on the trailers. They weren’t horrible, just quite forgettable. They weren’t particularly funny, exciting, or moving, but as usual, the film itself won me over. The movie pulls some pretty funny gags and ideas out of this concept of elves, sprites, merfolk, centaurs, and more living in a modern-ish city. I think it works pretty well on a practical level, too. It reminds me of how The Good Dinosaur was supposed to explore the world if dinosaurs never went extinct, except Onward actually does something with its concept. The way the magical creatures have lost interest in using their magic and various abilities like flight and speed is similar to the real world and how we’ve lost touch with our roots. Much like real people, the manticore, elves, and sprites are reliant on mobile phones, vehicles, and air conditioning.

I’ve also heard that some found the ending very predictable. Personally, I really wasn’t sure where the story was going until almost the very end. The plot takes a turn at the very end that really surprised me, but I guess just like anything else, this will be different for different people. I don’t really care much whether a film surprises me anyway; if the execution is there, I don’t know why it matters if a story is predictable. I thought all the emotional moments landed just right, and the film was engaging throughout. Both brothers are likable and, I appreciate that, while they’re different, they’re not opposites. Barley is more extroverted and willing to take chances at first, but Ian becomes more like him and they value many of the same things. I don’t have any strong feelings on Corey the Manticore or various police officers we meet in Onward, but I really loved the boys’ mom, Laurel. Julia Louis-Dreyfus is always great, and of course, she’s another Pixar veteran, having voiced Princess Atta in A Bug’s Life. She’s funny, determined, and her love for her sons is inspiring. I didn’t expect her to have such an active role in the story, and I certainly wouldn’t have guessed she’d be one of my favorite characters in Onward. I don’t want to spoil it, so I’ll just say that, especially in the second half, she reminded me of Helen Parr, one of my favorite characters period. 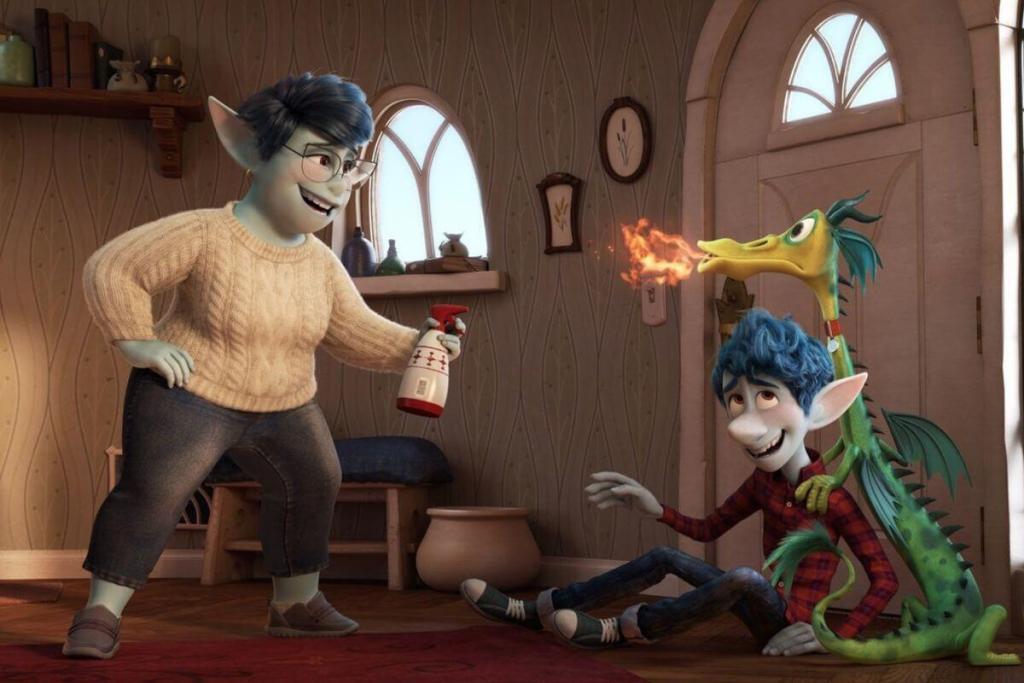 Overall, I would recommend Onward as a fun, quick fantasy adventure with some powerful emotions behind it. Director Dan Scanlon was inspired by the loss of his own father, and you can feel that, especially as the film goes on. It’s not perfect or the best animated movie I’ve ever seen. As such, I guess I can see why people say it’s not “Pixar good,” which I maintain is a ridiculous standard to hold a movie to. This is only Scanlon’s second feature and 4th film overall, and personally, I would take this over Monsters University any day of the week and twice on Sunday.

Overall, I would recommend Onward as a fun, quick fantasy adventure with some powerful emotions behind it.