"Buddy, you think you look strong? You're wearing a cape." 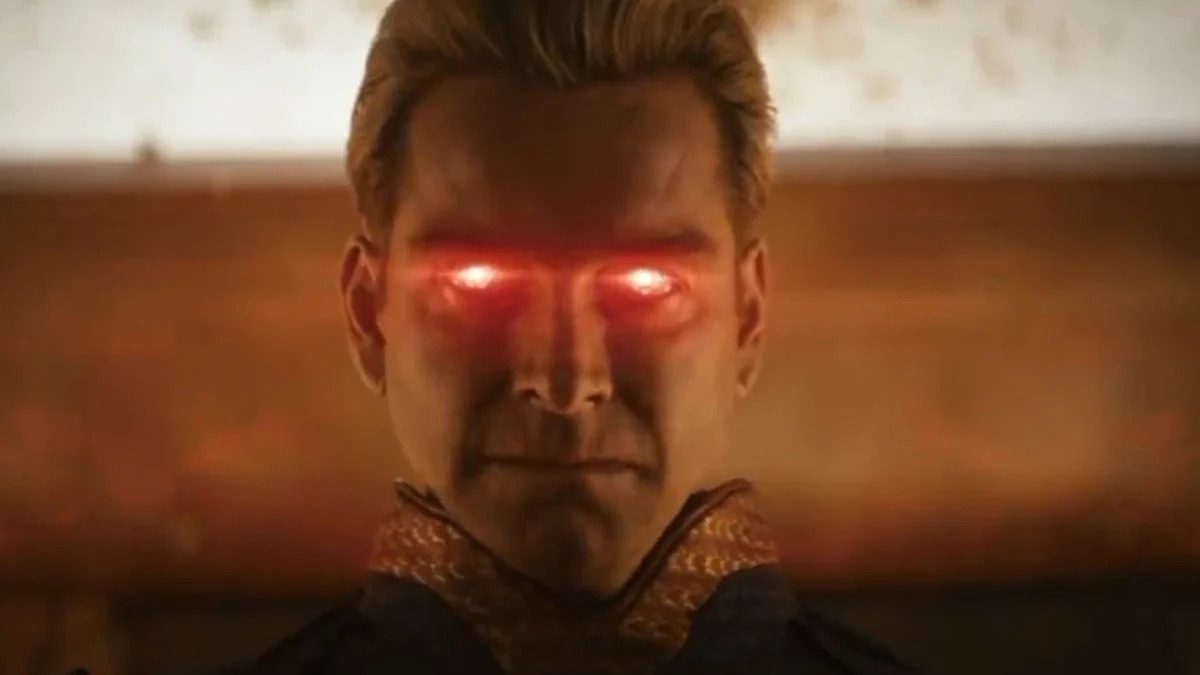 “Herogasm” finds the Deep, Ashley and Homelander discovering that Soldierboy lives. Soldierboy agreed to help kill Homelander if the Boys find the rest of Payback. Kimiko is kidnapped. The Deep tells Homelander about Noir’s disappearance and where he thinks Soldierboy is headed. Homelander sends Deep to deal with the collateral. Hughie and Soldierboy discuss fatherhood and modern gender roles. Soldierboy tells Hughie he’s not a bad guy. Victoria Neuman tries to recruit Annie, but she rejects, saying she isn’t interested in playing dirty anymore. Kimiko wakes up beside Cherie, and Frenchie is brought in. They bind him, and Nina asks him to choose which woman should be killed. Kimiko escapes and fights back. One of Nina’s men beats her down, but she regains the upper hand. Marvin and Starlight discuss his past with Soldierboy. Marvin and Annie infiltrate a supe orgy to find the TnT Twins, a couple of members of Payback. Hughie and Soldierboy arrive, and A-Train apologizes to Hughie for killing Robin. Soldierboy kills the TnT Twins and most of the people in the house. A-Train kills Blue Hawk and has a heart attack. Homelander and Soldierboy fight at last. Just as Homelander is about to overpower his predecessor, Butcher jumps in. Then, Hughie comes back to join the fun. Homelander flies away before Soldierboy can go off. Meanwhile, Frenchie, Kimiko, and Cherie are on the mend. Annie makes a video showing the carnage in Vermont and exposing Soldierboy and Homelander. She also quits the Seven.

There’s a lot of good humor in “Herogasm,” starting with the Deep leading Patton Oswalt, Josh Gad, Ashton Kutcher, and others in singing “Imagine.” This was an obvious (but still funny) jab at Gal Gadot and other celebrities who performed the same song during the pandemic to lift spirits. It wasn’t received well, suffice it to say. Then we see Soldierboy enraged that his favorite fast food chain no longer carries “Oriental sauce,” poking fun at the McDonald’s sweet and sour sauce debacle. There’s plenty of drama to behold as well, like the reveal that Homelander trusts Black Noir deeply. This is followed by Noir removing his tracker chip and running away. Much like Soldierboy before him, Homelander desperately needs love from his comrades, as well as his fans, but he inspires only fear and hatred. I meant to discuss this parallel in “The Last Time to Look On This World of Lies,” but so much happens in each episode that I forgot!

“Herogasm” also shows that Black Noir is a traitor two times over, betraying both of his team leaders to save his own skin. Then we have A-Train’s confrontations with Ashley and, later, Blue Hawk. I had mixed feelings during A-Train’s argument with Ashley because I hate her and she’s a rat, but he’s pretty terrible too, and she has a point. He has also done awful things to regular people and only cares now because it’s his brother. I think the show has gone to great lengths to display that A-Train doesn’t care about people in general, let alone the black community he wants to cater to. But Blue Hawk hurt his brother, which is apparently the only way to wake this man up. I don’t understand how A-Train can be shocked by Vought’s lack of action given his intimate familiarity with them. I do like his scene at Herogasm, though; he finally acknowledges how bad killing Robin was, takes responsibility, and apologizes. You love to see it. I also like that Hughie is in shock. He got what he wanted, but wasn’t expecting it and doesn’t know how to react. What follows really surprised me; I thought A-Train would fight Blue Hawk but not necessarily kill him. And is he going to die now, too? His heart can’t take running like that anymore, and he really pushed himself. I feel like a broken record here, but Antony Starr absolutely kills it as Homelander in “Herogasm.” The scene where he talks to his reflection in the mirror is really something special, allowing Starr to play both Homelander and his own inner self. This reminded me of Gollum bargaining with himself over what to do in The Two Towers. You can almost see Madeleine Stillwell or Stormfront saying the same things that he says to himself in this scene. His confrontation with Soldierboy is also quite the spectacle, and as more people joined, it reminded me of the “girls get it done” sequence in season 2, when Maeve, Annie, and Kimiko beat Stormfront. There’s a lot going on with Soldierboy as well, even aside from his crusade to kill Payback. His discussion with Hughie is of particular interest, exploring how society’s views of gender and parental roles have shifted since he disappeared. The fact that he sees Bill Cosby as the ideal of real manhood speaks volumes. There also seems to be a bit of subtext in how Soldierboy sees himself as left behind. Does he see himself as akin to veterans whom society mistreats and leaves in the dust? He hasn’t been portrayed as very sympathetic, especially in this episode, so I don’t think that’s what the show is saying. I also wonder if he really blacks out; it would explain some things, but it’s a convenient excuse for doing terrible things and not explaining why he did them.

There’s another interesting parallel between Hughie and Kimiko in “Herogasm.” She successfully defeats her captors, telling Frenchie that while she previously blamed Compound V, she now realizes she is a monster and the source of her problems. Annie says something similar to Hughie, that she thought the Temporary V was messing him up, but the truth is he comes that way naturally. Speaking of Annie, she should have played Neuman instead of outright rejecting her. It seems unwise to go around telling people your plans so openly in such an unsafe environment. I’m not sure Frenchie is right that he and Kimiko don’t have to worry about Nina anymore; she’s shown that she’ll do just about anything. And Hughie’s pathological need to save Annie has reached disturbing heights. It’s beginning to feel like he wants to restore his bruised ego more than help her, and their relationship may be on the rocks. And “Herogasm” doesn’t verify Maeve’s fate or check in on her storyline at all. I was worried for her last week, and now I’m scared. 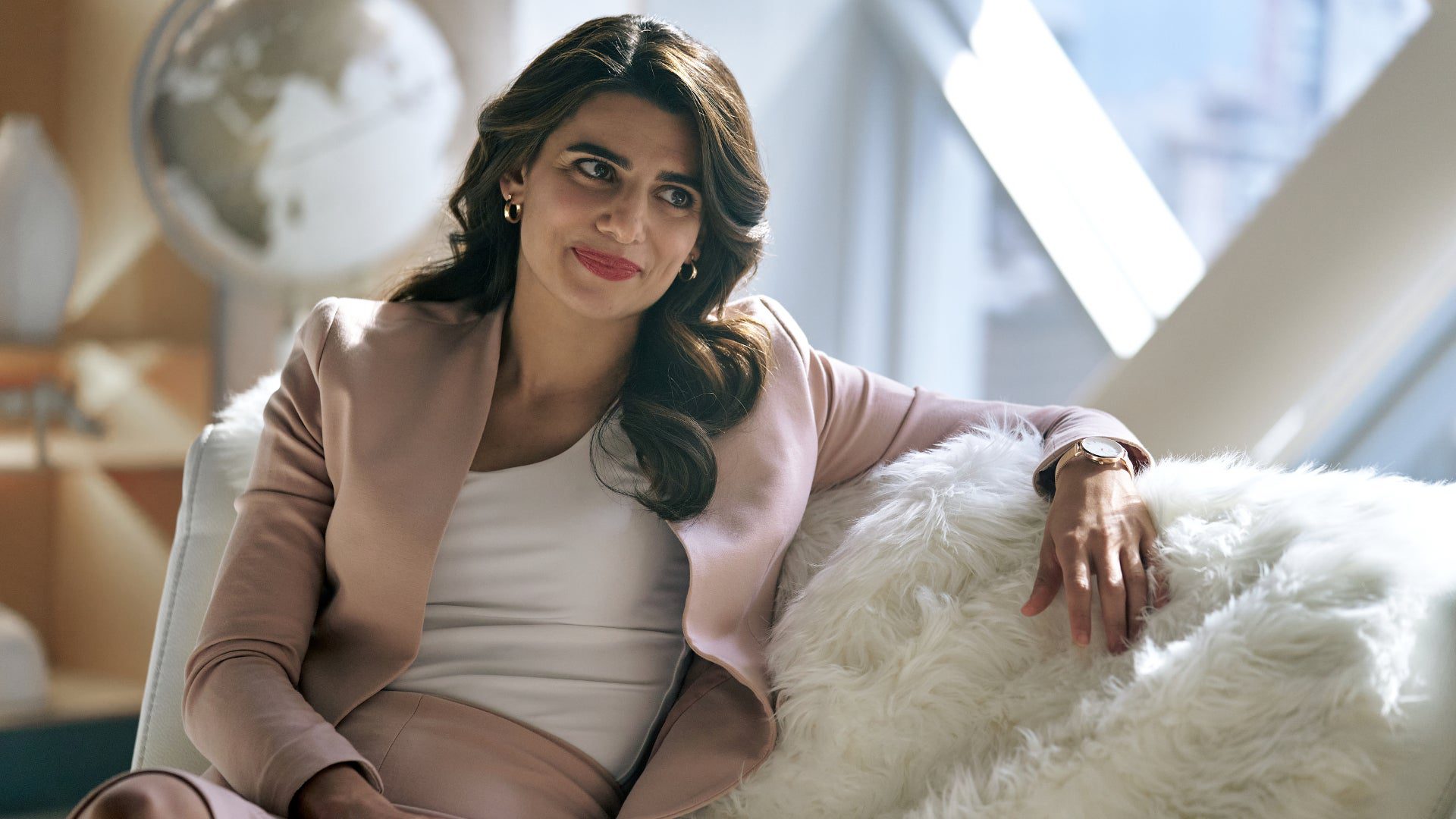 Overall, I loved “Herogasm.” This episode is funny, smart, and delves deep into the characters, pun intended. I think some of the characters made tactical errors, but that doesn’t ruin the story for me.

Overall, I loved “Herogasm”. This episode is funny, smart, and delves deep into the characters, pun intended. I think some of the characters made tactical errors, but that doesn’t ruin the story for me.