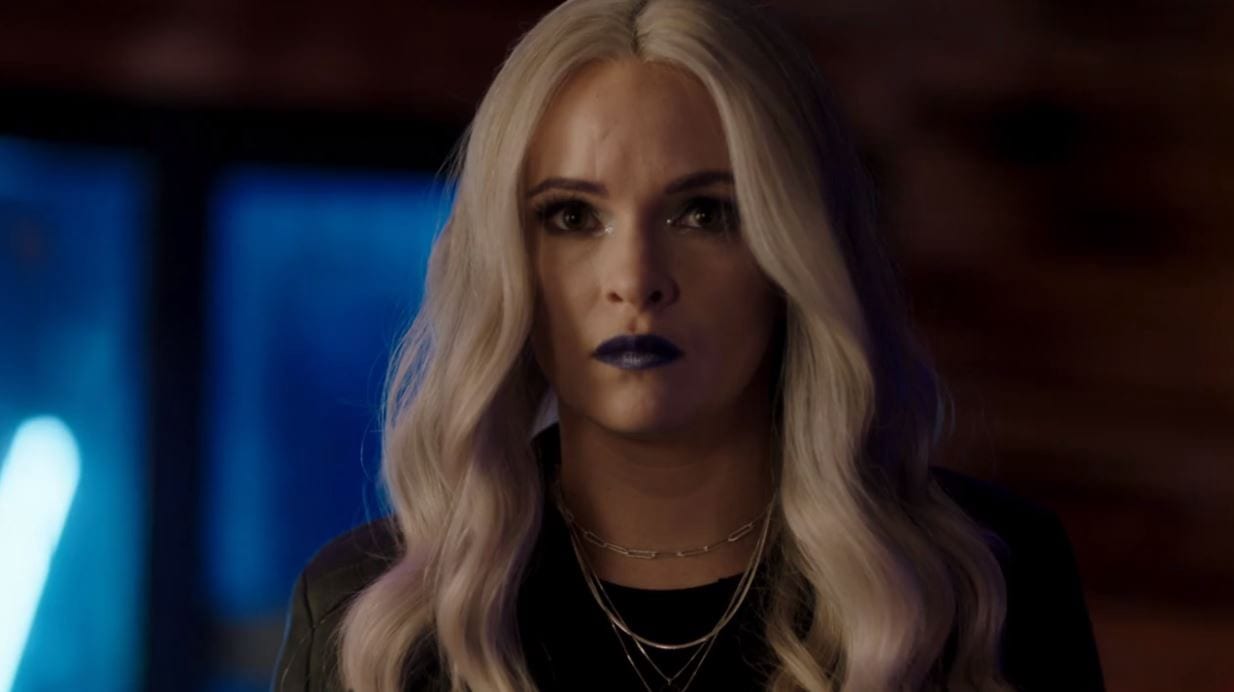 “The People v. Killer Frost” is a good note on which to return for The Flash, although it could’ve been a great one. It returns to the classic themes of the series, and it presents a more compelling ethical dilemma than I anticipated for a show – and a franchise – that has become so deeply wedded to left-wing politics. But it throws in the towel on a fascinating new direction too early in favor of the dull plotline with which this season remains stuck.

Frost is brought to trial for her crimes, but the surprising sentence the state seeks is more than she can bear. Caitlin, Cisco, and Allegra consider bending their moral code to help Frost. Barry investigates a homeless outreach program that may have ties to Fuerza.

“The People v. Killer Frost” – which has one up on Dawn of Justice by actually understanding the difference between “v.” and “vs.” – begins not with either Frost or Barry, but with Kristen Kramer, walking down a long, sterile hallway with a metal suitcase that can’t be holding anything good.  A quick chat with an ARGUS agent confirms that she’s got something up her sleeve for the Frost trial the title promises. The previous episode, “Growing Pains” (which should retroactively lose a point for not featuring the sitcom’s theme song), turned Kramer from a requisite government heavy to a fleshed-out character with a valid point of view. That work is crucial for “The People V. Killer Frost” because she and her side quickly become one of the scariest threats the series has ever had.

Frost is ready to accept a prison term for her criminal past, one Cecile reckons will be a relatively short one. But “The People v. Killer Frost” throws her a curveball. The government doesn’t want to imprison Frost; it wants to use the metahuman cure on her and take away her powers. Instantly, Frost’s story becomes much more interesting because now it isn’t just about making amends for your sins, but about government overreach and what limits can or should be put on punishing someone for a crime. Frost is not simply going to be locked up; the state wants to remove a part of her and force her to take a medication she doesn’t want. Effectively, her humanity will be taken away. There are shades of A Clockwork Orange at play, with the audience being asked how far is too far in punishing a criminal, especially when the government decides it’s being benevolent. Perhaps the most chilling line in the show’s history is Kristen Kramer assuring Frost, “This is for your own good.”

“The People v. Killer Frost” uses this setup to explore a few different themes and ideas. In fact, it may be a bit too ambitious for its own good because some of these aren’t explored to their fullest potential. For example, the state forcing a chemical injection on an unwilling patient gets pushed aside for a “born this way” speech towards the end. That analogy isn’t a bad one in itself, but it’s been done to death; the morality of a court ordering Frost to get injected with something is more original. More interesting is when it’s likened to removing the right of a convicted felon to own a gun. I’d have preferred to see that explored in greater detail. For example, the similarities between the two scenarios are dismissed quickly, but it would have been neat to have someone argue that they are similar and that neither is a right that should be lost. I’m not taking a side, but if you’re going to bring up the argument, at least argue it.

The tried and true utilitarianism vs. Deontological ethics, or the greater good vs. the immediate good, returns in “The People v. Killer Frost” as well, and in another provocative turn of events, the sides arguing for each method aren’t the ones you’d think. Frost wants to face her legal challenges by the book, determined to make up for her past the right way, even while facing something as sinister as forced medical procedures. It’s Caitlin, Cisco, and Allegra who decide to go off the reservation and commit a few crimes to remove that option from the government’s table. They break into the police station and render the metahuman cure inert, saving Frost from the possibility of an overzealous judge. But that suitcase Kramer held in the opening is revealed to have been housing a backup vial of the cure as a contingency. Now, not only have the others failed to get rid of the cure option, but their actions have almost guaranteed a verdict against Frost. It’s a strong argument against utilitarianism, which this show has always taken, and I like how it was folded neatly into the plot. 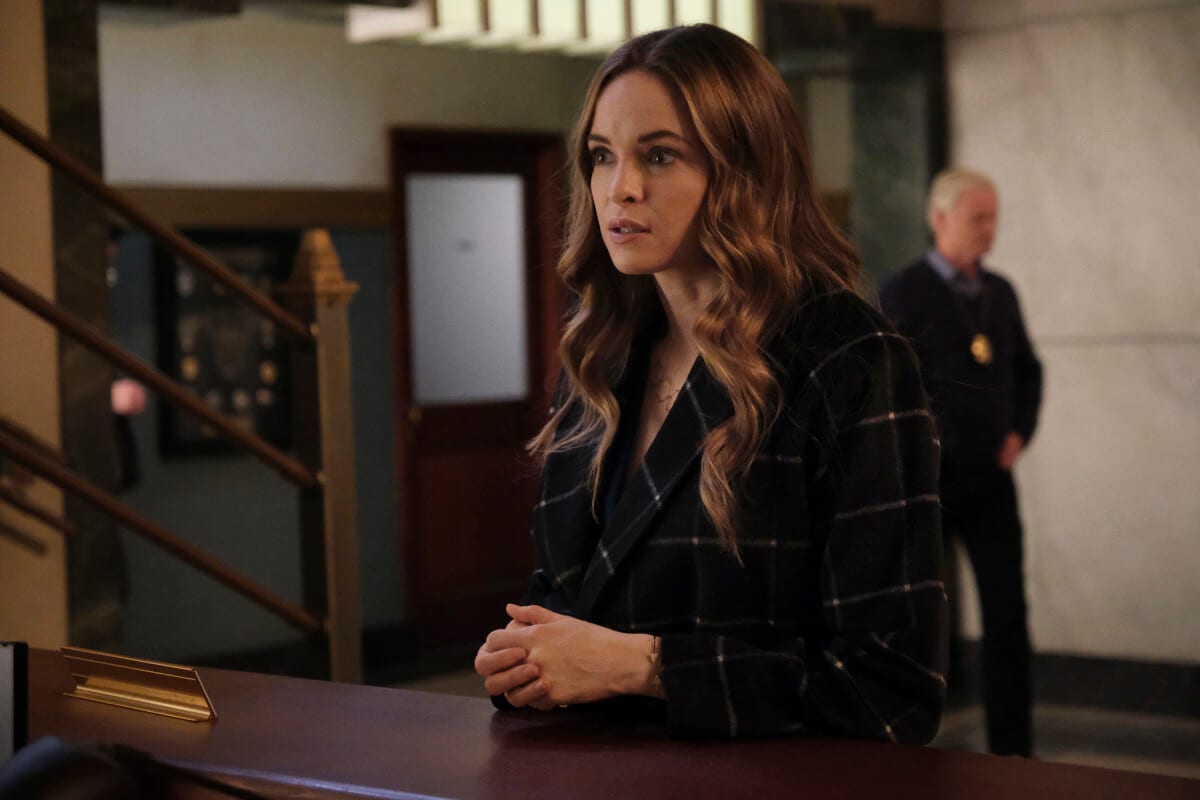 It also reinforces that Kramer is smarter than the average bear and foresaw that this could happen. With her backup cure, she’s outmaneuvered Team Flash’s plan to spare Frost her un-personing, and she’s ensured that her side will win its case against the woman she hates so much. On that score, “The People v. Killer Frost” finally explains why Kramer is so driven to stamp out the metahuman threat. It’s an effective explanation, too; the sting of betrayal is worse than an outward attack from an enemy, and her distrust of people with superpowers could believably result in her willingness to subject a lot of people to a medical procedure they don’t want. Like many great villains, Kristen Kramer thinks she’s the hero, and when she tells Frost that her power-ectomy is for her own good, it’s genuine, which makes it even more chilling. There’s a great line from an episode of Firefly: “Nothing worse than a monster who thinks he’s right with God.” The religious aspect isn’t present here, but the assuredness of righteousness is the same, and it’s haunting because of how real it is.

The solution to the denial of rights presented in “The People v. Killer Frost,” however, is rooted in religion, even if it’s not explicitly said (and it’s better just being implied). Frost requests a life sentence without the possibility of parole, effectively sacrificing herself to spare others the fate a tyrant wants to impose on her. This is what makes a hero, and it’s proof to anyone who cares – which isn’t that many people – that Frost is no longer the villain she used to be. It’s a fitting end to her character arc, and while I wanted to see more of Frost as a person independent of Caitlin, this speaks more than a dozen more episodes could have. And maybe she’ll return; I think it’s likely, as a matter of fact. But as final statements go, this one is pretty good.

It does feel like a missed opportunity, though. “The People v. Killer Frost” has a subplot in which Barry and the Speed Force investigate a homeless outreach program where they suspect Fuerza is hiding and come across an activist who may be the human form of the Strength Force. The Speed Force wants to make the woman succumb to testing, but Barry decides to appeal to her humanity and convinces her to do it willingly. It’s another ethical dilemma, it ties into the A-plot thematically, and it furthers the season’s arc in shedding some light on how these Forces work. It’s also dull, it reminds us of how uninteresting the Forces story is, and it contrasts with what could have been a much better storyline. Imagine if the court did decide to force the cure on Frost, and then Barry had to choose whether to allow an injustice like that to happen or to become a criminal himself and save her. Barry and his friends could spend the rest of the season facing the repercussions of their actions, trying to find the best way to stop a government drunk with power and looking to end metahumans entirely. And in saving Frost, The Flash would become the symbol of metahumans who can’t be trusted and can’t be controlled, wondering if he should have just let them inject Frost. That sounds much better to me than fighting some CGI wrestling lady and a Book of Life reject. 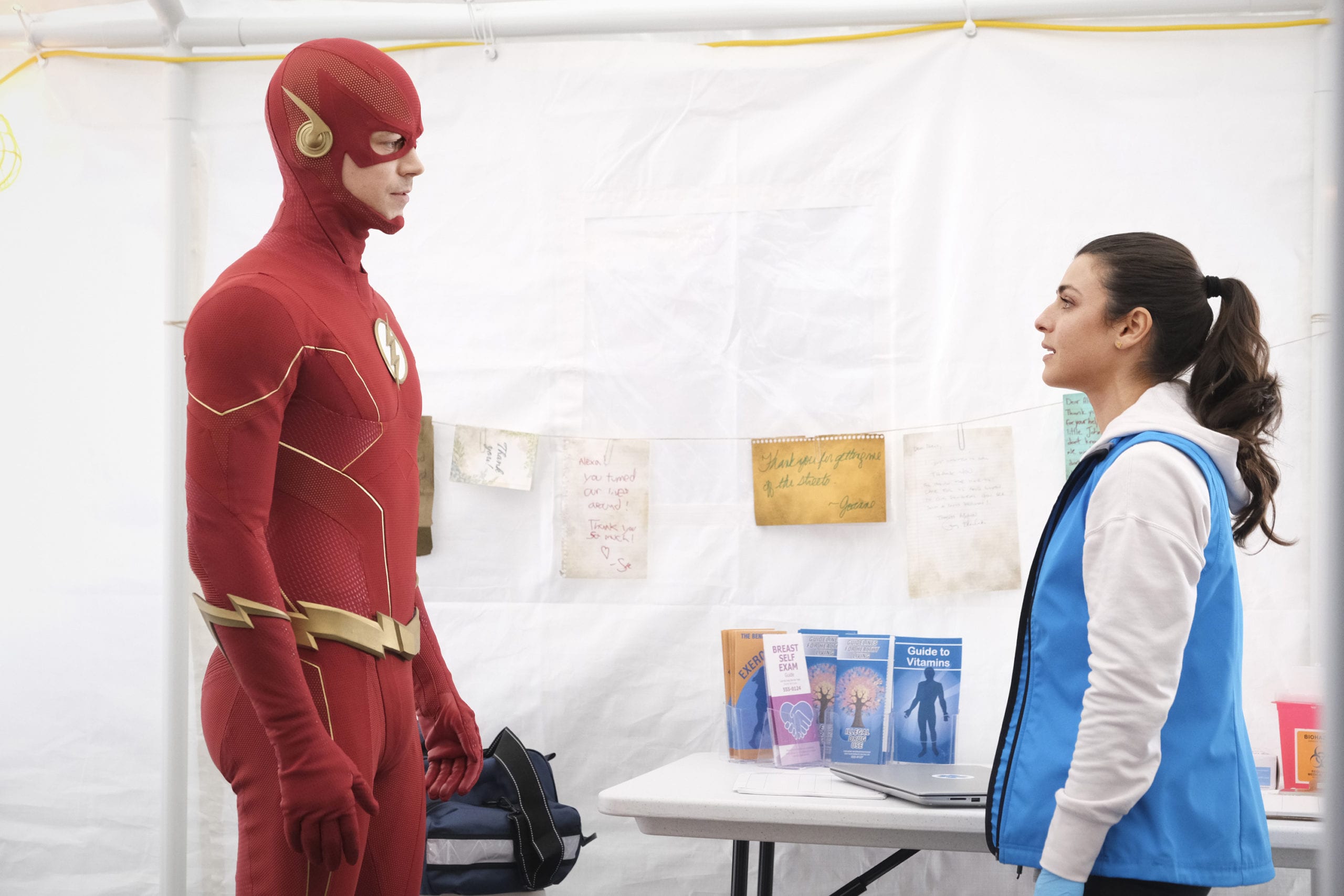 “The People v. Killer Frost” is a compelling rumination on the potential for government overreach and the limits of punishing a criminal, mixed with the ethical themes The Flash loves. It doesn’t go far enough in certain places, it spreads itself too thin in others, and the subplot is a snore, but the effort is much appreciated, and it’s a glimpse of what this show could be.

“The People v. Killer Frost” is a compelling rumination on the potential for government overreach and the limits of punishing a criminal, mixed with the ethical themes The Flash loves. It doesn’t go far enough in certain places, it spreads itself too thin in others, and the subplot is a snore, but the effort is much appreciated, and it’s a glimpse of what this show could be.