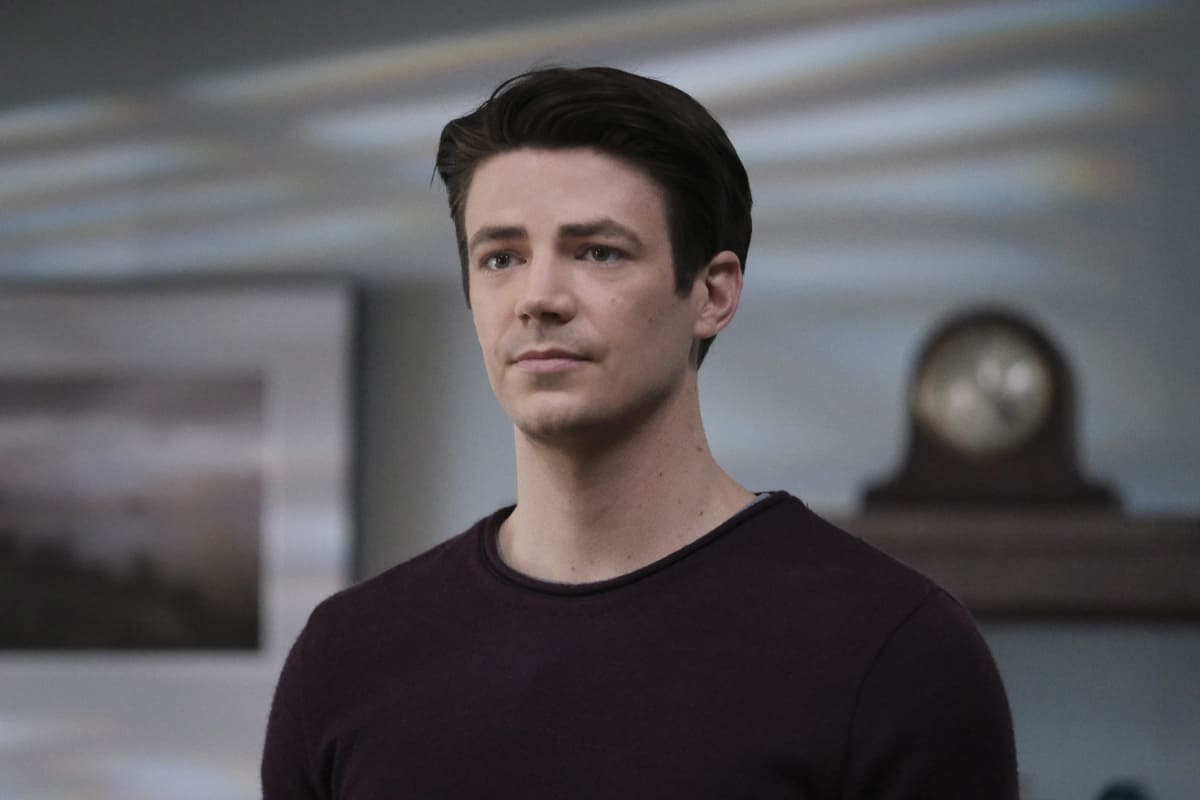 “Timeless” is easily the best episode of The Flash so far this year. It’s much more focused than the show has been lately, and it points the season in a slightly new direction that’s much more interesting than the underwhelming story we’ve been dealing with so far. It also manages to do something new with a tried and true Flash theme and puts some of the recent moral decisions the characters have made into a different perspective.

When the Speed Force flees STAR Labs to hunt the rest of the Forces, Barry comes up with a plan to prevent any more murders from happening. Iris searches for the Speed Force in the hopes of convincing it to stop its rampage. Cisco and Chester are uncomfortable with the risks – and the concept – of Barry’s gambit. Barry seeks help from an old friend.

“Timeless” begins in the immediate aftermath of the Speed Force’s murder of Alexa Rivera, the human host for Fuerza. Still in the guise of Nora Allen, the Speed Force explains to Barry and Iris that they created the other Forces when they created her and that it was their responsibility to help her hunt them down and kill them before they can hurt anyone else. We all know there’s no way Barry will help the Speed Force murder people, but the scene cleverly uses that essentially rhetorical question to set up the episode’s true moral dilemma: what if the murders never have to happen?

Barry’s idea is to go back in time to the moment he and Iris created the Forces and stop it from happening. He would remove the Still Force, the Strength Force, and the Sage Force from existence, allowing their human hosts to live out their lives unmolested and keeping the Speed Force from having to take its dark turn to stop them. It’s an ambitious plan, and almost too easy – which is why Iris immediately has a problem with it. To get rid of the Forces, Barry would have to extract their particles, and when he does it, there’s a risk he could destroy the Speed Force as well. The chance of that happening is too great for Iris, and she’d rather reason with the Speed Force like they did with Eva and Abra Kadabra. But Barry doesn’t believe the Speed Force will listen to reason and thinks the potential ramifications of his plan are worth it to save all the lives that could be lost if they let this Force war continue. Once again, the greater good vs. the immediate good becomes the conflict in “Timeless,” but it’s a little more complicated this time.

In the first place, which one is the immediate good? On the surface, it seems like Iris’ plan is. She doesn’t want to risk the Speed Force, with which she’s been bonding, and would rather do something that has worked well for them recently. But Barry’s time-travel idea has the immediate good built in as well; he’s doing it to save the lives of the people in danger, and he believes he can save the Speed Force at the same time. Couldn’t it be argued that Iris is putting at risk people who can be saved because of her newfound fondness for talking bad guys out of their evil ways? This is crucial because it keeps Barry’s plan from feeling out of character for him. He doesn’t see some big picture he’s trying to serve; he sees two more innocent people who will die if he doesn’t act. And Iris sees Nora Allen, a human being and her mother-in-law, not some elemental force, and she wants to save that woman like she and Barry have saved others. They’re both attempting to carry out the immediate good while seeing the other as becoming utilitarian.

The way Iris sees the Speed Force informs the other moral curveball “Timeless” throws us when it asks whether the Forces are human. They’re amorphous clouds of cosmic energy, but they were also created, and by humans. Barry and Iris made these things, and that bestows responsibility on them. But is that responsibility to destroy them or to raise them as they would children? Moreover, what about the human hosts and what they want? Chester tracks down Deon, host to the Still Force we met in “The One with the Nineties,” and when he finds out what Barry’s up to, he responds with hostility. Deon likes having the power the Still Force grants him, and he wants to hang onto it. Is it right for anyone to decide that he can’t make that choice for himself? At what point is saving someone’s life dehumanizing them? And, again, which of these actions is the immediate good? Even if it’s saving Deon’s life, is it fair to do that if Deon rejects the immediate good? 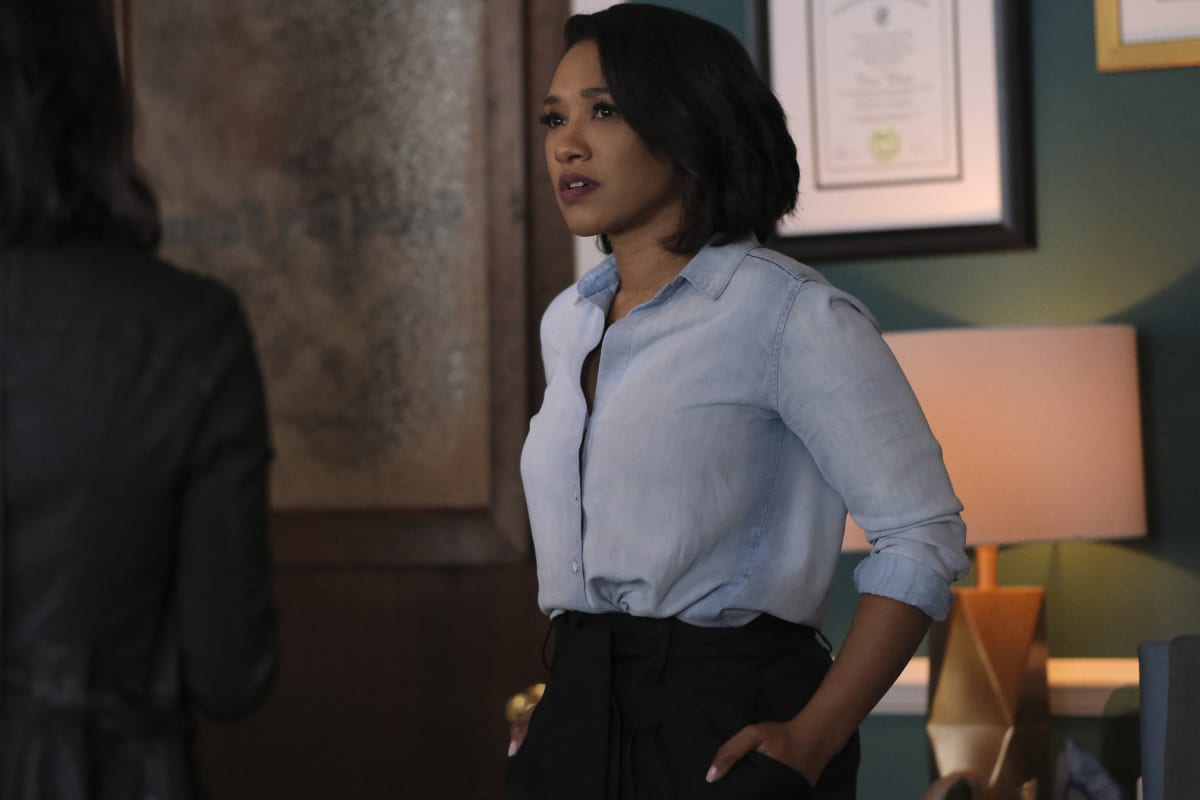 None of these questions has an easy answer, and “Timeless” revels in letting us twist and turn with Barry trying to figure out what the right thing to do might be. This is what The Flash was in the beginning and only occasionally is now, something much more profound and human than the grating identity politics that have poisoned the Arrowverse as it’s aged. This is classic science fiction, using things like time travel and superpowers and wacky inventions to speak to something elemental in us, in this case, our desire to figure out how best to do the right thing. And, to top it all off, Barry seeks wisdom from Joe in another of their heart-to-hearts that are among the best scenes in the series. And this time, Joe relates to Barry as a new parent unsure of how to deal with his wayward offspring. This is what gives Barry the strength to be a father, to resolve to guide the Forces into the light instead of extinguishing them in darkness. This is effective not only because of how surprising it is but because it solves – if only temporarily, depending on how things go – the villain problem this season has had. Being unable to fear the Forces isn’t so bad now that Barry doesn’t either.

Also complicating the conclusions we’re to reach from “Timeless” is that it doesn’t go for the easy “Iris is right, and Barry is wrong” message. Iris makes a big mistake too, and one that almost gets her killed. She’s convinced she can help the Speed Force realize the error of her ways, and she sets out to find her. But instead, Iris comes face to face with Psych, who is still intent on causing pain and death. So she tries her new social worker mentality on him, and it goes poorly. Psych doesn’t respond well to Iris’ pleas for rationality and instead decides to use his fear powers to destroy her. In fact, she’s only saved because Barry sets his plan into motion, which momentarily incapacitates Psych. Iris learns that not everyone can be saved at the same time Barry learns that you always have to try to save everyone. This serves to bond Barry and Iris even further – this time through their differences – and this is solidified when they join hands and bring Alexa back to life, the symbol of their ability to save the other Forces as well. Iris’ lesson may also be the show signaling that we can turn the page on having them try to reform every villain, which was getting old fast. 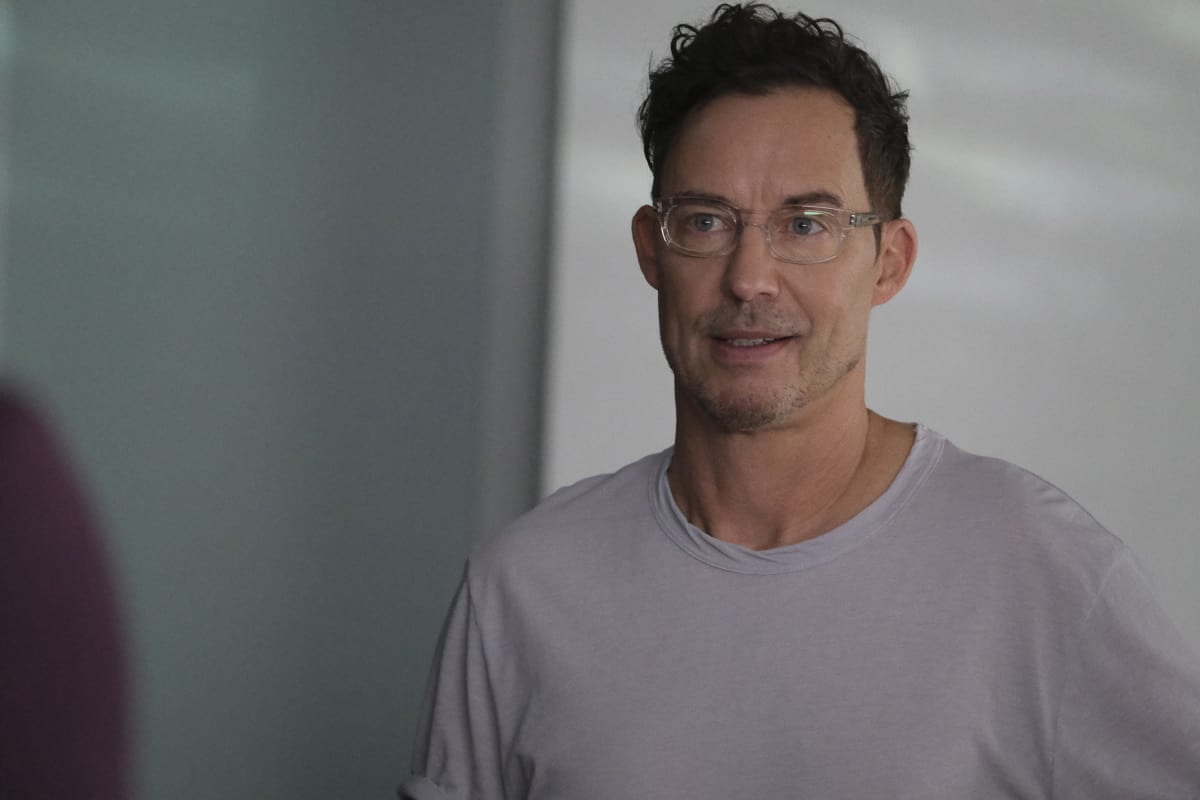 “Timeless” doesn’t have much else going on; the focus is completely on the main plot. Harrison Wells returns, which is a blessing, and as soon as he turns up, it’s like he never left. Tom Cavanagh is once again playing a different Wells, and he makes him feel distinct from the others while still recognizable as a Wells. The notion of the Speed Force as the villain is fascinating and not something I was expecting. She’s already more interesting and intimidating than the others, and it’ll be that much more painful for Barry to fight something that looks like his mother. The only drawback this week is that they’re planting the seeds for Cisco’s exit. I don’t want him to go, and I think losing him will be a huge blow to the relatability of the show, and this is compounded by Kamila’s blandness. If he were leaving with Gypsy, who was cool and fun and could take Cisco on lots of exotic adventures, I could buy it a little easier. But what’s he going to do with Kamila? Hang out in Seattle and take pictures of the park? This is a bummer, and I’m not looking forward to having Cisco replaced with Chester, who’s like a fan-fiction version of Cisco. Hopefully, we can have at least a few more episodes to say goodbye to our avatar in this world.

“Timeless” is a stellar episode of The Flash that returns it to its grand old themes explored through sci-fi trappings and poses questions with complex answers. Cisco is on his way out, and that drags the fun down a little, but seeing Harrison Wells return and Joe serve as Barry’s mentor again balances it. Hopefully, this season is now on the right track.

“Timeless” is a stellar episode of The Flash that returns it to its grand old themes explored through sci-fi trappings and poses questions with complex answers. Cisco is on his way out, and that drags the fun down a little, but seeing Harrison Wells return and Joe serve as Barry’s mentor again balances it. Hopefully, this season is now on the right track.