If nothing else, “An Almost Religious Awe” assures us that Watchmen is completely off its rocker. This show is bugnuts crazy, and while I imagine Damon Lindelof and the rest of the people behind it think making everything about race is a shortcut to gravitas and intellectualism, the lunacy and slack-jawed idiocy can’t be ignored. And somehow, amid all the insanity, it manages to be painfully boring.

Most of “An Almost Religious Awe” is about Angela, so you know right off the bat it’s not going to be particularly interesting. The first scene is from her childhood in Vietnam, where her parents – who don’t want her idolizing superheroes – are killed by locals who consider them “invaders” (something at which Watchmen ever so subtly hints by playing “Living in America” over young Angela’s stroll through the Vietnamese streets). When she awakens from her latest Nostalgia reminiscence, Lady Trieu injects her with something that explains to her (literally, with a whole voiceover and everything, as if Lady Trieu couldn’t just tell Angela all of this) what’s happening to her: ingesting someone else’s Nostalgia mixes their memories with your own, which slowly destroys your mind. This injection is called a “tutorial injection,” because, much like “Nostalgia,” we might not understand what’s going on otherwise. Angela is on the mend, but not out of the woods, and the melding of her own memories with her grandfather’s gives her a new perspective on her past.

“An Almost Religious Awe” reveals Angela’s origin (or, in light of the teaser for next week, part of it). When her mother and father die, she’s sent to a boarding school, where she’s mistreated by her minder. When the police show up and ask her to finger the man who was helping the suicide bomber that killed her parents, she gets a taste for justice, and for a police force that operates by its own rules. Then – and it’s hard to imagine I’m not making this up – her grandmother arrives and decides to take Angela with her to Tulsa, but drops dead just as they’re getting into a taxi. Angela relives all of these because that turns out to be the point of Nostalgia: making people face their most troubling memories so they can overcome them and emerge from the ordeal stronger. What importance this has in the story is somewhat unclear. I get why her parents’ death and her helping in the capture and likely torture of their killer help us understand Angela (to the extent anyone is likely to care), but what does her grandmother’s ridiculous death have to do with anything? Between the weird suddenness of it, the bad song choice accompanying it, and its overall irrelevance, it ends up being unintentionally funny more than tragic. It also indicates that a story about Angela as a child might have been more interesting than the one about her as an adult.

However, “An Almost Religious Awe” does advance the season’s plot. Angela stumbles upon a big, blue globe that is the recipient of all those phone calls to Doctor Manhattan, like the ones Laurie keeps making. Lady Trieu set this up for God knows what reason (maybe they’re toll calls). This serves as the impetus for Trieu to tell Angela that Doctor Manhattan is the Seventh Kavalry’s real target; they want to harness his power to get rid of every minority in the country, or at least a lot of them. Laurie also learns this when she’s captured by Jane Crawford, who is a part of the Kavalry. So I guess that whole spiel about them being the next phase of Ozymandias’ plan was not true, which makes that video of him pointless and stupid. Either that or Veidt really does want to get rid of a bunch of minorities, which makes no sense at all and is antithetical to his desire for world peace. A third possibility is that this is all theater, and Veidt and Senator Keene are using the promise of racial superiority to get the Kavalry to do their bidding; perhaps they’re going to use Doctor Manhattan for something else, and the Kavalry is just the means of acquiring him. That would make the most sense, especially since Looking Glass is now sort of helping them (although a bunch of Kavalry members are found dead at his bunker, so maybe he’s not as much of a team player as they’d hoped he would be). I’m not sure why a super genius like Veidt would think a bunch of dopey racists would make for the best foot soldiers, but this series doesn’t seem to think much of him anyway. 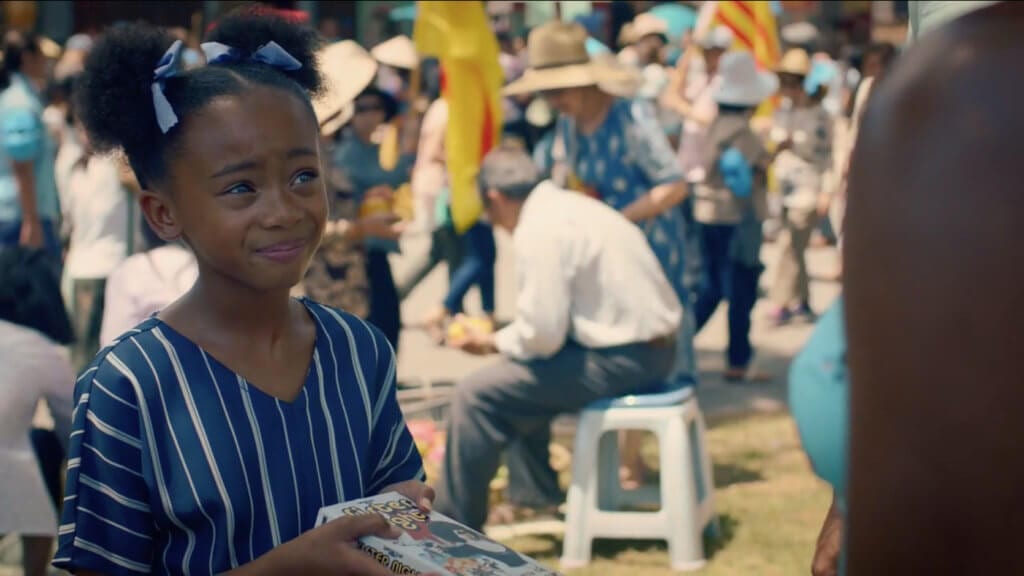 That much is made clear in Veidt’s one scene in “An Almost Religious Awe,” something so unbelievably bad it has to be taught in a class somewhere. He’s now on trial for trying to escape his prison; the jury, his prosecutor, the bailiff, and everyone else in the courtroom are the clones he’s been making, and the judge is the Game Warden. The Game Warden announces that this trial has been going on for one hundred years. Does that mean Veidt is in one of those Buffy dimensions where time moves at a different pace than it does on Earth? And even so, how could this thing have been going on for a century? Veidt is adamant about defending himself, and when asked to rebut his prosecutor, elects to break wind as loudly as possible. The Game Warden then replaces the jury with pigs. I have only one thing to say about this scene: the next time you see critics try to act superior to you or any other fan of entertainment, remember that they think this show is utterly brilliant.

The final surprise in “An Almost Religious Awe” is that Doctor Manhattan is not on Mars, as we’ve repeatedly been told. He’s actually on Earth, disguised and living as a human, and that’s how the Seventh Kavalry will get hold of him. And it doesn’t take long for us to learn who he is. He’s Cal, Angela’s perfect husband who’s had no real function in the plot till now (for anyone who recalls Roger Ebert’s “Rule of the Economy of Characters”). Angela knows this and has kept Doctor Manhattan’s secret all this time – despite being too dumb even to try to act surprised when Lady Trieu tells her she knows about him. Throughout “An Almost Religious Awe,” we’re given different perspectives on Doctor Manhattan; he’s seen as both savior and destructor, a vehicle for peace and a tool of oppression. The comic book and the movie both implied these things, but the show has to state them outright – even in an educational video that spells out Doctor Manhattan’s entire history, replete with an explanation of his moral ambiguity – because it’s not nearly as smart or well-written as either of them. Now that he’s been introduced into the show, I’m sure this will be the case again, and that his potential will be all about race. 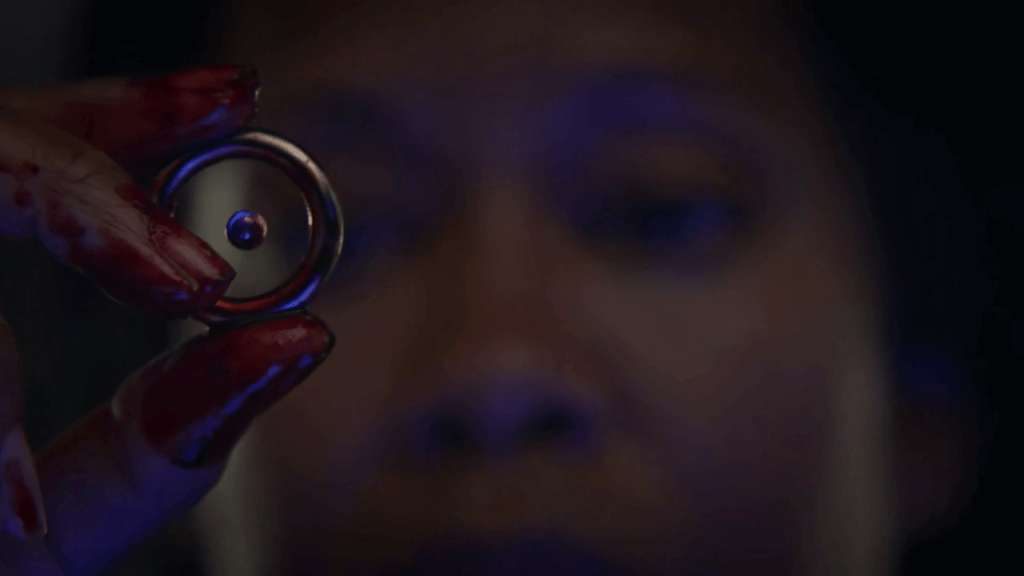 Even on a technical level, there isn’t much good to say about “An Almost Religious Awe.” It looks pretty, for the most part; the special effects are convincing, with the exception of a CGI elephant (which is there because of course it is). The acting is mostly awful; when Regina King talks about what a good man Cal is, I don’t buy her feelings for one second. Everyone involved with Veidt’s scene is a hambone, and, unfortunately, that includes Jeremy Irons, who I usually love. Jean Smart is giving it her all, but she’s strapped with dialogue that would make a Power Ranger actor blush. On the plus side, Faithe Herman is good as Young Angela, and manages to walk through some weird scenes unscathed; she’s the only one who doesn’t look bad in that moment with the police, both of whom play it broad and seem to think it’s all funny.  Much of what happens is dull, too; Angela’s memories are much more interesting than her sojourn at Lady Trieu’s facility, which goes by at a snail’s pace. It’s difficult to watch Watchmen without pulling out your phone and seeing what Twitter’s up to at the moment.

“An Almost Religious Awe” may be Watchmen’s worst episode yet, and that’s quite the feat. It’s slow, nonsensical, gives silly answers to some of the season’s big questions, and its Adrian Veidt scene would make David Lynch scratch his head in confusion. Even the few instances of good acting can’t buoy it as the series continues to rock along a sea of stupidity. The “only two episodes left” tag at the end feels more like a reassurance than a tease.

“An Almost Religious Awe” may be Watchmen’s worst episode yet, and that’s quite the feat. It’s slow, nonsensical, gives silly answers to some of the season’s big questions, and its Adrian Veidt scene would make David Lynch scratch his head in confusion. Even the few instances of good acting can’t buoy it as the series continues to rock along a sea of stupidity. 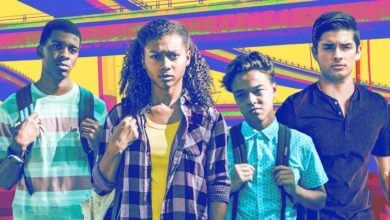 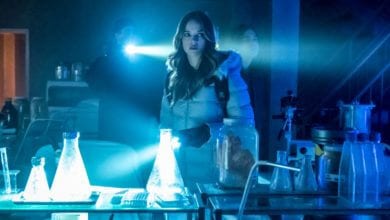 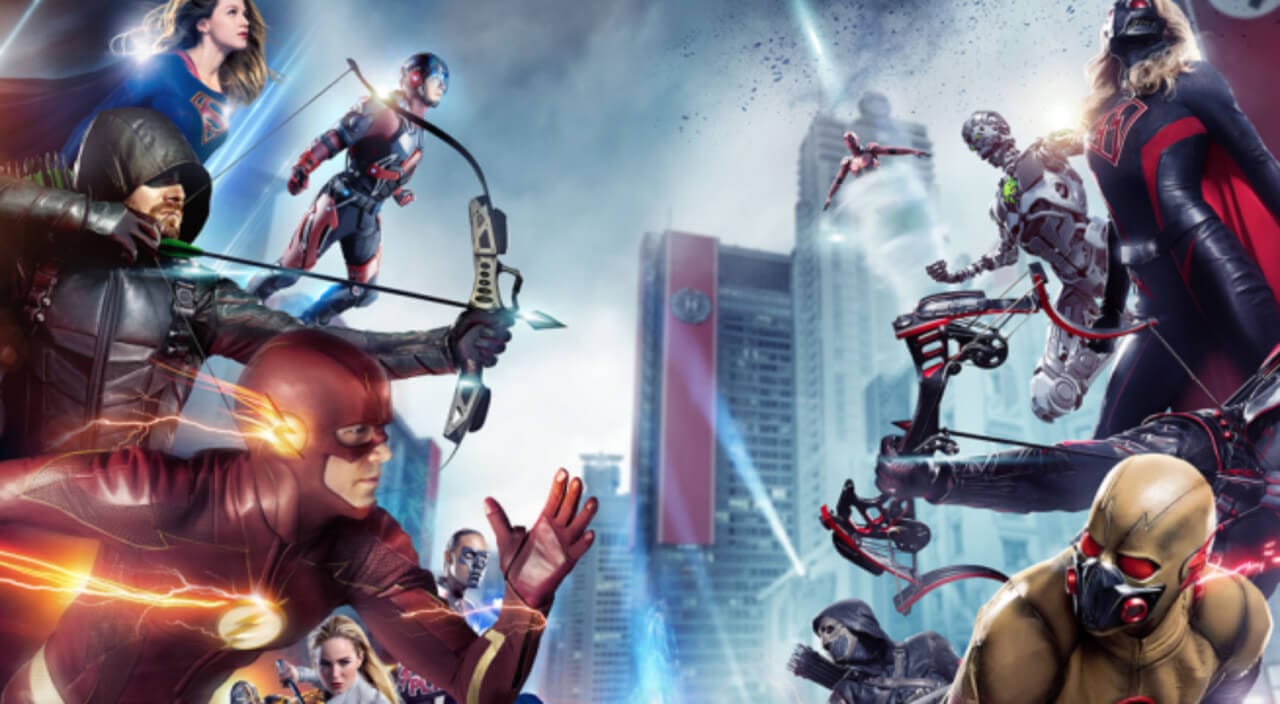 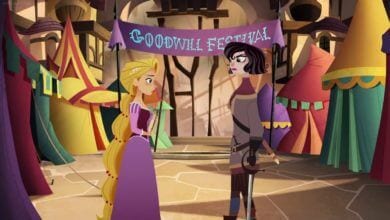