Review: What If…? – Season 1, Episode 4 “What If… Doctor Strange Lost His Heart Instead of His Hands?”

"There is a fine line between deovtion and delusion." 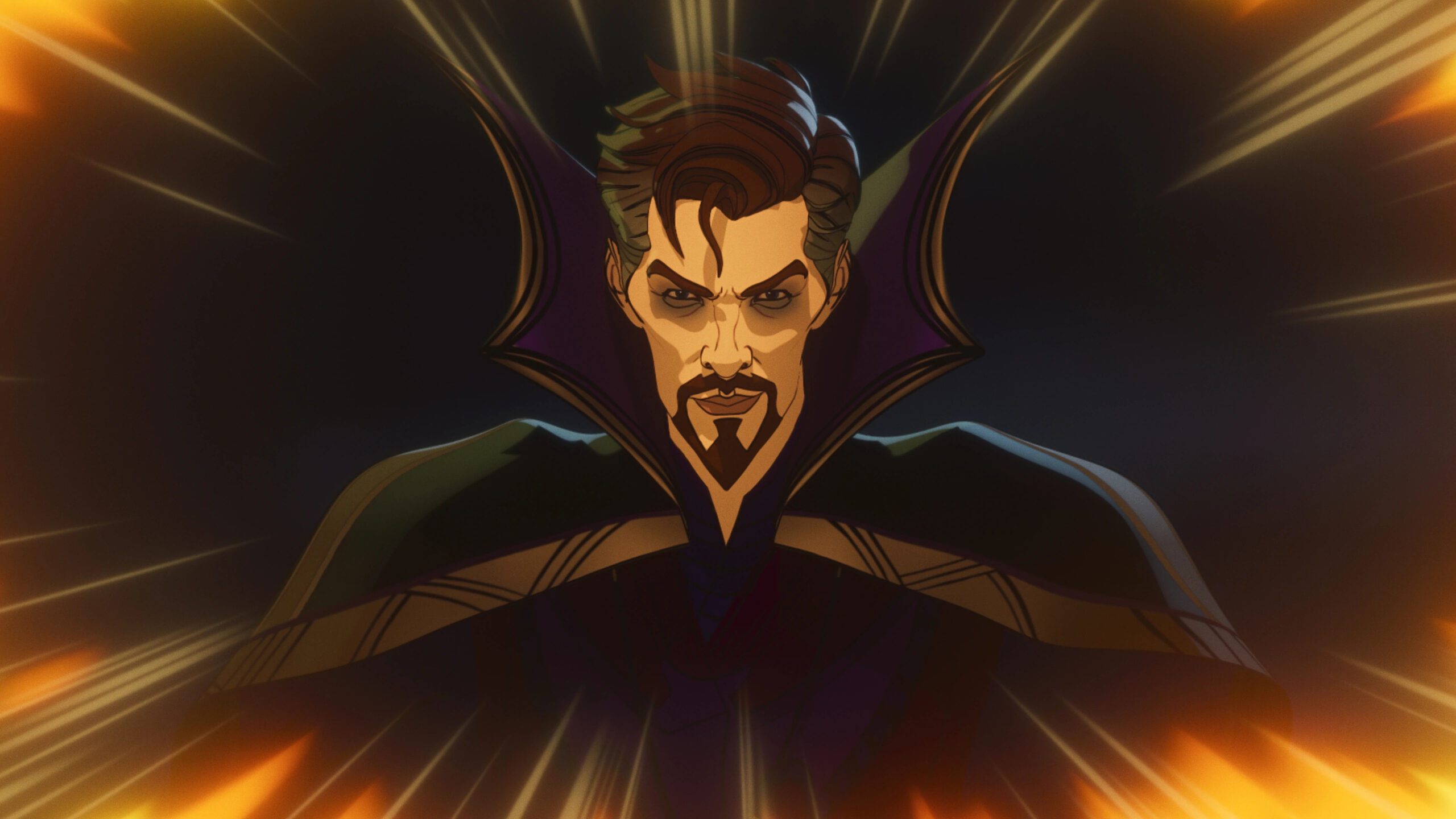 I don’t want to jinx it (and Lord knows it’s never been easier to jinx a good thing), but I think Marvel’s new animated series may have found its groove. “What If… Doctor Strange Lost His Heart Instead of His Hands?” has much more in common with last week’s universe-altering hypothetical than the first two less-inspired diversity-swaps (although I still enjoyed the first one). Actually, it has a lot in common with It’s a Wonderful Life as well; this time, the small change has planet-wide ramifications because of the impact a life has on one man.

Instead of losing the use of his hands, Stephen Strange’s car accident results in Christine Palmer’s death. At first, events unfold more or less as they would have, with Strange becoming the Sorcerer Supreme and saving the universe from Dormammu. But when things quiet down, Strange decides to use his immense power to reclaim his lost love, blind to what he may lose in the process.

The animation in “What If… Doctor Strange Lost His Heart Instead of His Hands?” is, as with all three previous episodes, awful. I know I sound like a broken record at this point, but this is a crucial part of an animated series, and it never gets better. And I think this episode confirms that it affects the voice acting as well. Benedict Cumberbatch mostly acquits himself well when voicing Doctor Strange and the basic image of his drawn form looks just like him, but when he talks, the facial movements are robotic, and they don’t conform to his voice. This is even more devastating for Rachel McAdams; she’s got a lovely, vibrant voice, and it’s perfect for animation, but the stiffness of Christine’s every move belies her vivaciousness. Tilda Swinton is able to work with it best because the Ancient One is dour and professorial, more so than she was in the movie (which isn’t a criticism; she’s just filling a different role), so her mechanical expressions fit. I imagine it’s too late for this season, but What If…? would improve drastically with better animation.

Luckily, the story is engrossing this week. When I saw the title “What If… Doctor Strange Lost His Heart Instead of His Hands?” I assumed it meant that Stephen Strange would die in the car accident and Baron Mordo would become the Sorcerer Supreme. Luckily, they did something much more interesting, and through killing Christine, they were able to examine what makes Doctor Strange the hero he is in the main universe. As with many of his super-powered brethren, it’s his ties to humanity that make Strange want to protect rather than manipulate or rule, and Christine Palmer is that tie. She’s the one thing a man as selfish as Stephen Strange loves more than himself, even if – both here and in the film – it takes a drastic situation for him to realize it. As frustrated as he was without his hands, Christine kept him tethered to his dedication to preserving and protecting life. With her gone, he devolves into selfishness once again. While he still saved the world, it was with the ultimate goal of using his magic to bring her back one day.

That selfishness can fuel heroic deeds is not disputed in “What If… Doctor Strange Lost His Heart Instead of His Hands?” But, sooner or later, it always leads to darkness, and when Strange tries and fails to save Christine over and over, he allows his grief to consume him as he plunges into the depths of dark magic to do what man was never meant to do. The manifestations of the dark power get more and more grotesque as Strange goes on, illustrating his gradual descent into evil until he no longer looks like Benedict Cumberbatch, but a demonic amalgamation of the hellish beasts he’s absorbed. Even the people who disappear because of his tinkering with mystical forces fade away in an inky black, the tentacles representing the Lovecraftian entity that acts as Strange’s white whale. (Is that the same one from the first episode? I think the odds are good on that score.) 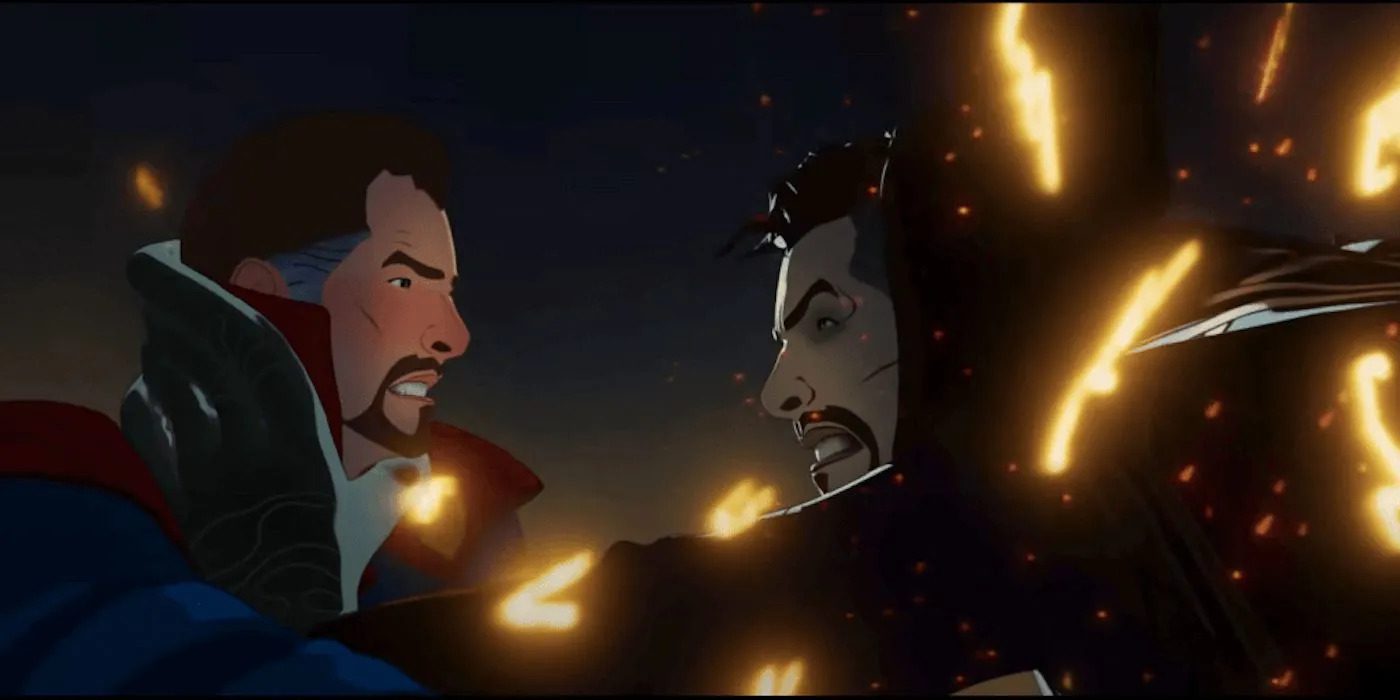 But a man isn’t all good or evil, even one with as much tunnel-vision as a grief-stricken Stephen Strange, and while the ending is the bleakest one yet, perhaps that is the hope to be found in “What If… Doctor Strange Lost His Heart Instead of His Hands?” When the Ancient One is unable to convince him to abandon his obsession, she decides that the only one who can stop Strange is himself, and creates an alternate – and concurrent – timeline where Strange decides not to mess with the past. It is this version of Stephen Strange, one focused on the greater good, that can overcome his compromised counterpart. He fails, and the universe wilts away because of it, but knowing that the last hope will always lie within is slightly comforting and affirming. When the rest of the world, the ones we love, the gods and heavens above turn their backs, we’ve got ourselves. If only Strange had figured that out before he doomed his world.

Some of the finer points of “What If… Doctor Strange Lost His Heart Instead of His Hands?” don’t quite hold up to scrutiny, and those are the result of Marvel explaining its notion of time to such an extent that it begins contradicting itself. I understand why Strange can change the past without creating new timelines; unlike the Avengers in Endgame, he’s actually turning back time, not traveling through it, so he’s effectively erasing all that came after Christine’s death, despite having the knowledge of it. It’s a little shaky and kind of paradoxical, but it’s sound enough that you can let it go. (At a certain point, you can either accept time travel or you can’t, and I’m not dispensing with Back to the Future.) But when the Ancient One talks about fixed points in time, it begins to unravel. If these points can’t be changed, what is the purpose of the TVA? Shouldn’t the big stuff all be covered already? And why was there a need to manufacture a “sacred timeline” if it will sort itself out anyway? As far as that goes, I’d imagine Kang would have run into things he couldn’t change, and he’d have to have changed a lot if he killed his doppelgangers and stopped their universes from being created. If what Strange is doing here is so bad, surely that would have necessitated the Ancient One’s intervention. Ultimately, I think most of this reflects worse on Loki than What If…?, but it’s a tad infuriating that they’re paying so little attention to these inconsistencies at Marvel. 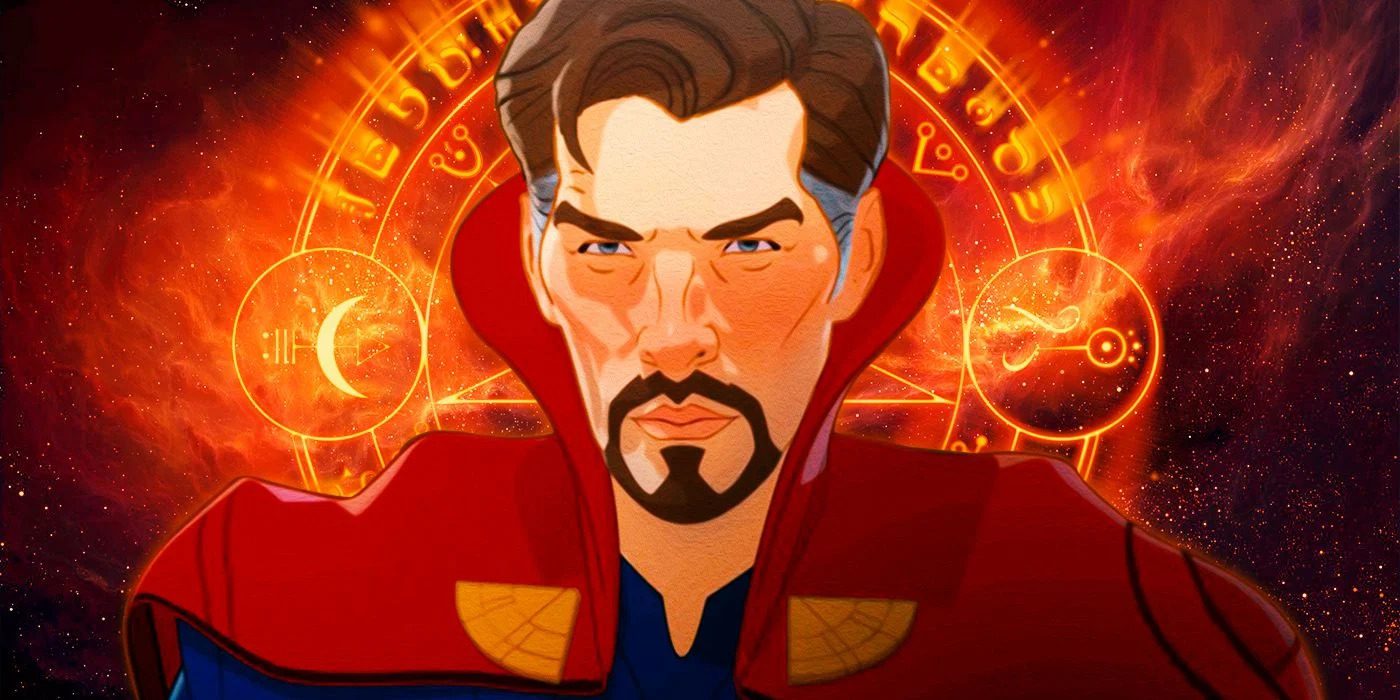 “What If… Doctor Strange Lost His Heart Instead of His Hands?” is another good episode of a show in which I had very little interest. It’s focused on character and how the slightest change can alter a hero’s course, and despite some wonky time mechanics and more dreadful animation, it largely succeeds.

“What If… Doctor Strange Lost His Heart Instead of His Hands?” is another good episode of a show in which I had very little interest. It’s focused on character and how the slightest change can alter a hero’s course, and despite some wonky time mechanics and more dreadful animation, it largely succeeds.