REVIEW: What If…? – Season 1, Episode 3 “What If… the World Lost Its Mightiest Heroes?” 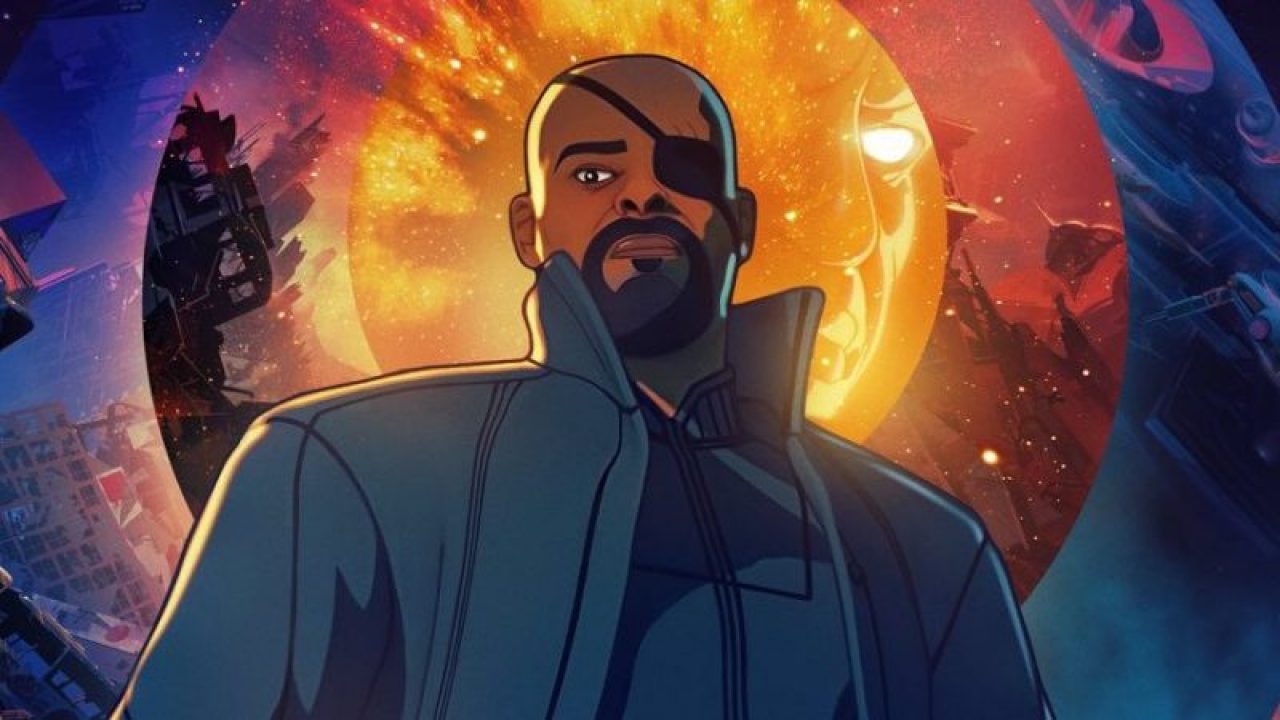 “What If… the World Lost Its Mightiest Heroes?” is the best episode of the kids-with-a-toy-box series yet, and more enjoyable and reverential to the classic characters than at least the last two MCU TV shows in their entirety. Getting past the race and gender-swapping that the canonical MCU is taking care of for them anyway, this week’s hypothetical scenario poses some really interesting questions about what the Avengers mean and how some people can lose themselves entirely through a change in circumstance – and others will never change. The animation still sucks, though.

As Nick Fury begins to assemble the heroes who will become the Avengers, his candidates start dropping like flies. Who is the assassin, and why is he killing Earth’s Mightiest Heroes?

I have a lot of good things to say about “What If… the World Lost Its Mightiest Heroes?” (why they didn’t go with “What If…  Earth Lost Its Mightiest Heroes? is beyond me), so I’ll get some of the negatives out of the way first. Seriously, what is with the animation on this show? It looks awful, and it only becomes more or less noticeable each week based on the story’s quality. Maybe it’s cheap, and they’re saving some of the money they spent getting a bunch of the film’s actors to voice the characters again, but I don’t think it’s worth it, especially when some of the voice acting isn’t so hot. Samuel L. Jackson is excellent as Nick Fury, but with a voice as distinct as his, he’d almost have to be. Tom Hiddleston is also great voicing Loki, and Clark Gregg keeps Coulson lively in a way the animation can’t. But Mark Ruffalo is dullsville as Bruce Banner, mumbling through his couple of scenes, and Jeremy Renner is a bit flat too. On the other hand, Lake Bell, who stands in for Scarlett Johansson as Black Widow, is superb. In light of that, I’d rather shave a little off the actors’ price tags and have something that looked like professional animators drew it. Also, as is always the case now, the humor is a bit too much at times. It isn’t as bad as it’s been, but there are a couple of scenes with unnecessary jokes that undercut something that needed to play out dramatically.

But that stuff melts away this week because the concept for “What If… the World Lost Its Mightiest Heroes?” is a great one. The Avengers start dying before they can form their team, putting Nick Fury on the defensive as he tries to root out the assassin while struggling to prepare for the massive threats to come. The notion of a tiny change completely reshaping the universe is intact, but the episode doesn’t reveal what that is until the end; everything you see before then is the result of Hope Van Dyne joining SHIELD as her parents did, which leads to her death. When Hank Pym is revealed as the killer, he’s shown as a man at the end of his rope, someone who lost the last thing keeping him sane after his wife perished. Knowing what we know from Ant-Man and the Wasp compounds the tragedy; he’ll never meet Scott Lang, and he’ll never explore the possibilities of the Quantum Realm, so he’ll never know that Janet is still alive. And from that tragedy, many others are born, with Hank plunging the world into misery as revenge for his own.

Watching Hank’s revenge unfold is effective not only because of how unsettling it is to see the Avengers be killed, but because it reminds us of how much we love these characters and how much comfort we took in knowing they were out there, if only in fictional worlds. It wasn’t long into “What If… the World Lost Its Mightiest Heroes?” that I wanted to go back to Iron Man and rewatch Phase 1 film by film, experiencing the story again the way it was meant to be. This time, that’s not a criticism; unlike pretty much everything Marvel is doing right now, these 30 minutes (credits included) understand how important the Avengers are. While the episode kills them off, it never tears them down. That extends to Loki as well, who is infinitely cooler here than at any point in his own series; actually, he’s cooler than he’s been since the final reveal of Thor: The Dark World. The writers of both of the previous episodes have a credit for this one; based on those, it seems to me that A.C. Bradley’s influence won out over Matthew Chauncey’s. Maybe Bradley should take on a bigger role in the MCU, so we can avoid things like “Shang-Chi is better than all the Avengers put together and multiplied by Thanos!” And I think I’ll blame Chauncey for the last-minute Carol Danvers appearance. 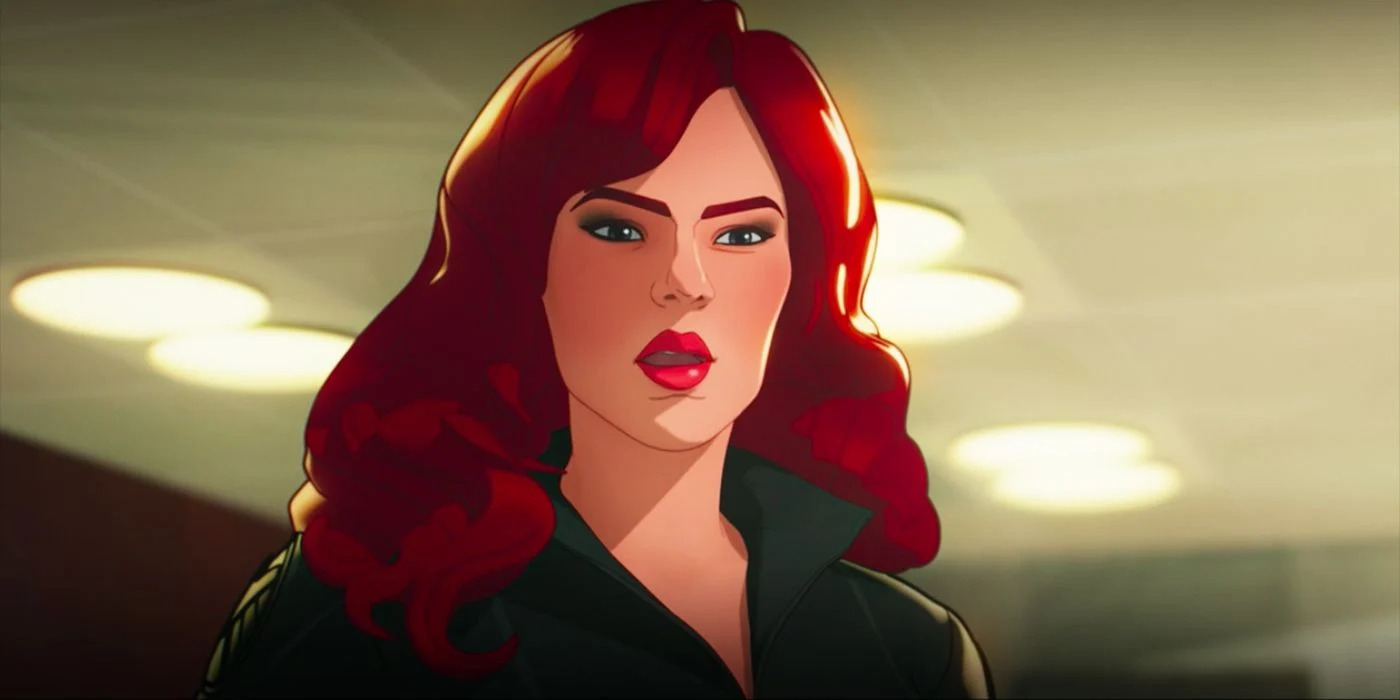 That reverence is seen mainly in the episode’s lead character, as the loss of the Avengers takes its biggest toll on Nick Fury. While the world would never get to know them, the idea was always alive in Fury, and as the bodies drop one by one, he sees not only his dream of a super-team but his belief in heroes and what they can mean shatter. One of the most satisfying ironies of the Marvel films has been the jaded, morally compromised Fury being one of the biggest believers in the goodness of heroes, and “What If… the World Lost Its Mightiest Heroes?” explores that expertly. It also shows the divide between an idealist like Hank Pym and a realist like Fury; Hank’s hope is shattered, and he becomes a monster, while the light Fury sees never extinguishes, instead focusing on perhaps the greatest and noblest hero of them all, still preserved in the ice. (And it shouldn’t be lost on anyone that Mjolnir is still around with nobody else worthy enough to wield it.) Then, there’s Loki; while circumstances force him to change his methods, he stops well short of turning over a new leaf, instead fulfilling his dreams of conquest, sans an alliance with a Mad Titan.

Despite the dire straits “What If… the World Lost Its Mightiest Heroes?” creates, it’s fun too. I liked keeping the focus on Nick Fury and Black Widow, so we could see them using their spy methods to smoke out the bad guy. That means low-key prison breaks, hoodies-of-invisibility, and sneaky alliances with unexpected friends. (Unfortunately, thanks to the lousy animation, it also means goofy fights that don’t excite so much as elicit sighs.) I got a kick out of seeing Natasha and Betty Ross, Bruce Banner’s two love interests (both of whom were unceremoniously dropped as such), not only teaming up but throwing shade at each other. Seeing Loki as a real threat again is invigorating, reminding us after the embarrassment of his solo series what a terrific villain the God of Mischief once was. And, though it’s short-lived, I’ll never pass up seeing the Hulk wreak havoc on the arrogant fools who think they’re going to take him down this time. 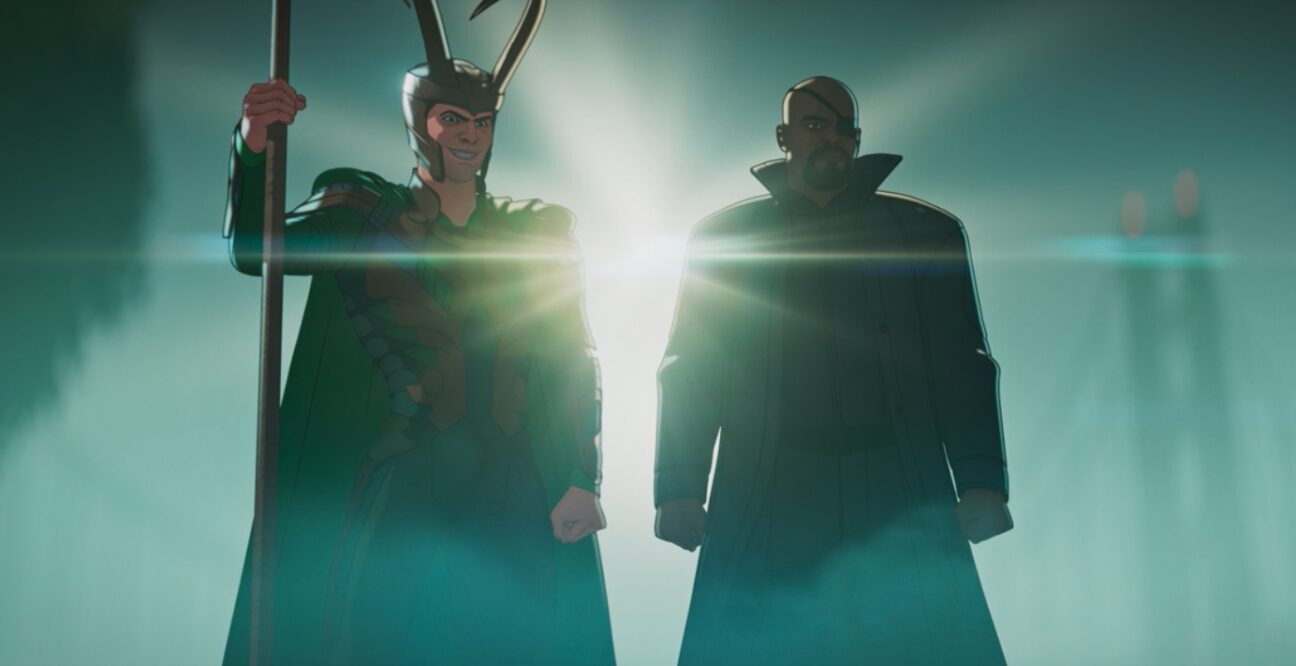 “What If… the World Lost Its Mightiest Heroes?” is a fun and thoughtful episode that demonstrates what this show can be if the writers tackle scenarios more interesting than the cosmetic ones of the previous two. The animation is still lame, and some of the humor doesn’t land, but the Avengers and Loki are treated with respect, and their importance to the world is explored.

“What If… the World Lost Its Mightiest Heroes?” is a fun and thoughtful episode that demonstrates what this show can be if the writers tackle scenarios more interesting than the cosmetic ones of the previous two. The animation is still lame, and some of the humor doesn’t land, but the Avengers and Loki are treated with respect, and their importance to the world is explored.

Yeah. This installment was quite good.