I find it interesting to look back and see how Star Wars has changed over the years, and not always for the best. Now that the Disney Star Wars trilogy is complete, I thought it would be fun to compare the prequel and sequel trilogies and see what each excelled and failed at. It goes without saying that the original trilogy is almost universally considered the best, and it’s undoubtedly my favorite. Unlike the originals, the prequels and sequels faced a lot of backlash at the time of release. We can debate which critiques are warranted and which ones boil down to nitpicking, and to some degree, that’s what I want to do. Overall, setting aside the trilogy we all like, which of the two that followed is better? Let’s see. 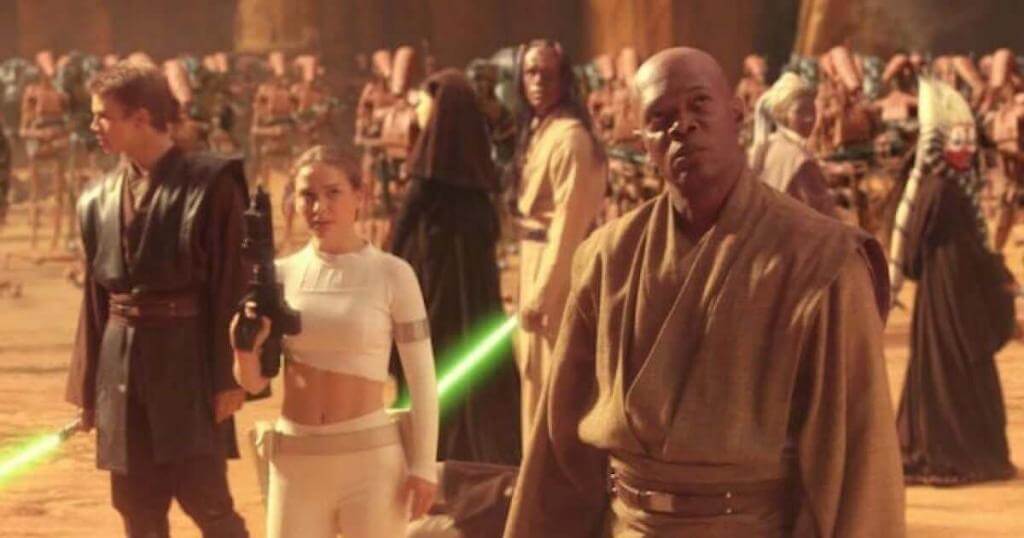 The prequels had controversial characters from the start. In The Phantom Menace, characters like Jar Jar Binks and the Neimoidans of the Trade Federation get ample screen time and dialogue. Meanwhile, Darth Maul shows up, looks cool, and is promptly sliced in half without so much as a backstory or any meaningful dialogue. Attack of the Clones focuses on an awkward romance between Anakin and Padmé that doesn’t benefit either character, but especially Padmé. Of course, most people agree that Revenge of the Sith is the best of the trilogy by leaps and bounds. The dialogue is less clunky, Anakin is finally a fully-realized Jedi, and we don’t have to listen to him bicker with Obi-Wan. However, there are definitely still problems here. Anakin’s interactions with Padmé still suffer from stilted acting and cringe-inducing exchanges.

Many of these issues are improved upon enormously by The Clone Wars. However, the problems still exist within the movies, especially for casual fans who aren’t willing to consume long-form television. However, I definitely think there are good characters in the prequels, as well as good character concepts that suffer from questionable execution. Qui-Gon Jinn is essentially a true Jedi, someone who serves only the Force rather than the Republic or any other outside entities. He stands in sharp contrast to characters like Yoda, Mace Windu, and, eventually, Obi-Wan, all of whom play right into Palpatine’s hands. I also like Ewan McGregor’s interpretation of Obi-Wan and the context it gives to Sir Alec Guinness’ turn in the original trilogy. To be clear, I’m not saying the originals or this character needed background in the first place. However, this is one aspect of the prequels I really do like, and that adds something rather than diminishing the original trilogy. Ian McDiarmid being excellent as Palpatine in both the roles of Chancellor and Sith Lord goes without saying, but I’m saying it anyway. I also think that Hayden Christensen’s physical performance as Anakin is good. Yes, the dialogue and his delivery of it is off, and sometimes even awful. But I think his body language and the way he carries himself actually fits the character very well. This is to say nothing of the make-up on him, especially in Revenge of the Sith. 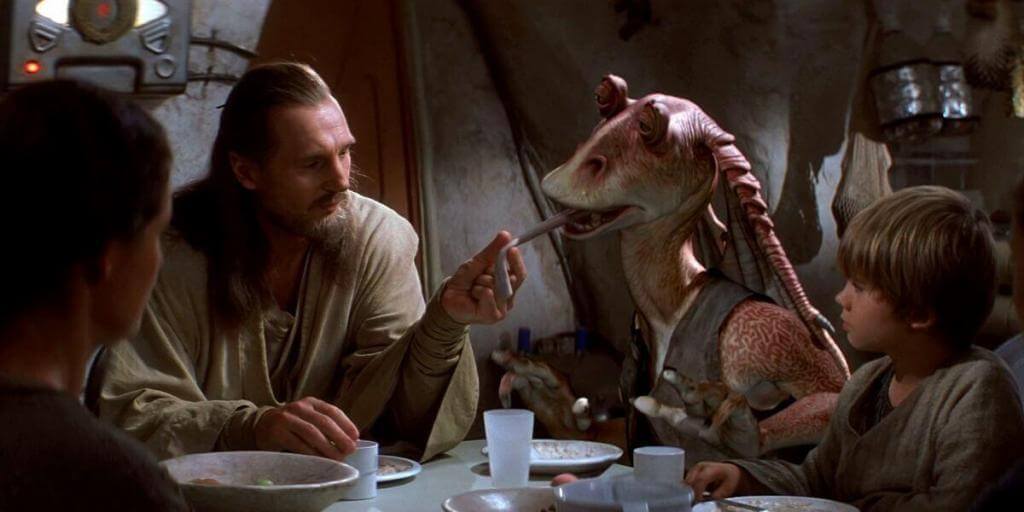 Padmé is a character I find admirable because of her actions and despite Natalie Portman’s acting. I would also say that, while most of the prequel trilogy’s villains aren’t very well developed, they’re overall better than those in the sequel trilogy. This is even truer if you do include The Clone Wars; Resistance does nothing for movie characters who appear, such as Captain Phasma and Kylo Ren. However, The Clone Wars and Rebels re-invented Darth Maul, giving him a backstory, motivation, and a satisfying, meaningful death. Count Dooku, Jar Jar, Anakin, and numerous other characters are similarly improved. Without the series, the prequel films leave a lot to be desired with the characters, be they hero, villain, or somewhere in-between. However, I think there’s a lot to love, and more than in the sequels.

Ever since The Force Awakens came out, but especially since The Last Jedi, the characters in the newest trilogy have been the source of much debate. Many of us find them to be superficial and underdeveloped. Meanwhile, others argue that racism and sexism are the real sources of the disdain for these characters. Not only do I think that to be a surface-level defense, but it’s also patently untrue. Female and ethnically diverse Star Wars characters have been embraced in the past, including main characters, as well as sidekicks and love interests. Everyone thought Lando Calrissian was cool, and everyone idolized Princess Leia in the original trilogy. Mon Mothma was the backbone of the Rebellion itself long before Rey was a thought in anyone’s head. Mace Windu isn’t exactly a fan-favorite character, but from what I’ve seen, he’s never drawn hate like the new characters do. The female animated characters like Ahsoka, Hera, Sabine, Bo-Katan, and others have been accepted with open arms. The identity politics argument is shallow, stupid, and has no basis in reality. 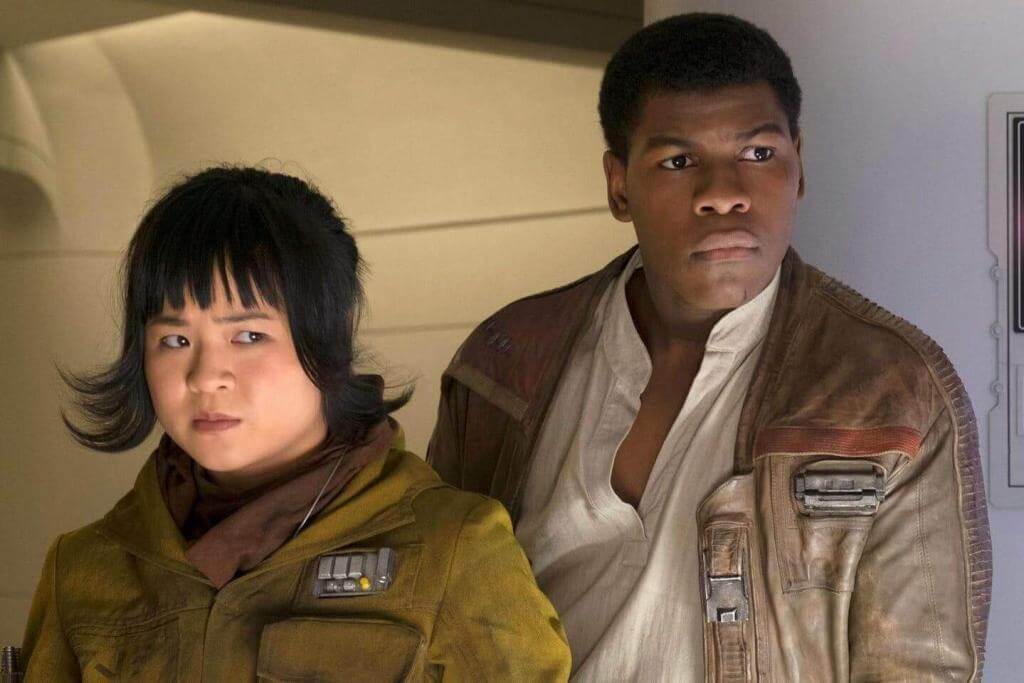 This being said, Rey sucks as a character, and especially as the main character of a trilogy. I actually like Daisy Ridley’s performance as Rey in The Force Awakens. She’s lively, hopeful despite her destitute situation, smart, hard-working, and just fun to watch. I have no problem with the actress, and actually feel a little sorry for her. Being cast in these movies should have been the chance of a lifetime. Sadly, along with her co-stars, she just looks tired by the time The Rise of Skywalker rolls around. From a writing standpoint, I like Rey’s introduction, although it’s very similar to that of Luke and, especially, Anakin. However, hope is lost shortly after she leaves Jakku. As we’ve all been saying since 2015, Rey essentially has no character arc. I had hoped this would be remedied by The Last Jedi, but that’s both funny and sad in retrospect. The Last Jedi was more interested in shocking viewers than delving into these characters and their relationships. Why develop Rey when we can regress and destroy Luke? It’s not just classic characters this film undermines, either. Poe’s standing as a gutsy Resistance pilot is challenged as The Last Jedi presents him as a whiny little boy who can’t follow orders and doesn’t respect anyone or anything. And, of course, the film infamously steals Finn’s chance to truly show that he has undergone character growth. A former storm trooper sacrificing his life to deal a blow to his old cohorts would have been infinitely preferable to Rose stepping in and stealing his agency to do so.

Speaking of Rose, I don’t hate her and Vice Admiral Holdo *quite* as much as many other fans. They’re under-written and should have been replaced in their respective roles with pre-established characters from the previous film. I do think Kylo Ren is interesting and, by far, has the closest of the main characters to a well-done character arc. Aside from Palpatine, Ren is more developed within the movies than the other prequel villains. Adam Driver is also good in the role. By and large, the actors in the sequels aren’t the issue. Hux is a joke by the end of The Last Jedi, we learn absolutely nothing about Snoke, and Captain Phasma dies before her storyline can even be resolved, much like Darth Maul in The Phantom Menace. It’s like they couldn’t be bothered with the trilogy’s ancillary villains, or much of anything for that matter. 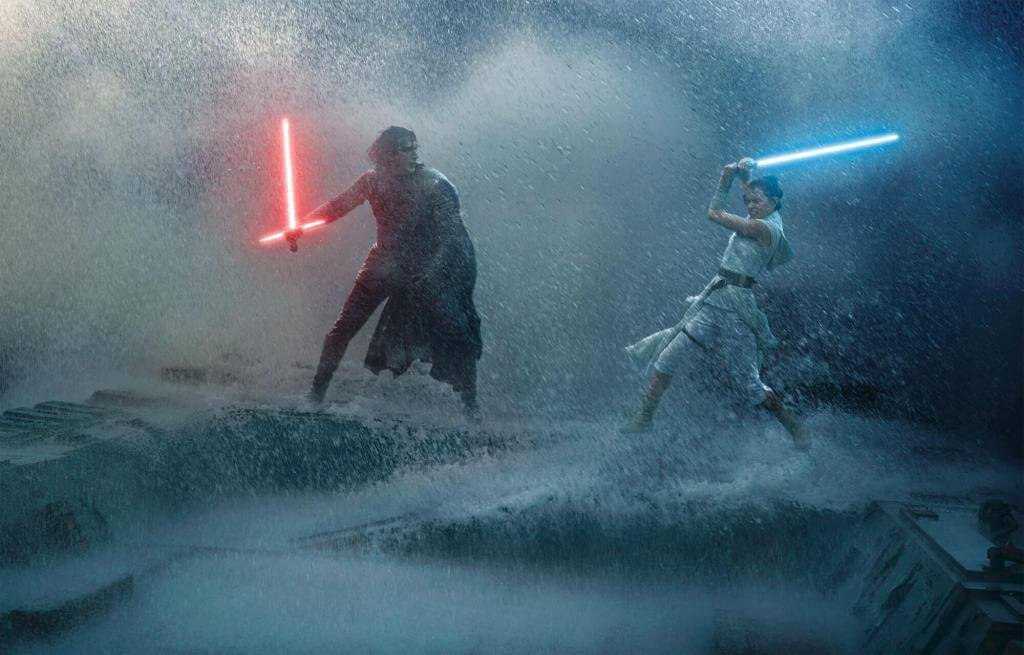 Overall, while the prequel trilogy characters have numerous issues of their own, I can’t help but like them. Their concepts are good, some of the actors are great, and most of them serve the story. I want to like Kylo Ren, and I can see (wasted) potential in characters like Finn and Poe. But overall, I don’t think there was a good plan in place for the characters of the sequel trilogy. The acting in the prequel trilogy got progressively better, while the exact opposite happened with the sequels. The sheen of the newer movies can’t hide the fact that good ideas were sacrificed for bad, and character development never seems like a priority. The relationships between these characters also seem shallow and unearned, especially in Last Jedi and Rise of Skywalker. Both trilogies have character problems, but overall, I think this round goes to the prequels.

Which trilogy do you prefer? Let us know in the comments and stay tuned for installments comparing the prequels and sequels based on visuals, story, and more!

I think the prequels are better in terms of character but I also feel that if it weren’t for the clone wars show fleshing out the characters then maybe it wouldn’t be so clear cut. I feel That some of the characters In the prequels were wasted and same with the sequel. I felt like Rey could have been a great character if the writing was there or she had an arc.

I agree that The Clone Wars adds a lot to the prequels and their characters. As I mentioned, I think they focused on the wrong characters and storylines some of the time in the actual films. However, they’re still leaps and bounds ahead of the sequels in my eyes. Anakin, Obi-Wan, and Padme at least had arcs in the movies even without the TV show. I would argue that Kylo Ren was the only main character in the sequels that undergoes any meaningful change. I also like Anakin’s arc and think the show only makes it better. The fact that we have to say that Rey could have been a good character under completely different circumstances proves what a poor job they did with her.