The Emmys and Poetic Justice 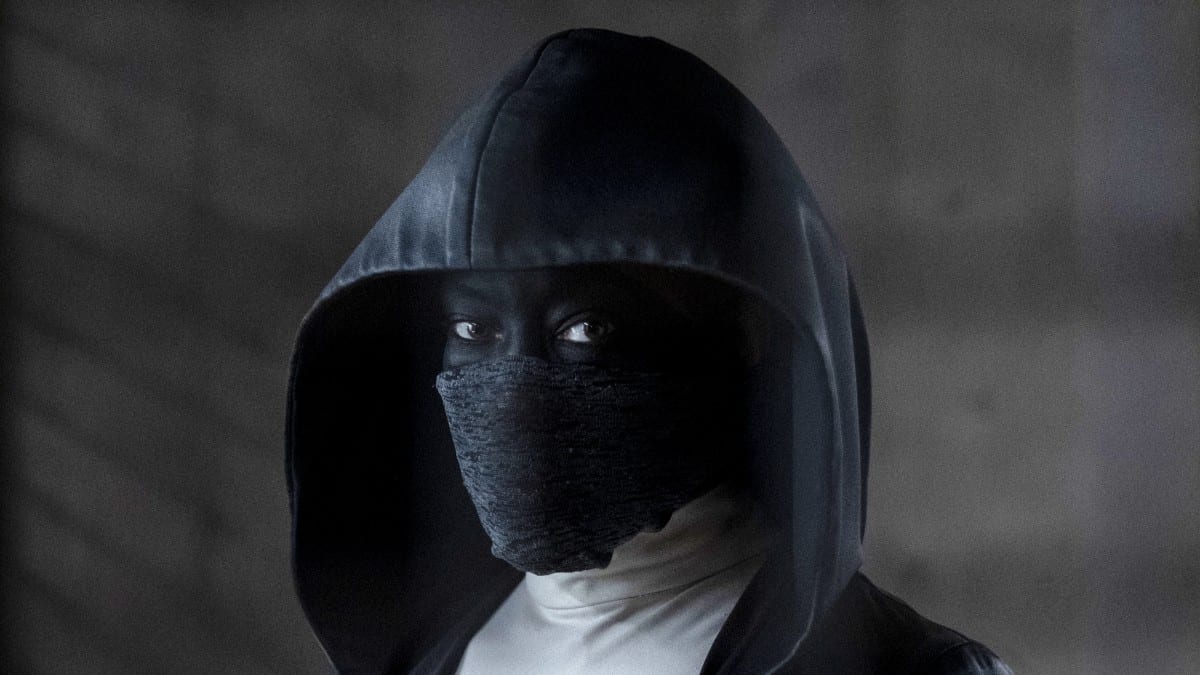 The 2020 Emmy Awards aired this Sunday, and like the rest of the world, I didn’t watch it. The Emmys never appealed to me in the same way the Oscars did (before a celebration of cinema turned into a bunch of limousine liberals trying to out-woke each other). It doesn’t feel like an event, especially as the same four of five shows seem to be nominated every year, or at least they did when I paid more attention; I love Frasier, but how many times can you see David Hyde Pierce win before you pray for a commercial? So, like sports, declining to watch most award shows is a protest that doesn’t ask much of me. But this year, the happenings seemed to be indicative of something that’s brewing in Hollywood, something the people who think they’re better than us because they worship trees and pretend to be drug dealers brought on themselves. Progressivism, you see, is a snake that is now eating its tail.

This started before the Emmys; it’s been going on for a while now, and we’ve all seen it and complained about it. The racially motivated casting, the denigration of men as women take over their franchises, the injecting of politics into something that’s supposed to be fun (and clumsily, instead of intelligently, which would be more palatable) – and that’s just on the screen. Behind the scenes, measures are being taken to ensure that movie sets meet diversity quotas; the Academy of Motion Picture Arts and Sciences will not allow films that don’t meet its shiny new standards to be considered for a Best Picture Oscar. Meanwhile, directors proudly shout from the rafters their intention to change characters they didn’t create, lest anyone take their movies at face value. In their personal lives, the movie stars we want to like back the monsters who are burning cities to the ground, going so far as to bail out the marauders so they can grab some more matches. And this isn’t even getting into the horror show that is Cuties. Hollywood has gone all-in on wokeness, and it’s gone from annoying to downright evil.

At the Emmys, this was perfectly encapsulated when HBO’s Watchmen won eleven awards, including Outstanding Limited Series (I guess Outstanding Drama Series would’ve been too embarrassing for something that isn’t getting renewed), Outstanding Actress in a Limited Series for Regina King (who overacts as a terrible character), and Outstanding Writing in a Limited Series for Damon Lindelof and Cord Jefferson for the episode “This Extraordinary Being” (where it was “revealed” that Hooded Justice was really a gay black guy who wore makeup to look white because of the 1619 Project or something). That this series won anything except Outstanding Desperation to Prove Woke Credentials is laughable, but the glaring ridiculousness of its triumph brings the current Hollywood mindset into focus as well as anything else could. If you haven’t seen it – and I’d recommend you keep it that way if so – the show that produced this scene is what won the Emmy for Outstanding Limited Series:

Bold television, no? But it’s diverse and has lots of gay sex, and that’s all that matters; there’s even an episode where a heterosexual character eats his dinner while watching a gay sex scene on a TV show, which I guess is an admonishment to straight guys who don’t care to see that kind of thing. (“If it’s good enough for Tim Blake Nelson, it’s good enough for you rubes!”) The new Oscar rules are a bit abstract, and I’ve even seen it suggested that they’re written vaguely enough that a movie can get around them with a technicality or two, so the people who protected Harvey Weinstein can once again look like they’re taking decisive action against an imaginary injustice that, even if it existed, they’d be responsible for, while not really doing anything. Given that these people advocate for green energy and lowering your carbon footprint while living in block-long mansions and flying around in private jets, that wouldn’t surprise me. But giving an Emmy to something as awful as Watchmen is like a hammer of political correctness bludgeoning you till you see how absurd this whole farce truly is.

However, the fallout of this nonsense is happening, and it’s even more delicious than box office failures and declining ratings. In July, the Daily Mail published a fascinating article that you won’t regret reading in its entirety. The short version is that Hollywood is feeling the strain of their virtue signaling, with white heterosexual actors, directors, and producers “fear[ing]they will never work again.” One anonymous studio said that the careers of many white men in Hollywood “are pretty much over.” The article claims to have “dozens” of Hollywood sources who confirmed this race-obsessed atmosphere that has enveloped Hollywood and has only been exacerbated by the Black Lives Matter movement. But the money men forcing this on the artists are starting to feel the pain too; a production with “an all-black cast and crew” is running into trouble because the filmmakers are all under twenty-five years old and have no experience but have been given control of a $20 million movie. The studio sent an executive to oversee the production and guide these kids along, but she’s a white woman and will get no credit, lest the image of diversity (how a movie where everyone is of the same race is “diverse” escapes me) be lost. Of course, there’s nothing wrong with an all-black production, or in giving budding filmmakers an opportunity, but throwing $20 million at people who “have never been on a movie set” and don’t know “how union rules work, about taking regular breaks or how long you can shoot in a day” is pretty stupid.

But, as with Watchmen winning awards of which your average Burger King commercial would have been more worthy, Sunday night’s Emmys gave a more visceral example of Hollywood’s fist-raising chickens coming home to roost. Host Jimmy Kimmel, a talk show personality who has dispensed with comedy to go after a President he doesn’t like, introduced Black-ish actor Anthony Anderson to present an award, and Anderson went into an indignant rant disguised as a comedy bit that culminated in him ordering Kimmel to say – nay, shout – “Black lives matter” for the audience that wasn’t even present to hear. Kimmel’s reaction is priceless; he’s embarrassed, he clearly thinks this is stupid, but he ultimately does what he’s told, supplicating before the monster he and his industry helped create. This is revealing; I never thought the former co-host of The Man Show (along with the still awesome Adam Carolla) was really as crazy as he acts but went with the flow to stay relevant and keep his cushy late-night gig. His treatment at the Emmys all but confirms this for me and makes me wonder what the expressions of some of the other vociferous standard-bearers in Hollywood would be. It’s easy to post a black square on your social media account and call it a day, but when some nut is commanding you to show them your papers on live television, your nerves may fray a tad.

This incident would probably have secured a Trump victory in November if more than three or four people watched the Emmys. But what did it do for the people who did watch it? Specifically, what did it do for the Hollywood elites who have been furiously tweeting their support for this movement? We can’t know for sure, and I imagine the really crazy ones – your Mark Ruffalos, your Ashley Judds, your Debra Messings – simply nodded along and maybe even shouted the Marxist catchphrase at their TVs while their spouses rolled their eyes and downed a stiff drink. But what about people like Leonardo DiCaprio or Brad Pitt? Does Matt Damon look at Jimmy Kimmel’s humiliation and think, “That will be me one day”? It’s one thing to watch the little people get pulled out of their cars or accosted at a restaurant, but when it’s someone in your bubble, someone who, like you, is supposed to be immune from this kind of intimidation, it’s got to be sobering to anyone who still has a smidgen of common sense. And then there are the Hollywood figures who helped with that Daily Mail article; how do you feel about your pet cause when it’s costing you your career, your livelihood, and – perhaps most important to celebrities – your relevance?

I don’t want to get my hopes up, but it isn’t too much of a stretch to think more than a few will replace pride with practicality and toggle their switches in the opposite direction before pulling the lever on November 3rd.

For a while I’ve been wondering how long before a movie studio or tv network goes under due to consistent financial loses.

It’s pretty funny to see how everything they suck up to is costing them money. They force wokeness into their movies and audiences don’t buy tickets. They bend over backwards to appease China (for what ultimately isn’t even that much money) and the Chinese government creates a pandemic that shuts their industry down and costs them billions. They stump for Democrats, and Democrat governors keep movie theaters closed even after other states open them, costing them even more.

I was told about the Emmys being a train wreck and now after reading this article i know it was. If Watchmen won 11 awards then that means that they really lowered the bar in what it means to make art in a movie. I watched the first episodes of Watchmen. I was interested at first, I ignored the fact that it was about racism only because the mystery of the first episodes caught my eye, despite Jupiter’s cringe fests and the constant racist hunting like if it were the only problem in the world. Also i hated the fact that the Rorschach gang was shown as the bad guys when every Watchmen fan knows that he was the favorite of the comics. And another thing. For a show that tried so hard to mix history with science fiction, they really failed terribly with the history. For example, When it came to depicting Looking Glass’ origin story and the religion he practiced, they didn’t even portray it right. They were so focused racism that they didn’t even try to blend in the historic accuracy in it.

The show was awful. It felt like another one of these modern attempts to “correct” something popular. Now Dr. Manhattan is a black woman, Rorschach’s memory is tarnished because he’s a white conservative, and the ending is completely undone for no reason whatsoever.