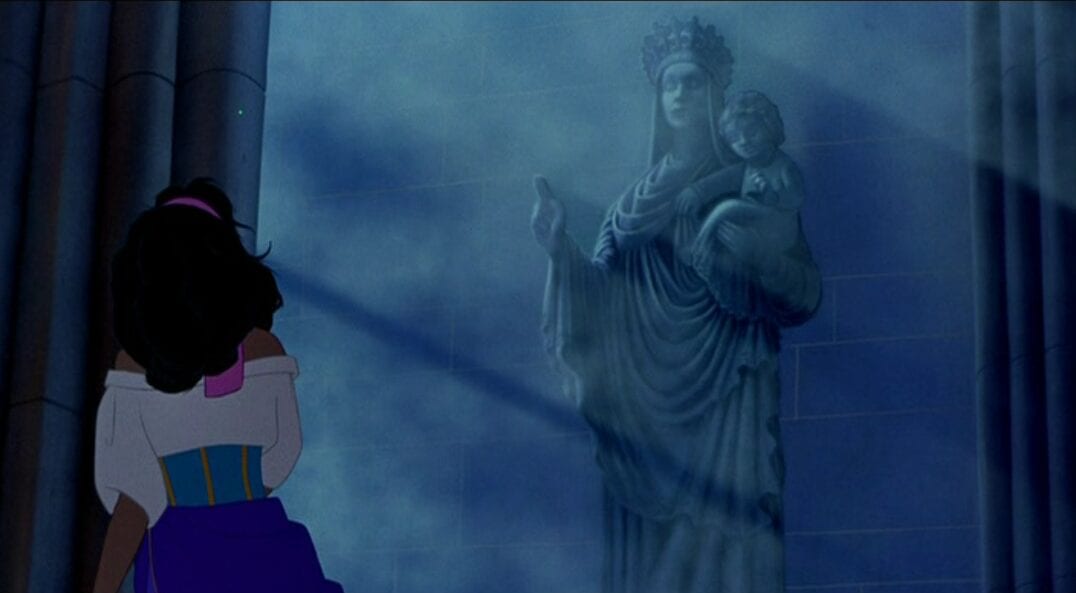 In honor of Mother’s Day, I’d like to take a look at some of Disney’s best mother characters. Surprisingly, there aren’t that many, as most of them are either dead for the majority of the film or pushed to the background, so I’ll also be including Pixar mothers. Characters introduced in sequels and spin-offs will be excluded, as well as characters from live-action films for simplicity. However, just as a mother can be biological or adoptive in real life, they are in fiction, too; sometimes mother and child are even members of different species.

Elinor is an underappreciated character in a film that’s overall pretty average. Brenda Chapman’s original vision for Brave would have given prim and proper Elinor and her impetuous daughter Merida equal voices. However, Mark Andrews’ film definitely presents events and characters from the young princess’ point of view. In this way, the movie comes off as generic and more reminiscent of various Disney films than anything previously put out by Pixar. Brave is a mediocre film overall, but Elinor and Emma Thompson’s performance as her still come off as pretty nuanced and interesting, and certainly more so than Merida. Elinor is my favorite character in the film, along with her husband and Merida’s father King Fergus. I feel as though Brave could have ultimately done a better job of illustrating why Elinor feels the way she does and tries to control Merida, but her frustration with the bratty wild child is understandable. Elinor isn’t my favorite Disney/Pixar mother, but she earns her spot on the list by being loyal, loving, honest and always trying to do what she thinks is best for her children. 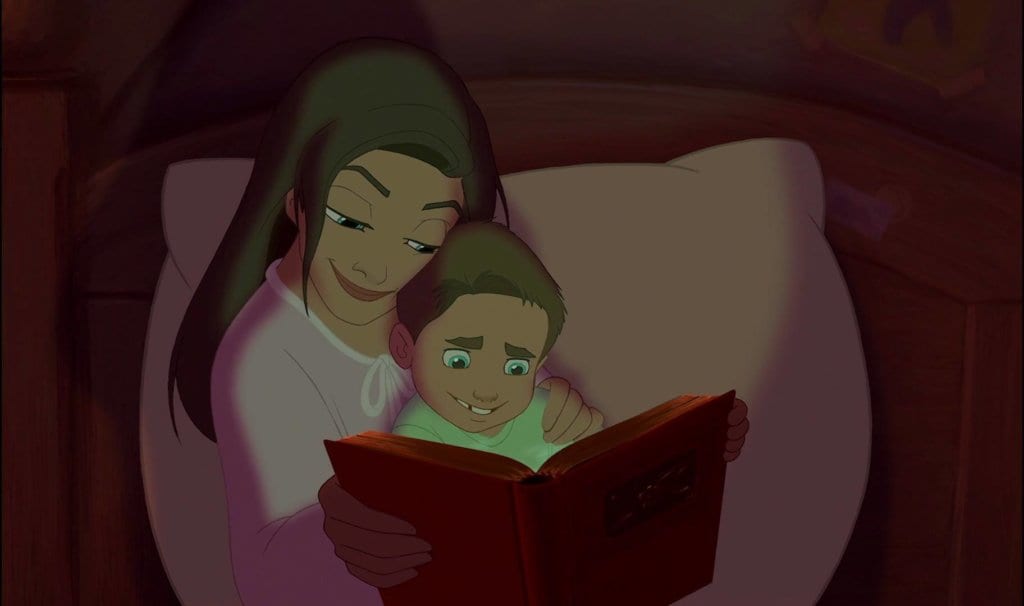 Treasure Planet is a terrific film in many respects, and one of its greatest strengths is how it develops its characters and relationships. While the main story and much of Jim’s arc are driven forward by his relationship with Silver, his mother Sarah was the first person to be there for him when his father left. We don’t learn as much about Sarah as an individual compared to some other mothers on the list simply because Jim is away from her during the film’s second act. However, she is obviously a dedicated and loving mother, as well as a hardworking innkeeper. Even as she dealt with her own devastation at her husband’s betrayal and abandonment, she was always there for Jim, encouraging him regardless of his own poor decisions and lack of ambition. No matter how her situation or relationships change, Sarah is stalwart and determined. We do see her break down a little bit, both in Jim’s flashback of his father leaving, and early in the film when he is busted by the police. She is exasperated by Jim’s staunch belief that Treasure Planet is real and frustrated by his wasted potential, but even at her lowest points she never gives up on him or overreacts like some other Disney parents (King Triton and Buck Cluck, for example). Although she isn’t one of the film’s main protagonists, the scenes that do feature Sarah paint a vibrant image of an imperfect woman who just wants to do right by her son and find her own success, all the while having nobody she can lean on. 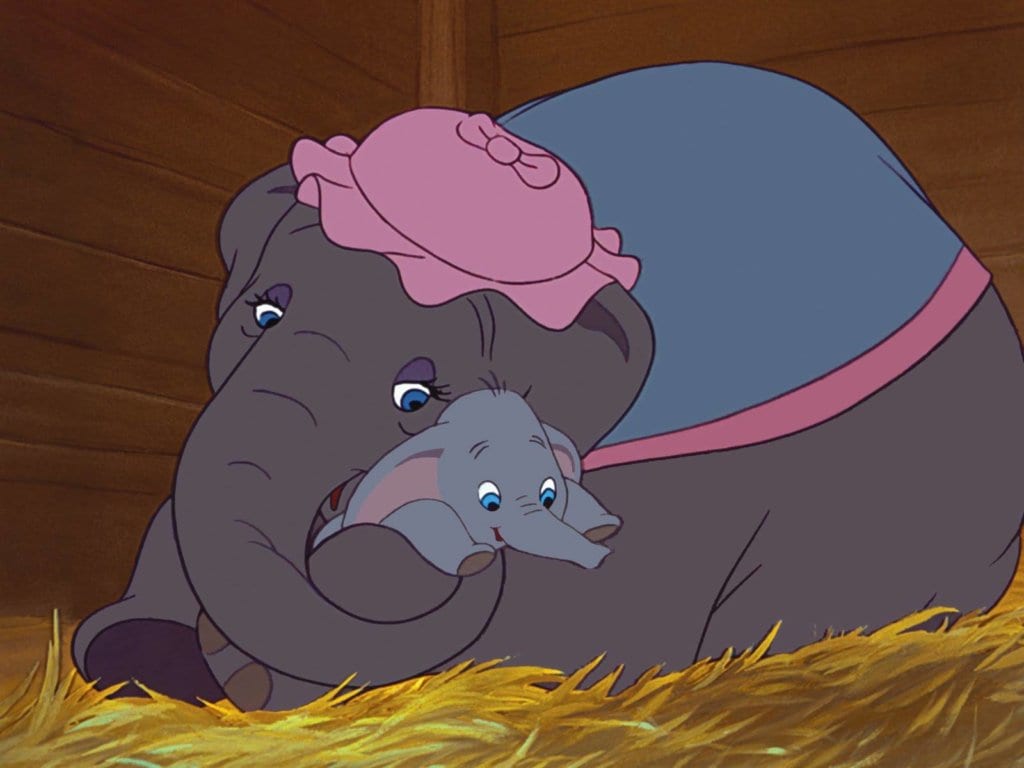 Despite her measly screentime in an already-brief film, Mrs. Jumbo is one of the best-remembered characters in Dumbo. The film jumps right into establishing her relationship with Dumbo before he even arrives; she longingly looks on as all the other mother animals receive their packages from the Stork, so desperate to be a mother and have someone to love. Once she has her son, Mrs. Jumbo loves him for his unique quirks, rather than in spite of them. She relentlessly protects him from the bullying of fellow elephants, as well as the cruelty of humans, and this is used against her when they label her a mad elephant and imprison her, separating Dumbo from his sole defender. Dumbo’s emotional core is the scene where his new friend Timothy takes him to see his mother and the iconic song “Baby Mine” plays. There’s something haunting about the lullaby-esque melody, the slow calm of the animation, and the way the camera pans to various other mothers and children. Dumbo features one of the most satisfying, cathartic endings to any movie when Dumbo is finally reunited with his mother, thanks to Timothy, the Crows, and his own abilities. 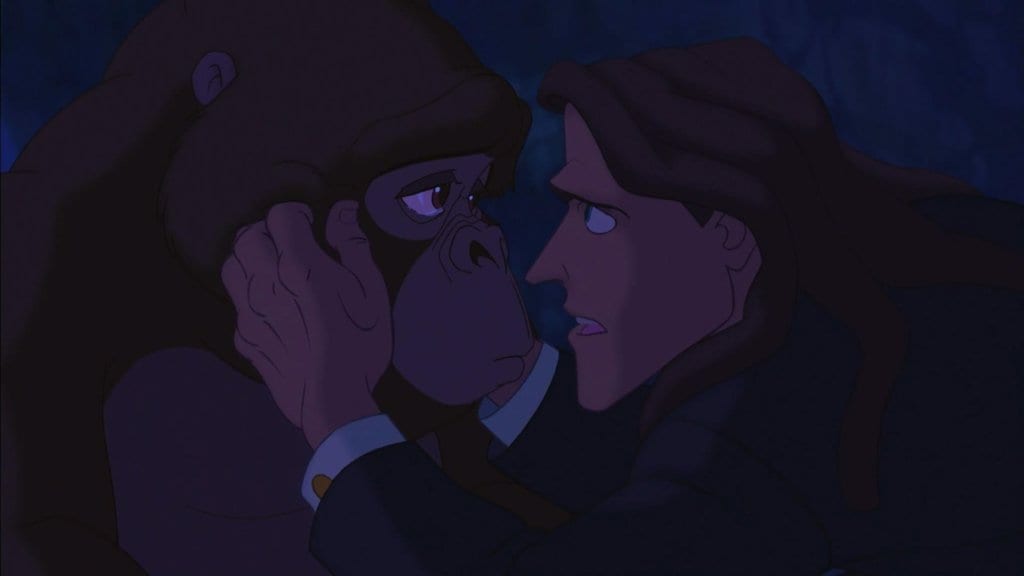 Unlike Treasure Planet, Tarzan treats its protagonist’s mother as a major player, with their relationship outshining even his romance with Jane. The film begins with the deaths of Kala’s baby and both of Tarzan’s parents, but the story really kicks into gear when she defies Kerchak’s wishes and adopts the human baby. Kala was a similarly devoted mother in the original novel Tarzan of the Apes, but the animated film turns up the emotion and delves deep into what a bond like this would look like. Glenn Close works her magic on the role, really playing up Kala’s maternal instinct and ultimate fear of Tarzan leaving her to be with his own people. This film’s voice cast is quite underrated in general, and she’s a shining example. It’s interesting to me that Tarzan takes this narrative direction, as most Disney films focus on romantic relationships, or those between a father and his child(ren). This is refreshing among the Disney canon. Kala was, in my opinion, the greatest Disney animated mother character since Mrs. Jumbo. Even still, no non-Pixar mother has surpassed her yet in terms of dedication or characterization.

Elastigirl is one of my favorite characters in any film I’ve ever seen, and an exemplary person and mother. She starts out in The Incredibles making it very clear that, unlike Mr. Incredible, she has no interest in slowing down or raising a family. In a perfect bit of irony, of course, they quickly switch positions after the 15-year time jump, as Helen becomes the ideal mom and Bob the self-absorbed, inattentive father suffering from a midlife crisis. Helen is another imperfect character, but one of integrity who always puts the children’s needs first. One of the great things about The Incredibles that make it a remarkable film is that every character is essential to the story, and Helen is no exception. She stands not only as a character foil and love interest to Bob but as a complex, dynamic character in her own right. Through Violet, she learns that her children have limits, no matter how strong they seem. Through Dash, she learns that sometimes she has to let go and let her kids make their own choices, an arc usually reserved for overprotective father figures. Jack-Jack is just a baby, but the way she’s shown caring for him communicates a lot about her nature as well. Although Bob feels nagged by her, Helen’s desires are more reasonable and seemingly more realistic than his. She’s also pretty patient considering some of the stuff he’s pulled in the past and his continued attempts to sneak around doing illegal vigilante work. Her physical flexibility and agility are matched only by her own adaptability and patience with her very special family.

While Tiana’s father was the one who encouraged her to work hard for her dreams, her mother Eudora recognizes that she’s taken his lessons too far and needs to have fun from time to time. Their relationship is downplayed quite a bit, as the film has lots of other ground to cover, so Eudora is relegated to an honorable mention. 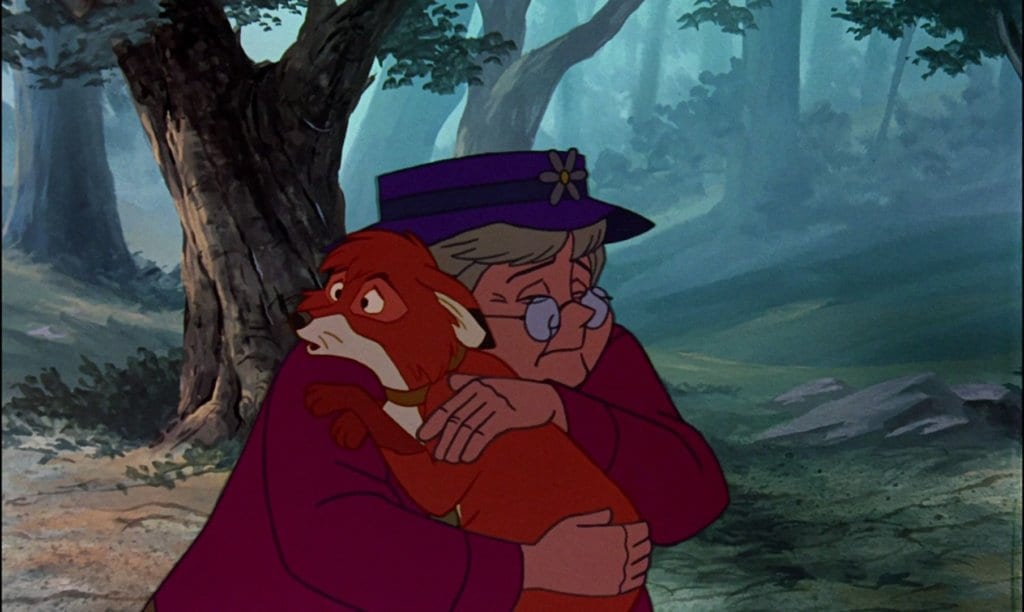 Widow Tweed may be an old human woman and Tod a baby fox, but she’s the only mother he’s ever known. After he’s left orphaned when his mother is killed by a hunter, she takes him in, and the two become a family. “Goodbye May Seem Forever” is one of few scenes in a film that can always make me cry, being an animal lover myself.

Laurie Metcalf’s second (third, if you count Pixar’s Toy Story) animated Disney mother character after Sarah Hawkins, Lucille would have actually made the list were not the other contenders so strong. She’s funny and wacky, but more importantly, she encourages Lewis to be his best self and pursue his scientific interests, and eventually adopts him.

While Nani is technically Lilo’s older sister, as a teenager she’s forced to drop her social life and personal pursuits and serve as a mother after the loss of their parents. She even keeps David at a distance because she doesn’t want to involve a new boyfriend in her life so she can instead focus on Lilo’s needs.

Did your favorite Disney mother figure make the list? What Disney-related topic or category would you like to see covered next? Let us know in the comments, and make sure to wish the special woman in your life a happy Mother’s Day!