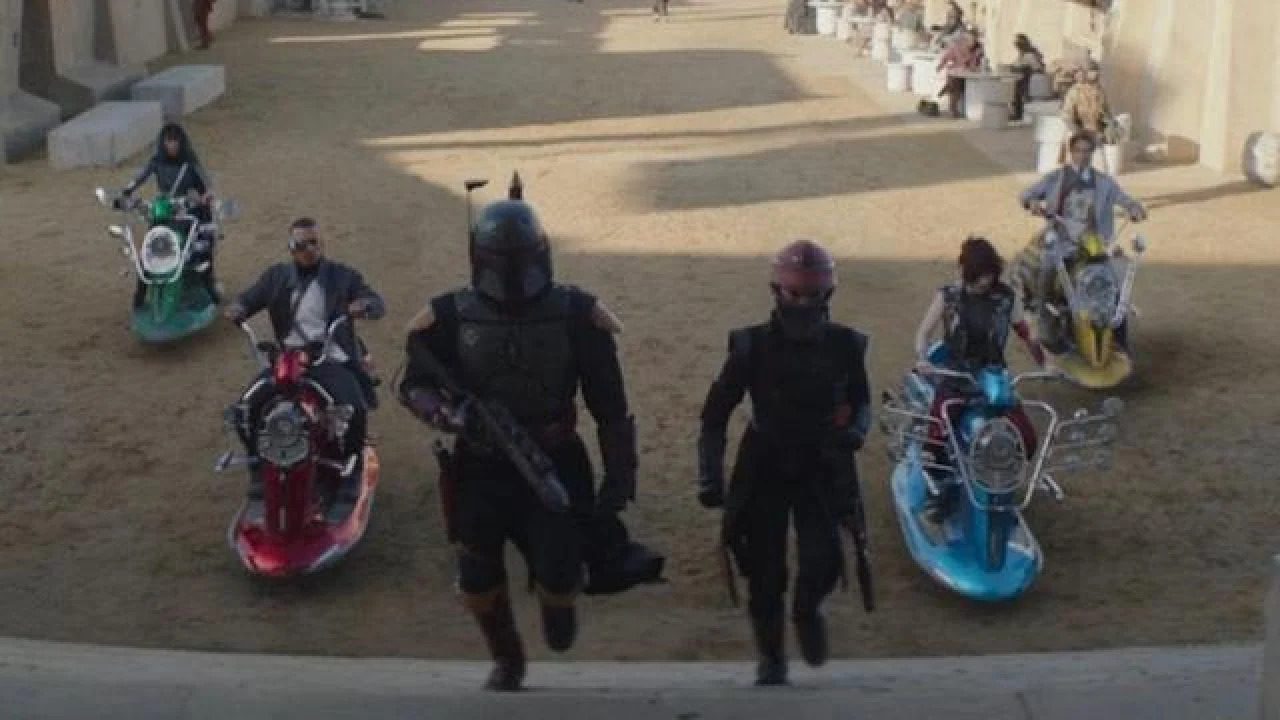 On Friday, January the 14th, The Book of Boba Fett stars Temeura Morrison and Ming-Na Wen took part in a virtual Television Critics Association press tour panel. They were asked about some of the latest episode’s most contentious aspects, namely the deaths of the Tusken Raiders and the introduction of the mod biker gang. On the subject of the Sand People, Morrison had this to say:

“[Their portrayal] was better than it was [in the films]…Then I read [in the script that] we were throwing dead bodies just on the fire and I was going, ‘Oh, hang on, we got to put a bit of ceremony into this.’ But they are the Indigenous of the sands of Tatooine, and I was creating a little bit more history about their own culture — and I was pulling from my own culture, in a way, in terms of the ceremonies and preparing the warrior and preparing a weapon. And Boba has never experienced a real family before — with the young Tuskens and the old Tuskens — and protecting their land.”

“This is a real homage to the things [creator] George Lucas always loved — whether it was the Mods in the ’60s, or [Lucas’ hot rod film] American Graffiti. At the same time, it lends itself to learning more about Tatooine. And Sophie was a lovely human being, and I definitely enjoyed getting to know her.”

The two praise the biker gang actors, and Sophie Thatcher in particular, and Wen discusses being an aging (but still awesome) action star. I recommend reading the complete responses here. Personally, I find it strange that actors are being asked to justify creative choices made by the show’s writers. As Morrison indicates later on, it wasn’t his decision to show certain things or handle topics this way. It puts him and Wen in the uncomfortable position of defending their co-workers and their work, whether it be Jon Favreau and Robert Rodriguez or other actors from the project. I’m not sure how anyone can reasonably be expected to speak for others or explain their choices. Since the episode aired on Wednesday, I’ve been a little taken aback by the sheer negativity surrounding it.

I didn’t think “The Streets of Mos Espa” was great, either taken on its own or as part of the larger Star Wars narrative. It was acceptable but not spectacular, and overall, much weaker than the previous chapter. However, I loved the bits with the rancor and the relatively brief flashback sequence. I also think it’s good that we’ll likely be stepping away from the flashback format in the coming episodes. I would be surprised to see backlash to the fate of the Sand People if everything didn’t make people mad on the internet. I thought this would obviously be their fate from the beginning, and it seems inevitable in retrospect. Boba Fett grew to love and respect the Tuskens as a surrogate family, and they clearly accepted him the same way. The fact that he isn’t in communication with them here or in season 2 of The Mandalorian would indicate that something happened to sever that bond. I could see an argument that this was predictable or trope-y because it absolutely was. I don’t care about being surprised as long as a story is executed well, and Star Wars has always been prone to revisit classic tropes and archetypes anyway. But that would make more sense to me as a complaint. If the problem is that this was unjust or “racist” (speciesist?), it would seem pretty obvious that that was precisely the point. I’m not saying people have to like this revelation; I’m just not sure what the problem is here. The showrunners went out of their way to show that this was a kinder, more peaceful tribe before reminding us what an uncaring, harsh place Tattooine is for people like that. I found this quite effective and one of the episode’s highlights. 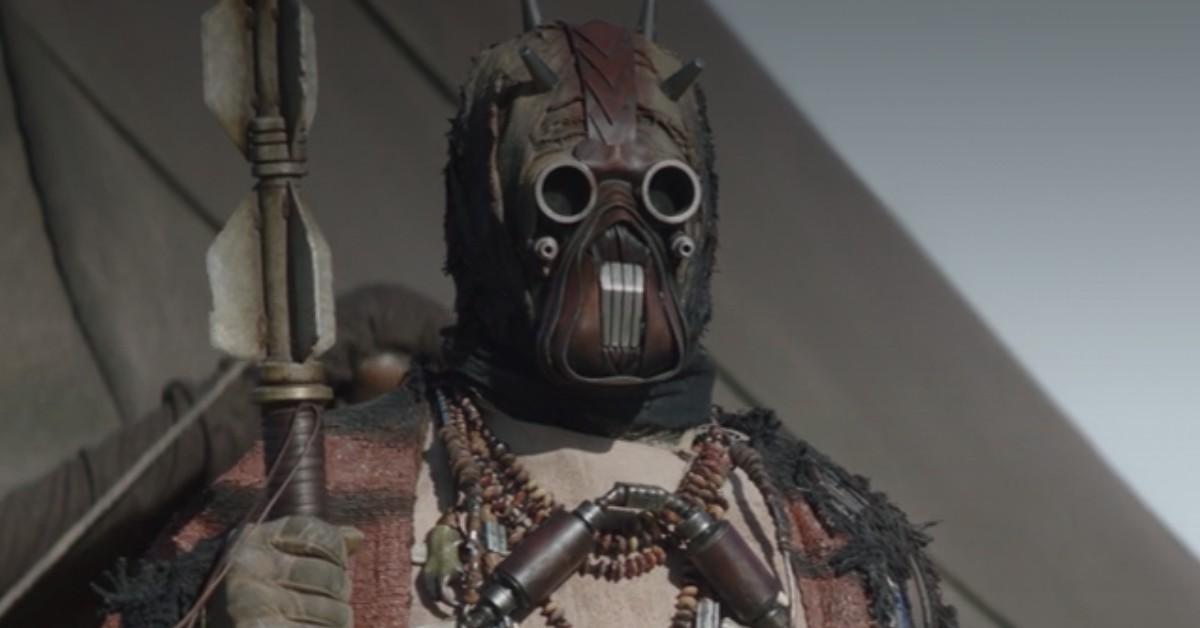 I don’t have the same fondness for the biker gang, though I think this aspect could be improved as the season progresses. A big problem here is the framing and introduction of these characters. We know very little about them, and they’re incredibly loyal to Boba right off the bat. When he gets attacked by Krrsantan, the mod gang shows up and fights back before the Gamorreans or even Fennec. Boba paid off their debt and hired them, but I don’t think the show makes a very compelling case for this fealty from their perspective. Their appearance and shiny bikes don’t jibe that well with the tone and setting of the show, but if they pan out well as characters, that isn’t a deal-breaker for me. I find some of these criticisms questionable, while others have more merit. Regardless, I think it’s blown out of proportion when actors without any creative control have to backpedal and justify “controversial” story elements. I can understand having aesthetic problems with the bikers. Still, I find it absurd to suggest that the storyline with the Sand People is harmful or racist.

What did you think of “The Sands of Mos Espa,” or the show as a whole? Let us know in the comments below!