“You are the future of our people, Moana. They are not out there; they are right here. It’s time to be who they need you to be.”

2016 was the first time since 2002 that Disney animation released two features in one year. I distinctly remember watching Zootopia and thinking, “Wow, there’s no way they’ll top this.” Strictly speaking, that was true, as Moana was very different but not better than Zootopia. However, I do think Disney legends John Musker and Ron Clements (directors of The Great Mouse Detective, The Little Mermaid, Aladdin, Hercules, Treasure Planet and The Princess and the Frog) managed to equal Howard and Moore’s animal buddy cop story. In fact, I think the two make excellent companion pieces; Zootopia is about bias and how we can all work together to make the world better for everyone, and Moana is a personal journey about heritage, tradition and cultural identity.

Moana opens with a narration about Te Fiti, the mother island goddess with the ability to create all life. Dwayne Johnson’s Maui steals her heart, rendering her powerless and unleashing a great evil on the world. In the present day, the narrator is revealed to be Moana’s grandmother and mother of the chief, Tala. As Moana grows, she is irresistibly drawn to the ocean, much to her father’s ire. Despite the dangers of the water and various sea monsters, grandma urges Moana to follow her inner voice, wherever it may lead. Tala shows Moana a cave full of boats, and once inside Moana bangs a huge drum, prompting her to have a vision of the past islanders as voyagers. With the knowledge that death is spreading over the islands, including her home, Moana takes a boat and the Heart of Te Fiti from her dying grandmother and sets sail in search of Maui.

Nearly every aspect of Moana’s production is stellar. The songs by Lin-Manuel Miranda are amazing; this is one of few musicals without any songs that I skip when listening to the soundtrack. My favorites are ensemble pieces “Where You Are” and “We Know the Way.” In the former, Moana’s family and tribe emphasize that she needs to find happiness in the island and the people who inhabit it; the latter is sung over Moana’s vision of her forefathers sailing the seas. I naturally love songs with a lot of people singing together, but these are great because they’re beautiful, they advance the plot, and they tie into the film’s theme. “How Far I’ll Go” is a terrific “I want” song for the eponymous heroine, and each reprise gets better and better. “You’re Welcome” is fun, catchy, and features beautiful animation set to its upbeat tune. If you tell me you weren’t singing this leaving the theater, you’re either lying or you didn’t see the film. “Shiny,” sung by the villainous Tomato (Jermaine Clement), is a tribute to David Bowie, and while it is my least favorite song, it’s entertaining. The original score is provided by Mark Mancina and Opetaia Foa’i, and it’s absolutely spectacular and powerful in the right scenes.

The animation in Moana is incredible. The characters, textures and especially the ocean look great; the animators put a lot of effort into the ocean, as it is basically a character in the movie. Their dedication and creativity are tangible throughout the film. The character designs are lovely, original and unlike any of Disney’s other famous characters. I also love moments when the animation style totally changes, like the prologue story and when Maui sings “You’re Welcome.”

I can’t talk about this film without mentioning Auli’i Cravalho and what an incredible job she does as Moana. This girl’s voice is so beautiful, and she’s got impressive range and power to boot. Dwayne Johnson is hilarious, lovable and at times pitiful as Maui. I was surprised by the emotional backstory they give this character. I also really love his singing during “You’re Welcome” and the rapport he has with Cravalho’s lively princess. Temeura Morrison, AKA Django Fett in the Star Wars prequels, voices Moana’s father, Chief Tui, and he’s great here too, despite having a pretty standard character. Pop singer Nicole Sherzinger is sweet as mom Sina, and Rachel House shines as Moana’s grandmother Tala. Alan Tudyk hilariously provides the sound effects for Hei Hei the chicken.

Moana has a lot in common with Pocahontas in theory; an aboriginal chieftain’s daughter wants more than her father has planned for her, wears a special necklace, sails on a canoe, is spiritually guided by her grandmother, and the list goes on. However, in execution, Moana is a far better movie. In terms of character and theme, it reminds me more of Mulan, another film propelled by its flawed heroine’s journey. Like Mulan, Moana must gain self-confidence to save her people, and she starts out trying to play by the rules. Moana’s discovery that her ancestors were wayfinders like she wishes to be is really interesting to me; for one thing, she leads her people back to their roots rather than defying tradition. Moana also overcomes the film’s big conflict with ingenuity and, ultimately, empathy.

When I first saw Moana, I thought it was pretty good, but this is one of those movies I enjoy more every time I see it. I don’t know much about the Pacific Islands or their culture, but I also don’t know much about Native American religion and culture; nonetheless, it’s obvious that Pocahontas stereotypes the people it’s representing, presenting them as magical people who talk to trees, and makes a sad story into a (somewhat) happy, silly fairy tale. Moana is smart in making up a story instead of fictionalizing a real historical figure, and the way they portray the islanders feels less insulting.

The friendship between Moana and Maui is another triumph. Their banter is funny, and it’s genuinely sweet to see them become friends. The actors and the animation make their connection feel totally genuine. If I have one nitpick with the characters, it’s chief Tui. I like him, and Morrison is amazing in the role, but his treatment of Moana with regards to the ocean is unlikable. I think this could have been remedied by having him flashback to his friend being killed, rather than Sina telling Moana about it. As is, it feels weirdly shoved in to justify his attitude and doesn’t really fit with the character as we know him. Other Disney dads, like Triton and Fa Zhou, were equally overprotective and domineering, but they came off as more likable, at least to me.

Another small gripe I have is the pacing, mainly toward the film’s early middle. The scene with the Kakamora stealing Te Fiti’s Heart, in particular, comes to mind; it’s just unnecessary. Not only does it not contribute to the main story, it actively halts it, like the trolls’ scenes in Frozen. However, the film is otherwise excellent and in my opinion one of the best Disney animated movies of late.

Altogether, Moana is a fantastic movie. The characters are well thought out and developed, especially Moana and Maui. Chief Tui could be a little more nuanced, especially since Disney leans on the overprotective dad trope so often, and the battle with the Kakamora feels like a distraction to pad the film’s runtime. But aside from those two things, Moana is a perfect movie. Zootopia is an examination of society and what a difference one person can make, while Moana is an introspective exploration of the self and how your background shapes who you are. I would recommend Moana to anyone who likes musicals, good animation or just movies in general.

Altogether, Moana is a fantastic movie. The characters are well thought out and developed, especially Moana and Maui. Chief Tui could be a little more nuanced, especially since Disney leans on the overprotective dad trope so often, and the battle with the Kakamora feels like a distraction to pad the film’s runtime. But aside from those two things, Moana is a perfect movie. 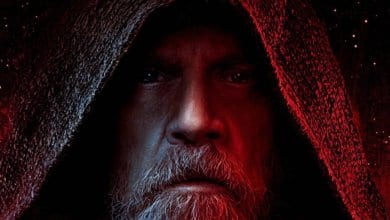 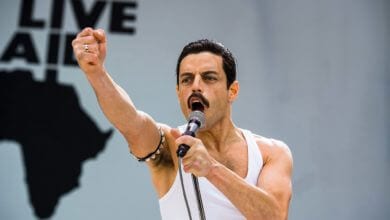 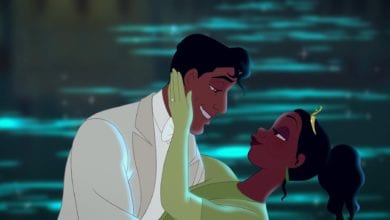 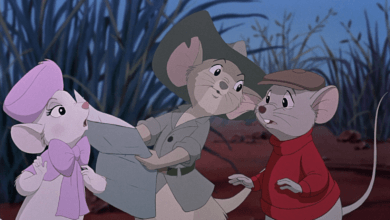