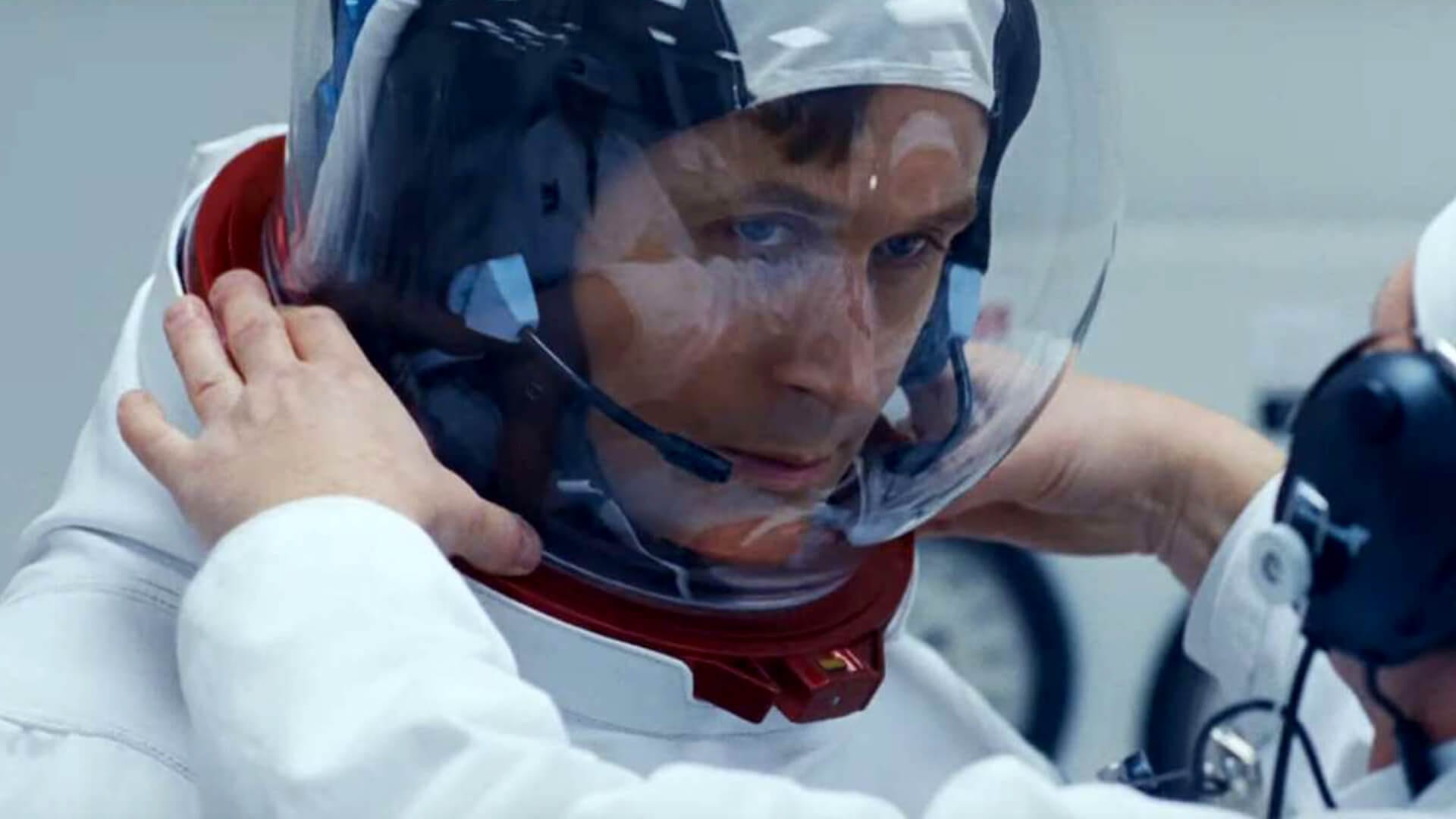 In yet another reminder that everything that comes out of Hollywood has to be political (well, most things, at least), the new First Man trailer was released a few days ago, and in its wake is a controversy. First Man is the story of astronaut Neil Armstrong and his road to becoming the first man to walk on the moon. Directed by Damien Chazelle of La La Land and Whiplash fame, First Man stars Ryan Gosling as Armstrong, with Claire Foy as his wife Janet, Corey Stoll as Buzz Aldrin, Lucas Haas as Mike Collins, and a supporting cast including Ciarán Hinds, Kyle Chandler, Jason Clarke and Shea Whigham. Having already opened the Venice Film Festival (which seems to grow in prestige with each passing year), First Man will hit theaters on October 12. Check out the First Man trailer below…

Now, for the controversy: First Man apparently omits Armstrong’s planting the American flag on the moon, a seminal moment in American history. When asked about it, Gosling gave an explanation that suggested the film would downplay America’s involvement in the moon landing – and Neil Armstrong’s patriotism, something to which Armstrong friend Chuck Yeager responded. Since then, others, including Neil Armstrong’s sons, have tried to clarify and refute claims of anti-Americanism, even suggesting there are shots of the Flag. As for what to make of all this, well, it’s hard to say, as I haven’t seen the movie. (If anyone wants to set up an all-expenses-paid trip for me to Venice next year to offset this kind of thing, be my guest.) It’s pretty easy to imagine current Hollywood taking an important piece of American culture and sapping all the patriotism out of it; it’s also entirely possible Gosling simply worded his response poorly. So, as fence-straddling as this sounds, I think it’s unwise to take a stand until we’ve seen the end result for ourselves; however, I will say that it seems odd to make a movie about the long, arduous journey to the moon landing only to excise what would have been the perfect visual representation of its completion.

As for the First Man trailer, well, it looks to me like it could go either way. The story of the Apollo 11 flight is certainly worthy of a film, and I like the parts of the trailer that talk about the difficulties in organizing the mission; in particular, I’m interested in seeing the arguments against space exploration explored, as these are things people still talk about today. The clips of Janet Armstrong make me roll my eyes, though; yet again, the hero’s wife does nothing but naysay, insult and impede him. Maybe she was really like that, but if it’s a dramatization, it’s tired and doesn’t bode well for the non-NASA parts of the movie. (For that matter, it seems to even infect the NASA scenes.) Why focus so much on Armstrong’s family life if you’re just going to subject the audience to the nagging wife cliché? I am heartened by the knowledge that First Man was written by Josh Singer, who also wrote the amazing Spotlight (which thoroughly deserved its Best Picture Oscar, and should’ve won Best Editing too). Until we’re able to check it out for ourselves, let’s just hope it’s another great entry in the repertoires of all involved.

What did you think of the First Man trailer? Do you lean either way in the controversy? In Soviet Russia, does flag plant you? Let us know in the comments and stick around Geeks + Gamers for more on upcoming movies, video games and beyond!