Home  /  Entertainment  /  Movies  /  Quentin Tarantino, Marvel, and the Death of the Movie Star

Quentin Tarantino, Marvel, and the Death of the Movie Star 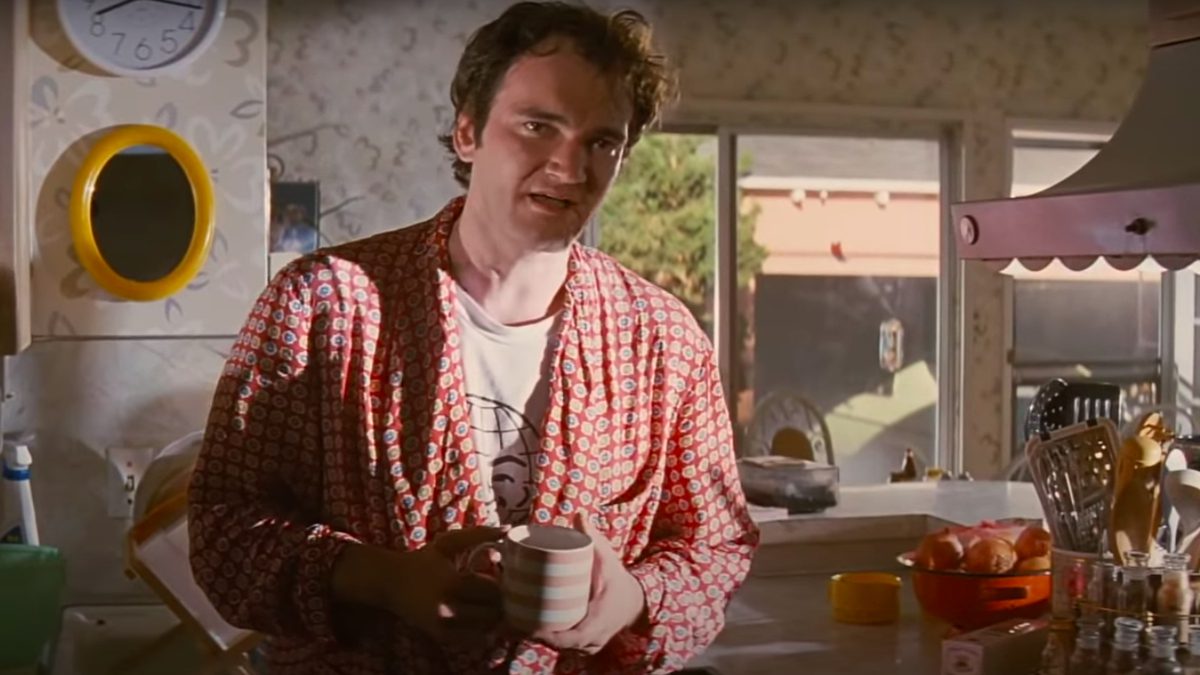 Nobody’s favorite Marvel star from that movie you probably forget about until it comes up tangentially is being a crybully again. Earlier this week, Quentin Tarantino did an interview with the podcast 2 Bears, 1 Cave to promote his upcoming book Cinema Speculation (which is a must-read, as far as I’m concerned). The concept of movie stars and the dearth of them in modern Hollywood came up, and Tarantino pointed to Marvel as one of the reasons why:

“That is – and I’m not even putting them down, to tell you the truth – but that is… the legacy of the Marvelization of Hollywood movies… Part of the Marvelization of Hollywood is, you have all these actors who have become famous playing these characters, but they’re not movie stars. Captain America is the star; Thor is the star. I’m not the first person to say that; I think it’s been said a zillion times. But it’s these franchise characters that become the star.”

When the host talks about how he thinks all Marvel movies are the same, Tarantino says this:

“I don’t love them. I don’t hate them, but I don’t love them. I used to collect Marvel comics like crazy when I was a kid, and so, there’s an aspect of… if these movies were coming out when I was in my 20s, I would totally be fucking happy and totally love them! I mean, they wouldn’t be the only movies being made. They would be those movies amongst other movies … I’m not here to rag on those, you know? My only axe to grind against them is that they’re the only things that seem to be made, and they’re the only things that seem to generate any kind of excitement amongst the fanbase, or even for the studio making them… They are the entire representation of this era of movies right now…”

I think everything he said is perfectly fair, although I love the movies (until relatively recently, and I even liked and loved a couple of them). When people get mad at him and Martin Scorsese for their dislike of or disinterest in the MCU, they should remember that Tarantino is almost 60 and Scorsese is 80; they’re not exactly the target demographic. And I think Tarantino is voicing the frustration of a lot of people in Hollywood – though not himself because he can do whatever he wants – that being in a superhero movie, preferably a Marvel one, is considered the big leagues. Everyone is angling for it, from up-and-comers looking to break through to legends like, to use an upcoming film as an example, Michael Douglas, Michelle Pfeiffer, and Bill Murray. You can be pedantic and point out that plenty of other kinds of movies get made, but as Tarantino put it, this is what gets people excited and, in turn, what gets studios excited. How many times has a Marvelesque shared universe been tried, even if it isn’t appropriate, only to crash and burn? Part of the reason the DCEU collapsed on itself was that it was in a rush to catch up to Marvel by both copying them and skipping a few steps along the way.

As for the movie stars comment, it depends on how you look at it. I was all set to use Robert Downey Jr. as a counterargument, but John Nolte makes an interesting point: Downey doesn’t sell tickets unless he’s playing Tony Stark or Sherlock Holmes. And how did Chris Evans’ star power help Lightyear? However, I don’t think it’s quite as simple as that. I think, at least for Iron Man, the reason he became a star is that he was embodied by Robert Downey Jr., who crafted such a unique, likable, entertaining character (beyond Stark’s origins; read some Iron Man comics, and you’ll see how Downey really brought him to life). For most of the others, I think it’s probably true; I like Evans a lot as Captain America, but there are other actors I could see playing the role just as well. And as the new, boring incarnation makes perfectly clear, Mark Ruffalo did not make the Hulk. Chris Hemsworth’s Thor and Chris Pratt’s Star-Lord are the only non-Downey exceptions I’d consider, but as terrific as they are (and I’ll beat this drum till it happens: Chris Hemsworth has it in him to be a real star), I don’t know if they’re the only ones who could’ve done it, and not to the extent Downey was with Stark. But this is a good conversation to have, and it doesn’t mean I need to like the movies, the actors, or the characters any less – or Quentin Tarantino and Martin Scorsese (and good luck with that one, because they’re royalty as far as I’m concerned).

But someone did take great offense, probably worse than any Marvel fan you’ll find on social media: Simu Liu. The obnoxious star of Shang-Chi and the Legend of the Ten Rings who once trolled internet critics like Gary from Nerdrotic for correctly pointing out that his lousy movie underperformed (which The Wall Street Journal finally confirmed once the film we were assured was super-popular had faded from the public conscious) is mad that someone criticized Marvel, despite his movie not even being mentioned – you know, like in every other conversation on Earth. Here’s what Liu tweeted:

No movie studio is or ever will be perfect. But I'm proud to work with one that has made sustained efforts to improve diversity onscreen by creating heroes that empower and inspire people of all communities everywhere.

I loved the "Golden Age" too.. but it was white as hell.

They “don’t get” to dislike Marvel? Who the hell does this miserable little creep think he is? This is an insight into the mentality of the woke; they’re fascists who believe they can dictate what others are allowed to say and even think. Believe it or not, Quentin Tarantino, Martin Scorsese, and ever-goddamn-body are allowed to dislike Marvel movies or anything else they please. Was there ever a conversation into which Liu did not inject his race? He’s not even using it as a shield, since no one mentioned him or Shang-Chi; he’s using it for sympathy, to make a trending topic all about him. Notice that he doesn’t argue the merits of his film (which would be hard to do because it sucks); he doesn’t even defend Marvel or Disney in any artistic way. He just cries “diversity” and calls everyone a racist if they don’t gush over it. The notion that either of these guys is a “gatekeeper” is laughable, too; they’re both brilliant filmmakers, but their movies are not blockbusters. Martin Scorsese didn’t try to stop Simu Liu from playing Shang-Chi. This guy is the biggest whiner since Ray Fisher demanded half of Warner Bros. be fired because Joss Whedon was mean to him.

Liu’s pissing and moaning session also ties into the conversation about what makes a movie star. I said that Chris Evans, despite being well-liked as Captain America, didn’t open Lightyear. Part of that may be because he’s not a movie star so much as he played a character everyone loves, as Tarantino said. But part of it is also the way he behaved in real life while promoting the film. Disney made the foolish decision to center the publicity for Lightyear on a gay kiss rather than the story, the characters, the sci-fi concepts, or the adventure, and Evans played into that in the worst way by longing for those who didn’t want to see his spaceman cartoon to “die out like dinosaurs.” Simu Liu thinks anyone who dislikes his or any other Marvel movie is a racist who wants to eliminate Asians from American cinema. Mark Ruffalo eats, sleeps, scolds people about fracking, and every so often plays the Hulk. Half of Hollywood had a temper tantrum when Elon Musk bought Twitter and decided people who disagree with them could exist. Do you think maybe the death of the movie star has something to do with people increasingly being unable to separate the art from the artist because the artist can’t shut the hell up for five seconds? I’m a big believer in that concept, but after a while, it’s hard not to see the asshole who keeps making Twitter tirades when you’re trying to lose yourself in a movie. Marvel didn’t kill the movie star; the movie star did.

And it probably goes without saying, but I’m much more looking forward to Tarantino’s book than I am Shang-Chi and the Dragons of Destiny or whatever they call the next one.