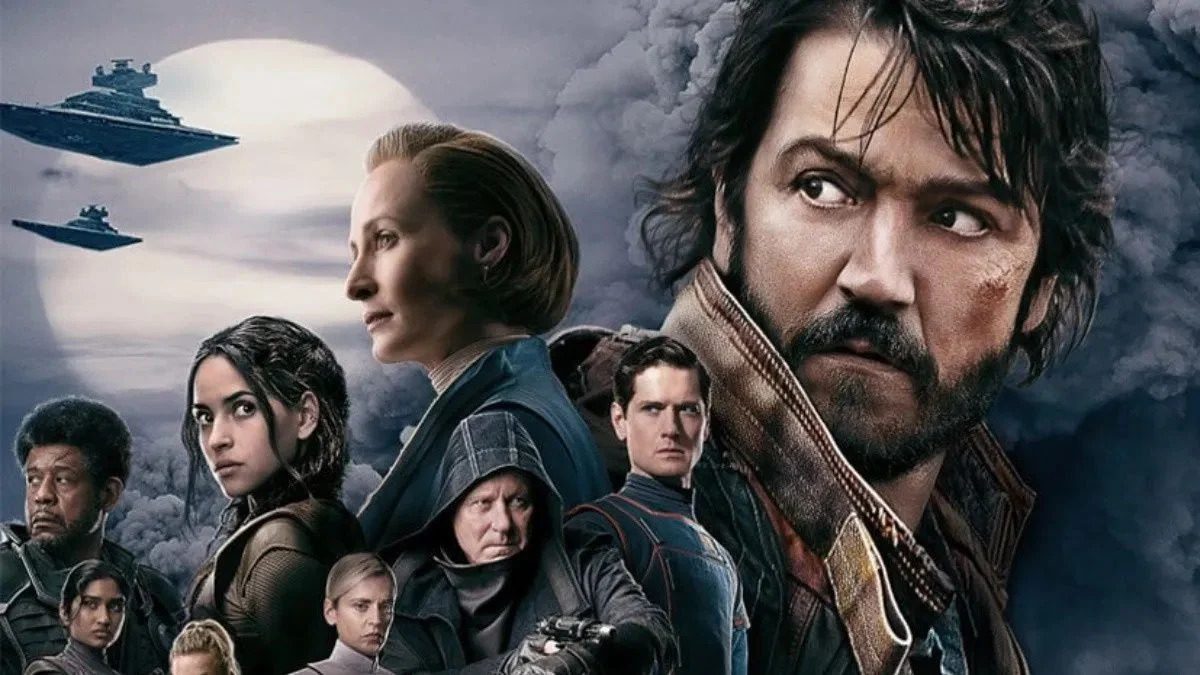 Andor is a character and a show for which I’ve really been trying to temper my expectations. I didn’t like Rogue One or care much for its characters. The Book of Boba Fett and Obi-Wan Kenobi were sizable disappointments. I’ve quickly gone from “Star Wars TV is good, at least” to “Well, Star Wars animation (minus Resistance) and The Mandalorian are good, at least.” I really shouldn’t have any hopes for this show beyond being something to do for 45-ish minutes a week. But the Star Wars fan in me has hope for every one of these things, for some reason. I want Star Wars to be great, and I know it can be. And the trailers have been great! Lucasfilm and Disney+ have been trying their darndest to sell this show with a promising cast, impressive visuals, and a hint of political intrigue. I mean actual in-story politics, mind you; I’m interested in the turmoil within the Galactic Senate, not a TV show set in a faraway galaxy desperately trying to say something about our political systems. Art can and should say something about real life, but it should do so subtly and leave some room for nuance. I hate to jump the gun and say it, but if Andor actually delivers what its ads have been teasing, this could be something special. Andor could end up delivering the political commentary the sequels clumsily fumbled with. Grab your blasters, and let’s get in on the action!

Andor finds its title character searching for his sister in a brothel. This leads to a brawl with local officers, and Cassian ultimately kills them. At home on Ferrix, he tries to sell an Imperial ship part he’s been holding so he can afford to go into hiding. Meanwhile, a rogue officer launches an unauthorized investigation into the two men’s murders.

So far, the acting in Andor is unsurprisingly pretty good. I’ve always liked Diego Luna, and even though I didn’t care for his character in Rogue One, it wasn’t because of his acting. Adria Arjona is intriguing as Bix Caleen, a character I hope we see more of as the show goes on. I especially like Kyle Soller as Syril, an Imperial officer bent on investigating the officers’ deaths against the orders of his superiors. This guy is apparently a significant villain this season, but I really like him so far. His boss wants to cover up the murder of his own people to preserve a low crime rate. Syril chafes at the suggestion, orchestrating a secret search for the killer. I can’t wait to see what they do with this character. I imagine he’ll come up against Cassian once he figures out he’s the killer, and honestly, I’m on Syril’s side. My understanding is that Andor is supposed to be a darker, morally grey examination of Star Wars. So far, it’s succeeding at that.

Cassian is far from a hero so far; this is every bit the guy who opened Rogue One by killing his informant. The way he takes down the second officer in the scuffle is beyond wrong. Regardless of his motives and the tragic backstory that unfolds throughout the episode, this man is a murderer. And rather than simply giving Syril extenuating circumstances or his own sad past, they make us like him by showing that he values the lives of the people working in the Empire. The higher-ups may be willing to ignore a murder for convenience, but he cares about the truth and the men who were killed. Based on the little we see in “Episode 1,” Syril is more principled and caring than the protagonist! I am surprised by how many characters we didn’t see yet. Mon Mothma, Cassian’s adoptive mother Maarva (Fiona Shaw), Luthen Rael (Stellan Skarsgård), and more don’t appear. Obviously, they will come in later episodes, possibly episodes 2 and 3, which are out now. I’m watching these one at a time for the reviews, so we’ll see soon. 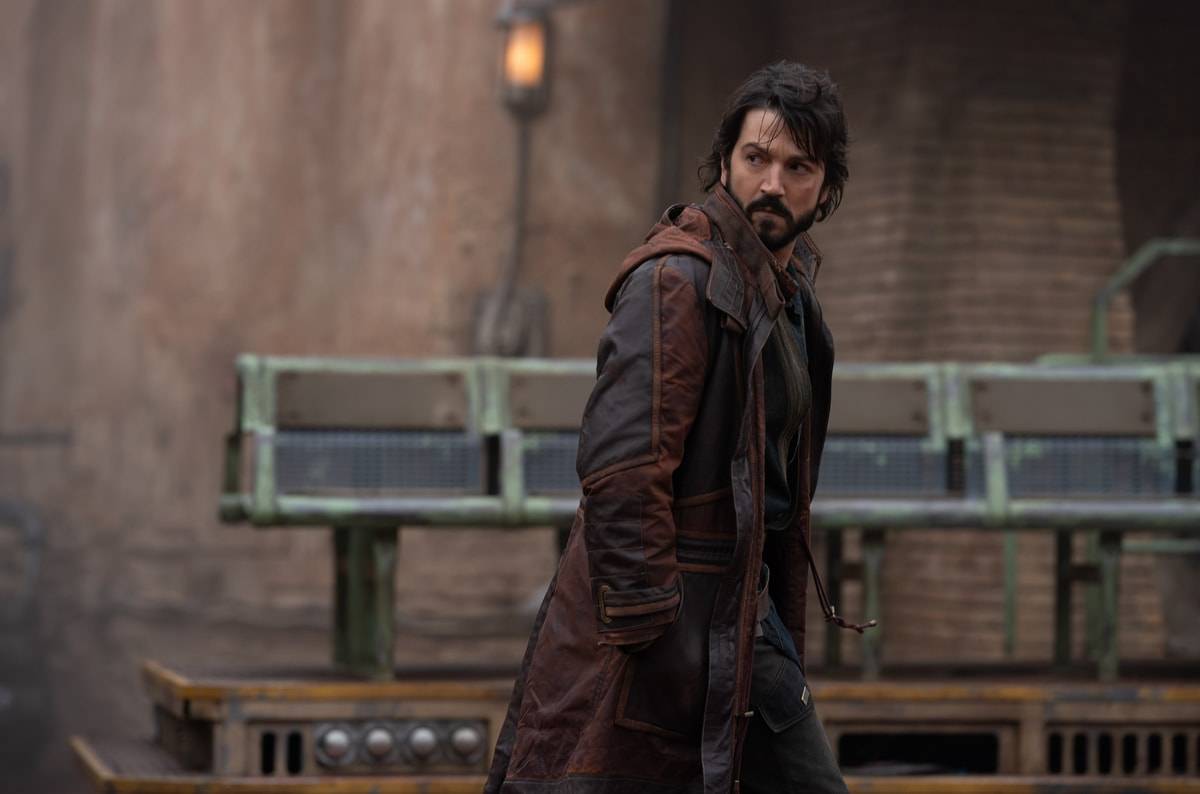 I also enjoyed how “Episode 1” explores the darker side of the galaxy. I was surprised to see a whorehouse, alcohol, and several deaths in this show. They are trying a different tone here; even if it doesn’t work out, I have to appreciate the effort. It works well so far, to be clear, but we have 23 more episodes to go. I do wish action sequences didn’t have to be shot in such darkness; it was hard to see what was happening on my TV at several points. This is a recurring issue with live-action Star Wars TV shows. Andor clearly invested a lot into its costumes, props, and sets; it would be nice to see them to appreciate them better.

I don’t think “Episode 1” is perfect. Aside from the perpetual lighting issue with these shows, I still don’t like Cassian Andor as a character. I would say this was an intentional choice so he can become an awesome hero in Rogue One, but I didn’t care about him or any of the others there, either. I almost wonder if Lucasfilm is crafting the anti-hero that Boba Fett should have been. It’s hard to root for a man who kills his defenseless targets in cold blood. I honestly don’t think they have it in them to do it, though. 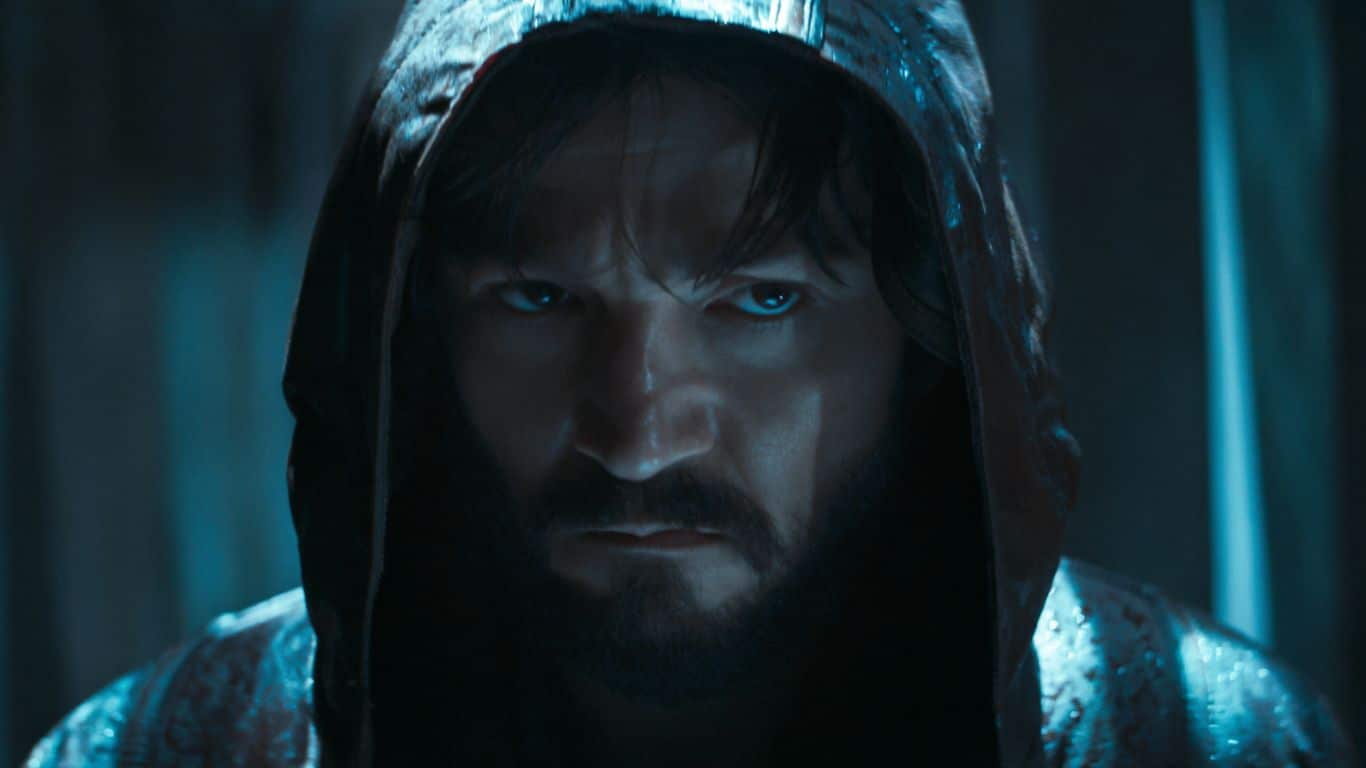 I don’t want to get too excited, but “Episode 1” is a promising start to a new Star Wars series. As a nitpick, I wish the episodes had proper titles. I get why they did “Part 1”-“Part 6” in Kenobi, even if I didn’t like the series, but it’s not needed here. Regardless, the acting and production value are miles better than Boba Fett or Kenobi. At the very least, I’m intrigued enough to want to know more about these characters. Cassian already holds the Empire in disdain, but it will be interesting to see how this turns into a noble ideal; right now, it’s very self-interested.

I don't want to get too excited, but "Episode 1" is a promising start to a new Star Wars series. At the very least, I'm intrigued enough to want to know more about these characters.

Within the first 5 or 10 minutes, I was in. A questionable shooting right at the introduction. Still, how does the empire treat entire planets begging for their lives? With the Death Star. Anyway, I watch little entertainment and will continue with this show.

Glad you also enjoyed it!