The new season of Cobra Kai arrived quickly this time – just nine months instead of a year. And just as last season was a great way to ring in the New Year, season 5 ushered in fall (almost) with another terrific season of action, laughs, and heart. The buildup is a little slower than normal, but once it kicks into gear, Cobra Kai season 5 rockets forward with no holds barred.

While Johnny and Robby head to Mexico to find Miguel, Daniel and Chozen prepare to take on Terry Silver and save the Valley’s kids from Cobra Kai. But Silver has plans of his own, ruling the Valley only a stepping stone to his grand ambition. Meanwhile, the kids are all lost, torn between the warring adults and dojos.

As Cobra Kai season 5 begins, the focus is mainly on Daniel and the mounting pressure he faces to stop Terry Silver from warping the youth he’s worked so hard to train. The two make for great adversaries, as Silver is the man who once corrupted Daniel, almost turning him into one of Silver’s Cobra Kai bullies; it’s a similar dynamic to Johnny and John Kreese, making Silver a personal nemesis for Daniel. As such, Silver is able to get under Daniel’s skin like no one else, not even Johnny, knowing just how and when to manipulate Daniel into hurting himself. Last year, Silver slowly emerged as the master villain who eclipsed even Kreese; this season, he’s a full-on monster from the start, priming Cobra Kai to sweep the world while preparing to destroy Daniel for defying him.

Daniel’s destruction takes several forms, but what’s shocking about Cobra Kai season 5 is how complete it is. Silver goes for the gold with Daniel through his social standing, his family, and, finally, his body. Never has Daniel LaRusso been as low as he’s brought in this season, including in all of the Karate Kid movies. It’s tough to watch because Daniel is such a decent, likable guy, and his intentions – while initially a bit selfish – are the noblest of anyone’s (something Ralph Macchio plays just right, keeping Daniel honorable while never making him corny). It’s certainly reminiscent of what Silver did to him in The Karate Kid Part III, but it feels worse because of his different circumstances. As an adult with a family and a successful business, Daniel has so much to lose now, and it hurts to see him fall. 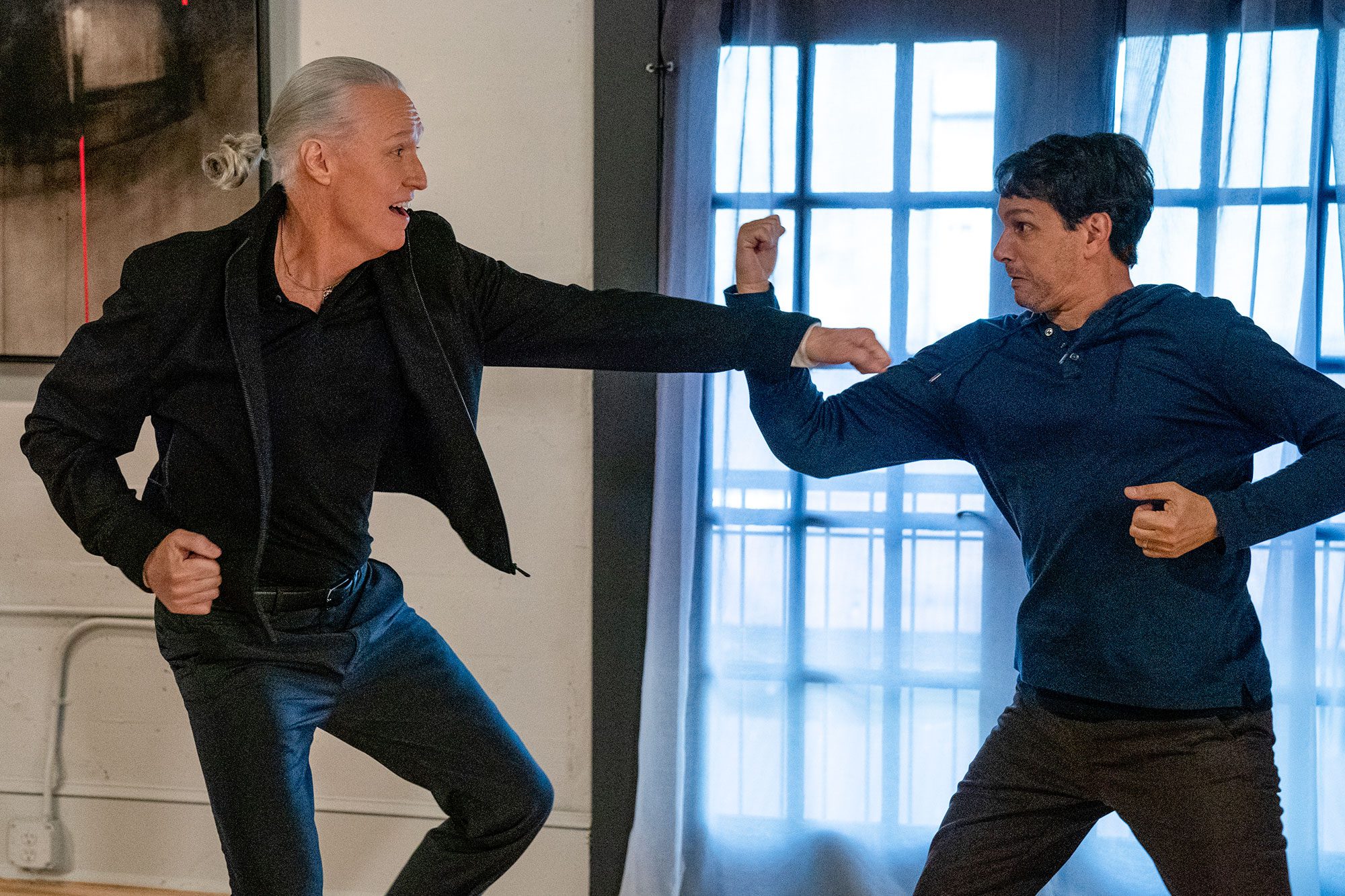 But it’s fun to watch him rise again, and the rest of the cast is stellar as they help Daniel survive and take on Terry Silver. Especially good is Chozen, Daniel’s nemesis from The Karate Kid Part II. One of the wonderful themes of Cobra Kai is how people can change, and redemption is always possible. To that end, Daniel teams up with most of the old villains from the movies, with Johnny Lawrence being the most notable. Chozen is perhaps an even greater transformation; this guy straight-up tried to murder Daniel in the film, but here, he’s one of his most loyal companions. There are plenty of laughs as a lethal assassin tries to make his way in a more civilized world and some cool fights with Chozen demonstrating the skills that almost killed Daniel long ago. But he’s also human, with some surprising layers that make him as relatable as Daniel and Johnny. There are some other familiar faces as well, but I don’t want to spoil them (although you can probably make a couple of educated guesses).

The series’ co-lead, Johnny Lawrence, feels a bit sidelined, especially early in the season. He’s not absent or anything, and he’s got some fun stuff to do, but this is Daniel’s season more than his. I like his storyline, though, transitioning from a selfish loner to a caring father. He’s essentially got two sons: his biological son, Robby, and his sort-of adopted son, Miguel. After their split to different dojos, Miguel and Robby are, to put it mildly, not on the best terms, and Johnny makes it his mission to get his boys together. This is handled exceptionally well, from Johnny’s perspective and from the boys’, and all three characters show tremendous growth while feeling like themselves. (There isn’t a lot of anti-woke stuff this year because the story is more focused, but the way Johnny ultimately handles Miguel and Robby is an ode to the masculinity of old.) And William Zabka once more walks a delicate tightrope with Johnny, developing him while keeping him fun and cool; his ill-informed choice of drink at a club in a later episode is priceless. 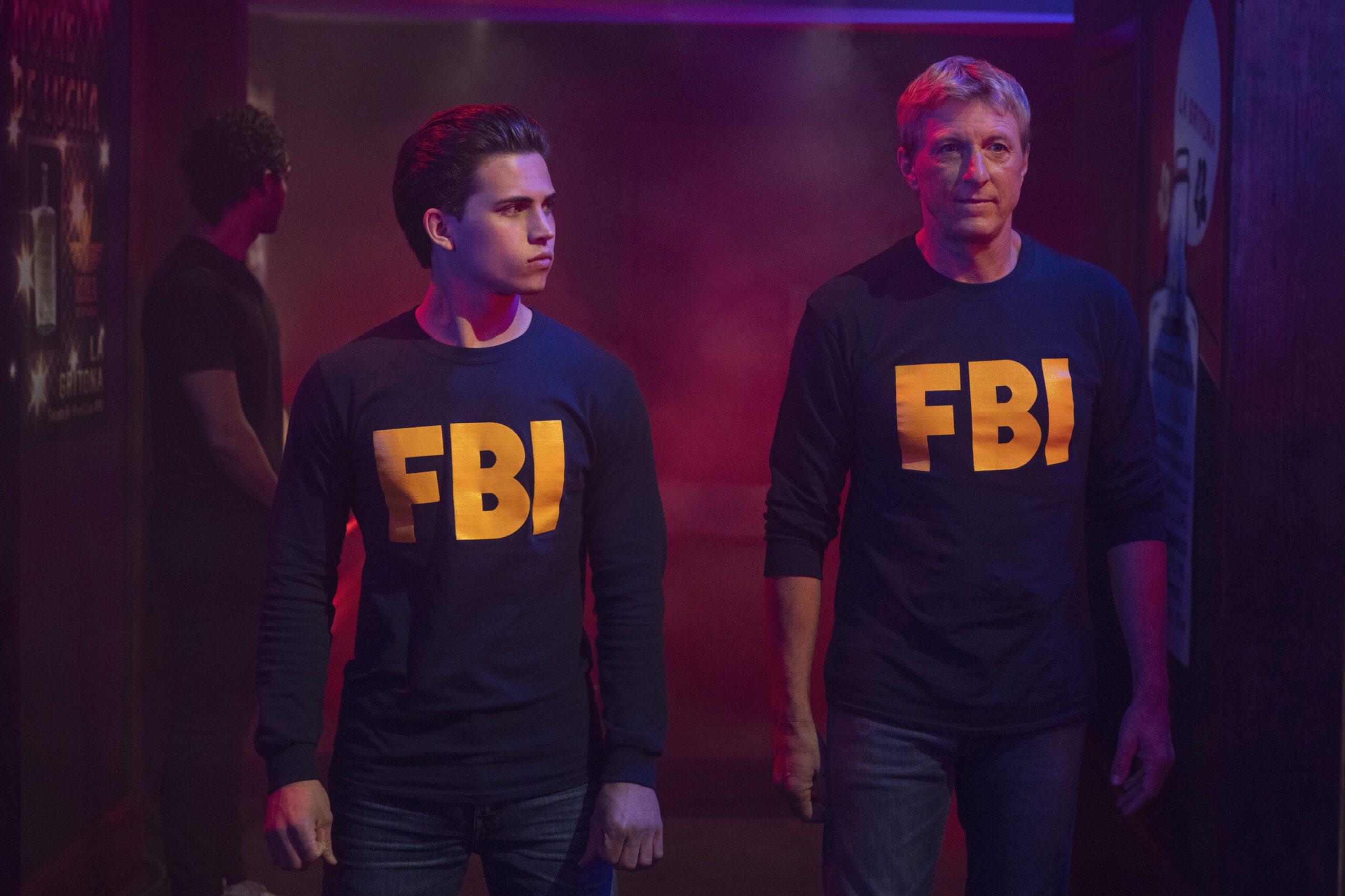 As far as the kids go, the highlight is easily Tory, once again not knowing who to trust, including herself. Last season left her with the knowledge that she only won the All-Valley tournament because Silver cheated on her behalf. Now, she’s got a choice: does she expose the fix and ruin her win and the dojo and sensei who support her to help people who hate her? Or does she accept an honor she didn’t earn and let a cheater prosper? Watching her struggle with her conscience is compelling, and Peyton List is human every step of the way. On the other hand, Sam is a bit selfish, taking a Rachel-style break from Miguel while focusing on herself but expecting Miguel to sit in the corner and wait for her. This is far from Sam’s best season. And Kenny is more lost than ever, feeling betrayed by Robby as Silver nurtures his burgeoning killer instinct, while Devon is pushed to her limits as she seeks to be better than those who beat her.

The plot is terrific, a well-constructed machine that moves at just the right pace, even if it doesn’t seem that way at first. So many themes and plot points come back around, with satisfying payoffs to things you didn’t even realize were setups. Redemption is a big theme, and the idea of it never being too late to change your life is not limited to karate and being a bully, with some surprising characters acting on long-buried feelings while others who’ve been grating nuisances since the show began finally coming around and understanding how much damage they’ve done. The writing on Cobra Kai is exceptionally good, weaving a well-told story that feels complete rather than just a leg of something larger – although, of course, there’s room for more seasons. 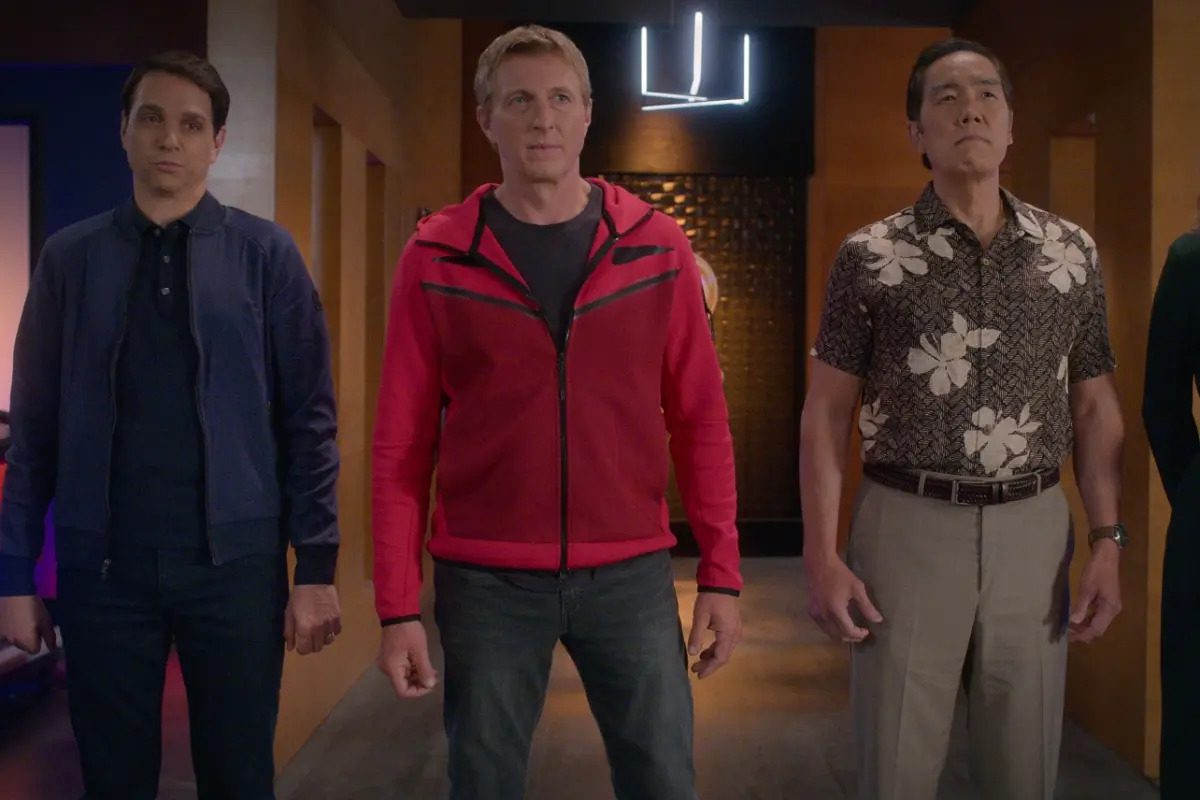 On a technical level, Cobra Kai is still one of the best shows around. The fights, while not as plentiful as years past, still hit hard, with Terry Silver proving to be a more formidable opponent than his age would suggest. Again, Chozen is one of the highlights in this area, and it’s fun to watch him mop the floor with some really bad guys. The training sequences are tough, especially the ones in Cobra Kai, with some new trainers turning the kids into lethal weapons. The good guys are a little lighter on the lessons, though there is one memorable one from Chozen. The sets are great, too, with the new, updated Cobra Kai looking like a karate dojo with lots of corporate money backing it would look. I like the change in color, too; it makes sense that Terry Silver would want to transform it in his own image. At every level, care was put into this show, and that’s why we all love it.

Cobra Kai season 5 is another fun, heartfelt, character-driven chapter in the continuing story of two lost kids who grew up to become the mentors they needed, but only one had. Johnny Lawrence is sidelined a bit, but Daniel’s storyline is compelling enough to offset it, Chozen comes alive in a bigger role, and Terry Silver is a fantastic villain.

Good review. Important to give credit where it’s due. This show is greatness in entertainment. It does not happen often. I like the moral lessons of Miyagi-Do. At the same time, I liked Terry Silver’s speech at the end about life being a contact sport of competition and basically, mocking the idealistic mentality, because that is true, too. Really liked the “Young Kreese” jail scene showing the young veteran that still lives inside the old man. Also, really liked the picture of the baby and how that gave Johnny the strength to fight on. It’s rare to get wholesome messages. This show is a very rare treat.

All the stuff with Kreese in jail was great. I love how this show layers characters that were fairly one-note villains in the movies, and shows how different perspectives are not always black and white.