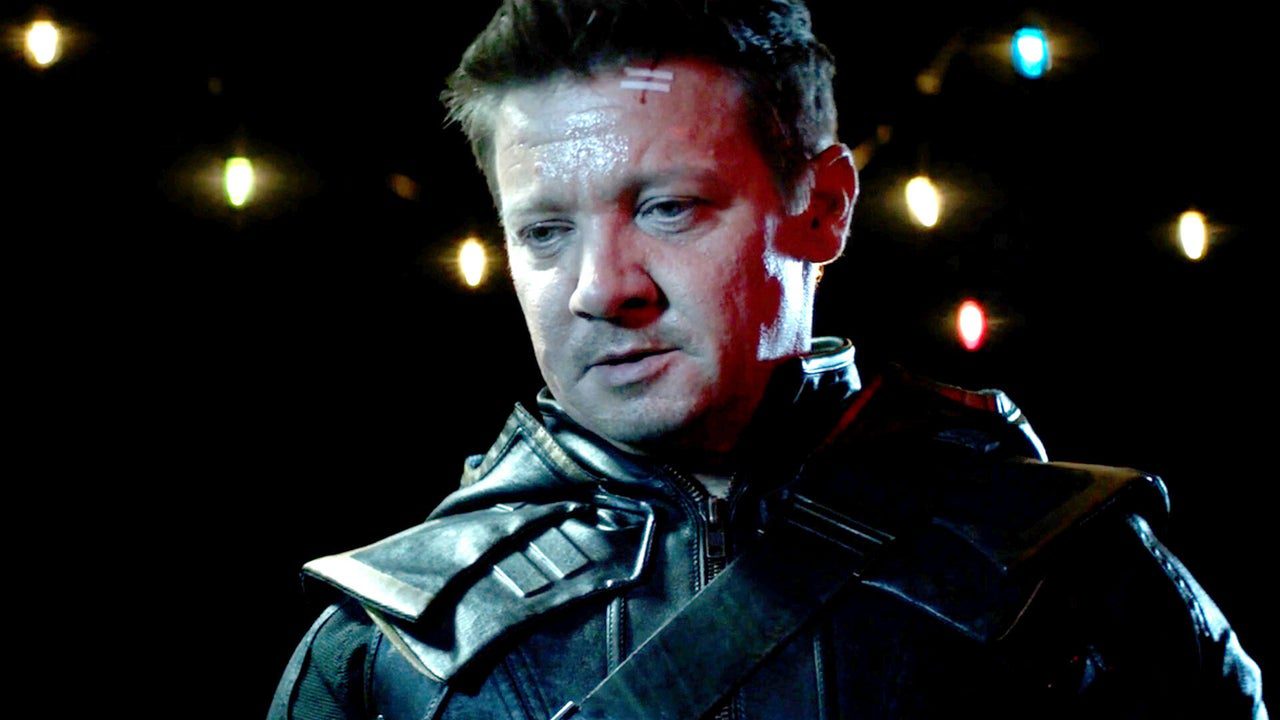 “Ronin,” the penultimate episode of Hawkeye, is maybe the worst yet. It’s little more than connective tissue, a series of dull scenes that move characters into place for the finale, but not in exciting or fun ways. There are plot developments that further diminish what should have been the series’ focus and a heaping helping of bad, out-of-place humor to kill any tension that may have been built. At least there’s no LARPing, though.

A spurned Kate seeks comfort from her mother. Clint regroups as he faces an inevitable confrontation. Yelena looks for help to find Clint. The Track Suit Mafia are as cool as they’ve ever been.

“Ronin” begins with a flashback to Yelena’s activities between Black Widow and Hawkeye. She and another Widow are tracking down their fellow assassins and deprogramming them with the aerosol antidote from the movie. When the date shows up on the screen as the scene begins, it’s pretty easy to figure out where this is going: Yelena was dusted in the Snap. This is becoming an easy way for Marvel to explain what someone’s been up to for the past few years (and why certain characters haven’t aged during the time jump). It works for Yelena – or it would have if this were a better show – because it takes a woman who’d made peace with her life and drops her into a world where she’s been gone for five years and the sister she’d just reconnected with is dead. The stage is set for her revenge.

But Hawkeye does to Elena what it’s been doing to Clint and undercuts that motivation. Yelena isn’t actually out for revenge; she’s been hired by someone. This is a reference to the post-credits scene of Black Widow, where that awful character Julia Louis-Dreyfus plays poorly tells her that Clint is to blame for Natasha’s death. This would have been a nice lead-up to that moment, working with it to create a compelling revenge story, but Yelena says she was hired to kill Clint. That’s overly complicated and completely unnecessary. Why give her another motivation? Having her out for vengeance in Natasha’s name would have been much more powerful and personal than her simply taking a job that gives her personal satisfaction.

The real reason is so they can use Yelena as a plot device to uncover the mastermind behind the evil schemes that have been weaving their way through Hawkeye. Apparently, I was right last week; Jack was a patsy, and Eleanor was the one who’s been controlling the Track Suit Mafia. Again, “Ronin” goes about this all wrong. Kate should have been the one to discover that her mother is a bad guy; that has meaning and is a natural development for one of the main characters. Yelena figuring it out is just an empty plot point. That she does it because Kate suggests she learn about her employer is even worse. Is Yelena so dumb that she didn’t bother to investigate who hired her? Or does she neglect to do so out of principle but change her mind because Kate told her it would be a good idea? Neither of these options does her character any favors.

Neither does her meeting with Kate, which has got to be one of the worst scenes the MCU has ever produced. This is a nadir for forced, inappropriate comedy, all of it coming from Yelena. She loses every drop of menace she ever had as she jokes about visiting New York, uses cutesy slang like it’s punctuation, dumps hot sauce on her pasta like a nine-year-old left on her own for the first time, and laughs about her hatred of Clint and loss of Natasha, all while poor Florence Pugh has to mug for the camera. Hailee Steinfeld does her best to save the scene by playing it straight, and as admirable as that is, the contrast makes it even more off-putting. The jokes aren’t funny, and it becomes boring, partly because it goes on seemingly forever. 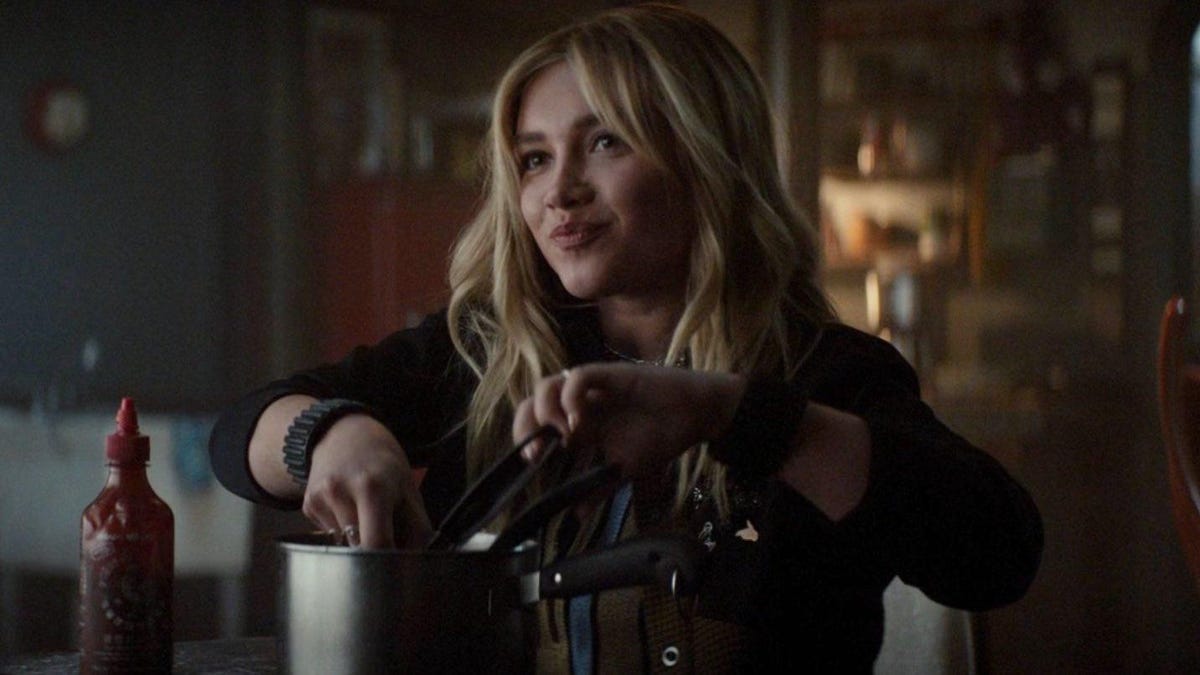 It’s not the first or only boring scene, though. Kate enters “Ronin” by crying on her mom’s shoulder because Clint sent her away. This leads to a conversation about how life doesn’t always go where you want it to go, but you can still be yourself – something Eleanor repeats a couple of times in slightly different ways because the show is kind of spinning its wheels at this point. These Disney+ Marvel programs have perfected being simultaneously too long and too short. Clint, meanwhile, is laying low and tending to both his wounds and that dog whose name I forget, while Maya reinforces her determination to kill Ronin as her second-in-command voices his objections to getting consumed with a costly revenge mission. It’s all very dull, which makes this even worse than, say, the second episode.

Things pick up a little when Clint suits up as Ronin and takes the fight to Maya. I keep saying that this should have been what the show was really about: Clint atoning for – and perhaps coming to terms with – his actions as Ronin while those he’s hurt seek revenge. Maya works as the antagonist to that story, and Yelena would have fit as an X-factor. Instead, Maya is merely a pawn of more powerful people, Clint only killed her father because the higher-ups wanted him dead, and Yelena is looking for Clint because she’s been hired to kill him. Much of the personal motivations have been extracted to make the plot more complex, but all that does is water down what could have been a good story. It’s pretty much a given that they’ll all team up to take on the real villains, doing absolutely nothing to resolve their own pain, traumas, and conflicts with each other besides realizing they were duped. That’s the easy way out of character arcs.

There were a few good things sprinkled throughout “Ronin.” As much as her character shouldn’t be here, Hailee Steinfeld is very good this week, and she felt like a real, hurting human being in all of her scenes. I buy her fear of Yelena much more than I buy Yelena as a scary person. There’s another phone call between Clint and Laura, and it’s just as good as the previous few, with the two once again coming off as mature adults in a healthy marriage rather than the typical over-emotional children that tend to populate these kinds of stories. (“You said you’d given up that life! You keep saving the world, but what about me!?”) Clint visiting the Avengers memorial was also touching, and Jeremy Renner expertly conveys Clint’s sorrow at losing his best friend and the melancholy he feels knowing he’s only alive because she’s dead. And even though, like Kate, his presence overcomplicates what should have been a simple plot, it’s hard not to get a charge out of seeing the Kingpin again. I imagine this will not be his last appearance, which makes the plotting even worse (why not just leave him for a post-credits scene?), but after believing we’d never see him again in his Vincent D’Onofrio form, it brings a smile by default. 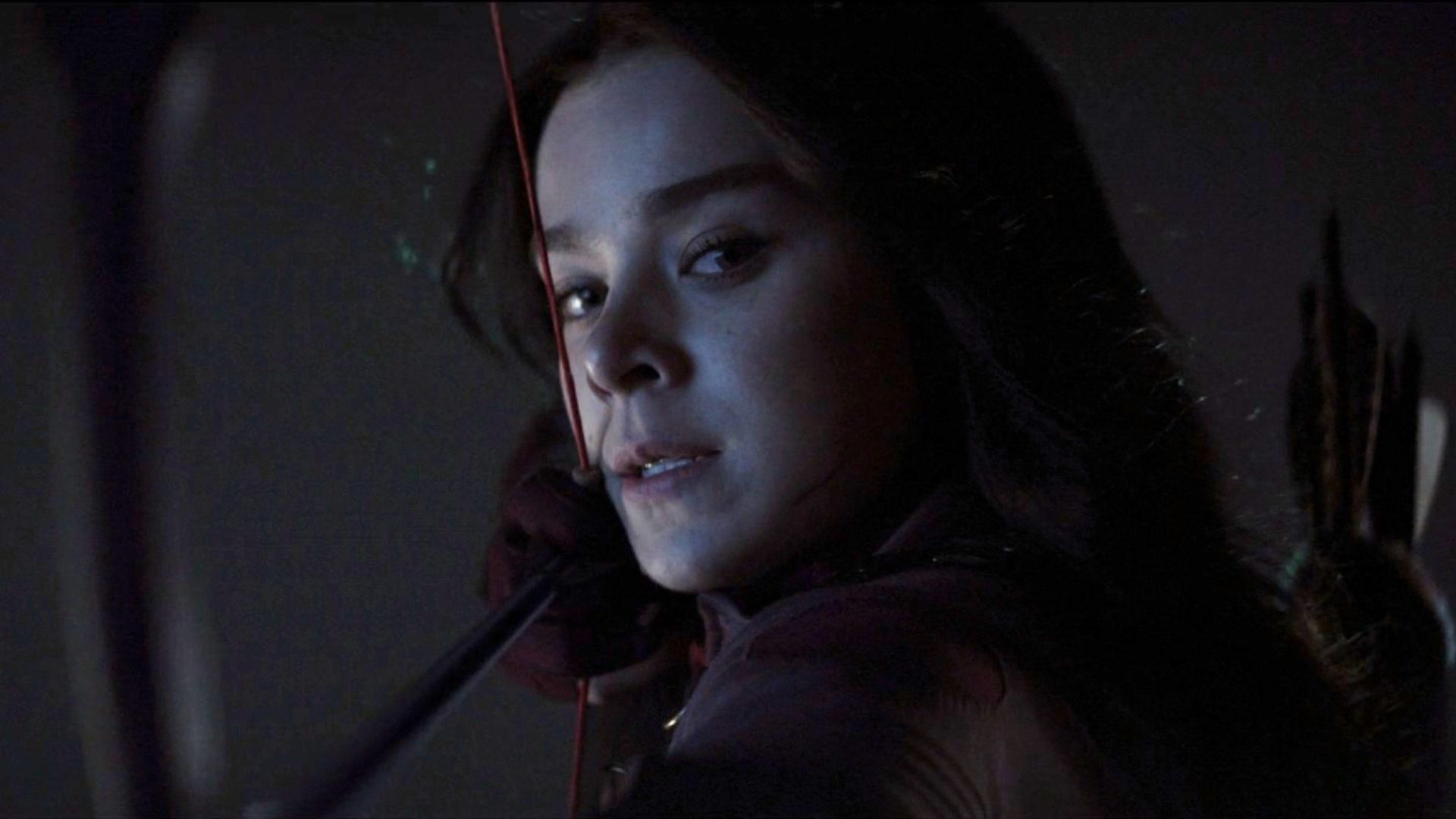 “Ronin” is a slow, boring episode present mostly to kill time and set up the Hawkeye finale. A few good moments and performances are offset by overcomplicated storytelling, awful humor, and talking scenes that run way too long while accomplishing little to nothing.

“Ronin” is a slow, boring episode present mostly to kill time and set up the Hawkeye finale. A few good moments and performances are offset by overcomplicated storytelling, awful humor, and talking scenes that run way too long while accomplishing little to nothing.