"I see a scheme, and in that scheme, I see myself." 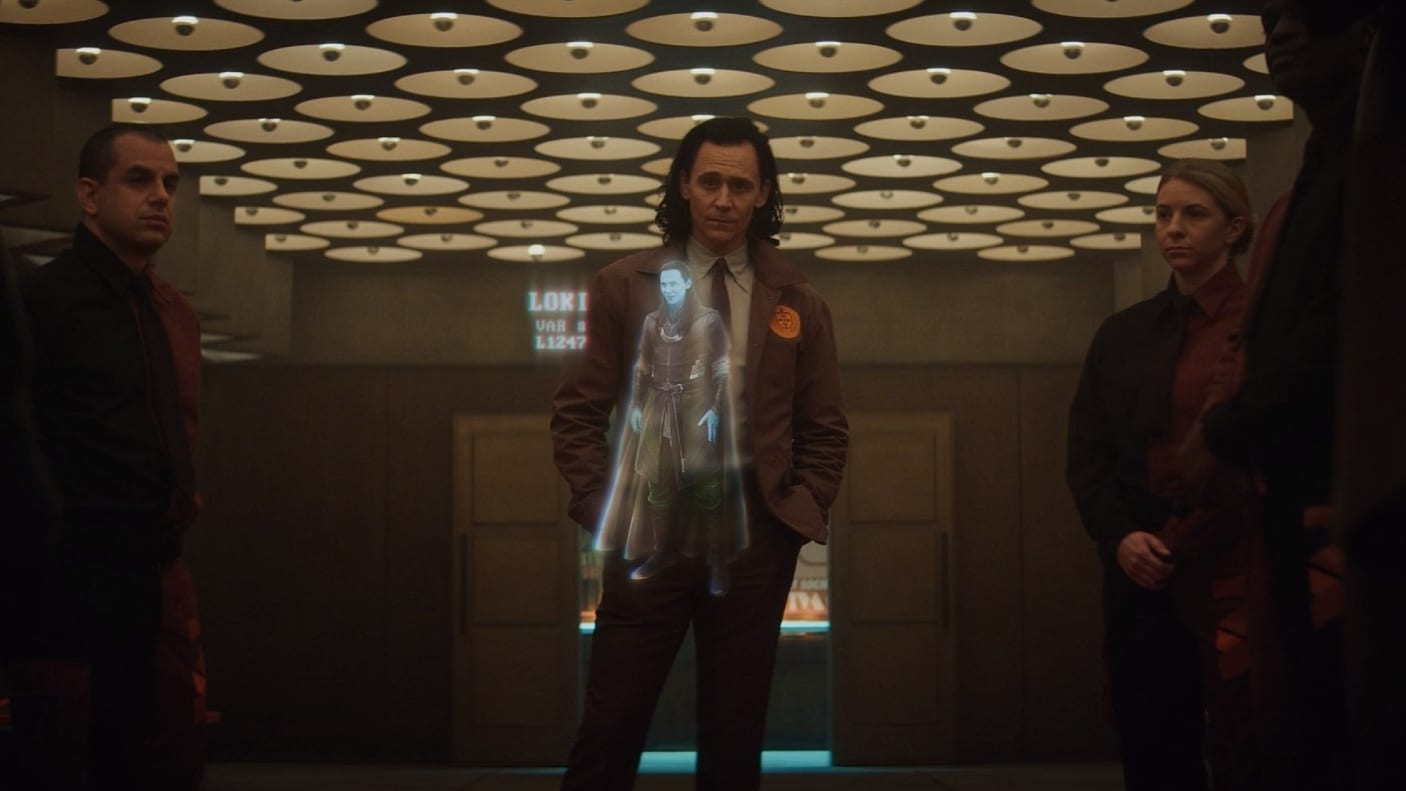 The tragedy of “The Variant” may be that a lot of potential viewers won’t check it out after sitting through the glacially-paced “Glorious Purpose.” That would be a shame because, in its second episode, Loki becomes considerably more interesting, hinting at a much smarter story lurking beneath its pat, morally questionable (at best) exterior, like a trickster god that lets just a bit of the demon shine through its angelic eyes. There are still some kinks to work out, but the show is getting good fast.

As the Time Variance Authority hunts down the murderous Variant, Loki dives into his role as TVA lapdog with gusto – perhaps a bit too much for those attempting to hold his leash. Mobius questions whether he should trust the most untrustworthy being that’s ever existed. The plot actually moves; honest, it does!

“The Variant” begins similarly to how “Glorious Purpose” ended, with a massacre of some TVA thugs by the Variant, as IMDb tells us to refer to the other Loki. The point of this scene is not only to give Loki and the TVA a place to start their hunt or to kick off the episode with an exciting moment but to show us what the Variant can do. It isn’t just illusions and knives; this time meddler can possess people without the aid of the Mind Gem (or so it seems). The Variant touches one of the cops, and suddenly, that cop is the Variant, killing her friends before being dragged off by her enchanter. This is smart; instead of just making a mirror of Loki, they’ve given the Variant a new skill set, something to which Loki will have to adapt to defeat his nemesis. 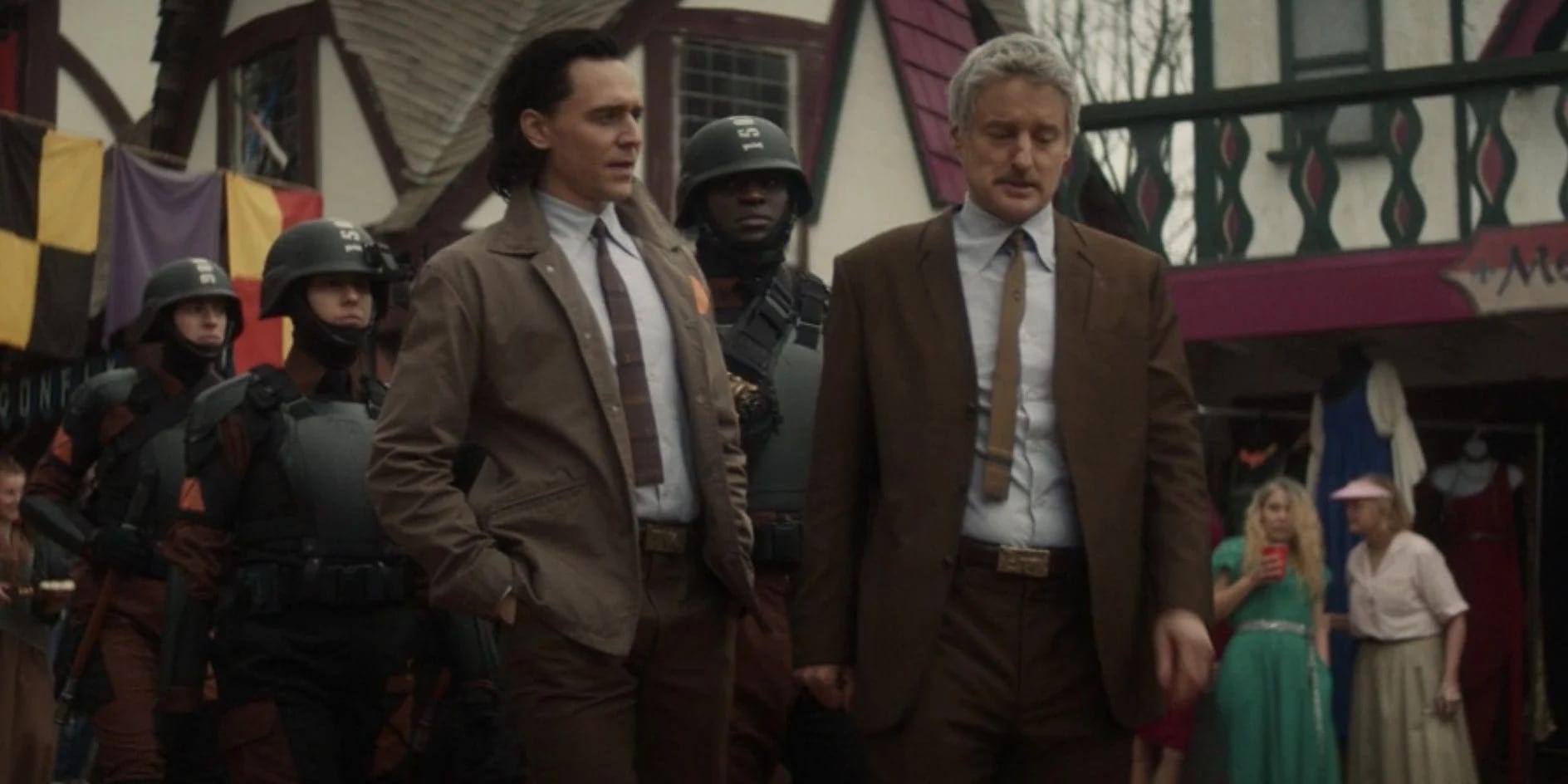 But who is Loki’s true nemesis? We don’t know, and this is probably the best thing about “The Variant.” Loki is as mysterious now as he’s ever been, and it’s almost impossible to know whose side he’s on – outside of his own, of course. Initially, he seems gung-ho about helping Mobius and the others find the Variant, even discovering the means through which their quarry has been hiding its movements from the people who monitor time itself. At turns, though, he also appears entirely too eager to meet the Time-Keepers, those who control both the TVA and the timeline. But which is the real Loki? Does he want to reform, or is he trying to manipulate his captors? All “The Variant” makes clear is that nothing is clear; Loki could honestly be seeking redemption, or he could be making another of his patented power plays. His zealousness – which is played too broadly for my taste, even though there’s a purpose to it – could be intentional, to get Mobius to think he’s going to betray him, or at least to make him believe that possibility is running through Loki’s head, so that a fake redemption will seem all the more real, allowing him to twist the knife that much easier. (If reading that made you go cross-eyed, try typing it.) And this is done with a terrific piece of dialogue where Loki says as much to Mobius; Loki is hiding in plain sight to such an extent that he’s announcing to Mobius that he is hiding in plain sight. Now, Mobius doesn’t know which end is up, and whatever he’s planning, I imagine that’s precisely how Loki wants him.

Mobius’ confusion is particularly uncomfortable for him because he’s lived a life of certitude thanks to his role at the TVA. This is another wonderful aspect of “The Variant”: it calls the notion and even the existence of the TVA into question. Mobius talks about it like it’s his religion, something he’s always been a part of, and something he never doubts. He draws comparisons to the pantheon of Norse Gods, one of whom is sitting in front of him at the cafeteria table. The existence of the “sacred timeline,” and the Time-Keepers themselves, gives him comfort and frees him from the burden of free will, of having to worry about his choices. (Does that sound like a speech Loki once made to a group of terrified Germans?) But Loki casts doubt on this; if free will does not exist, how are time variants possible? What is the point of it all if your every word and action is pre-ordained? And Mobius, like the true zealot, doesn’t have an answer. This is what I felt in the first episode; Loki and the TVA are both fascists who don’t believe in free will, but that ends at their own feet. So why is Mr. “You Were Made To Be Ruled” suddenly arguing for self-determination? Because he’s chipping away at Mobius’ resolve, slowly letting doubt creep into his beliefs the way the Devil would to a believer.

I think this is where Loki is really going. While everyone is concerned about him joining forces with the Variant, Loki is actually priming Mobius to be his unwitting ally. Unless this show is determined to screw the pooch (and that’s entirely possible), I think it’s a certainty that Loki wants to destroy the TVA and steal its power for himself. This will require lots of subtle manipulation, but the TVA – including Mobius – are on the lookout for that, fully expecting Loki to be Loki. So Loki has to give them what they expect while still manipulating them all. Under those circumstances, the Variant is out as a means to that end, at least directly. They’re all waiting for him to help out the bad guy, so he’s circumventing their smug preparedness by using them as his pawns. The final moments, where he runs off with the Variant, are a glamour; Loki is misdirecting them, making them think they’re seeing what they expected while his true machinations are elsewhere, completely overlooked even as they happen right in front of Mobius’ face. If that’s what’s happening, it’s fantastic and exactly what a series about Loki needed to do to justify itself. If not, well, I guess we’ll see what happens. 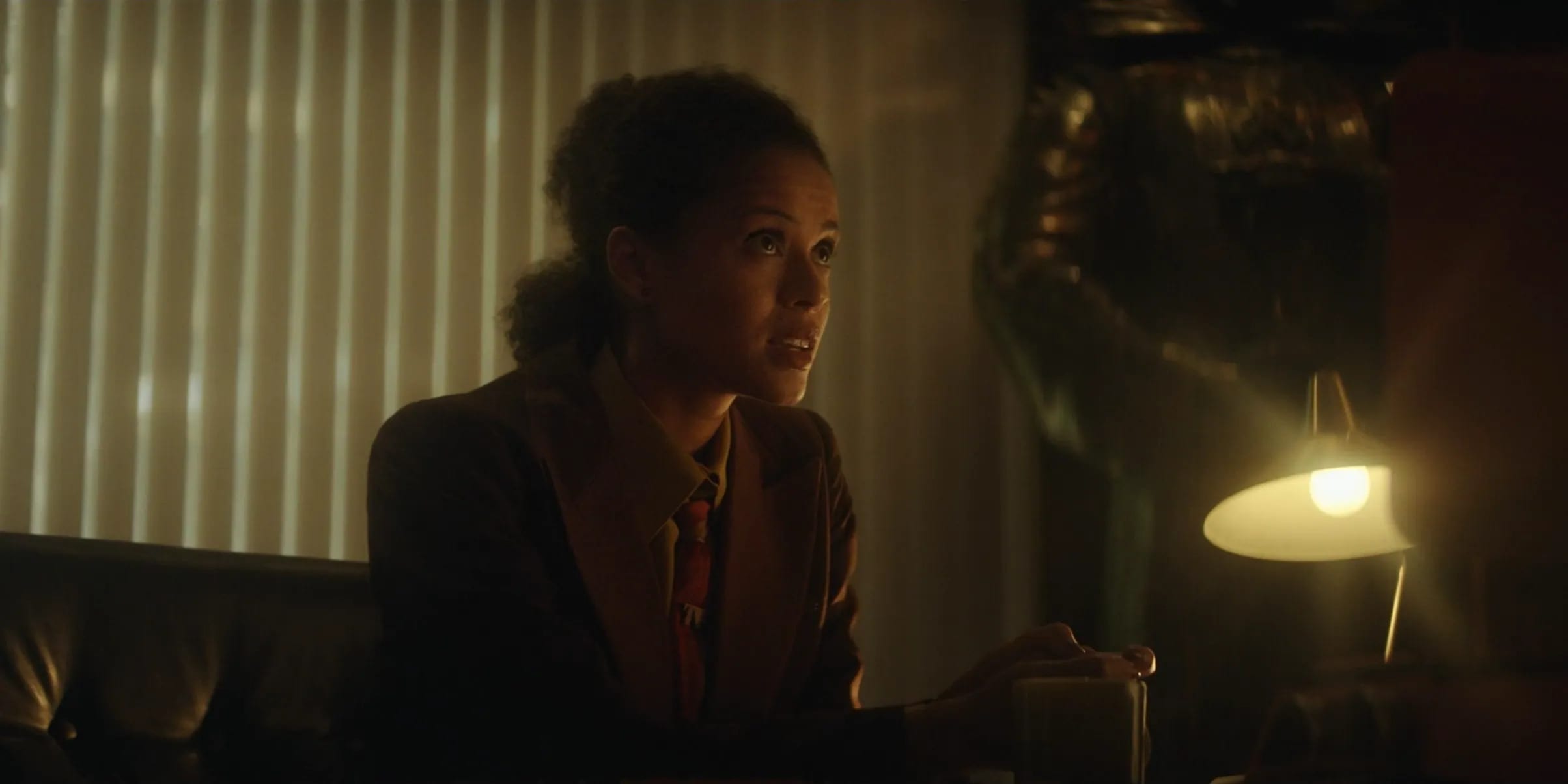 But there’s more going on in “The Variant.” Loki’s words to Mobius are not there just to manipulate him, but as a signal to us that we are being manipulated. There are clues in this episode that the TVA, the Time-Keepers, and the timeline itself are not what we’ve been told they are. Loki’s thoughts on free will may not be how he really feels, but they poke holes in the concept of the Time-Keepers to such an extent that any show not planning on a twist would be exceedingly stupid to present them to its audience. So are we being primed just as Mobius is? Are the seeds being planted that the ridiculous idea of one timeline that cannot be altered, even when it was explicitly altered by the Avengers and is being altered now by a couple of wayward Lokis, is a lie? I think so.

Also important are the scenes in Ravonna Renslayer’s office, where she and Mobius talk about the Time-Keepers. Again, while the exterior of the TVA is set up like a government bureaucracy, the heart of it behaves like a religion. Mobius, though he is a true believer (tee hee), has never met or even seen the Time-Keepers, while Renslayer – his superior – has. She relays their thoughts and feelings like they’re her family, and Mobius accepts it. This is similar to a priest telling a parishioner dogmatic truths to which he alone is privy. And, unsurprisingly, Renslayer and the Time-Keepers share the same emotions; apprehension at being out of control of the timeline, unease with the Variant running around, distrust of Loki. My preliminary conclusion from this is that the Time-Keepers are a myth, something the TVA higher-ups like Renslayer use to buttress their own authority. They’ve christened themselves the keepers of the timeline, and they’re using religious symbolism and belief to get enough people to let them do it. Loki – a god himself – sees through this, but a schlub like Mobius needs some prodding. Again, I could be completely wrong, but this is where I think Loki is going, and if so, I love it. That doesn’t mean I love how it’s getting there, though. “The Variant” is half a dozen steps up from “Glorious Purpose,” but it makes the same mistake of being too broad in its comedy. I attribute this to Thor: Ragnarok being so well-received (you can thank that for Fat Thor as well); now, there will be nothing all that subtle about Asgardian humor in the MCU. This undermines Loki even more than it does Thor because Loki is all about subtle manipulation. Look at how he moves all the chess pieces into place in Thor, knowing exactly what to say to all of his pawns in every circumstance. Here, he bumbles around like an idiot, flailing his arms and making an ass of himself. I know he’s still manipulating, and I know there’s subtlety in how audacious he’s being, but there’s a limit, and not every one of these has to be played for a laugh. That being said, I did laugh more at this episode than its predecessor, particularly at Owen Wilson, who’s allowed to let his hair down a little more this time. And Tom Hiddleston is wonderful as Loki; they’ve got him doing some embarrassing things, but he plays it so well that he makes the lesser moments palatable. The scene when he reads about Ragnarok is infinitely more effective than the long video sessions last week, partly because he discovers it on his own so, it feels like a natural development rather than something shoehorned in so the plot can advance, and partly because of the simplicity in his reaction. The small beginnings of a tear recall his response to Frigga’s death, as do his actions following it; sure, he’s sad, but that isn’t going to stop him from using a tragedy to his advantage. The rest of the cast is fine; they aren’t required to do much, and they accomplish that, but they’re all interchangeable. As for the Variant herself, well, it’s hard to make much of her because she’s around for all of five seconds at the end. But, like with everything else, there’s potential, and that’s what I needed.

“The Variant” is an enormous improvement over “Glorious Purpose,” imbuing what looked like a wayward series with many interesting plot and thematic avenues it can explore and returning the complexity of its main character. The humor is still too broad, but at least this episode moves, and the central performances are better. Unlike a week ago, I’m excited to see more of Loki, and that feels like a miracle; let’s hope it isn’t just another illusion.

“The Variant” is an enormous improvement over “Glorious Purpose,” imbuing what looked like a wayward series with many interesting plot and thematic avenues it can explore and returning the complexity of its main character. The humor is still too broad, but at least this episode moves, and the central performances are better. Unlike a week ago, I’m excited to see more of Loki, and that feels like a miracle; let’s hope it isn’t just another illusion.