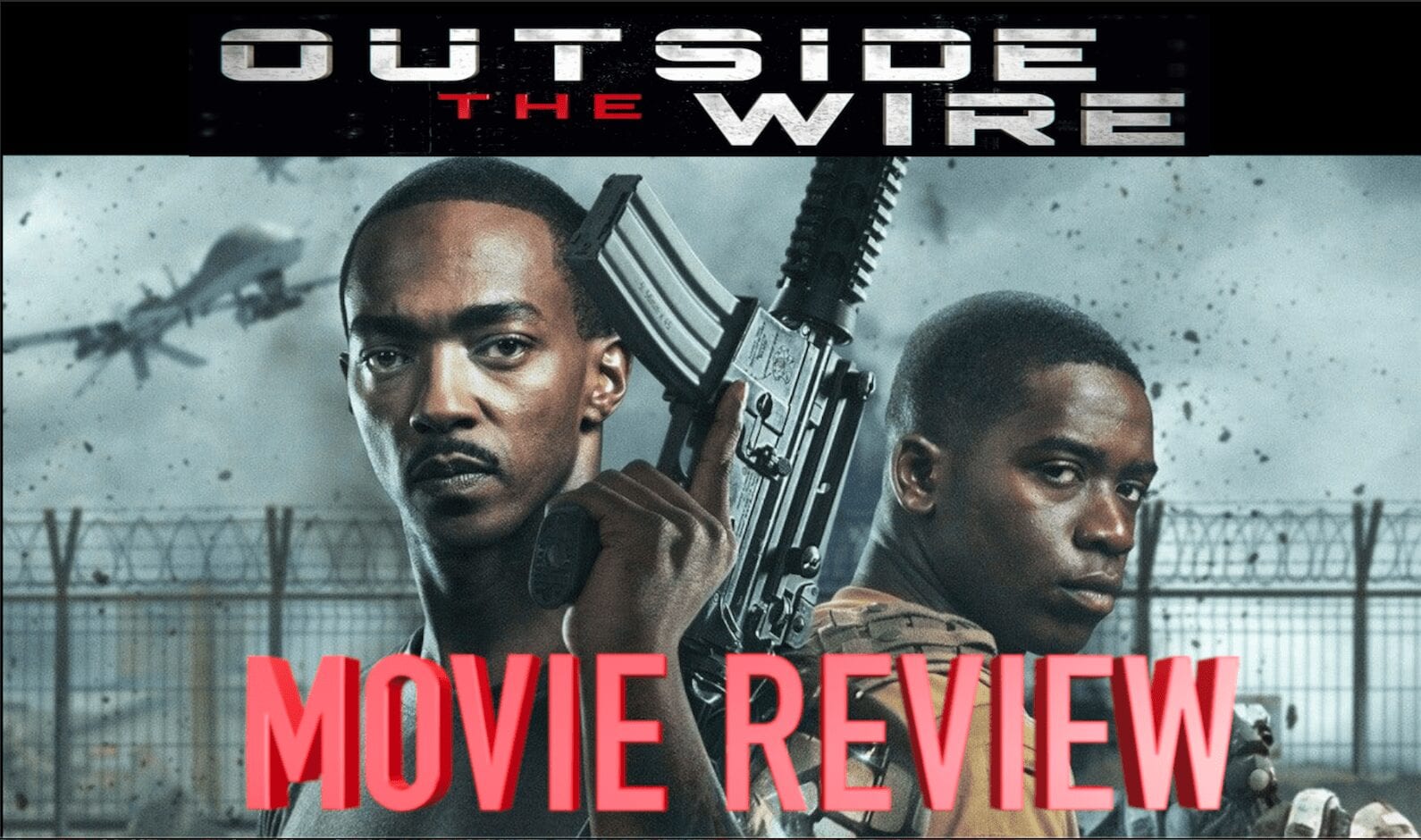 This last Friday, Netflix released a new movie called Outside the Wire. This film is set in a near future where the U.S., aided by their Gumps (robotic soldiers), are peacekeepers in the middle of a European civil war. Our introduction to the main character Harp, played by Damson Idris, is well established as we see him conducting a drone mission observing an on-ground skirmish. Harp seems to be quite apathetic and detached from the chaos he is witnessing on his screen, as fellow officers are under heavy fire and injured. During the mission, he observes what he views to be a significant threat and decides to take action, disregarding the chain of command. He decides to sacrifice two men to save 38, a key point that arises later in the movie. During his disciplinary hearing, we find out he has never experienced on-ground face to face contact. This means that, while he acknowledges the consequences of his actions, he does not fully understand them.

He is then sent to the same base as the soldiers he killed, which is very effective. It’s intriguing seeing him confront the soldiers he oversaw. While at the base, he encounters Captain Leo, played by Anthony Mackie. After their initial meeting, Leo is revealed to be some sort of prototype biotech in the form of a human body. Harp and Leo then set out on a mission to take out Viktor Koval, a criminal warlord searching for nuclear codes. After their first mission to deliver a vaccine and gain intel turns into a gunfight, they are left to go on foot. During their conversation, this becomes a vital part of what we discover to be manipulation from Leo. He tries to elicit empathy and humanize himself to Harp, saying, “feeling is all I got, rookie.” After delivering the vaccines, they are met with more gunfire by a single shooter, who Leo brutalizes. While torturing the man, Captain Leo utters the phrase, “I can do this all day.” This is a reference to Captain America, who says the line in multiple Marvel Cinematic Universe movies. 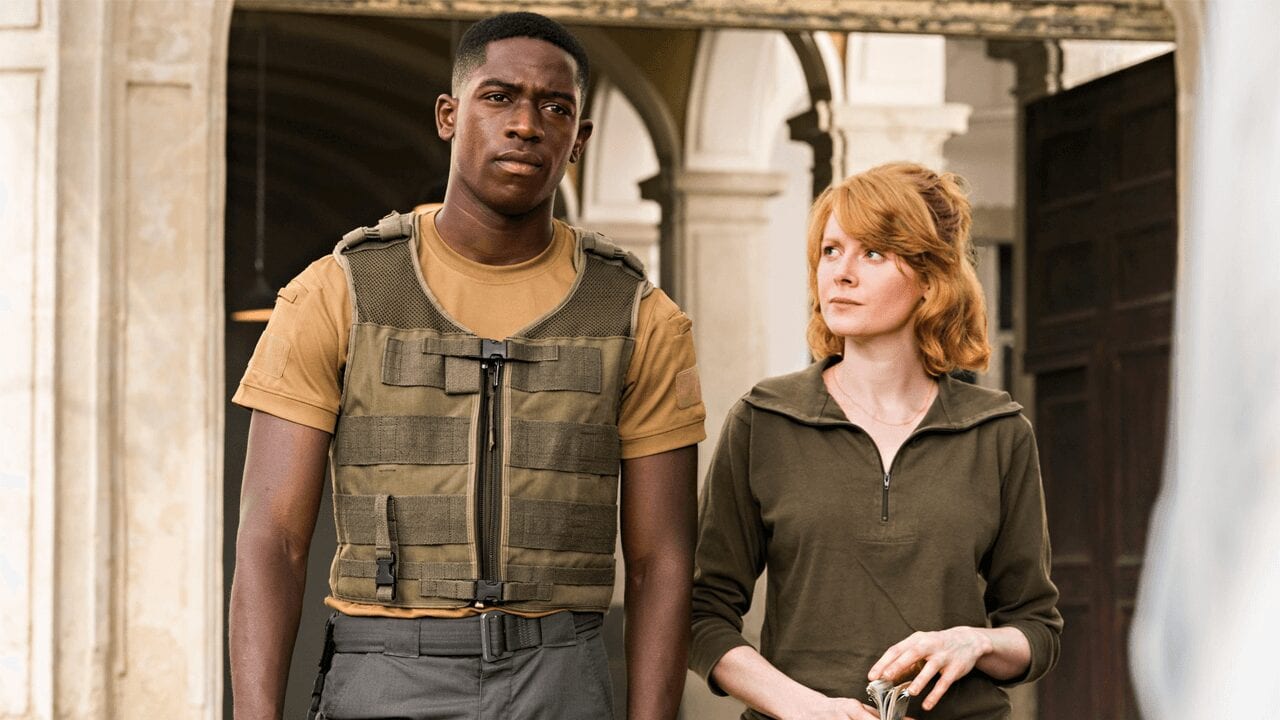 There is also solid solo action from Anthony Mackie in Outside the Wire. Perhaps a precursor to what we may see in Falcon and The Winter Soldier?
When questioned on his tactics, Leo responds to Harp sternly, as he knows he could be terminated by officers higher in command. He then tries to gain Harp’s trust by flattering him about his previous decision to save 38 men: “They should have put a f***ing medal on your chest.” The conversation then turns to what really equates to humanity and emotions or a lack thereof, as Leo says, “Maybe humans aren’t emotional enough, Lieutenant.” This directly references Harps’ lack of emotion in the decision-making that leads him to where he is. The next scene shows Harp directly confronted with the reality and consequences of his actions. As he encounters dozens of children in an orphanage, a new character, Sofiya, says, “Your bombs destroyed their homes.” 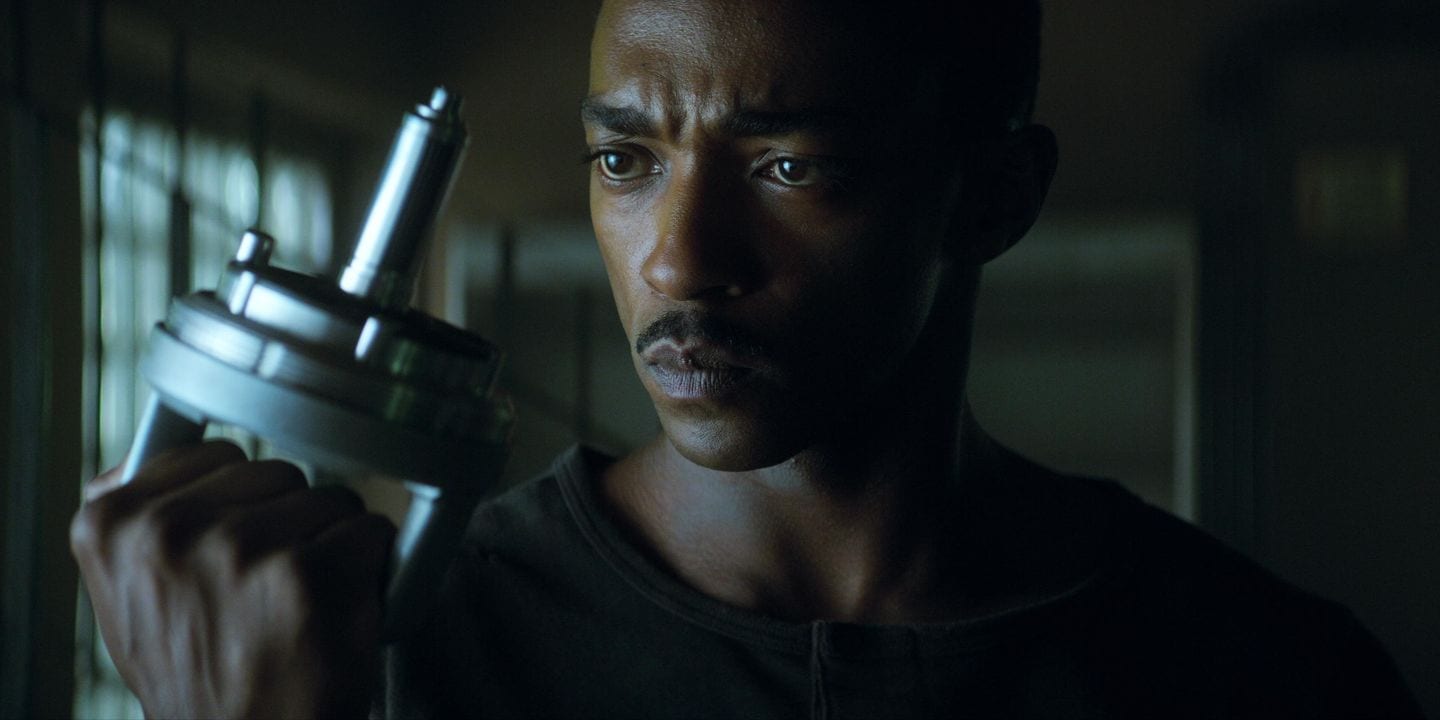 Leo’s next major instance of manipulation is where he uses his authority and deception to have Harp remove his “tracker.” He lies to Harp, saying the Russians can track the signal. It turns out this was his failsafe to be terminated by his creators, the U.S government. With his tracker removed, he further cajoles Harp into calling the Army to approve a drone strike on their location. Harp is also caught in a gunfight, just like the one he oversaw at the beginning of the movie. He is then confronted by the drone strike’s aftermath and forced to witness the destruction first hand. After the misdirect and the army believing they have killed him, Leo details every mistake and manipulation he committed to Harp, who now fears for his safety.

The third act is where all the work to build the characters, concepts, and story is cut down by an underdeveloped plot, save for a couple of lines.
As Leo travels to kill Koval, Harp is being held by Sofiya and lectured about how the plan all along was to nuke the United States and “teach America about collateral damage.” Now armed with the nuclear codes, the action turns into Captain America: The Winter Soldier. A last-second choice saves the world from annihilation. Harp is confronted one last time with his ultimatum of sacrificing the few to save the many. The same theme as Winter Soldier. The idea of sacrifice comes down to the scale of death, which Leo uses against him; “Says the man who killed two to save 38.” And Harp responds, “You’ll kill a million,” with Leo upscaling, “And I’ll save 100 million.” 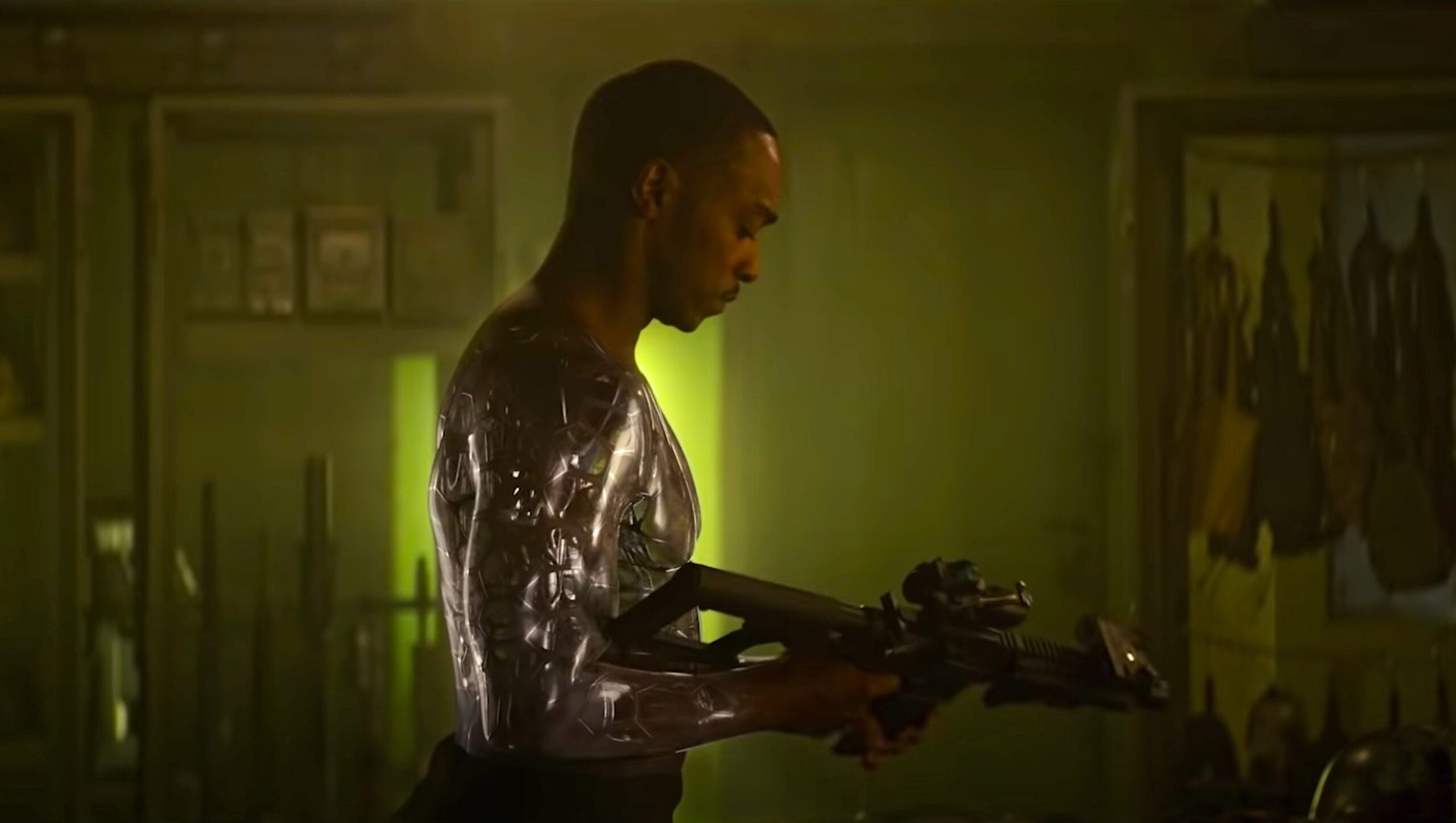 The autonomy given to Leo was a failure in his eyes. In his final speech, he claims to want to destroy his creator, the U.S., to end the wars. He even calls himself “the face of never-ending war.” With nukes armed to fire, the countdown is on to stop Leo’s plan. Harp finally calls in a drone strike that destroys the facility with seconds to spare.

Netflix’s Outside The Wire is almost amazing as a futuristic sci-fi; unfortunately, it fails with its generic save-the-day ending. This movie has mostly excellent writing, characters and confronts exciting concepts. However, falls into a safety net of the generic last-minute save the world trope.