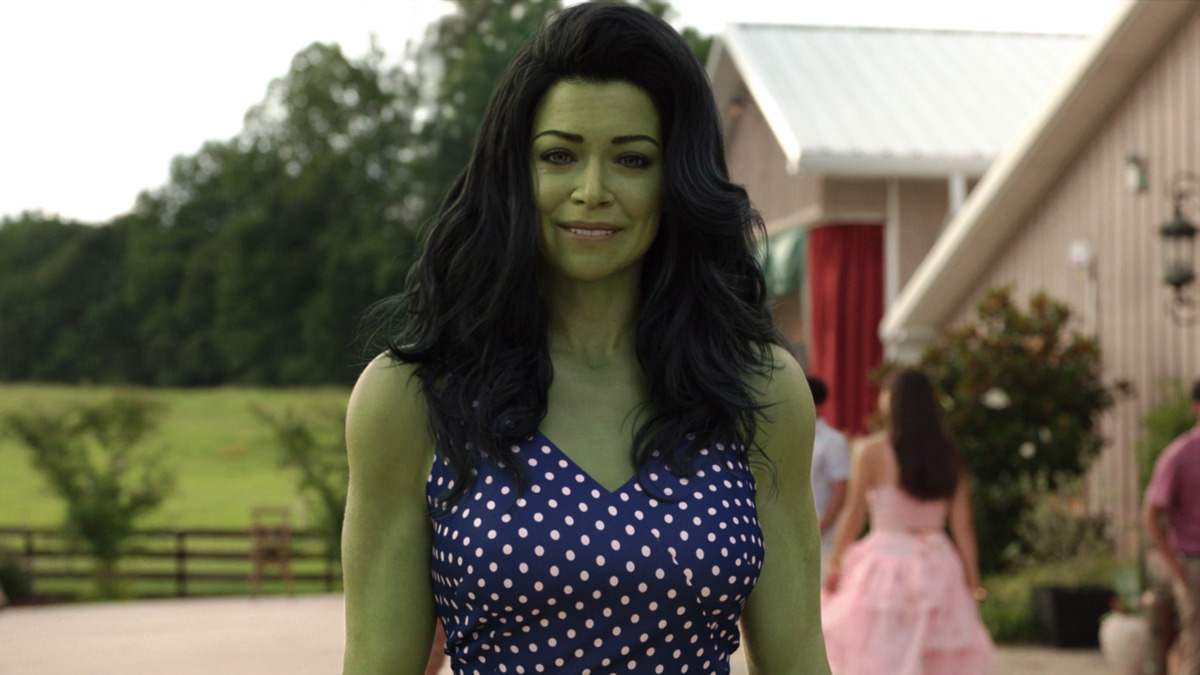 I didn’t think She-Hulk could get much worse after last week’s disaster, but Jessica Gao and her crack team proved I was selling them short. “Just Jen” takes all of the show’s worst impulses and amplifies them, sapping what little charm may have been in the lead character and dropping her into a pointless “story” about a wedding while a subplot takes care of the “men are evil” lecturing while ruining a character who at least showed some promise. Alcohol recommended.

Jen is asked to be a bridesmaid at an old friend’s wedding, but her She-Hulk persona may cause trouble – as may a surprise guest Jen was hoping she’d never see again. Mallory and Nikki take on an unusual divorce case – technically multiple divorce cases – and inadvertently make a strong argument against marriage before the aggrieved spouses even enter the building.

“Just Jen” begins with Jen opening a ridiculously elaborate invitation to be a bridesmaid for a friend from high school. As she explains to Nikki, her attendance is more an obligation than anything else – as, she assumes, is her bridesmaid request – but there’s a silver lining: she can go as She-Hulk in one of her spiffy new dresses from Luke Jacobson. Remember how Jen was insulted last week (and the week before; this show loves to belabor a point) because the guys she dated preferred She-Hulk to her normal form? Well, now she wants some Hulk-elicited z-snaps. She-Hulk can’t figure out what it wants to say about looks, expectations, or even what its main character thinks and feels; it just knows that however men react is wrong.

But that’s expected (and gets worse in the subplot). The real problem with this storyline is that it makes Jen out to be selfish, whiney, vain, and a glory hog. When she arrives at the wedding as She-Hulk in her slinky dress, the other guests and bridesmaids fawn over her, telling her how amazing she looks and complimenting her ass. How we’re supposed to square this with the past two weeks, where she was angry because men liked her for She-Hulk more than Jen, I have no idea, but I imagine nobody writing this cares because it’s never mentioned. But her friend, Lulu, points out that she’s taking attention away from the bride on her wedding day and asks her to be, as the title suggests, “Just Jen.” Of course, we’re supposed to feel bad for Jen, who just wanted to get some “Slay Queen” validation. But think about what this means: Jen didn’t inadvertently steal Lulu’s spotlight at her wedding; she did it on purpose. What a petty, narcissistic thing to do.

What’s worse is, she isn’t presented as being in the wrong; “Just Jen” pokes fun at Lulu and her other bridesmaids and guests for being vapid and silly and girly (because the point of every feminist screed is how femininity is stupid), but it never points the finger at Jen for displaying the same qualities, but maliciously. Defenders of these shows and movies love to say that characters like Tony Stark and Thor are arrogant and petty, but no one complains about them; that’s because those qualities are treated as character flaws that they constantly struggle to overcome, whereas Jen and, say, Carol Danvers, are praised for them. And that’s what makes She-Hulk so frustrating; they could have used this plotline to develop Jen, to make her realize that she can be selfish and haveher work to get past it. But no, she’s perfect, and the rest of the world is the problem. How endearing. 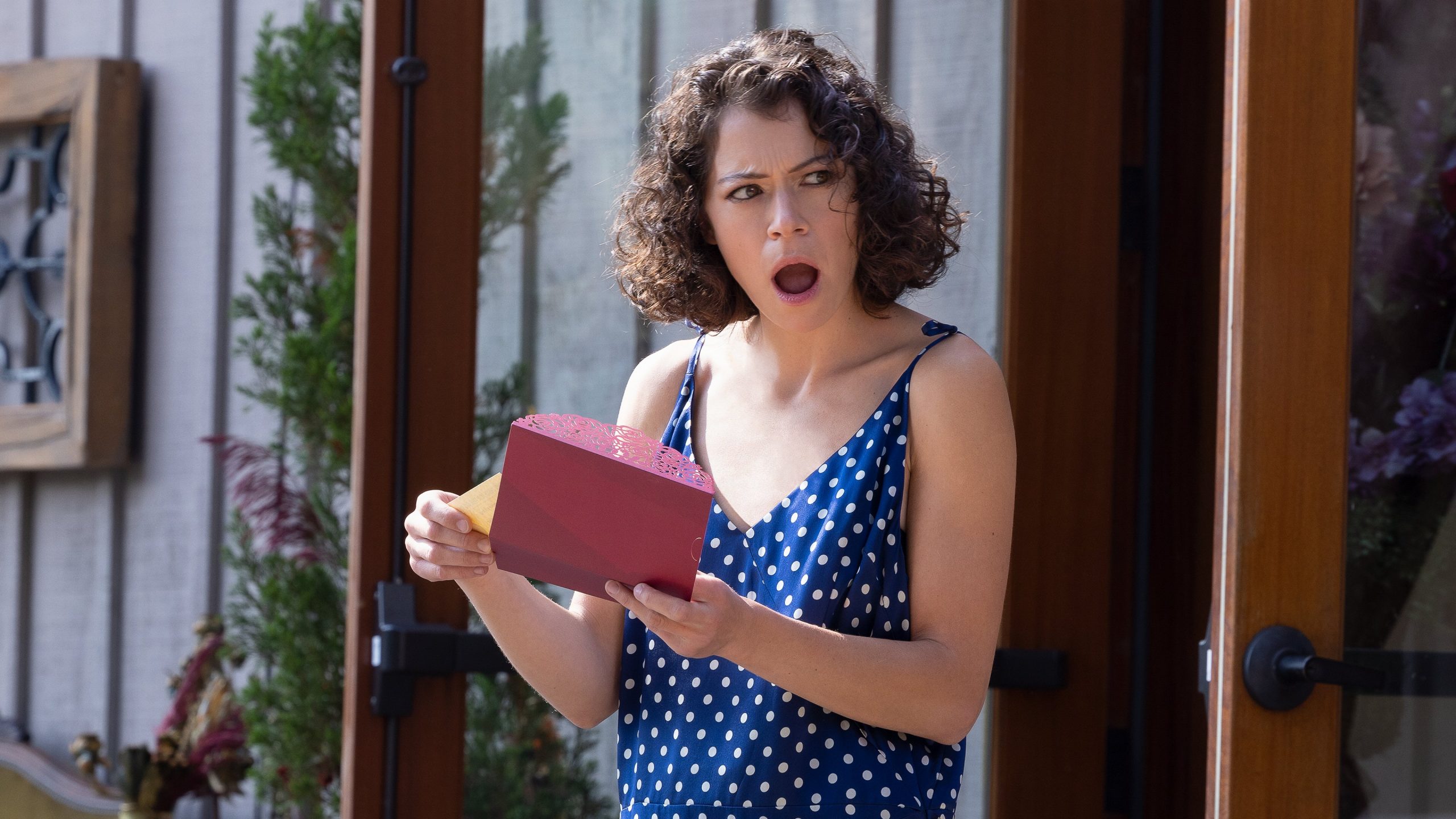 Beyond Jen always being right even when her thoughts and actions contradict each other (there’s a woman joke in there that I’m sure the show’s writing room would have a meltdown over and base an entire episode on), it’s difficult to discern what we’re supposed to take from this plot. Jen agrees not to turn into She-Hulk, but when Titania shows up at the wedding and instigates a fight, she Hulks out and battles her nemesis on the dancefloor. It feels like the setup for a Spider-Man type of situation where her superhero activities cause harm to the people she cares about (forgetting for a moment that she clearly doesn’t care about Lulu and that she’s not trying to protect anyone other than herself). But then Lulu does a complete 180 and is thrilled to see She-Hulk at her wedding. No explanation is given; just accept it because drunk is funny or something (and try not to realize how Titania is yet another neutered – spayed? – Disney villain who gets decimated in every fight). There’s no development, no arc, not even clear characterization. Although Jen does meet a guy who’s awkward, clumsy, shy, unsure of himself, and completely in awe of both Jen and She-Hulk, so I guess she’s finally met The One.

The subplot might be even worse. Mallory and Nikki represent a man in a divorce case; this man is Mr. Immortal from the comics (a character with whom I’m not familiar, so any inaccuracies are lost on me aside from what a quick Google search could turn up). Mr. Immortal can’t die, so when he gets bored with a marriage, he pretends to kill himself, then disappears on his wife – or husband, because “Just Jen” has a man show up as one of his spouses; I’m sure we’re supposed to consider this “groundbreaking representation” even though it’s treated as nothing more than a sight gag. Every second of this B plot is excruciating; Mallory and Nikki incessantly hector Mr. Immortal, telling him what an awful person he is despite wanting his legal business. They even high-five his jilted spouses when they’re handing out his assets like candy. I know this is a comedy, and we’re constantly told not to take it seriously (when convenient), but can you imagine lawyers behaving this way? Who would hire them? Boston Legal used to have plotlines where Alan Shore would represent a client he detested, but he’d do his job like a professional and seethe about it later. These two idiots can’t keep it together for a divorce case. It’s a shame because despite last week’s episode being awful, I liked Mallory and thought she could be a good character as the show went on; “Just Jen” puts the kibosh on that. 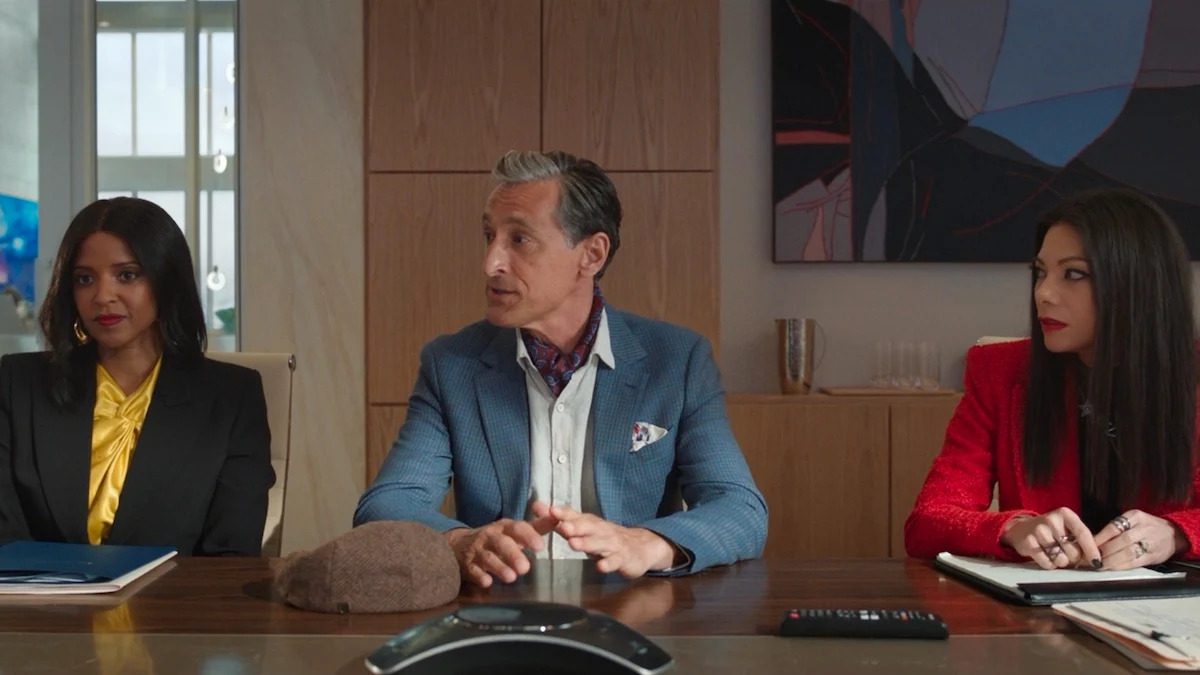 This is also where gender politics get crammed into seemingly every sentence. Mr. Immortal is a creep who treated his wives and husband awfully, but Mallory and Nikki are so shrill and insufferable that you start to sympathize with him. At one point, Mallory asks him how his powers work, and when he tells her, Nikki berates him for mansplaining; I don’t think the writers realize they’re disproving the point they’re trying to make, but these are the same people who think a lawyer would perform magic tricks during a trial. Even the jilted spouses, whom we should be rooting for, start cheering over their paydays, caring more for what they can get out of Mr. Immortal than the hurt he caused them. The Mr. Immortal case also leads them to a website called Intelligencia, which I discovered is also from the comics, where it’s a way for supervillains to share information. On She-Hulk, it’s a message board for “manbabies” because this show loves both dumbing down and “modernizing” comic elements and getting digs in at its target audience. For an episode that’s not even thirty minutes long, “Just Jen” is tough to get through.

Part of that is because, once again, the comedy doesn’t work. The entire Mr. Immortal plot is too shrieky to get any laughs. The reactions to She-Hulk at the beginning are so exaggerated that they aren’t funny; they feel like what someone who’s never been in a social situation thinks other humans must sound like. The flirtations between Jen and the wedding guest (I forget if they gave him a name) are supposed to be witty and charming, but they’re just strained and desperate, and I don’t get how this endeared either of them to the other. You can argue that they’re supposed to be bad because the guy is such a drip, but they aren’t presented that way; Jen banters with him and seems to find it delightful, and her retorts are just as bad. “Just Jen” also tries to get a lot of mileage out of Jen being drunk and dancing like an imbecile, but it falls flat. The final moments serve to remind us that the big bad who wants Jen’s blood is still out there, but since this is only the second time it’s come up and the season is two-thirds over, it’s hard to care. (Dollars to doughnuts Mr. Nice Guy from the wedding is actually a spy working for the villains.) It’s dull and lifeless, just like the rest of the episode.

“Just Jen” is an endurance trial of unfunny humor, a shiftless A plot, a grating B plot, wildly inconsistent characters and themes, and enough feminist whining to satisfy a woman’s march.