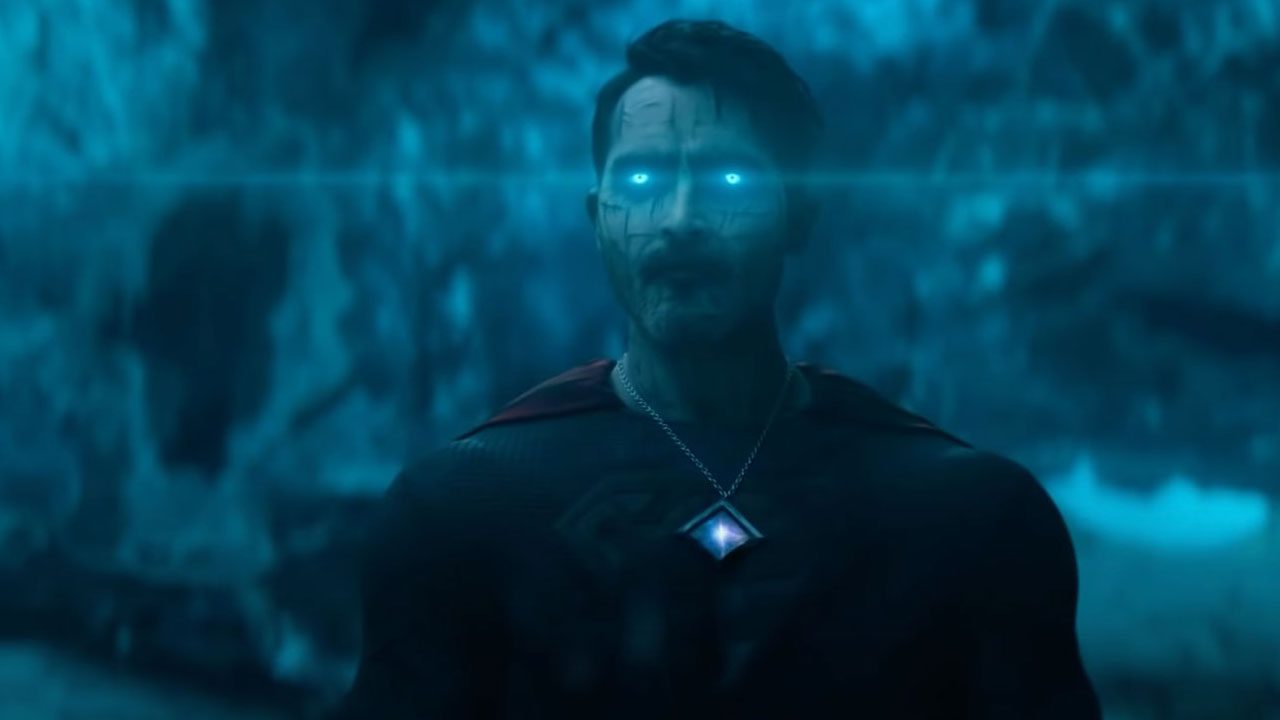 After a draggy and unfocused – or, more accurately, improperly focused – third episode, Superman & Lois quickly rights itself. “The Inverse Method” jumpstarts all of the various plot threads using a unifying theme that causes much more trouble than it solves and sets up a rocky road for the characters to traverse as the season unfolds.

Clark is still plagued with visions he shares with Bizarro and finds he may have to put his faith in someone he doesn’t trust for help. Lois teams up with Chrissy to expose the cult that’s brainwashed her sister. Mayor Dean digs for dirt on a resurgent Lana. Jon gets a taste of Kryptonian powers. Jordan’s good intentions get him into trouble.

“The Inverse Method” quickly establishes where the characters were last week and what they’re going to do about it this week. Clark is still reeling from the sudden visions his connection to Bizarro brings on him. But following a dustup on Kent Farm, John Henry uses his technical know-how to use that connection to their advantage and track Bizarro’s location. Meanwhile, Lois’ confrontation with cult leader Ally Allston goes as well as you’d expect, with Lois unable to hide her disgust for the brainwasher. A listen to Allston’s podcast appearance reveals that it was Lucy who refuted and discredited Lois’ article, and after a brief lamentation at the loss of her sister, she resolves to get Lucy back. Elsewhere, Lana’s video (pause for a much-needed puke) has put her campaign back on track, but a friend warns her that Mayor Dean is rooting around her family’s closet looking for skeletons. Jon scores his first dose of that Krypto drug from his girlfriend, and Jordan and Sara are tight again.

The unifying theme of the many plotlines in “The Inverse Method” looks like it’s trust, but it’s actually misplaced trust. Each of the main characters puts their trust in someone and either regrets it now or will very soon. Once John Henry finds Bizarro for Clark, he points out that, thus far, Superman has had a tough time keeping up with his deformed doppelganger and suggests Clark seek help from Lieutenant Anderson’s team of knockoff Kryptonians. Against his better judgment, Clark relents and trusts Anderson to tell him where to find Bizarro instead of sending in a group of less-powerful kids who’ll likely be slaughtered. And Lois, in her zeal to save Lucy from Allston’s cult, puts her trust in two people. The first is Chrissy, who brought the cult’s reemergence to Lois’ attention and has had next to nothing to do on this show since she first appeared. The second is Lucy, whom Lois meets in private to get her to see reason in the face of madness while Chrissy infiltrates one of Allston’s group meetings.

All three instances turn out to be mistakes. When Anderson finds Bizarro, he sends in his squad, foolishly believing they have a better chance against the monster than the real Superman. It’s only through his connection to Bizarro that Clark learns what’s really happening, but at that point, two out of the three recruits are dead. And Lois is betrayed by Lucy, who planted a camera in her room so she could expose Lois’ misleading article for Allston. Her faith in Chrissy is also misplaced, but interestingly, it’s because she originally lied to Chrissy. Lois left important information out of her article to discredit Allston, and once Chrissy discovers she can’t trust her new partner, she seeks out Allston to get the whole story. 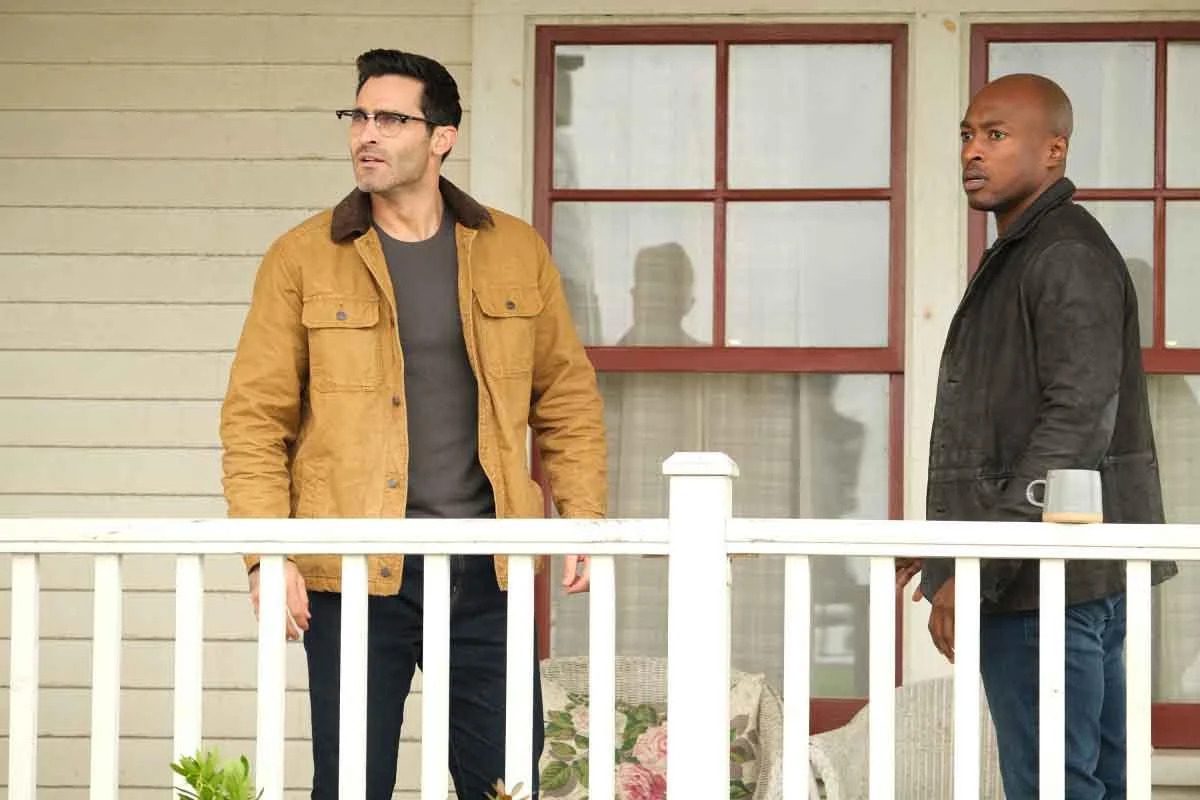 In both instances, a tentative ally leaves one of the two title characters at the mercy of a dangerous enemy, albeit for different reasons. And both Clark and Lois bring about these betrayals, Clark through abandoning his instincts and Lois through lying. What’s interesting is how these choices conform to their individual values. Clark believes in never giving up on someone, and even though he doubts Anderson’s motives, taking a leap of faith and trusting him is in keeping with that belief. That Anderson turns out to be as duplicitous as Clark suspected illustrates the pitfalls of Superman’s eternal optimism. Lois, on the other hand, reveres journalism and its ethics. Omitting important information from her story flies in the face of her beliefs; she abandoned her principles to save her sister, and it backfired massively with Lucy and Chrissy, who now doesn’t trust Lois (and who can blame her?). I’m glad Lois’ story is highlighting how irresponsible it is for journalists to lie, even with good intentions; I had a feeling it would go in the opposite direction, but this is the right message. I have to say, though, it’s a bit of a stretch to believe that Chrissy is going to fall in with the cult; I get not trusting Lois anymore, but suddenly thinking this obvious nutjob is on the level is a pretty big leap.

Lana also finds herself having trusted the wrong person. She’s clung to Keith’s devotion to her, and when she discovers that Dean is looking into Keith’s alcoholism, she assumes it’s just his sloppy drunken mishaps. But Keith is harboring a much bigger secret – he had an affair with a bar matron, and you can bet Dean’s campaign found out about his dalliance. (Strange that Keith never worried about this coming out when Lana decided to run for public office; he’s not the brightest light on the Christmas tree.) As much as she has misplaced her trust in her husband, though, you could argue she was wrong to distrust Dean. Sure, he’s resorting to dirty tricks to sabotage her political ambitions, and he is going after her through her family. But her initial worry that he was going to use Sara’s suicide attempt was wrong; he agrees to leave children off-limits to smears. Whether that’s because he’s more ethical than Lana thought or because he has everything he needs with Keith is unclear, but at least Sara is safe. 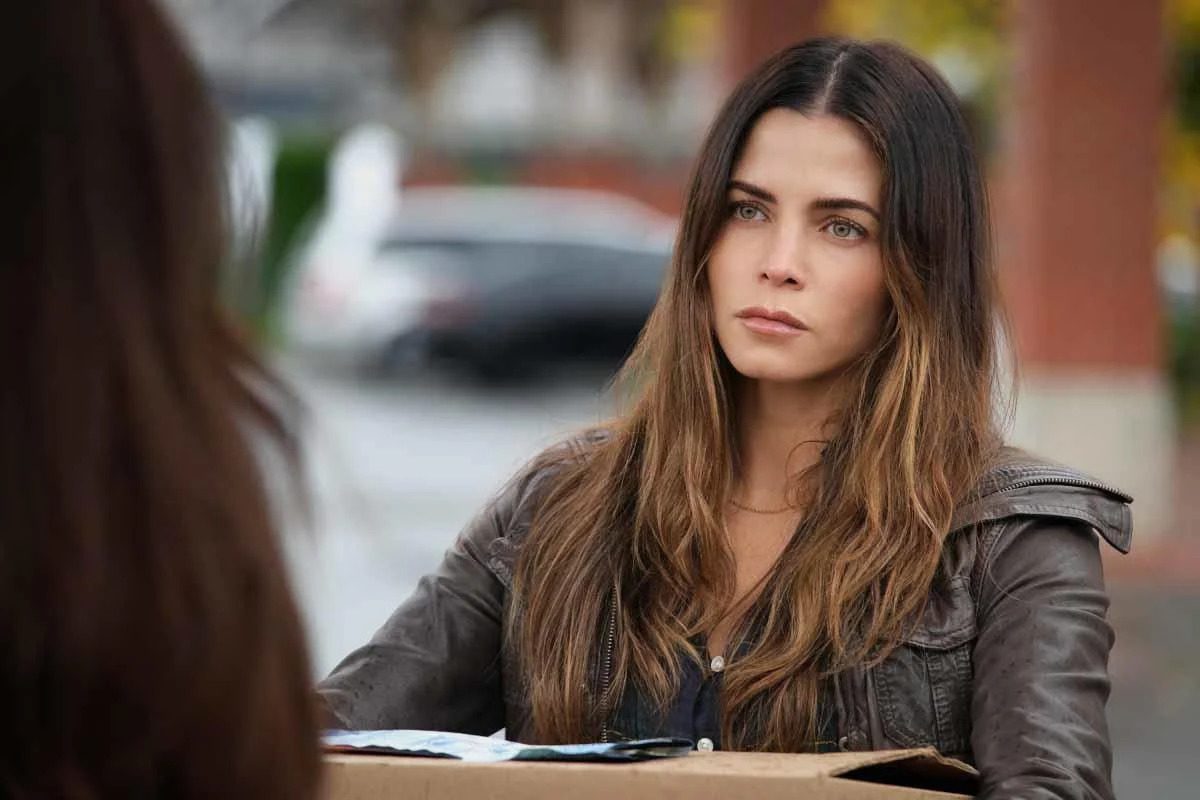 Finally, there are the kids. Jordan’s trust gaffe is first in his instincts, as he foils an attempted shoplifter and accidentally exposes himself to the world. Sam’s intervention saves him, but later, he asks Sam to train him, a proposition he can only accept if he promises not to tell Clark. Jordan is now choosing not to trust his dad in favor of his grandfather. Jonathan trusts Candice – and, by extension, the drugs she gives him – to help his physical performance, but it does the opposite, ruining his depth perception to the point where he sees far-off birds as incoming projectiles. Natalie, who tells him to abandon his better living through chemistry, is the one he should trust; whether or not he will is yet to be seen. Speaking of Natalie, she’s perhaps the most heartbreaking of all because her misplaced trust – at least as she sees it – is in Superman, as she looks at her half-dead father and knows she may lose him because the world’s greatest hero failed to protect him. In this moment, Natalie is the audience surrogate, a disenchanted child losing trust in Superman. And with the way the show’s events are going, should we all be? We don’t know the results of the younger set’s decisions, but it’s safe to assume things will get worse before they get better.

"The Inverse Method" is a crushing (in a good way) episode about misplaced trust and the pain that comes when someone lets you down. This is a character piece, and it works great, as do the couple of Superman/Bizarro fights that keep the pace moving.