REVIEW: The Luminaries – Episode 6 “The Old Moon in the Young Moon’s Arms” 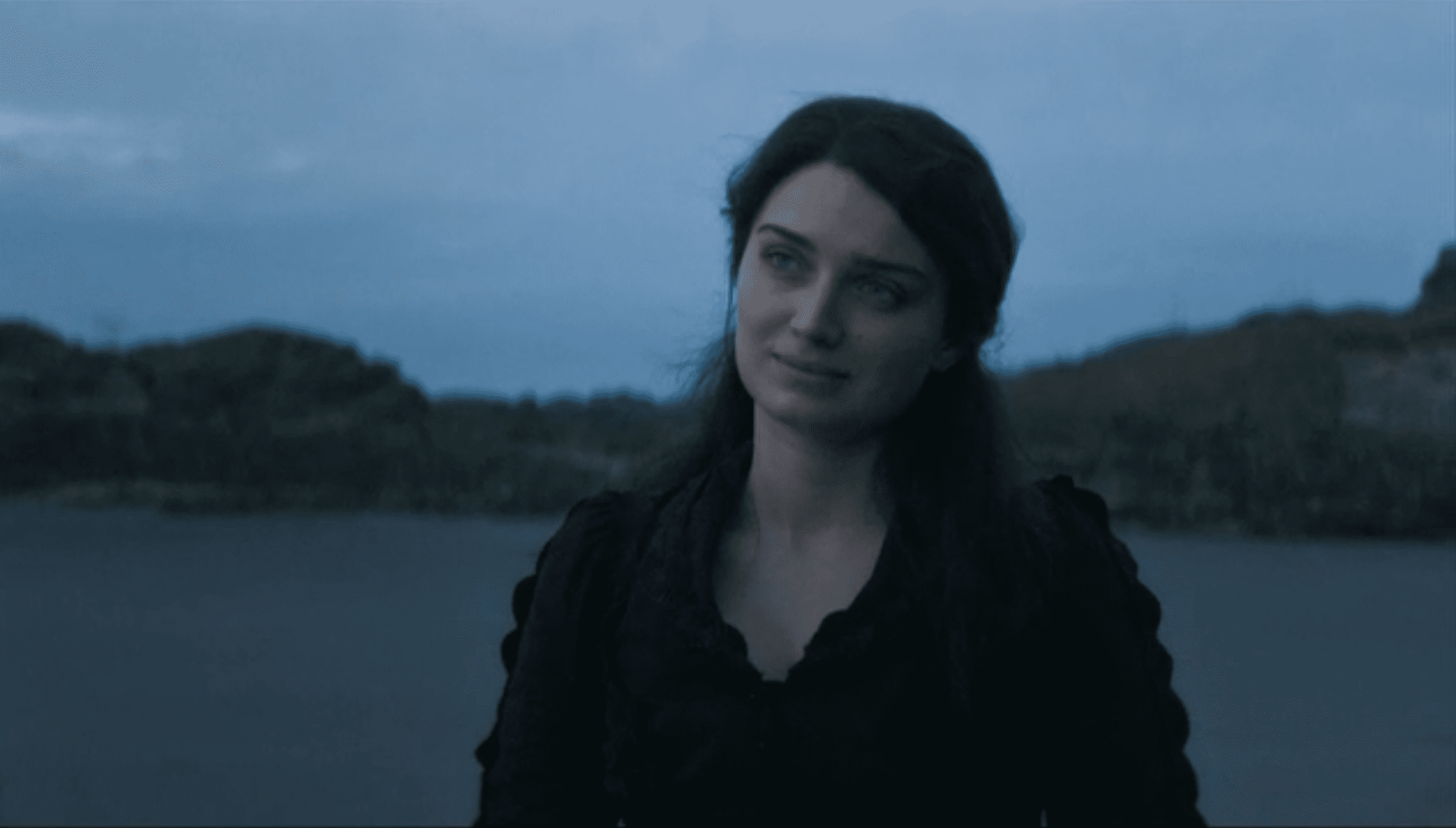 After a one-week hiatus, The Luminaries returns for its series finale in “The Old Moon In the Young Moon’s Arms.” I haven’t been a fan of The Luminaries this far; on the contrary, I find the characters lackluster and the story tedious and confusing. I felt lost after episode 1, “Fingerprint,” but genuinely thought the show would find its footing and get better. After all, it’s a BBC adaptation of a well-regarded novel starring some respected actors. The intervening weeks have delivered episodes just as bad and worse, with the exception of last week’s break in airing. Let’s see if the finale can redeem this series (probably not, though). 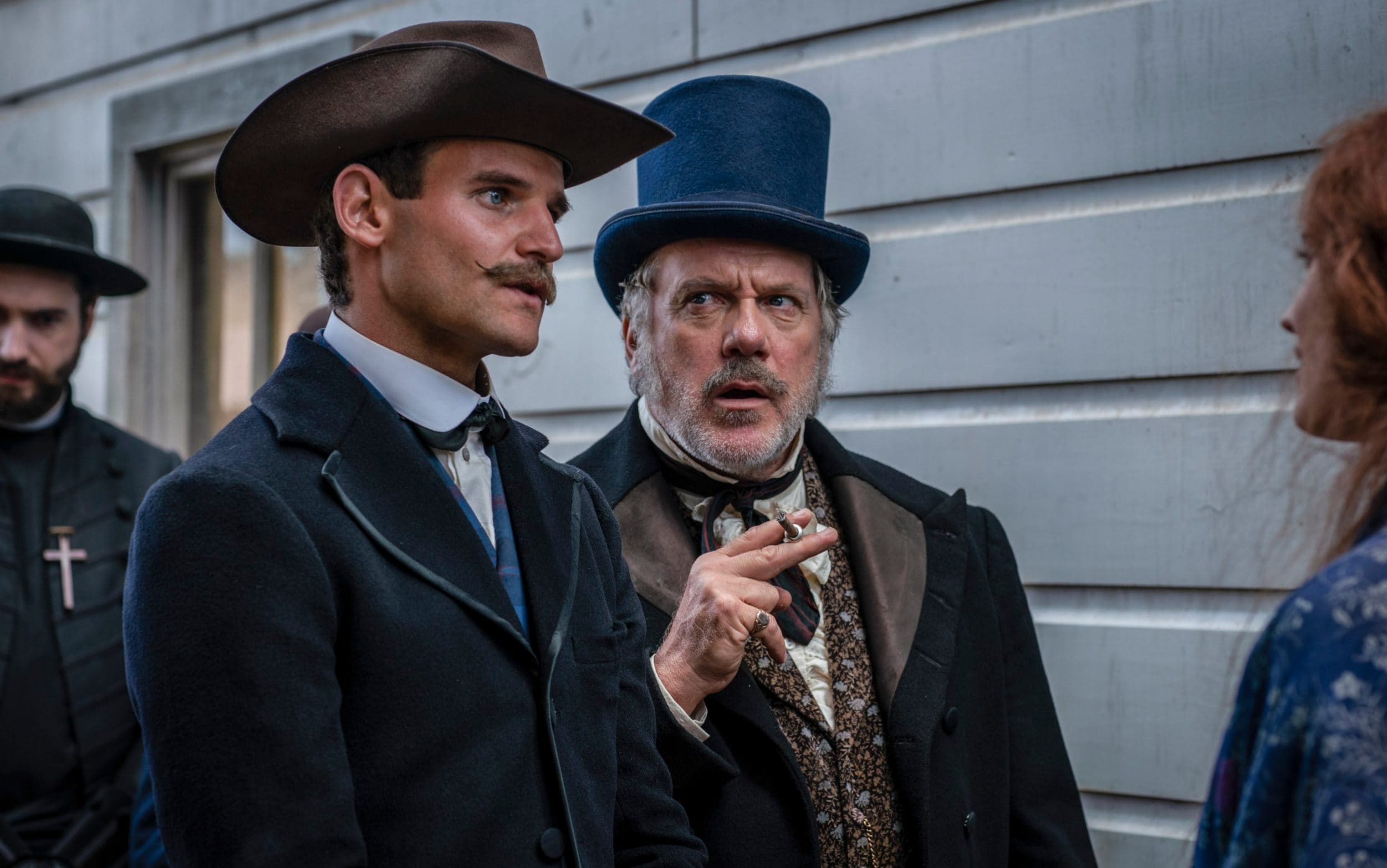 “The Old Moon in the Young Moon’s Arms” finds Anna on her way to trial. Lydia and Francis continue scheming against the young woman, but Mr. Moody becomes increasingly sympathetic to her. Without a lawyer or any witnesses, Anna’s defense case is a disaster. Her luck changes when Moody is mistakenly given Mr. Lauderback’s luggage. In it, he finds letters to Alistair from Crosbie that reveal the two to be half brothers. They also show that the two hadn’t met long after Francis blackmailed Alistair out of the Godspeed, giving credence to the charges against Francis. Meanwhile, Lydia decides they should frame Anna for Emery’s death as the trial for Crosbie’s murder becomes more complicated. However, Te Rau finds Emery and brings him to Anna, rendering that point moot.

Emery, naturally, agrees to testify in Anna’s defense. Along with Mr. Moody, the two come up with a plan to derail the prosecution. Mr. Moody becomes Anna’s lawyer, and in testimony, Emery frames himself as Francis’ co-conspirator. He takes the blame for stealing Anna’s purse and helping Francis appropriate Crosbie’s gold. Emery also reveals Francis’ plot to kill Crosbie and steal his identity, along with some more embellished details. He likewise claims the opium was his, not Anna’s. When Francis is called to testify, things go from bad to worse for him. He denies that Lydia was involved in the plot and is sent to prison. On the way there, though, Te Rau kills him, to Lydia’s shock and horror. Anna is acquitted, Mr. Quee is given a share of Crosbie’s gold for his testimony, and Emery is sentenced to hard labor for the crimes he confessed to. It’s only a year because of his efforts to “make amends,” and it may be lowered to nine months with good behavior. Anna embraces him, they kiss, and both agree to wait eagerly for their reunion. Anna finds Lydia on the beach and informs her that she genuinely loved working for her and would have done so willingly and stayed if she had been honest. Anna gives Lydia the rest of Crosbie’s unsmelted gold and becomes a prospector while she waits for Emery. 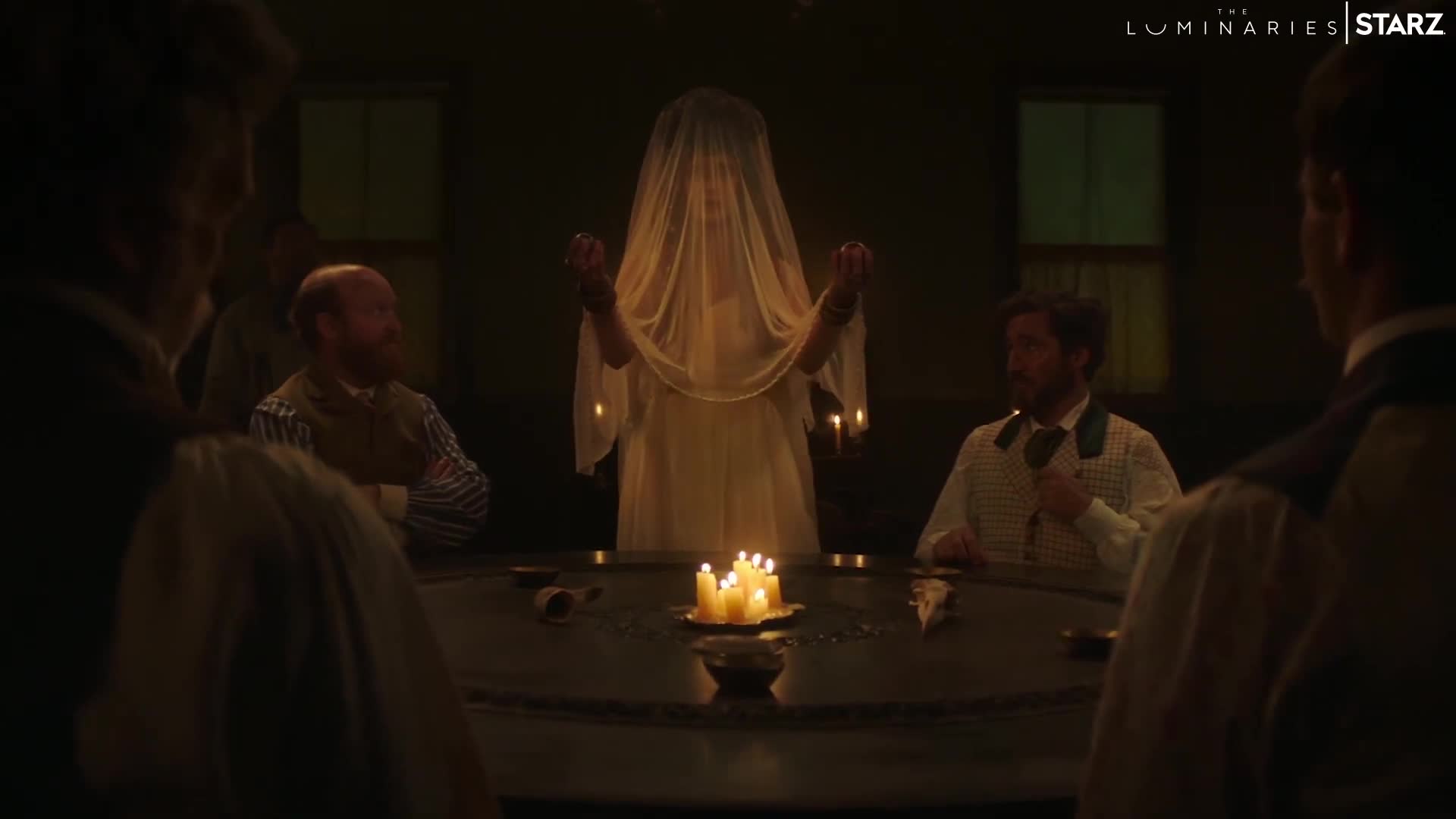 “The Old Moon in the Young Moon’s Arms” is a strange episode of a strange show. Before we really jump in, what’s with this episode title? Did I miss something? As usual, Lydia does talk about some moon and sun mumbo jumbo in this episode, but I’ve watched “The Old Moon in the Young Moon’s Arms” twice now, and I didn’t catch any lines like that. Speaking of Lydia, I’m still not clear on whether she has some magical ability/knowledge or it’s all just parlor tricks. I’m also unsure if she is indeed a brothel madame like I originally thought, but I guess that’s beside the point now. I had believed Mrs. Wells was just speaking pretty words along with some smoke and mirrors to impress the town and lure tourists; however, she was exactly right about Anna and Emery being astral twins. In this episode, her fake Séance is overtaken by an authentic (?), seemingly unintentional one, wherein she accuses Francis of murder in Cantonese, which she doesn’t speak. In addition to unresolved mysteries surrounding her character, Lydia’s resolution is also deeply unsatisfying. Her boyfriend dies, and most of the gold she killed her husband for goes to the town’s government, which is all well and good. But Francis lying to protect her, and Anna giving her the leftover gold, made me mad. I don’t like or feel sorry for Lydia or Francis; I don’t like anybody on this show! It’s really frustrating for the show’s main antagonist and master manipulator to go free, get rich, and keep her business. She’s worse than Francis in my book, as she helped kill and rob her own husband, and tried to frame someone she pretended to be friends with. Francis is an ex-con and a killer, but he’s not pretentious or scheming like Lydia. Choosing the worse person of the two is like picking the shiniest turd in a litter box, but it’s still Lydia. What a baffling ending.

Regarding the lack of clarity, I’m also having that issue with Emery. His testimony confused me in that, looking back, I honestly couldn’t tell you how much he lied about. Obviously, he didn’t really conspire against Anna or Crosbie, but some of the details are fuzzy. When he says he and Francis planned to hide gold in the tailing pile, I feel like that’s wrong, but I can’t really remember. From the very beginning, the story of The Luminaries has been overloaded, dense, and ill-defined. This show has too many characters, too much plot, and not enough emotion to hold even the most avid TV junkie’s attention. It was surreal seeing Lydia openly weep multiple times and Anna smile and kiss Emery; this is the most emotion any characters have shown in the entire series. I got a weird, happy feeling when Anna was shown prospecting in the last shot, and I don’t know why. I don’t like Anna or care about her prospecting, or her relationship with Emery; in fact, I don’t even care for Eve Hewson’s performance as Anna. This isn’t even one of those shows that had potential and squandered it. The Luminaries is just an underdeveloped concept with boring writing, dry acting (for the most part), unappealing visuals, and unsympathetic characters.

The Luminaries – "The Old Moon In the Young Moon's Arms"

"The Old Moon In the Young Moon's Arms" is pretty bad both as a finale and an individual episode. The Luminaries has been a disappointing experience through and through.