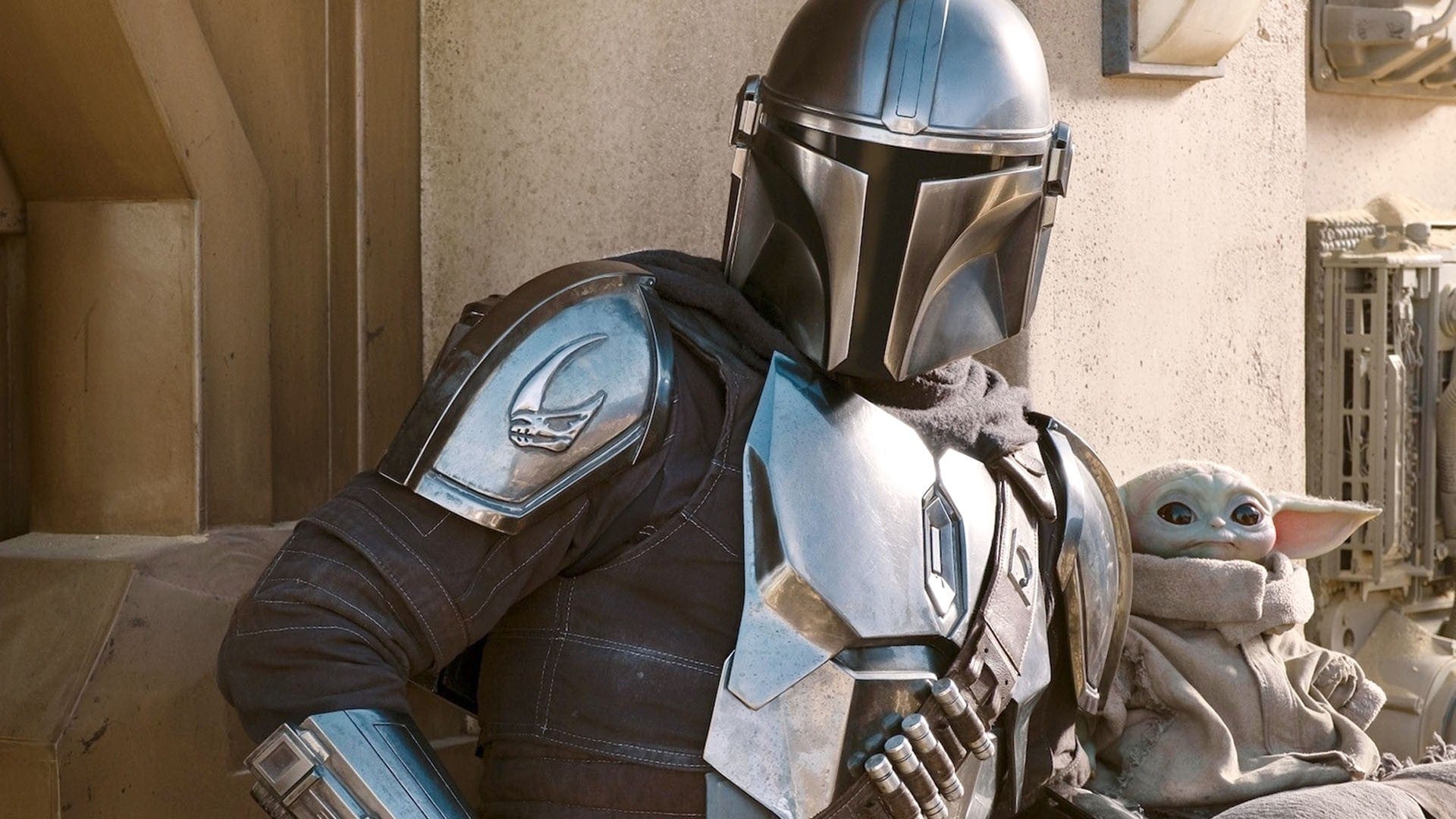 Season two of The Mandalorian sees Mando and the Child venture to a new planet, where they end up spectators at a fighting ring. The Mandalorian seeks information on the other Mandalorians, but the informant betrays him. Mando easily bests his men and leaves the informant hanging from a light pole only after he tells him to look on Tattooine. Once there, Peli sends him on his way to Mos Pelgo, the supposed location of another Mandalorian. However, what he finds is a Marshall who wears Mandalorian armor, but is not one. He identifies himself as Cobb Vanth and refuses to remove the beskar armor, angering Mando. However, their confrontation is interrupted before it can begin as the very ground starts shaking. A creature known as the Krayt Dragon shows up, eats a bantha, and disappears underground. Vanth offers Mando a deal: get rid of the Dragon, and he’ll relinquish the armor.

Along the way, Vanth tells the story of the Mining Collective takeover and how he came by his armor. They come across a group of Sand People, and Mando allies with them, as they also want to eliminate the Dragon. Vanth doesn’t like working with them, and he doesn’t honor their rituals, but Mando insists they all make peace to defeat the creature. He likewise convinces the townsfolk of Mos Pelgo to stand alongside him and the Sand People in this endeavor. According to the Tuskens, the Dragon is only vulnerable on its underbelly. They bury bombs under the sand and shout at the beast to lure it out. However, the charges only anger the Dragon, and it rises out of the mountain. Mando tricks the creature into eating a bantha loaded with charges and detonates them, blowing the Dragon up from the inside. Vanth hands over the beskar armor, and Mando heads out. A shadowy figure watches the proceedings, and mysteriously walks away.

I haven’t read any of the Star Wars books, so I don’t know anything about Cobb Vanth besides what’s revealed in this episode. This being said, he is very well acted by Timothy Olyphant, and his backstory is interesting enough. It genuinely surprised me when he showed up instead of Boba Fett (or any real Mandalorian). That was a perfect misdirection. I also enjoyed how he played off of the title character. The scene where he doesn’t want to eat the food the Sandpeople offer him reminds me of Indiana Jones and the Temple of Doom. Mando even says a line that was vaguely similar to “You’re insulting them and you’re embarrassing me,” though I admit this is probably a coincidence. I was actually taken aback by Vanth giving the armor up at the end; yes, that was pretty much the episode’s premise. But as the story progressed, I began to think that the Mandalorian would be won over by his backstory and prowess in battle. I thought maybe he could become a Mandalorian in his own right. When they part ways, they both express hope that they’ll meet again, and that seems quite likely. This is a really cool character even after just one episode, so I can’t imagine him being a one and done player. I’m also glad to see Amy Sedaris back as Peli; I enjoyed her last season and didn’t think she’d be returning. Although I’m convinced that I’ll never be able to hear her talk without thinking of Princess Carolyn from Bojack Horseman. As a slight nitpick, I wondered how Peli knows what the Force is when most of the show’s characters don’t seem to have a clue. I may have missed something, but that seems really strange given how mysterious they’re making the Force in this show, for the most part. I also found it kind of funny when the Dragon snapped up a Tusken Raider instead of the bait bantha; for some reason, I really didn’t see that coming. There’s a lot of action and violence in “The Marshall,” and most of it is excellent. The near-shootout at the fighting ring is exhilarating and includes a well-hidden cameo. They employ plenty of practical effects in the episode as well, which I always love to see. Many of the creatures look like people in suits or puppets. The music is epic, as always, and maintains the show’s distinctive sound. The acting is solid all around, if nothing revolutionary. “The Marshall” feels like old school Star Wars in all of the best ways.

Now, about that reveal at the very end. We see who we can only assume is Boba Fett walking away after having witnessed the fight against the Dragon. This comes after the misdirection with Cobb wearing Boba’s armor and eventually giving it to Mando, presumably to be passed on to a real Mandalorian. I figure this is Boba Fett, as the actor is Temeura Morrison, who played Jango Fett in the prequels. This would also confirm reports that he would be in this season. It’s obvious that he would be interested in the whereabouts of his armor. There’s been a lot of speculation and excitement surrounding his potential return, but personally, I have no strong feelings. It does feel a little silly to resurrect yet another character we’ve been presuming dead for years and years. I somehow doubt they’ll enrich or improve the character like The Clone Wars and Rebels did for Darth Maul. I’m open to this possibility, and I’ll gladly admit if I’m wrong, but I just don’t see it. I also just never found Boba Fett that interesting as a character. He shows up, looks cool, and dies in a somewhat comedic manner. I actually found the stuff with him in The Clone Wars more engaging than anything he did in the original trilogy, although he did come off as a whiny little boy a lot of the time. It will be interesting to see where they take this story and if Boba has been changed by his meeting with the Sarlacc. Overall, “The Marshall” is a good season opener. The acting is good, as usual. The story is engaging and has a few surprises, even if it’s a little predictable. The music is up to the series’ usual standards, and the episode looks incredible. Action abounds, and there are lots of practical effects to gush over. I’m not as invested in the episode’s final reveal, and I do wonder why they’re sending mixed signals about peoples’ knowledge of the Force. Still, I eagerly look forward to the rest of the season. This is the way.

The Mandalorian Season 2, Episode 1, "The Marshall"

Action abounds, and there are lots of practical effects to gush over. I'm not as invested in the episode's final reveal, and I do wonder why they're sending mixed signals about peoples' knowledge of the Force. Still, I eagerly look forward to the rest of the season. This is the way.

Boba was resurrected long ago in what is now referred to as the Legends novels and comics and frankly, it should be no surprise that he would survive the Sarlacc. After all, it takes a thousand years to be digested, which means unless you’re dying when you fall in, you’ll be alive until you starve or dehydrate. I always figured Boba was smart enough to repair his jet pack enough to fly out of the pit or to use some of his other weapons on his suit to take out the Sarlacc.

What I liked about this episode was that it was essentially a tv version of the Krayt Dragon Pearl quest from Knights of the Old Republic. It highlights Jon Favreau’s skill and talent in knowing what Star Wars fans enjoy (KOTOR being one of the most highly regarded games by Star Wars fans) and bringing that to the small screen and still make it enjoyable.

timothy olyphant needs to be in more stuff, he’s a brilliant actor.