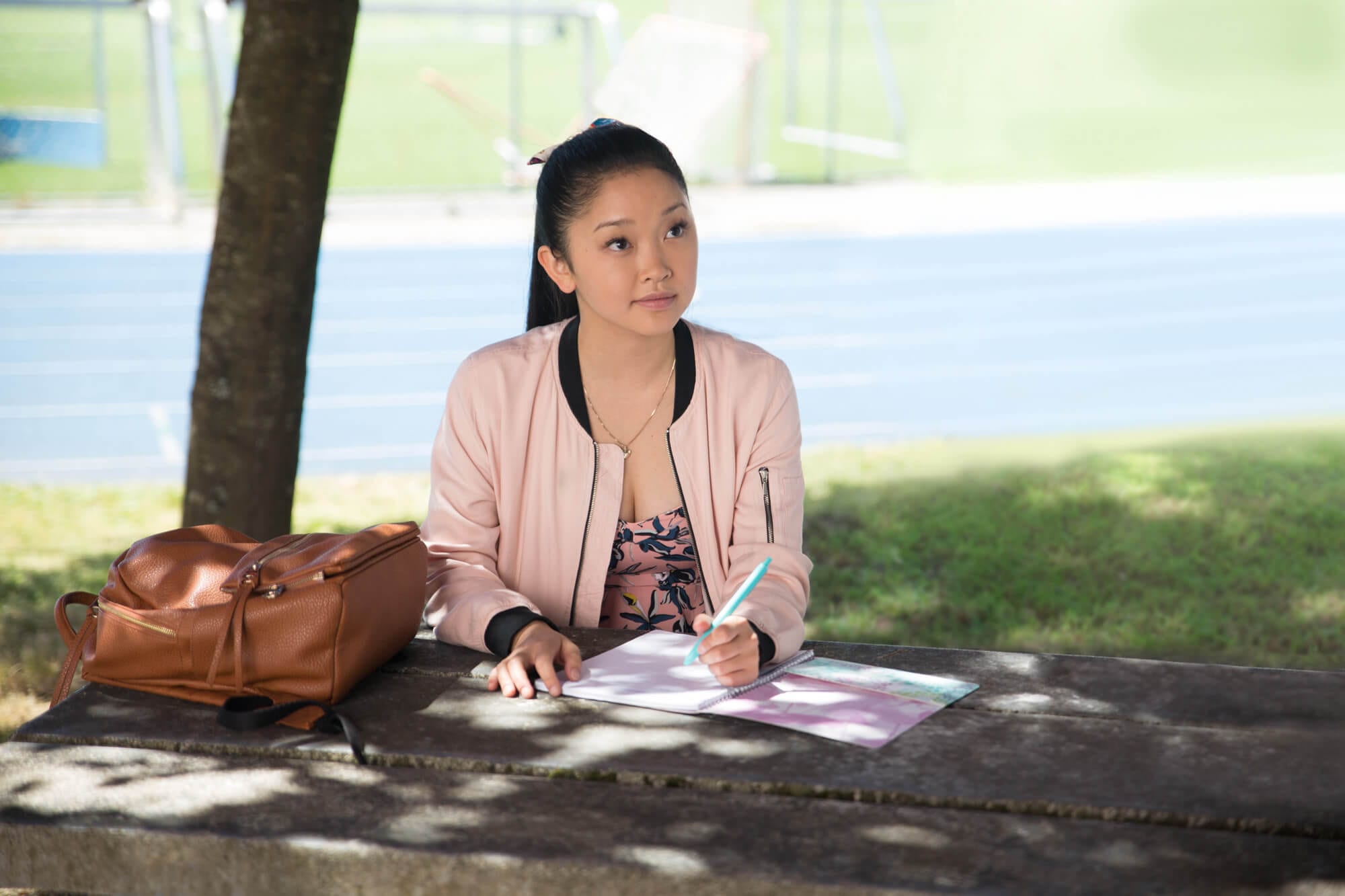 Teenage Romantic Comedies are generally not my cup of tea. As I get older, it gets harder for me to relate to these type of movies, as I’m no longer the demographic for which they’re aiming. But every so often, a film within that genre can come around and surprise me. Today that movie is To All the Boys I’ve Loved Before. While I can comfortably say there is nothing groundbreaking about this film, I definitely enjoyed it a lot more than I initially thought I would. Netflix original movies don’t exactly have the best track record either, so it’s good to see one I found entertaining.

To All the Boys I’ve Loved Before follows Lara Jean, an awkward 16-year-old girl who has never had a boyfriend. Over the years she’s had five major crushes, and instead of telling them, she wrote love letters that she never gave them. One day her younger sister goes through her stuff, finds the letters, and decides to send them out. Now Lara Jean has to confront each one of them about the letters, including her older sister’s ex-boyfriend.

The plot of To All the Boys I’ve Loved Before is simple, but gives a lot of room for the awkward comedy to really shine. Once the letters get out and Lara Jean understands what’s going on, her initial reaction is hilarious. There isn’t enough time to focus on each of the five guys to whom she wrote letters, so the movie focuses on two on them. The first is Josh, her next-door neighbor and her sister’s ex-boyfriend. The second is Peter, a lacrosse player at her school who recently broke up with a girl that Lara Jean hates. The decision to have both of the relevant men in the movie be newly single makes it so that each of their past relationships are still relevant when she speaks to them. This is a good, believable way to bring on conflict: in order to avoid confronting Josh about her possible feelings for him, Lara Jean agrees to pretend to be Peter’s girlfriend. Not only does it keep Josh away, but Peter gets to make his ex jealous in the process. This story goes exactly how you would expect it to go, but still manages to be entertaining at the same time. 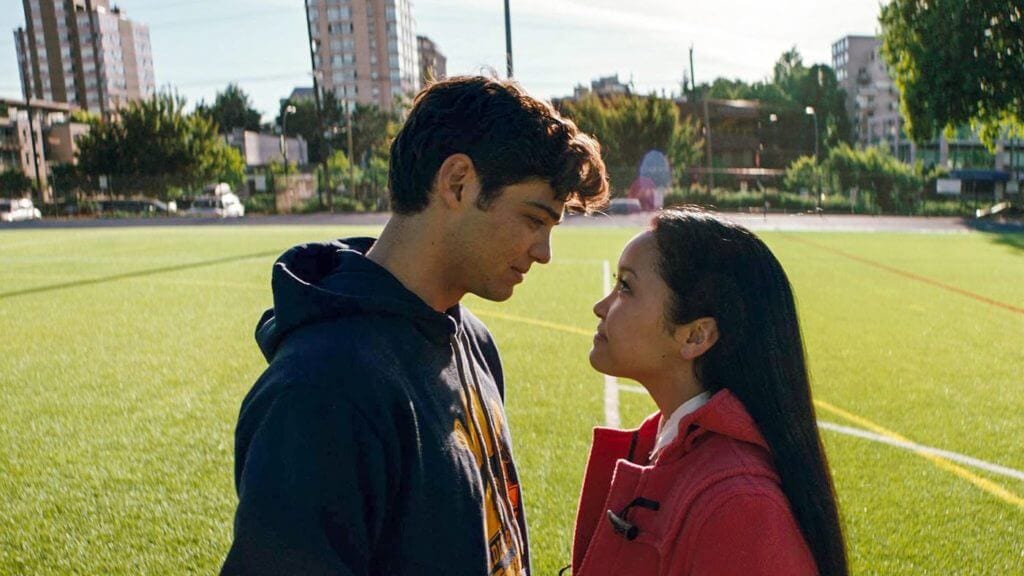 I don’t think any of the performances in To All the Boys I’ve Loved Before are particularly strong, but they’re never bad enough to deter you from watching the movie. Lana Condor is decent as Lara Jean. She’s good at playing up the innocent aspect of the character, but is harder to believe when we see other sides of her. Noah Centineo is surprisingly good as Peter. I like his delivery, which sets him apart from the many other actors who play similar characters in other movies. The two of them also have excellent chemistry together. The better scenes in the film are when they decide to actually be honest with each other, and it only works because they’re believable as a couple. Isreal Broussard as Josh is easily the weak link of the three. Whenever he’s given a scene where he’s calm, he’s very good, but once he’s asked to really emote he lays it on a little too thick and the emotion feels forced.

Director Susan Johnson competently puts this movie together. Some shots in To All the Boys I’ve Loved Before are quite effective, including this funny single take of Lara Jean rolling out of her bedroom window and falling to the floor. I found it to be the funniest shot in the entire movie, and it perfectly demonstrates the lengths to which Lara Jean is willing to go to avoid confronting her situation.

There is a clear emphasis on the family dynamic in To All the Boys I’ve Loved Before. Lara Jean lives at home with her younger sister and father, while her older sister is going to college in Scotland. There is very little conflict within the family at all. Yes, Lara Jean wrote a love letter to her older sister’s ex-boyfriend, but the audience never gets the feeling that it would cause actual drama between them. Her family is full of nice people who love her dearly, and I think it’s important to stress that. 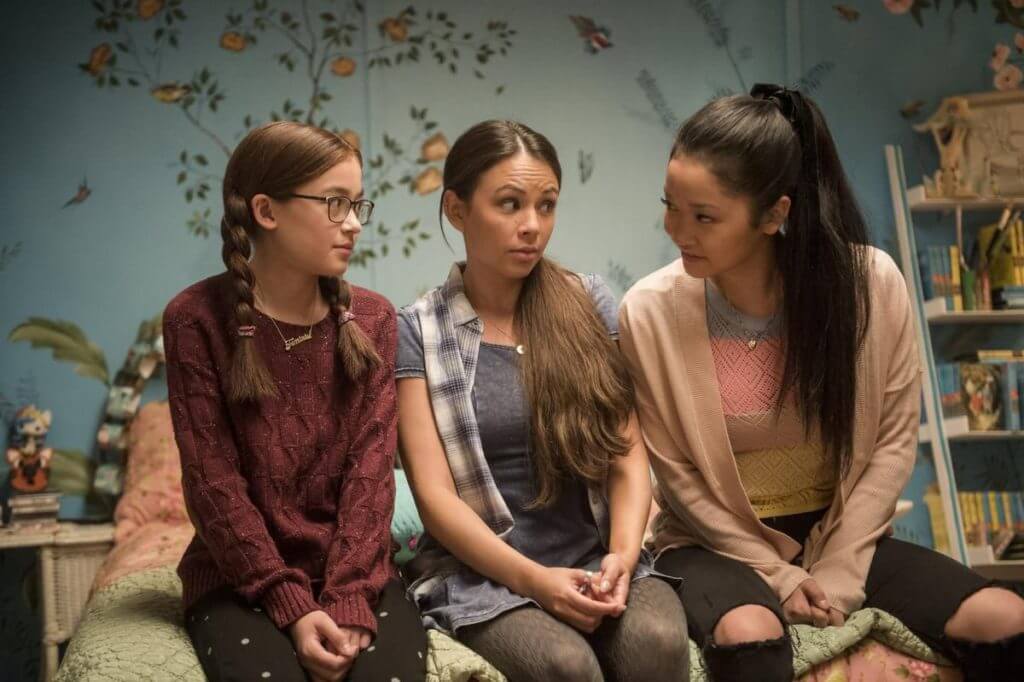 The way Lara Jean’s character is explored is clever. She’s an awkward teenager who really doesn’t have many friends at school. That all changes once she begins pretending to date Peter. Being that Peter is an athlete, he’s surrounded by people all the time. A lot of his friends slowly become her friends, and we see Lara Jean try to handle that change. There’s even a scene where one of Peter’s friends comes up to Lara Jean telling her about a nickname he’s been thinking about for her. She looks so caught off guard by it, but the nickname sticks for the rest of the movie.

To All The Boys I’ve Loved Before is a lot funnier than I ever thought it would be. The comedy all plays off of Lara Jean’s socially awkward demeanor. It works so well because she’s surrounded by people who are so different from her and are pushing her character in many different directions emotionally.

I just wish the ending was executed better. To All the Boys I’ve Loved Before flows well until the moment where Lara Jean has to confront all of the problems she’s been avoiding the entire movie. The pacing for all of this is completely off; everything gets thrown at Lara Jean in succession, just for all of it to be solved a couple of scenes later. The screenplay takes a nosedive here as well. Instead of the organic, more realistic approach the movie took to this point, they use a cliché situation to stir up drama.

Overall, I enjoyed To All The Boys I’ve Loved Before. This is a charming story about a teenage girl who doesn’t have it all together, but does her best to figure it out. There are some genuinely sweet moments between the characters, and it is a lot funnier than I expected it to be. There’s nothing overly complex about the plot either, which works in its favor. I wish that they could’ve stuck the landing and ended the movie a bit better, but it didn’t detract too much from my overall enjoyment of the film. If you’re a fan of these type of movies and want something easy to watch, I absolutely recommend giving this one a try.

To All The Boys I've Loved Before

To All The Boys I've Loved Before is a charming romantic comedy that balances both funny and emotional moments. The story follows a very familiar formula, but still manages to feel fresh.