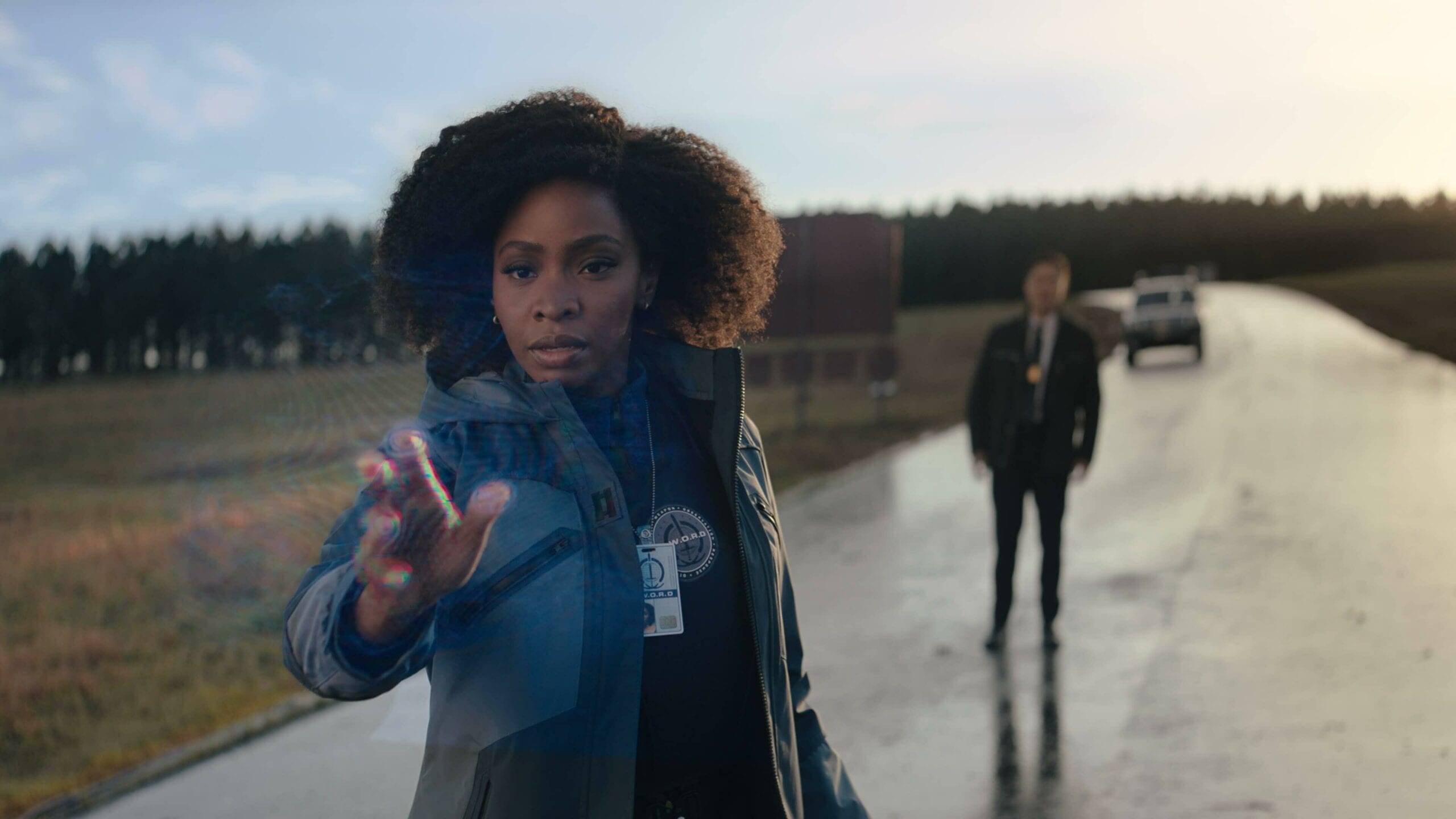 With “We Interrupt This Program,” WandaVision shows most of its cards, revealing much about why Scarlet Witch and Vision are trapped in a sitcom world, who the supporting characters in each episode are, and what the government is doing monitoring Westview. Some things strain credulity a bit, particularly in relation to the wider Marvel Cinematic Universe, and the episode boils down to one big info dump, but they manage to keep it entertaining and funny, even if Wanda and Vision aren’t around much this week.

“We Interrupt This Program” opens with a phenomenal scene that introduces a grown-up Monica Rambeau, the woman who’d been going by “Geraldine” in the sitcom world. Monica was one of the trillions across the universe who turned to dust when Thor didn’t go for the head in Infinity War, and we catch up with her just as she’s returning after Hulk undid Thanos’ Snap. She awakens in a hospital, and she walks out of her room to find complete pandemonium. People who’d vanished along with her are suddenly materializing, and the doctors and nurses can’t keep up with the sudden influx of patients. This is the first time Marvel has shown us the Snap being undone through the eyes of people who aren’t superheroes, and the execution is perfect. It would be chaos and confusion, joy mixed with fear for the survivors, while those who return from oblivion have no idea anything is wrong. But Monica finds that, while so many had disappeared, life went on without them, and the world hasn’t necessarily changed for the better.

Monica’s mother, Maria Rambeau, has died of cancer in the five years since the Snap (I’m not calling it “the Blip,” and I’m not sure why that’s the best Marvel could come up with), a cancer Monica disappeared thinking she’d beaten. Luckily for both Monica and the show’s plot, before she died, Monica created SWORD – or, at least, its precursor – the government agency that’s been hinted at in previous episodes. Frankly, the way SWORD is presented is pretty dumb and doesn’t gel with the MCU’s past. So this massive agency has been in existence all this time, has been known by the FBI, and no one has ever mentioned it? That gigantic alien invasion in The Avengers didn’t elicit a word about these guys? SWORD doesn’t even seem to remember it happened; the acting director (presumably until they can find someone to play Abigail Brand) tells Monica that the world changed since the Snap, and now they know some aliens are bad. Yeah? An army of them destroying Manhattan didn’t clue you in to that? Or how about the Norse god fighting the giant robot in a small Midwestern town – the incident that got Nick Fury thinking that maybe Earth should have some weapons big enough to fight otherworldly threats? The events of Captain Marvel, which, presumably, led to the creation of SWORD, should have worried them too, but that movie screws up the continuity already, so it’s almost forgivable if they ignore it. Whatever your opinion of the MCU, it used to go to great lengths to maintain a working continuity, but now they keep trying to shoehorn in new things instead of building them up, and more cracks show every time.

Okay, rant over (I bitch because I care); back to the episode, which is really good. Aside from Monica Rambeau, “We Interrupt This Program” also confirms some other familiar faces who’ve been in the background all along. The voice on the radio reaching out to Wanda was that of FBI Agent Jimmy Woo of Ant-Man and the Wasp. Jimmy is a great character, an affable everyman who always seems to find himself enacting the whims of the government. Randall Park is hilarious in the role again, and he strikes the right note with the humor, keeping Jimmy from seeming stupid while dispensing his doofy lines. And the woman who was watching the sitcom and making notes at the end of the first episode was Darcy, Jane Foster’s former intern. I know a lot of fans don’t care for the character, but I always liked Darcy, and Kat Dennings balances ironic detachment and genuine wonder at the comic booky things around her well. Darcy has also grown since Thor: The Dark World; she’s now an astrophysicist herself, not needing Jane or Dr. Selvig to explain the intricacies of science and technology to her anymore. Jimmy and Darcy make a great team, and they work as our eyes into SWORD and its world because, while they’re being recruited into it, they’re still outsiders, and they retain their personalities through their consignments. And they’re funny. 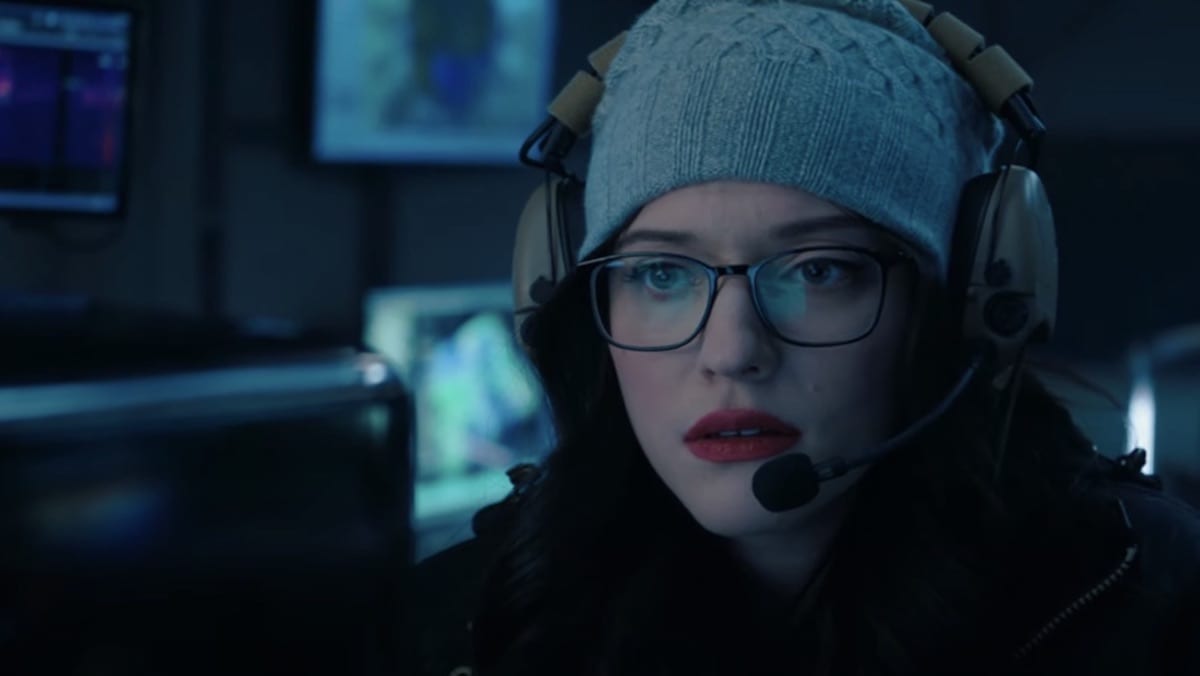 It’s Darcy and Jimmy who figure out the important revelations of “We Interrupt This Program.” The biggie, the one the episode saves for last, is that Wanda is the one who created the sitcom world. This is something I think we all assumed going in, but some of us – like me, for example – figured was not the case after the first episode. She’s essentially walled off a town and built her own world, and anyone who breaches the mystical perimeter becomes a part of the sitcoms. Most of the supporting players are just random folks who were accidentally sucked into Wanda’s world. This raises an interesting question: is Wanda aware of this? If she built this pocket universe for herself, it would follow that she knows these people are innocent and, essentially, her prisoners. If that’s the case, isn’t Wanda the villain? Has her grief so overcome her that she doesn’t care who she hurts? This isn’t necessarily the case, of course; it’s possible she doesn’t know what she’s doing to them, and she’s more reckless than cruel. She refers to Monica as “a stranger and an outsider” after Monica mentions Quicksilver and Ultron, and once she knows Monica doesn’t belong, blasts her back to the real world. Maybe she thinks everyone else she meets is a figment of her imagination rather than a victim of her unchecked magic.

“We Interrupt This Program” leaves a few threads dangling, though, so it’s premature to assume what Wanda’s intentions with these people are. First, there are some characters still not identified, particularly Agnes and Dottie. Are they there for a reason? Could someone have knowingly infiltrated the sitcom world the way Monica did? Kathryn Hahn is kind of having a moment right now, especially on HBO; it’s a little hard to believe she signed on just to play the wacky neighbor. There are also the commercials. Nobody talks about them, but they show up on Darcy’s screen while nobody’s looking, indicating that they’re important. And the sitcom setting in itself is not explained, though it is discussed as being significant. That makes sense; there must be a reason Wanda chose that, outside of the potential for hilarity and satire. 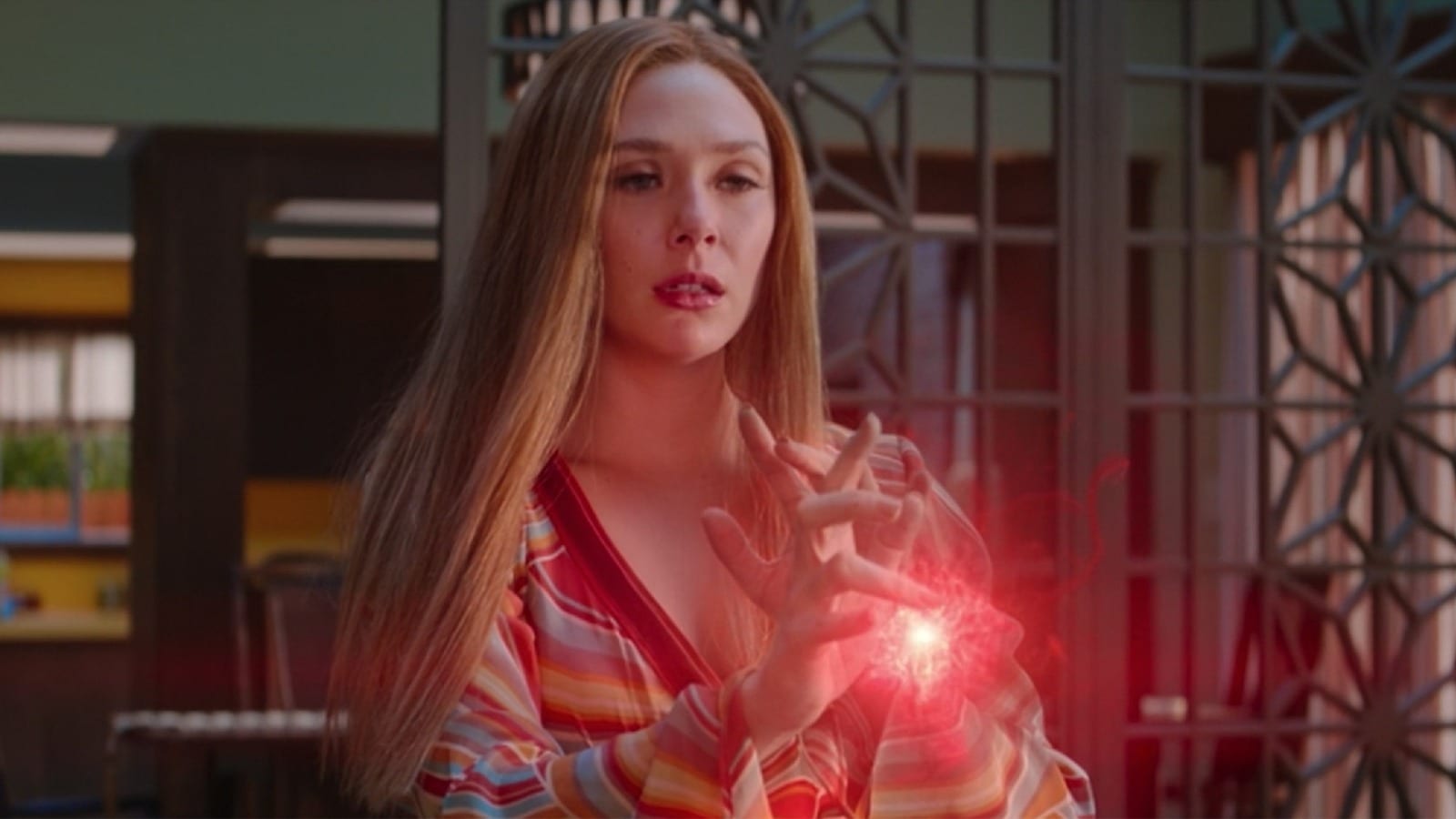 That setting, or the absence thereof, is also one of the shortcomings of “We Interrupt This Program.” As much as this might have been a necessary respite, it loses the cleverness of those satirical episodes. There’s no real commentary on television history (outside of a throwaway line from Darcy about Wanda washing dishes in every episode), so one of the more interesting aspects of WandaVision is missing this week. I enjoyed the subtle jabs at the ways in which the television landscape evolved over the decades, and while that obviously had to lessen as the show went on and the real story kicked in, it’s a little jarring to have it disappear completely in one week. And while Wanda and Vision are the focus of “We Interrupt This Program,” they’re not in it very much, and with them off-screen, it feels more like a primer on what we’ve missed than a fun episode in itself.

Despite my laundry list of complaints, “We Interrupt This Program” is a fascinating episode, revealing much while leaving just enough secret to maintain the mystery, and Darcy and Jimmy Woo keep the tone light and fun amidst the government shenanigans. But the missing main characters and the jump to the real world sacrifice what sets WandaVision apart from other Marvel stories.