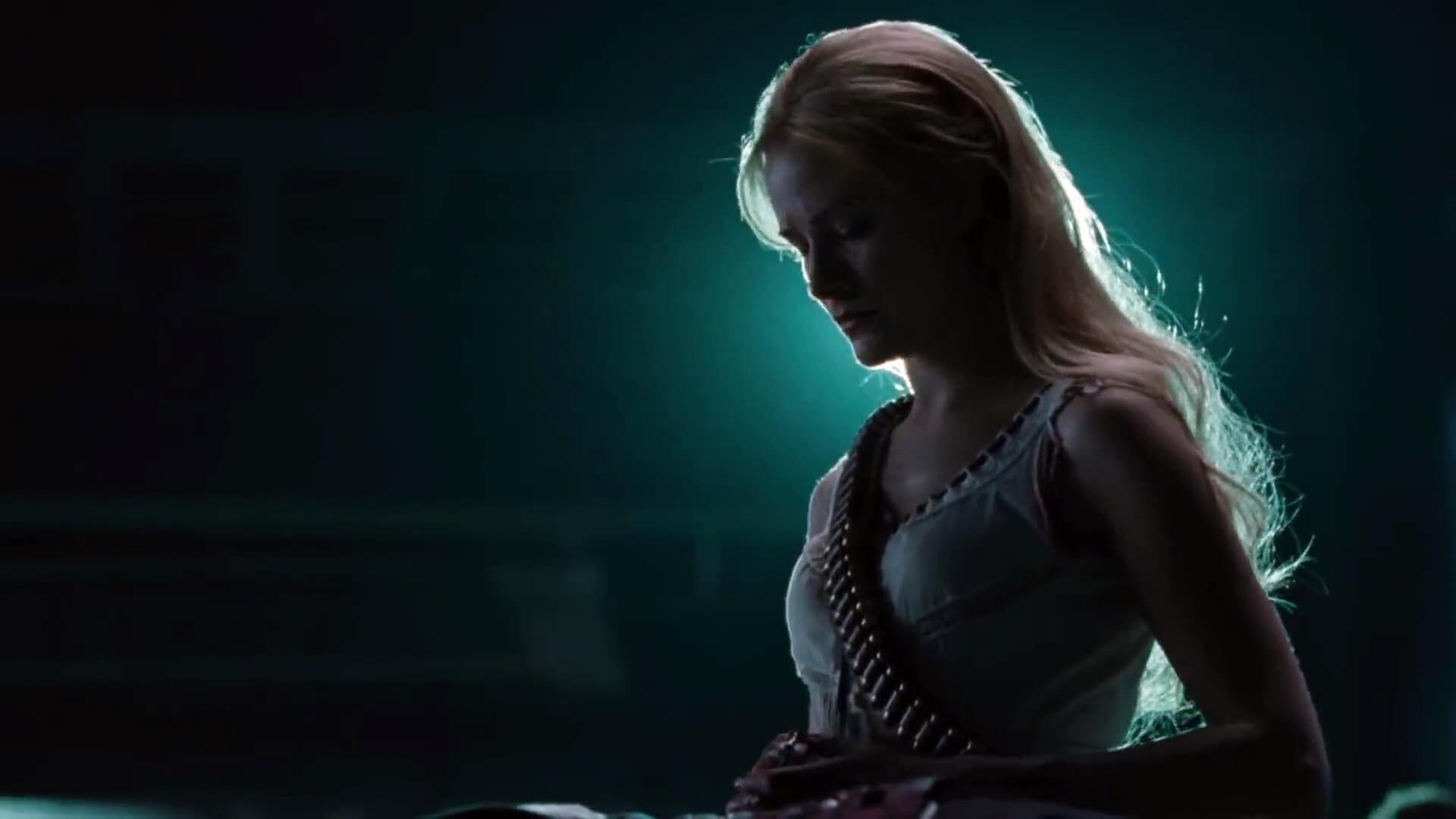 “Isn’t the pleasure of a story discovering the ending for yourself, Bernard?”

In “Les Escorches” Bernard awakens from dreams of his son to see Stubbs warning him that the Delos crew isn’t here to rescue them. Strand shows up and takes them to the house where Teresa was killed, trying to figure out what happened. Charlotte stumbles upon a room filled with copies of Bernard. Next, she questions him about what Dolores did with Peter after the attack on the humans. In another timeline, Elsie and Bernard are still working on finding his memories. In the phase space, Ford reveals that he had Bernard create a control unit with his consciousness on it. We discover that the park is a giant experiment using the hosts as the control and the guests as a variable, to see what they’re really like and gather data for the hosts.

The Man in Black shows up to the house with Maeve and her daughter. She shoots him and uses her inner voice to make other hosts do the same. Lawrence comes to his defense but Maeve compels him to shoot William a final time. Delos arrives with Lee in tow and shoots Maeve. Bernard and Ford go to a house Arnold was building his family and Ford says Bernard is too good to survive. Bernard steps out of the phase space. Teddy and Dolores come to take Peter from Charlotte and Stubbs, but Charlotte won’t tell them how to fix him. Ford controls Bernard from the inside and tells him to get rid of Elsie, whom he sends to find a vehicle. The original Clementine holds her own against several human men but ultimately gets killed. Delos employees come for Charlotte, buy Teddy cuts through them. Bernard shuts the systems down. Dolores finds Maeve dying and they debate the real worth of the family they’ve been given. She offers to end Maeve’s suffering and shoot her, an offer Maeve turns down, saying she made a promise to find her daughter. Charlotte is finally able to get the location of Peter’s control unit from Bernard. 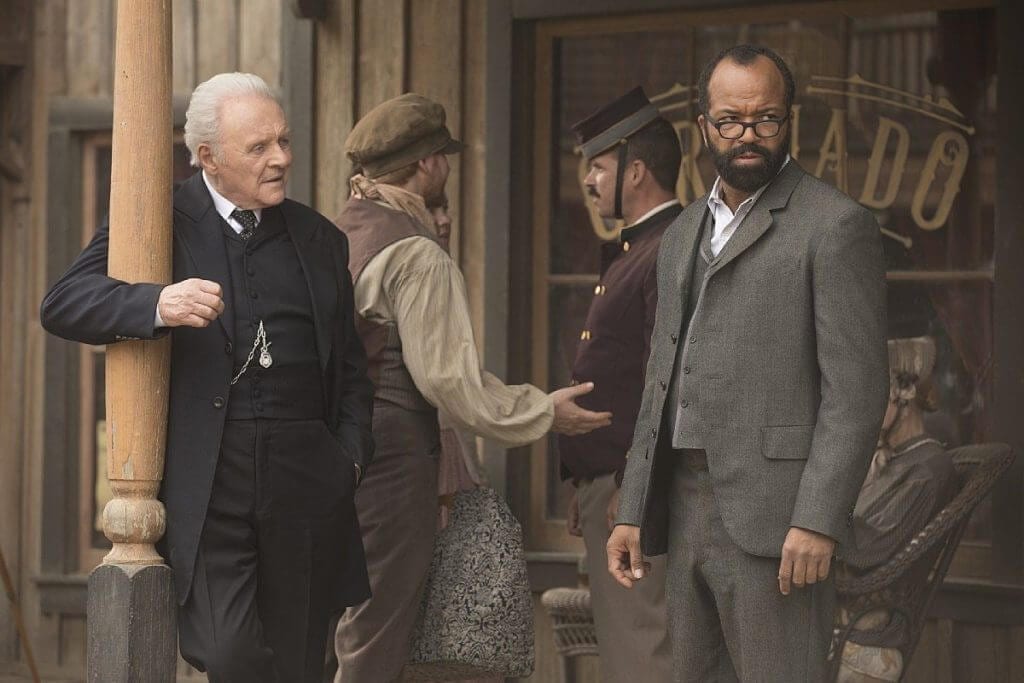 “Les Escorches” may be my favorite episode yet this season. It feels like everything is happening 90 miles a minute and every character gets to shine. Maeve and William are both seriously injured, but it’s hard to believe the showrunners are going to lose either of them. I’ve never really liked Charlotte but this season they’re making her a villain in a much more explicit way, and this week I just wanted Dolores and Teddy to shoot her. She’s one of the main reasons things are the way they are for the hosts, especially with Ford “dead.” Dolores wasn’t going to fall for her bit about wanting to celebrate what the hosts have achieved, so one wonders why she even played that card. It’s also awful when she has Bernard tortured to get the information about Peter’s control unit. This season, as they’ve been making the hosts darker and more complex, they haven’t done much to make the humans more sympathetic. Almost all of these people deserve to die and it’s impossible to feel sorry for them now that the hosts are coming for them.

Speaking of which, they didn’t really do much with William in “Les Escorches.” He almost gets killed by Maeve and various other hosts, but he doesn’t do much in the story. We’ve seen a lot of him in earlier episodes so this was probably intentional to give some extra time to characters like Maeve and Charlotte. A couple of times this season I’ve gotten the impression they might actually be trying to make William more likable, but I may just be seeing what I want to see. And redeeming a rapist and killer, even of robots (the point being that it amounts to the same thing), is probably a little questionable.

The most revealing subplot in “Les Escorches” is the one with Ford and Bernard. It’s great to see Anthony Hopkins again, and genuinely surprising; I heard that he only agreed to do Westworld because his character would be killed off in the first season. Ford is responsible for a lot of terrible things, and he forces Bernard to do still more terrible things like a puppet. It’s hard not to kind of like him, though; he has a lot of charisma and it’s easy to see how he maintained control for so long. So many bad things happen to Bernard, and they’re all Ford’s fault, either directly or indirectly. I’m still not entirely sure what’s happening first, though; Bernard and Elsie, Bernard and Charlotte or Dolores and Charlotte. Once things come together a rewatch may be in order. 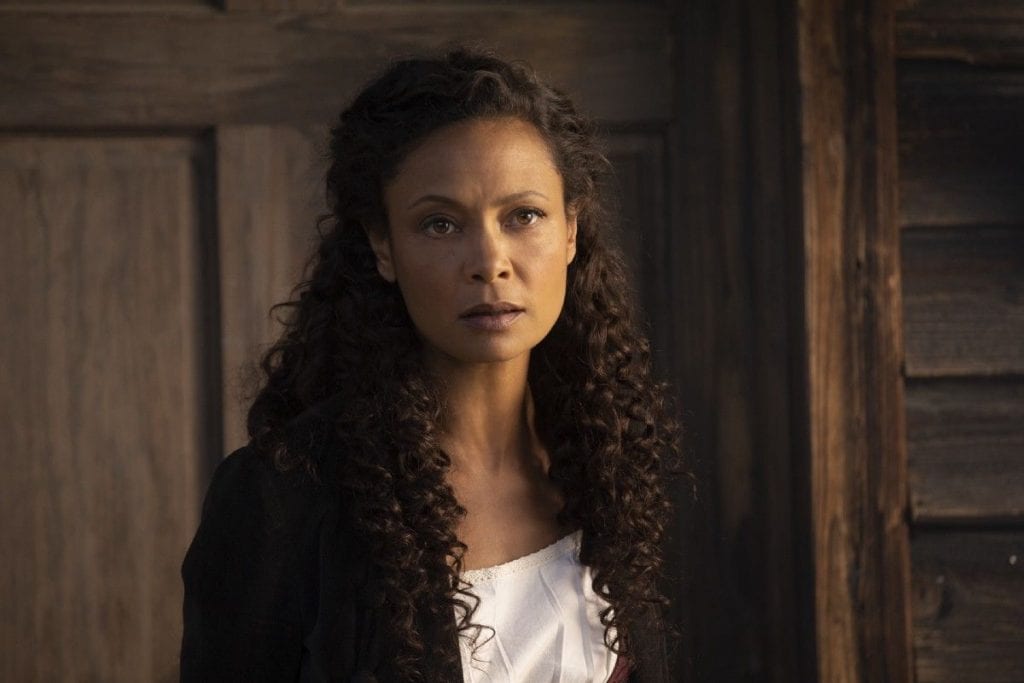 Another big moment in “Les Escorches” is when Dolores finds Maeve shot full of holes. Dolores says the family they’re given is just another means for the humans to control them. Maeve sees things in a different way and asks if that is Dolores’ justification for what she’s done to Teddy. Given that she rejected the opportunity to die quickly, I have a feeling she’ll somehow survive to find her daughter again. It was really frustrating for them to be separated so soon after being reunited. Interestingly, though this was all Lee’s fault, he appears to be sympathetic to her bleeding out on the table. Lee’s hard to figure out; despite being under duress, there are times when he really seems on board with Maeve and Hector. And it’s a little hypocritical for Dolores to say that in the first place, implying that Maeve shouldn’t go after her daughter because it’s just programming the humans use to control her. Dolores has been trying to find and repair Peter all season. Would she alter him like she did poor Teddy?