Home  /  Entertainment  /  Comics  /  Why is the Comics Direct Market so Important Anyway?

Why is the Comics Direct Market so Important Anyway? 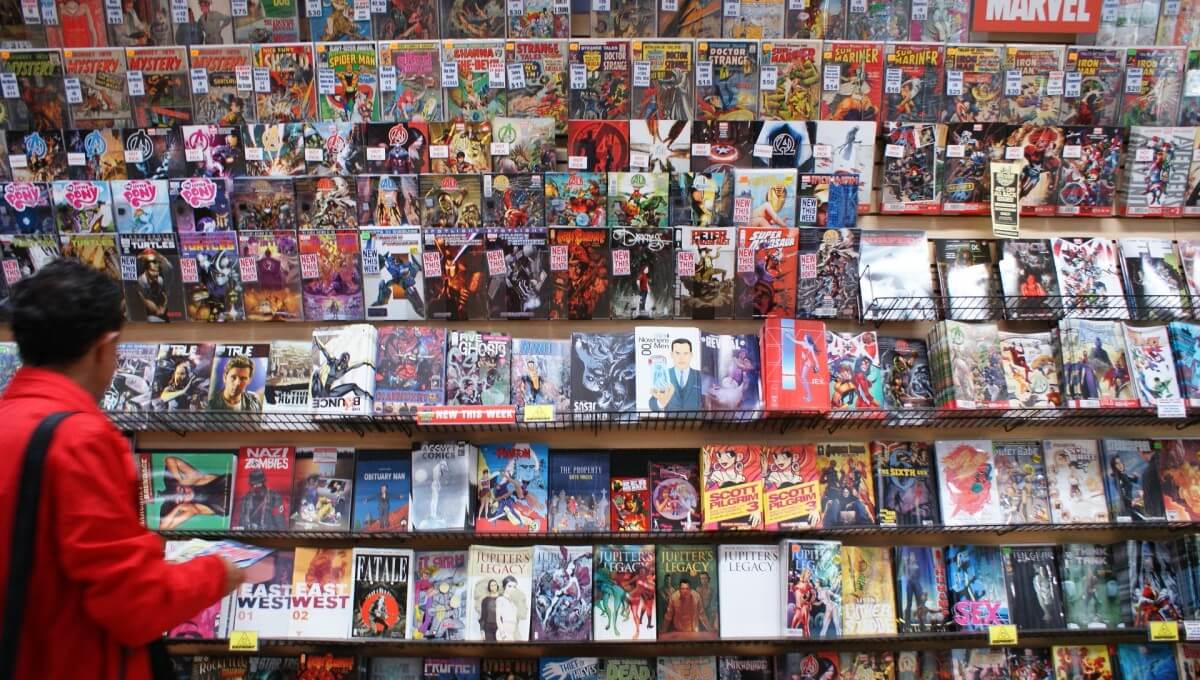 For almost a century, North American comic books have been released through business models which have – historically – made the entire medium be regarded by the general consensus as “cheap, disposable entertainment.” Even in modern times, the current direct market model, distributed internationally through Diamond, can look outdated to many, especially considering it’s a system still employed today by transnational corporations like AT&T and Disney. For those who are not versed in the comic book world, from Wikipedia:

This is the model implemented after new comic books stopped being sold to non-targeted customers through racks in magazine kiosks, convenience stores, drugstores, etc. and they became a product designed & marketed to the hardcore audience who’ve flocked to the specialized stores since the ‘80s and the ‘90s.

The comic book medium allows for the development of large mythopoeias in a very creative and long-lasting way, so much so that it’s commonplace today to speak about superhero pantheons from the Big Two companies as modern pop culture´s “gods.” Comics were even used by George Lucas himself as the first line of promotion for his Star Wars project through a line of Marvel Comics (initially proposed in 1975 to Stan Lee, but it didn’t materialize until April of 1977, when writer/editor Roy Thomas became a proxy for the second negotiation in 1976). 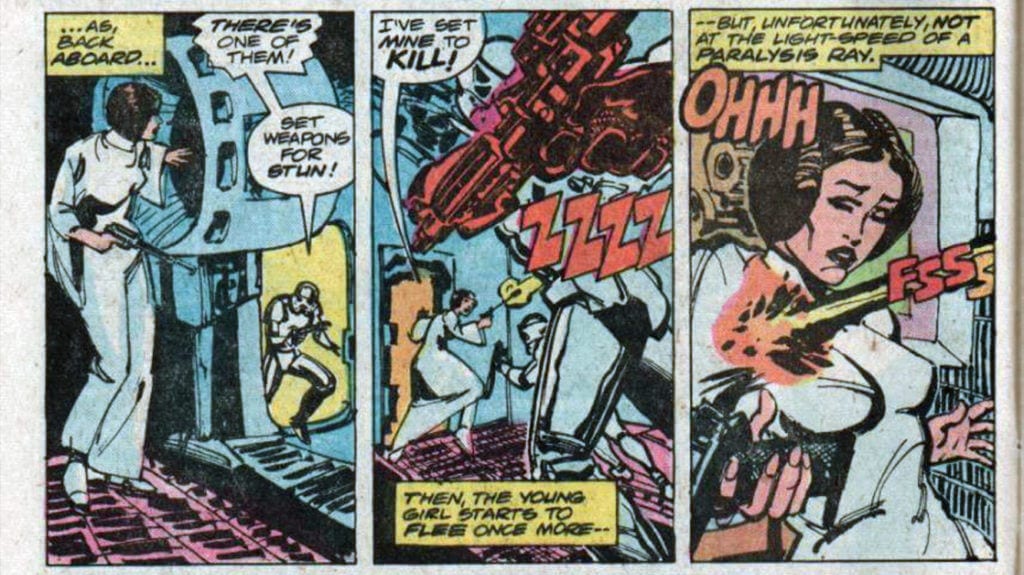 How to comics? Well, a company – its editorial staff – or an author invests in an idea, putting together a creative team to produce a periodical 20-page book which is distributed to comic book stores around the globe for the fans who visit them every single Wednesday. Easy enough – well, it seems like that on the surface, but the lifespan of the story within those pages just begins with that initial book, especially successful ones. Breaking the royalties cap is always in the best interest of the creative teams, and the only real way to do it is to tell a good story that anyone can appreciate.

With modern technology, the first derivative market of the direct one is the digital comics market. Since most comics are edited digitally anyway, putting them out on the same Wednesday through the comic book publisher sites or outlets like Comixology is simple. Other than the servers costs and the royalties for the creators (which is still a somewhat nebulous topic), digital presents no major costs for the companies, plus it can mean cheaper books accessible worldwide. I think that’s a great way to read comics, and modern coloring is at its best on screens, but even with the visible advantages, the direct comic book market is still notably stronger. 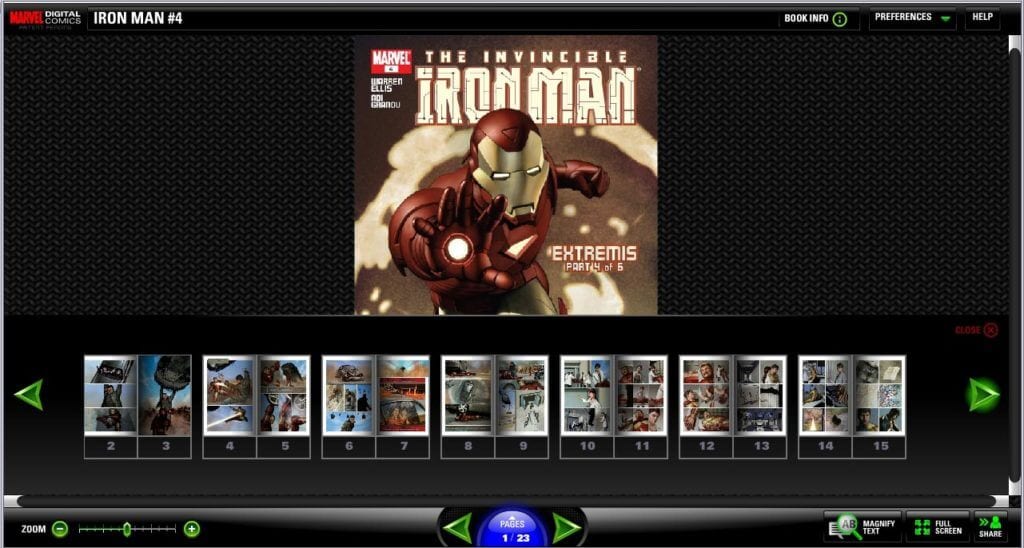 When an arc or an anthology is finished, the next step is to compile them into trade paperbacks (not “graphic novels,” which are a different art form). These books are sold by various other distributors at the bookstore market, Hatchette Book Group being the largest distribution entity in North America. They put these types of comics in large retail chains such as Amazon. It’s hard to tell how this impacts the earnings numbers for the companies. On the one hand, “evergreen” books like Batman: The Dark Knight Returns or X-Men: Days of Future Past have sold millions of reprinted trades for decades in this form.

On the other hand, contrary to what some professional creators tweeted earlier this year, programs like Scholastic buy these compilations in bulk quantities at discount prices. Nowadays, the kids’ lines are extremely low-selling. Evidence of this is how Disney sold the license rights of the children’s line to IDW Publishing – a company which has reported extreme money losses in the last couple of years, indicating it couldn’t have been expensive to license.

Translating comic books for publication around the globe has been common since the Golden Age of American Comics (the period around World War II when comic book sales and reading was at its peak), thanks in part to newspaper syndication (this was, basically, the Internet back then). Companies have made a lot of money through international licensing because all they have to do is send the files to the international companies licensing their IPs, and pay out applicable royalties. This is the closest these publishers can get to free money.

On top of that, successful comic book stories & characters often get adapted into movies, TV shows, and video games, and their images are plastered on almost everything you can think of. Nowadays, even author comic books like The Walking Dead or Spawn have made it to the mainstream with all sorts of merch and licensing on an international level. 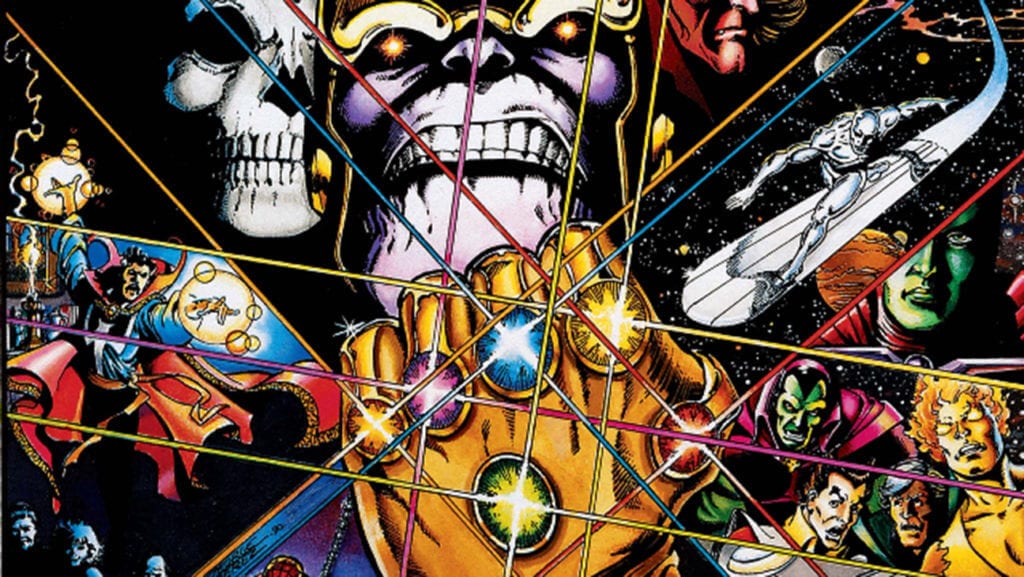 But there’s always a but…

Everything so far sounds pretty cool, correct? It’s impressive the kind of power great ideas wield, even when they are completely fictional. But, sadly, the comic book industry itself seems to be tired of putting out great stories through this model even when they don’t really have an alternative to fall into regarding producing comics from scratch. They are letting the direct market die the death of a 1000 cuts by not listening to the customers who have made possible all of the aforementioned successes with our weekly visits to our local comic book stores to spend our hard-earned money – which I strongly suggest you do, even if it’s only by hunting for back issues in the bargain bins. You never know; you might be in for a real bargain, whether you keep it or flip it!

Or maybe it’s time to look for alternatives. There are other models in place, like how European comic book albums work – with an artisanal approach, where the customers pay for the ideas and the craftwork within their pages, not for a page count. This is something people looking for the best stories could get behind, since it’s a good incentive for the creators to focus on delivering the best stories they can. Comic book stores can always accommodate these kinds of books, like the popular French/Spanish album Blacksad, licensed for North America by Dark Horse Comics.

Hopefully, there is still time to turn around the grim situation the medium which has given generations countless hours of entertainment has insisted upon lately.