Munir: Hello and welcome to our coverage of the Pixar and Walt Disney Animation Studios panel that happened today at D23. Disney Studios unveiled many upcoming films from all its subsidiaries. We learn more about Star Wars: The Rise of Skywalker and Marvel Studios officially announced Black Panther 2 and gave it a May 6th, 2022 release date. The live-action division also announced and detailed some films (Jungle Cruise, Cruella, Maleficent 2), but this article will delve in-depth with what transpired in both animation divisions. There were few surprises, since we already knew about the films that were announced, but some cast and crew details, plus beautiful concept art, made everything exciting. What were your general thoughts about the Pixar and WDAS panels, Virginia?

Virginia: I wish I could have gone to the D23 convention in person, but the news is always exciting to hear, even second-hand. While I’m wary of Lucasfilm and mixed on the live-action Disney Studio, I’m pretty much always excited for new information from Disney Animation and Pixar. I think we’ve got a lot to look forward to.

M: I’m excited for Star Wars but wary of the live-action releases. Some sound good (Jungle Cruise), but others I have no desire to see (Maleficent 2). I agree with you about Pixar and WDAS; their announcements are always the highlight of the D23 convention. So, let’s delve right into them, shall we? 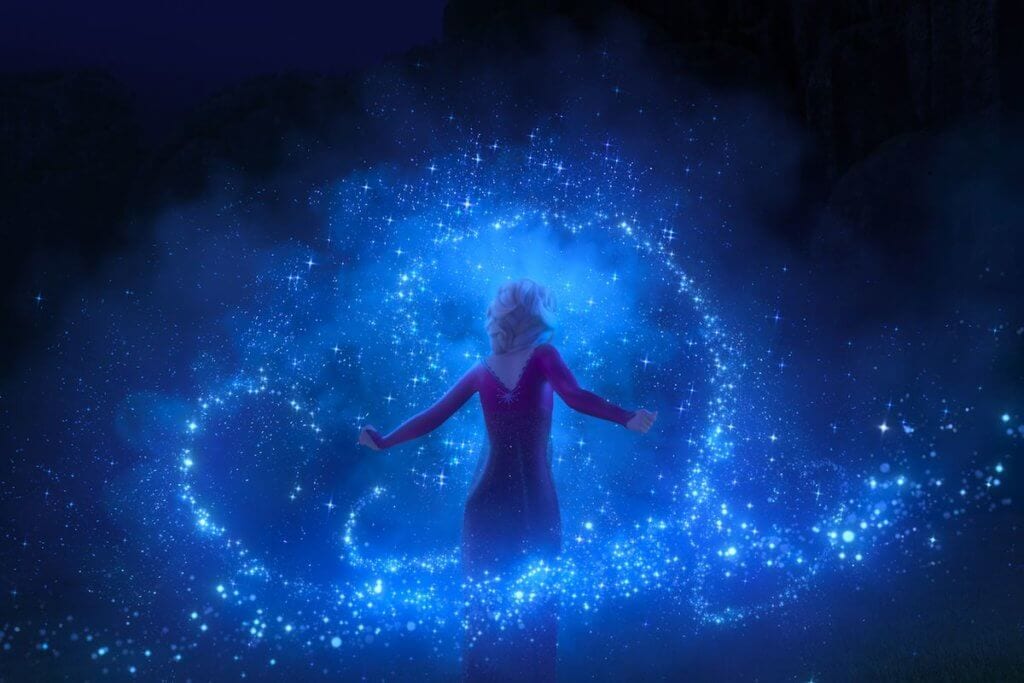 M: To close out this decade, WDAS is releasing a sequel to its most successful film. Not much was revealed at the D23 convention, but the marketing campaign for this film has been fantastic so far. From gorgeous posters to amazing trailers, Disney knows what they are doing with this film. Today, we learned some more details. The central question of the film will be, “Why does Elsa have powers?” and apparently we will go to the past and see Elsa and Anna’s parents. Wood is voicing Queen Iduna, their mother, and Brown is voicing a new character called Lieutenant Matthias. They showed some clips of the film and also a new Elsa song called “Into the Unknown,” which, apparently, is going to be the next “Let It Go.” I liked the first Frozen, but I never thought it was the greatest animated film of all time like the hype surrounding it might’ve led you to believe. In contrast, I’m very excited about this film, and I think it’s going to improve over its predecessor and deliver a great experience. What do you think of this film?

V: I loved Frozen when I first saw it on Christmas Eve of 2013, but my opinion on it has subsequently changed drastically. I think it’s overall OK, a film comprised of some outstanding elements and plenty of bad ones. I agree with you, however, that the sequel looks incredible. I can’t believe how excited I am for it, and I love that they’ll be exploring the past behind the two sisters’ family. I love Evan Rachel Wood and am excited for her to voice a Disney character.

M: I agree entirely. I also like that they are giving the mother a more important role because Disney animated films tend to favor the father figure (something that we saw in the first Frozen, as a matter of fact). The animation in this film looks absolutely stunning, and I like how the world is going to open beyond Arendelle. What do you think of Matthias? Do you think he’s an ally or another Hans in disguise? I sure hope not the latter.

V: You’re right about that. I can only think of a couple of Disney animated films that gave the protagonist’s mother a significant role. I also agree that the visuals they’ve been presenting are mind-blowing, and it’s good we’ll be venturing farther from the Kingdom this time. I’m not sure what to expect of Matthias, but I’m pretty tired of the secret villain plot twists in Disney films. Wreck-It Ralph was the last film to utilize this trope well.

M: Agreed. It concerns me a little because there hasn’t been any announcement about the film’s villain, and the only new character so far is Matthias. I really miss the over-the-top villains that we had until Tangled, and I hope they make a comeback. This film would be perfect for that, but we’ll have to wait and see. Also, we don’t know what role Alan Tudyk is going to have. I doubt he’s going to reprise his role as the Duke of Weselton and, just like they did with Ralph Breaks the Internet, he will have a new role in this film.

V: I would have to agree there as well. The Duke’s ending in Frozen seemed pretty final, and I somehow doubt he’s a character anyone misses. I hope we get a real, classic Disney villain with a dramatic song and appearance again soon. People seem to like Dr. Facilier and Mother Gothel for the most part, and those films turned a profit, so I’m not sure why Disney has abandoned this approach. Again, I love King Candy, for example, so I’m not saying every villain has to be a certain way. But the plot twists have grown monotonous, predictable and boring.

M: I have to say that I’ve been excited about this project from the start. The premise, which revolves around two brothers who want to bring their father back from the death – all against a fantasy suburban background – has all the signs of another Pixar winner. They’re master world-builders, and I can’t wait to see how they pull this film off. The cast is also excellent, and I’m glad to see Julia Louis-Dreyfus return to Pixar after her role as Princess Atta in A Bug’s Life. The trailer that was released a few months ago looks very promising, and judging by the reactions to the new footage that was shown at the D23 convention, I think this is going to be a very entertaining ride. What do you think of it?

V: I, admittedly, wasn’t blown away by the first trailer for Onward. I didn’t think it was terrible, just unfunny and standard. Basically, it didn’t provoke any strong emotional response from me, and that disappointed me. Even though it’s a big Hollywood studio making some of the most popular films ever, Pixar has always felt very personal to me, and even their teasers usually create strong feelings. That being said, I definitely want to see Onward when it comes out, and the cast is strong.

M: I understand that, but trailers are often misleading and do not reflect the final product. I’m confident that this film is going to be good. I’m not crazy about Scanlon’s directorial debut, Monsters University, but I don’t think it’s a bad film by any means. I think this one will fare better because it is a deeply personal story for him, since he also lost his father at a young age. And like I said, Pixar is known for their world-building, and I’m excited to see how this story develops in that peculiar world. I’m also glad that, after a sequel-heavy decade, Pixar is going back to original films for the foreseeable future.

V: I haven’t really trusted trailers since 2010’s Tangled. That film had awful trailers, but of course, it ended up being one of my favorites. I didn’t care much for Monsters University, but it was an unnecessary prequel, so I don’t fault the director for that. I will also say that Onward’s animation is stunning, and I agree with you about Pixar returning to original ideas.

M: Soul is the second original film that Pixar is releasing next year, and it looks absolutely amazing. Directed by Pete Docter, it gave me Inside Out vibes, and I think this one is going to explore even more difficult subjects such as the soul and what makes us, us. The premise is amazing, and the concept art that they showed at the D23 expo looks beautiful. It’s also worth noting that this is going to be the first Pixar film with an African-American lead. What do you think of this film?

V: I’m definitely interested in Soul. Pete Docter is one Pixar director who has never once made a disappointing film, and I don’t expect Soul to be an exception. This is a wonderful concept for a movie, and it’s right in his wheelhouse. I will say that, while I think Jamie Foxx is a great actor, I’ve no strong feelings on Tina Fey, and I don’t know the other people. I’m excited, nonetheless.

M: I, on the other hand, love Tina Fey, so I’m glad she’s involved in this film. I agree with you that Pete Docter might be the most consistently good director at Pixar. And, since he’s its new chief creative officer, I doubt he will have time to direct more films after this one. But, even if this is his final film for a while, I believe he’s going out with a bang. I also like that the main character is a middle-aged man because most animated films tend to have kids or young adults as the leads and I think that by doing this, you can explore new facets of Joe (the name of the lead character). Docter is not new in dealing with older characters, since he did a great job with Up. I’m also excited about the prospect of Reznor and Ross scoring this film. I was certain that Michael Giacchino was going to do the music, but I can’t say I’m disappointed with the new choice, and I’m glad more composers are coming to the studio.

V: I think Pixar tends to be pretty bold in that regard. They also handled middle-aged characters in The Incredibles, of course. I think it’s a wise decision to mix up the music, rather than going with mainstays Giacchino or Randy Newman.

Raya and the Last Dragon 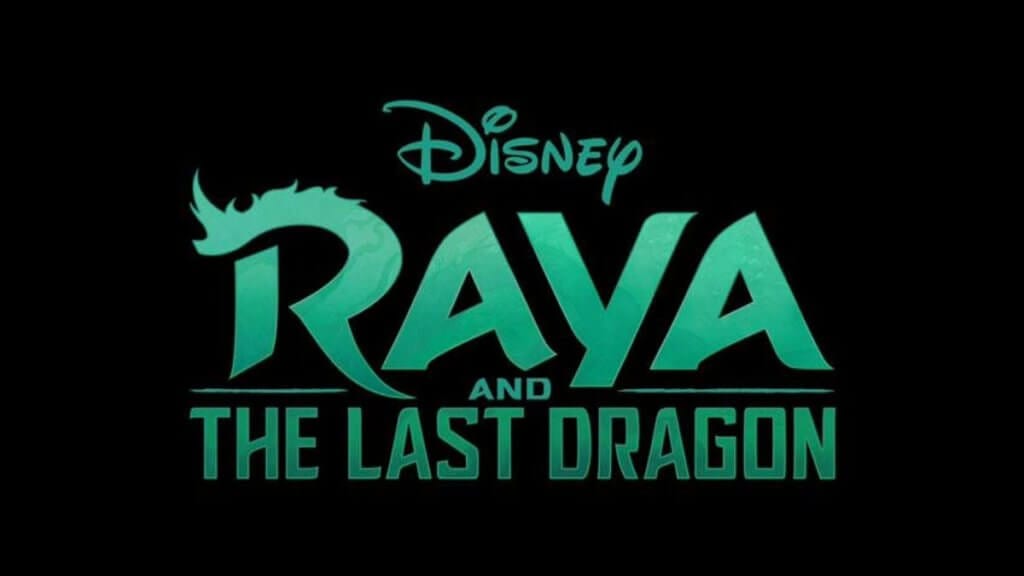 M: Originally titled Dragon Empire, this is the last animated film to be released next year, and it looks fantastic. Inspired by Southeast Asian culture, it looks like an epic journey, at which the folks at Disney Animation are experts. The concept art they showed is absolutely stunning, and it’s nice that the trend to tell diverse stories at the studio continues with this film. What do you think of it?

V: While I’m excited for all of these films to varying degrees, Raya and the Last Dragon is the most interesting to me. This is right up my alley, with the mystical elements and epic journey. Not to mention, it’s an original idea to boot! I don’t want to get over-excited this early, but it sounds terrific.

M: It does sound exciting! I’m not familiar with Cassie Steele, but I’m a big fan of Awkwafina, and I’m glad she’s involved in this film. I also like the title very much. It has an epic sound, and I’m glad it’s not one word like Frozen, Brave or Tangled. Early reports say that it won’t be a musical, but I hope that they pick a good composer because I’m imagining a grand score for this one.

V: Completely agreed. I’d love for this film to have an epic feel like The Lion King or Mulan, and doing it without traditional musical numbers could prove to be a bold move.

V: That would be totally awesome. I’d love to see him pair with the studio again, and I’m sure he’d do great work, as usual.

M: That’s it for our coverage of the animation expo at D23. I’m glad that both studios are beginning the next decade with original and bold films, and I can’t wait to close this decade by watching Frozen 2.

V: Thanks for reading! Make sure to check Geeks + Gamers for more Disney news and reviews. 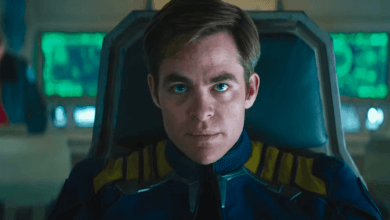 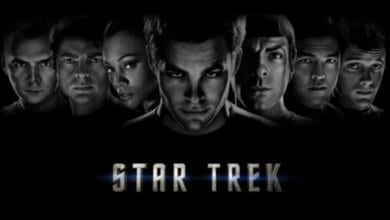 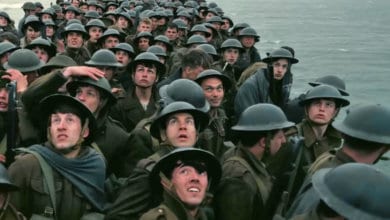 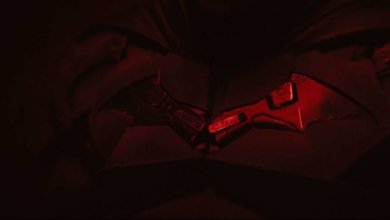