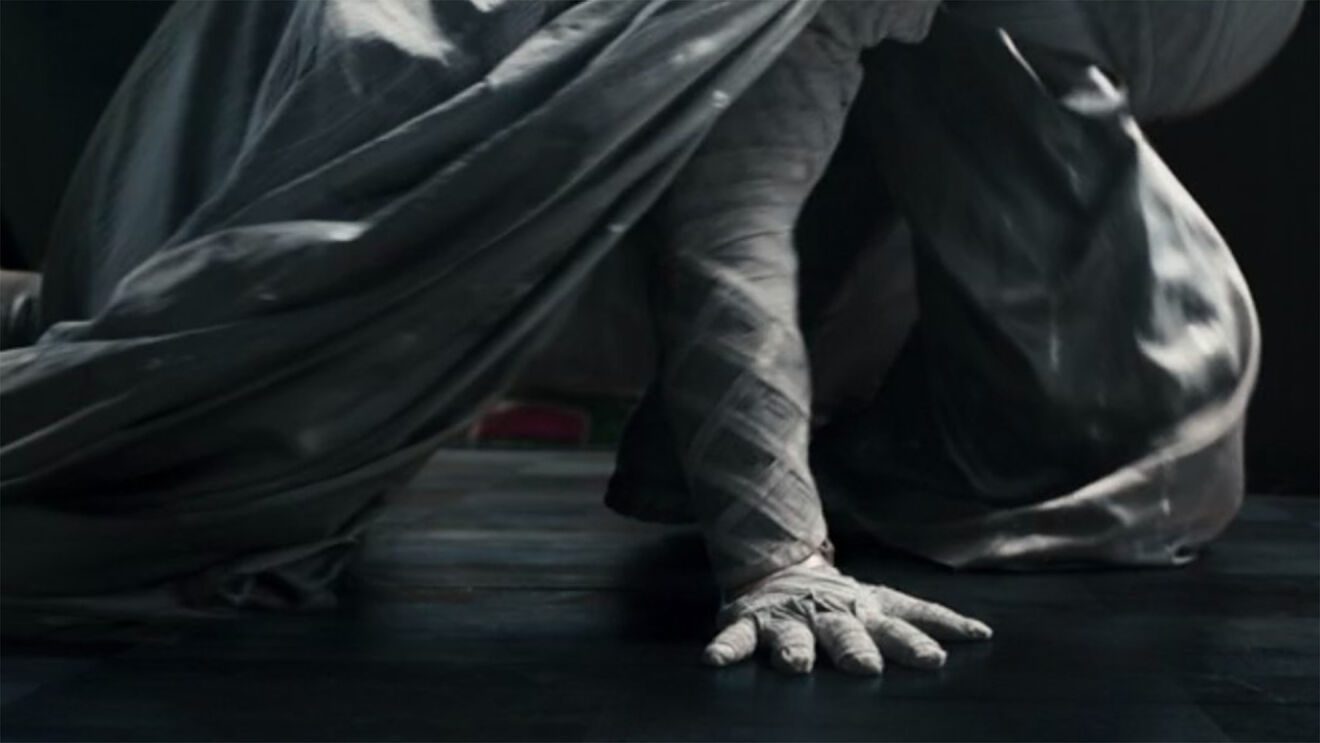 The moment a segment of hardcore comics fans have been demanding is here, as Disney has released the first Moon Knight trailer. Based on the Marvel superhero, Moon Knight follows Marc Spector, a mercenary who suffers from dissociative identity disorder – more commonly known as “multiple personality disorder” – as he unravels a mystery involving Egyptian gods and a mysterious cult leader. Presumably, some superhero stuff happens too. Oscar Isaac stars as Spector, with Ethan Hawke as Arthur Harrow, the villainous cult leader, as well as Gaspard Ulliel and May Calamawy. Jeremy Slater serves as the head writer and executive producer of Moon Knight, which is intended to be an ongoing series, unlike most of the other Marvel shows on Disney+. Moon Knight will premiere on March 30, 2022, for a six-episode season. Check out the Moon Knight trailer below:

Maybe it’s the quality of much of the recent MCU output (particularly on Disney+), maybe it’s my unfamiliarity with the character, or maybe superhero fatigue is finally catching up to me, but the Moon Knight trailer does nothing for me. It looks like the rest of the Disney+ shows look: like a low-rent Marvel movie. The few jokes didn’t work for me at all (how many sitcoms have used that “I lost my contact” gag?), that shot of Oscar Isaac falling out of the truck looks fake and silly – kind of like the Uncharted trailer – and there doesn’t seem to be any life in the performances. None of that means the show will be bad, of course. Maybe they’re using the least interesting moments and saving the good stuff for the premiere. While none of the footage in the Moon Knight trailer does much with it, I like the idea of a superhero with multiple personalities. Oscar Isaac and Ethan Hawke are excellent actors, so it’s easy to believe they’ve got a couple of engaging performances in store for us. And the costume looks cool, as does the shot of him beating up some monster in a dingy bathroom. Jeremy Slater, the head writer, also wrote the screenplay for 2015’s Fantastic Four, which isn’t exactly comforting – although he says the finished product bears little resemblance to his script. I’ll watch Moon Knight when it arrives, but I’m not on pins and needles or anything.

What did you think of the Moon Knight trailer? Are you a fan of the character? If yet another franchise vehicle turns out badly for him, will Oscar Isaac disappear into independent cinema for the sake of his sanity? (And will Ethan Hawke help him?) Let us know in the comments, and stay tuned to Geeks + Gamers for more TV news!

At least it won’t be another superhero origin movie that they love to do and deliberately screw it up.
This is a series that will still have the superhero origin but instead of ending after 2+ hrs. it will continue on in episodic.
How good it will be will depend on how well it is written.

Indeed. And on that front, I don’t know what to make of Jeremy Slater. He wrote the script for Fant4stic, but he also says that they changed it almost entirely and his version was closer to the comics.