"Spit or swallow, the choice is yours." 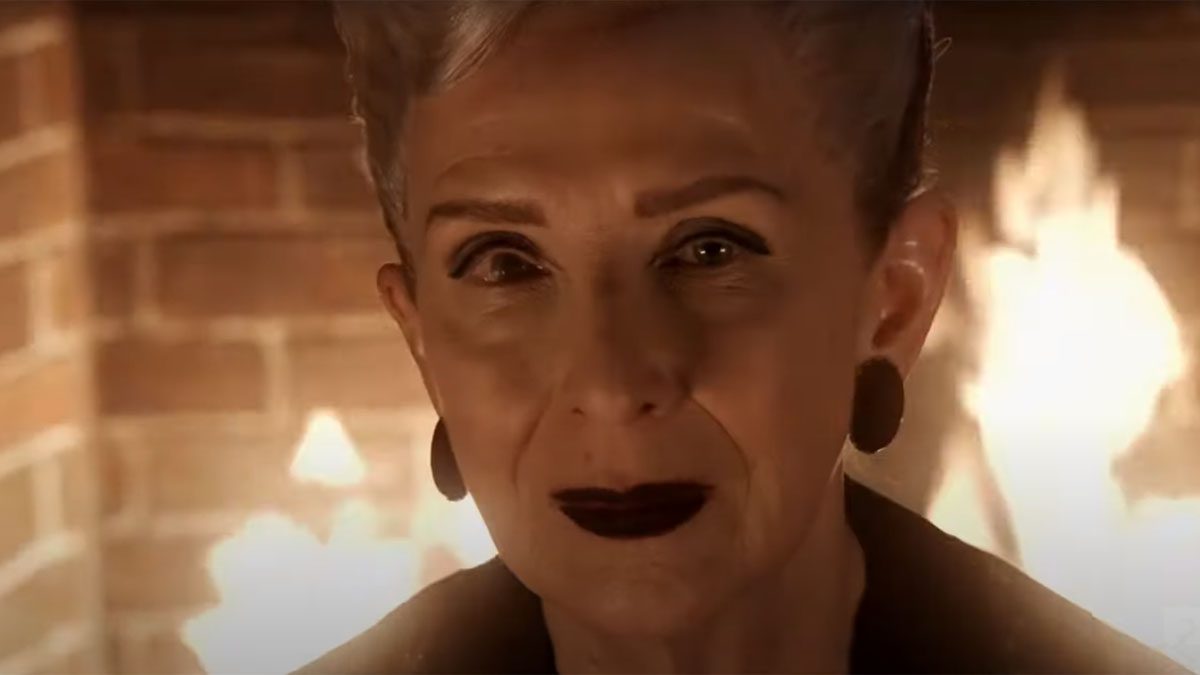 In “Winter Kills,” Harry decides that he and Alma need to get off the black pills. This angers the girl, who believes he only cares about his own excellence and not hers. He already has his scripts written, so they both have to stop. A police officer arrives to investigate the death of Chief Burleson and tells the city council she knows they’re hiding something. Holden warns Belle and Austin that they need to get rid of Harry immediately. To Harry’s shock and horror, Harry finds baby Eli’s bassinet empty. A note from Belle demands Harry and Alma come to her house, or she will kill the baby. Naturally, they oblige, but Ursula has an ace up her sleeve in the form of an army of pale people. Belle and Austin are ripped to shreds, and Ursula, Alma, and Eli survive. However, Alma turns on Harry, killing and draining him so she can continue taking the pills. The Chemist and Ursula move away with the children, raising them while Ursula sells the Chemist’s pills. Alma uses cutthroat tactics to make it onto an orchestra.

I’m a bit disappointed with “Winter Kills.” This title is a ridiculous attempt at an unfunny pun. In all seriousness, the episode feels extremely rushed, especially after five episodes of buildup. The investigation into the murders doesn’t amount to anything. Unless this will somehow factor into part 2 of the season, “Death Valley,” I don’t understand why they even had the officer initiate a search. It’s a logical consequence of Harry’s actions and would provide tension if we saw her ever again or the investigation was shown/mentioned. I can’t help but wonder if this was intended to be two episodes or more because a lot goes overlooked. “Winter Kills” is also notably short, at 37 minutes long. There have been a couple of American Horror Story episodes this short before, but it’s not common. Given how rushed the story feels, I’m not sure why they went with such a short amount of time to cap this story off.

I’ve really enjoyed “Red Tide” so far, but I feel like several main characters/actors are short-changed in “Winter Kills.” I was disappointed in Doris’ (Lily Rabe) fate in “Gaslight” and had hoped she would get revenge in the “Red Tide” finale. I assumed she might eat Harry or even Ursula, and I was counting on Alma dying. Ryan Keira Armstrong has been outstanding in the role, but I hate this character. I wanted her to get some kind of comeuppance. It would have been delicious to see Alma devoured by pale people or even Doris, specifically. The fact that Doris is barely mentioned in “Winter Kills” leaves a bad taste in my mouth. She was one of the only genuinely kind people in “Red Tide,” and it’s appalling what her own family was willing to do to her because she didn’t have talent. Imagine viewing your wife/mom as nothing more than her creative capabilities. Harry is an enormous hypocrite for taking the pills while lying to his wife during her pregnancy and postpartum days. 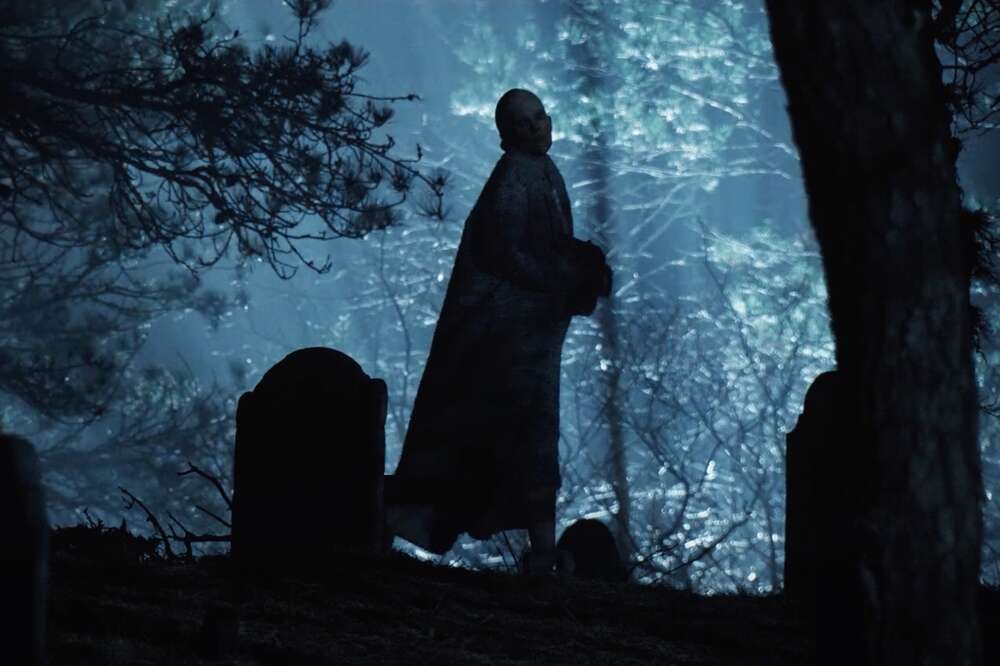 Alma is more evil than Harry, but at least she isn’t dishonest like he is. The way he immediately flip-flopped once Doris was a pale person was just despicable, too. He paid lip service to his marriage and family, but it seems like she was only a baby factory and caretaker to him. Ursula is clearly an opportunist thriving off of her client’s projects. I still don’t understand Angelica Ross’ character, the Chemist, though. Maybe this was by design, and I have a feeling she may play a role in “Death Valley.” But I don’t think we learned enough about her. Why does she want to do this to people? Is the money really worth ruining the world? I’m also curious about her backstory of working with the military. I feel like that will be the connection to “Death Valley,” which looks to have something to do with the military and UFOs. It’ll be interesting to see if they include any callbacks to the alien subplot in “Asylum.”

In retrospect, it feels like not much was done with Karen (Sarah Paulson), Mickey (Macaulay Culkin), Austin (Evan Peters), and Belle (Frances Conroy). These are some of American Horror Story‘s biggest actors, and Culkin quickly became a fan favorite. I’m sure a lot of this was due to the curtailed episode count. I like the idea of a double feature season, and I loved “Red Tide” as the first part until this week. The backstories of these characters were genuinely exciting, and I like how they contrasted with their present states. The proximity of Mickey’s hypocrisy to Karen’s surprising integrity was also explored well, and I enjoyed their relationship. And I don’t fault the actors for a second, either; these are all fantastic performers. Even Leslie Grossman hamming it up as Ursula works because she is a type of saleswoman. It’s easy to see how her rhetoric can get people to take the black pills. She plays into the desire for fame and success, and tapping into your potential to get there. I just think that most of the characters in “Red Tide,” whether they got a happy ending or got eaten by pale people, got a half-baked conclusion with no emotional punch. 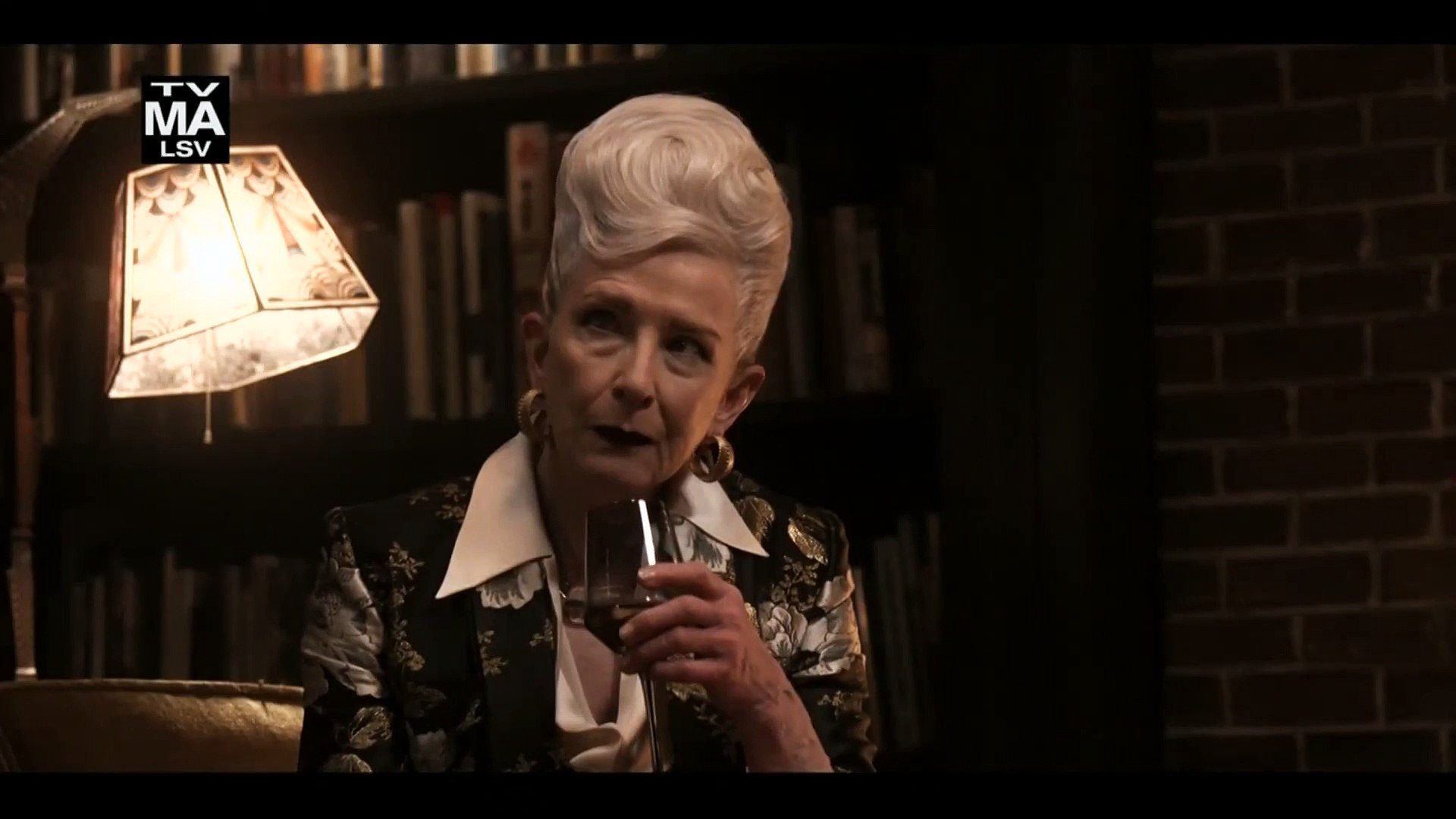 Overall, I think “Winter Kills” was alright, but only just. The acting is still great, as it always is. American Horror Story tends to falter (depending on the season) in writing satisfying conclusions for its characters. The outcome for Doris is heartbreaking, but also a little disappointing. Seriously, I need justice for Doris like I need oxygen. Harry got what he deserved in the end, and I guess it’s fitting that it was the person he loved most who betrayed him. That’s probably how Doris felt. If Alma shows up, the denizens of “Death Valley” and any future American Horror Story season are out of luck. I liked “Red Tide” a lot; it’s just a shame the ending let it down like this.

Overall, I think "Winter Kills" was alright. I just think that most of the characters in "Red Tide," whether they got a happy ending or got eaten by pale people, got a half-baked conclusion with no emotional punch.