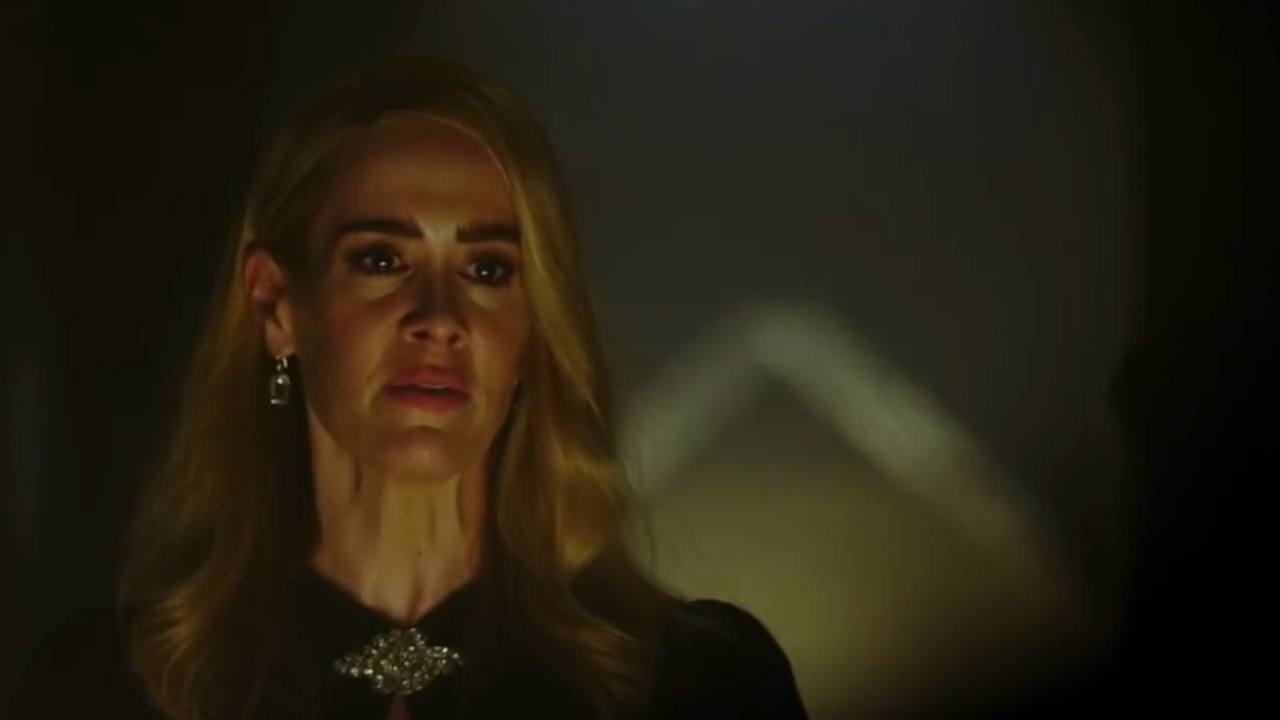 “Let Fiona teach us one thing: passing the Seven Wonders does not inherently mean one is fit to lead the Coven.”

In “Boy Wonder,” Cordelia wakes up outside the destroyed Robichaux Academy, unable to find the other witches and being chased by monsters. However, this proves to only be a vision; nonetheless, it convinces Cordelia to administer the test of the Seven Wonders to Michael, as Grand Chancellor Ariel had requested. This infuriates Myrtle, who says that a man can never be the Supreme and that the Alpha Warlock is just a legend that can’t exist. Cordelia tells Myrtle she fears that her own inability to give the boy a chance could lead to the cataclysm from her vision and that she herself feels her power fading and fears she’s dying. Their moment is interrupted by the announcement that a new girl, Coco, has arrived. Coco tells Cordelia that she shouldn’t be there and that her only ability is detecting whether or not food has gluten in it. Meanwhile, the boy’s school faculty meet to cast protective spells on Michael so he’ll survive the Seven Wonders. John Henry (Cheyenne Jackson) has a vision of a white-faced demon in Michael; it’s the one Cordelia saw in her vision. Despite Behold’s (Billy Porter) protestations, he leaves for New Orleans to tell Cordelia what he’s seen.

John Henry stops for gas, and Mrs. Mead happens to be at the same gas station. She tricks him into coming over to help her pump gas, cuts him, douses him in gasoline and sets him on fire. She tells Michael that Ariel knew about John Henry and even helped locate him. On the day of the Seven Wonders, Michael passes the first six tests. For the final test, Cordelia challenges him not only to descend into Hell, but to bring Misty Day back from there; Ariel and the other Warlocks protest, saying that’s unfair and no other Supreme has been asked to do so. Nonetheless, Michael agrees. He finds Misty in her own personal Hell, being forced to dissect live frogs; sure enough, they both appear in the boy’s school, shocking everyone. As Michael has passed all the tests and must become the Supreme, Cordelia continues to deteriorate, bleeding and collapsing. Misty tells Cordelia and the others that something is wrong with Michael, echoing John Henry’s words. Cordelia says that Michael will never be the Supreme and that she tested him to see just how powerful he was. Stevie Nicks arrives at the school and gives a performance of “Gypsy” dedicated to Misty. Cordelia asks Madison to find out as much about Michael as possible, and Behold insists on going with her, saying he has his own concerns about the boy; they go to the Murder House from season one.

“Boy Wonder” is another great episode, and much like “Could it be…Satan?” it has a very cinematic quality and scope to it. I assumed Cordelia’s vision must not be real, but nonetheless, it’s an effective scene. I had to look away when she’s attacked, and Sarah Paulson really kills it here; her screams of pain and terror feel very authentic. This is also a great payoff to her fainting at the end of “Could it be…Satan?” Throughout “Boy Wonder,” I genuinely got the sense that Cordelia intended to step down if Michael could pass the Seven Wonders, so I was surprised when she told Misty what her plan was; I guess I underestimated her as a character. This was a case of the audience knowing something, the character knowing it, and the reveal being that the character already knew. However, if Cordelia really is fading/dying, I wonder how she manages to survive the three years until the blast, and how she’ll be able to face Michael, even with all of her witches. I’m also really curious to see how all of this lead to the apocalypse, and where Zoe, Misty and the others are now. Is Stevie Nicks still alive after the blast? There’s just so much for them to explore here to catch the Witches and Warlocks storyline up to the present situation.

This might go without saying at this point, but I’ve been thinking Michael is a misdirection for who the real Supreme will be. I think it will be Mallory; she has the ability of resurgence as we saw with the deer in “Boy Wonder.” Zoe and Myrtle both comment on her powers and potential, and even when Michael questions her about Coco, she only says complimentary things in spite of Coco’s treatment of her in the Outpost. She even matches Michael’s power in that scene and manages to frighten him. Not only do I think Mallory is the real heir to Cordelia and the reason her powers are fading, but in the end, I bet she’ll directly fight Michael. It was also interesting to learn that Robichaux is where she and Coco met.

“Boy Wonder” has a bit more comedy than “Could it be…Satan?” and I thought it was hilarious when Coco described how her powers were put to use by her friends; it was also funny when John Henry slammed Behold against the wall and called him a word that rhymes with witch. I liked the scene where Michael performs the Seven Wonders; it’s filmed like an old silent movie and has the music to match, only returning to normal for the final Wonder of Descensum, or descent into the underworld. Differentiating the final test in this way effectively saves the tension for what really counts; after all, we know Michael will pass the other six tests. We know he’ll pass this one, too, but it needs to be a big moment. This proves once and for all that he’s more powerful than Cordelia; plus, Misty is back, and we finally learn what Cordelia’s plan is. 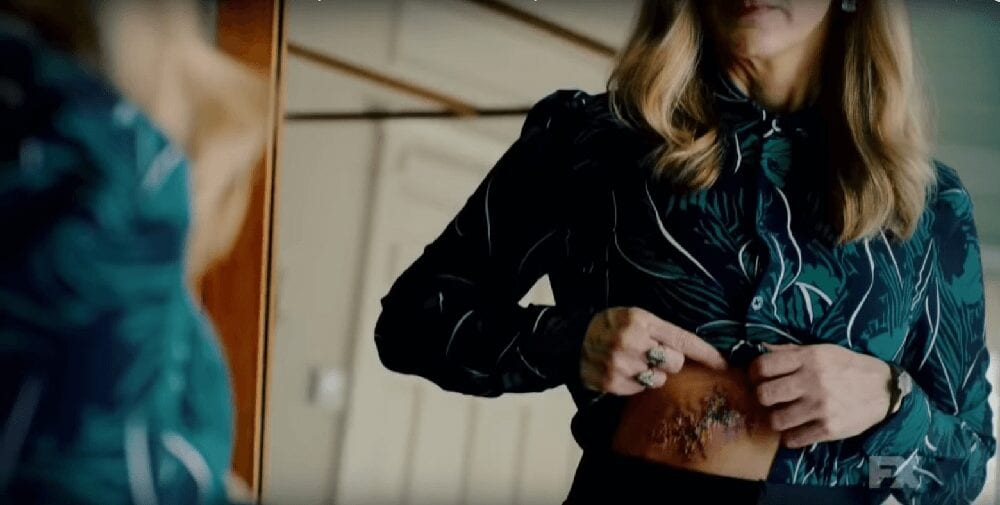 There is something that’s bothering me with this storyline, and it bothered me a little in “Could it be…Satan?” too. It’s uncomfortable how they keep emphasizing that Witches are more powerful than Warlocks and that only a woman can be the Supreme. If this were the other way around, there’d be people protesting the show by now, saying it’s sexist and regressive. Maybe I’m forgetting something from Coven, but I also don’t think there has been an explanation for the gender divide when it comes to magical abilities and talents. Why go out of their way to emphasize the notion that women are better at magic, and that Michael is only so powerful as a result of being the Antichrist? By no means is this enough to detract from what’s been an excellent season so far, but it’s definitely uncomfortable, and it’s making me feel bad for the Warlocks (aside from Michael and, apparently, Ariel, who was willing to kill John Henry to keep his vision a secret).

Overall, “Boy Wonder” is a great episode of American Horror Story: Apocalypse. It isn’t quite as good and exciting as “Could it be…Satan?” but it has a lot of the same qualities that made that episode great. The storyline with the Witches and Warlocks is way cooler than the Outpost was, and it’s gratifying to see so many of the Witches again. The stinger at the end with Madison and Behold traveling to the Murder House is a great one, and “Boy Wonder” is another episode that just flew by. A lot had happened by then and I should have known the end was coming, but I was so engrossed in the story! I can’t wait for next week’s episode, when we’ll surely be seeing the house again and maybe even the Harmons from that season.

Overall, “Boy Wonder” is a great episode of American Horror Story: Apocalypse. It isn’t quite as good and exciting as “Could it be...Satan?” but it has a lot of the same qualities that made that episode great. The storyline with the Witches and Warlocks is way cooler than the Outpost was, and it’s gratifying to see so many of the Witches again.