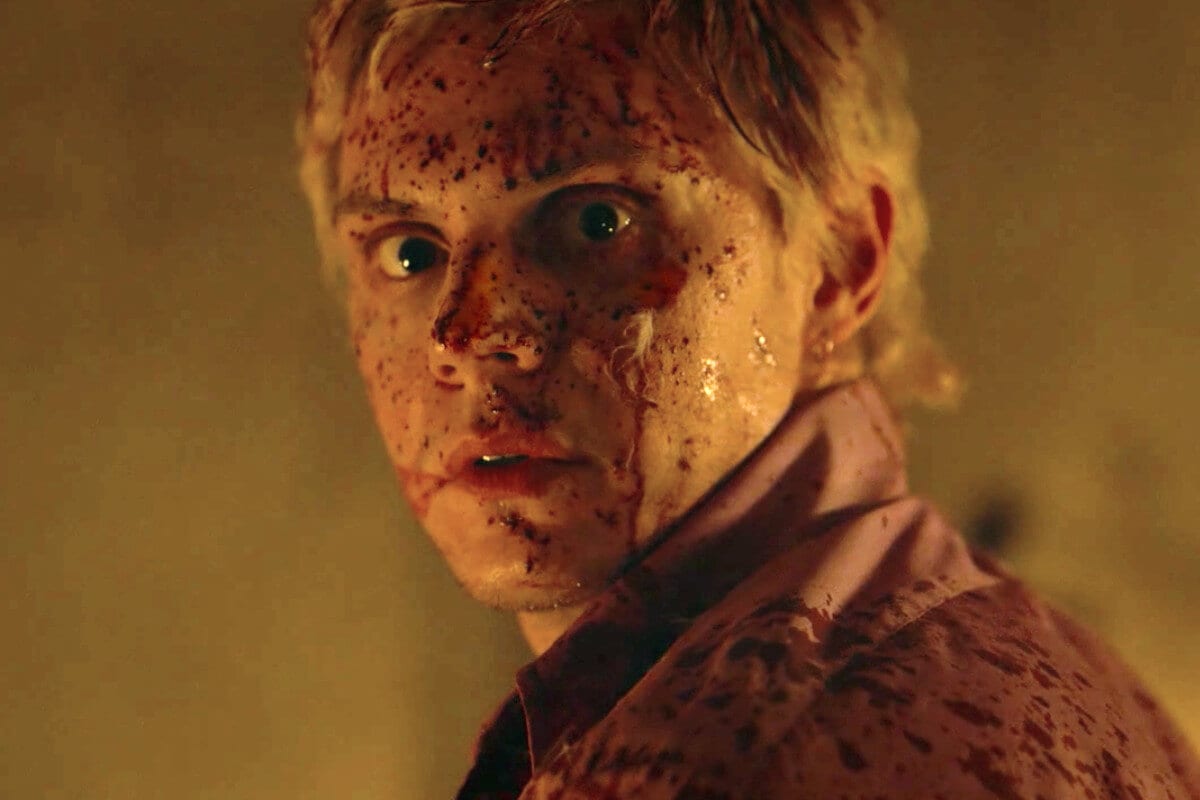 “The Morning After” begins when Emily finds live snakes in her closet. Mrs. Mead decides to make them into soup, prompting mixed reactions from the diners. One of the snakes slithers out of one of the dinner bowls, alive and whole. Emily and Timothy continue to kiss once a week, though it drives them crazy not being able to do more. Michael Langdon introduces himself to the inmates and begins interviewing them to determine who deserves to live. The latex man from Murder House visits Mr. Gallant and his nana Evie sees this and tells Mrs. Mead. Michael talks to Ms. Venable privately and asks her opinion on each of the people there, and she complains about most of them. He asks to see her “shame,” which proves to be a hunched back; she fails the test. Mrs. Mead informs Ms. Venable of what Evie saw, and they agree that Michael must be the masked seducer.

They interrogate Mr. Gallant, who also believes it was Michael, but he doesn’t reveal anything. Michael tells Gallant that he didn’t sleep with him and that his Nana is the one who ratted him out. Gallant’s handcuffs release him to find her. He confronts her, and she says it was justified after she had to clean up all his messes and put him in rehab. The man in the latex mask appears to Mr. Gallant again. Mrs. Mead finds Emily and Timothy in bed together. Gallant kills what he believes to be the masked man, but he realizes it was Evie. Ms. Venable orders the servants to kill Timothy and Emily, but Timothy takes the gun and shoots Mrs. Mead. 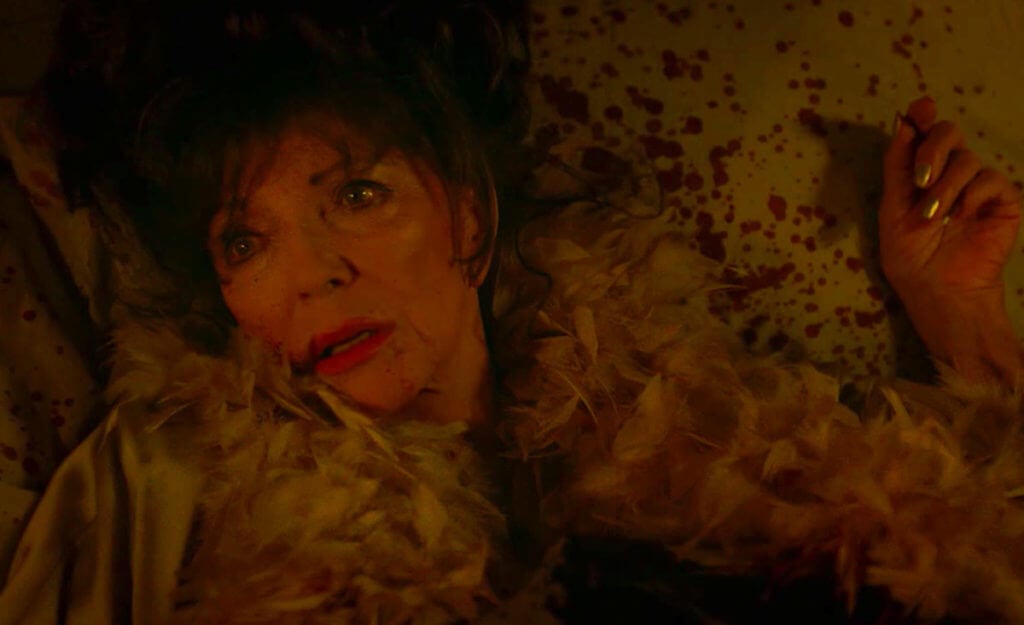 “The Morning After” is even more eventful than “The End” was, and twice as much fun. This show’s episodes always seem to come to an abrupt stop, and this was no exception; it went 90 miles an hour and then just halted. I think it adds to the show’s unsettling tone and ultimately makes the big reveal that much more shocking. Speaking of that, Evie is seriously the worst. I liked her character OK last week, but what kind of dirtbag would turn in their own grandson like that? The fact that she thinks his troubled lifestyle justifies it is even worse. When they cut to her grandson’s shocked face, I first wondered if he was going crazy and hadn’t killed anybody at all. But the reveal of Evie’s frozen, bloodied face is much better than that would have been, and even a little cathartic.

When we first see the snakes in Emily’s closet in “The Morning After,” I was wondering if the staff had put them there to hurt or scare her. Now it seems they may be of a supernatural origin because evidently nobody knows where they came from and one of them comes back to life after being chopped up and cooked. As for Timothy and Emily’s coupling, I still don’t feel invested in either of these characters. We don’t know enough about either of them to think they make a great couple and it seems like complete animal instinct. I don’t have any problem with that in theory, but I just don’t care about these two or what happens to them. Every time they’re on screen, I find myself wondering where Ms. Venable, Gallant, Michael and Mrs. Mead are. Part of this may be due to my knowing those actors from past seasons and other things, but I also think part of it is just that the star-crossed lovers are boring. 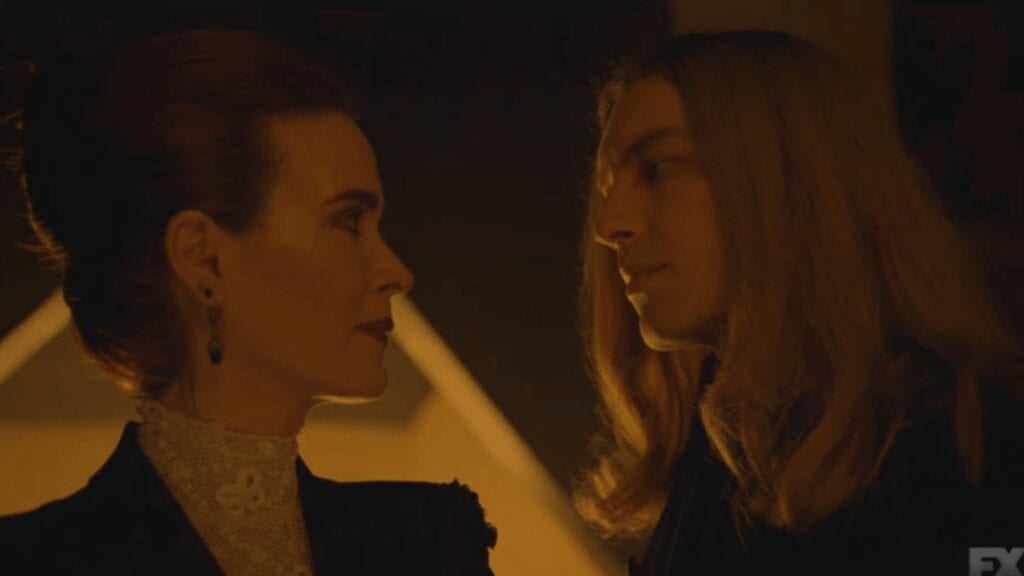 I like the interaction between Michael and Ms. Venable in “The Morning After,” and particularly how defiant yet clearly nervous she is around him. I found the reveal of her hunch a little odd, though; I don’t understand how the dress she wears could hide such a large deformity. She also doesn’t seem to have any physical complications as a result of it, although it could be the reason she has that cane. I also have a lot of questions about Mrs. Mead now, as when she’s shot we see a mechanical-looking gut with white fluid leaking out. Is she some kind of android sent by the Collective? She said in “The End” that killing was in her blood because her father was a soldier; how can she not be human? Or was that all chit-chat to keep Venable in the dark? Or is she a robot too? Probably not, because a robot wouldn’t have a hunched back. I can’t wait to see what the explanation is behind this.

It’s interesting that Ms. Venable mentions not knowing much about Dinah (Adina Porter) in “The Morning After” because neither does the audience at this point. She seems to be a peacemaker because every time the others start bickering at dinner she encourages them to calm down and usually offers advice. Her endless patience with the others and lack of noticeable character flaws, as well as Venable’s comment, makes me wonder if something else is up with this character. Maybe I’m just reading in too much here, but I wonder if she could be a spy for the Collective, or maybe even a supernatural presence. It seems odd that we know so much more about the other inmates from their various outbursts and arguments. 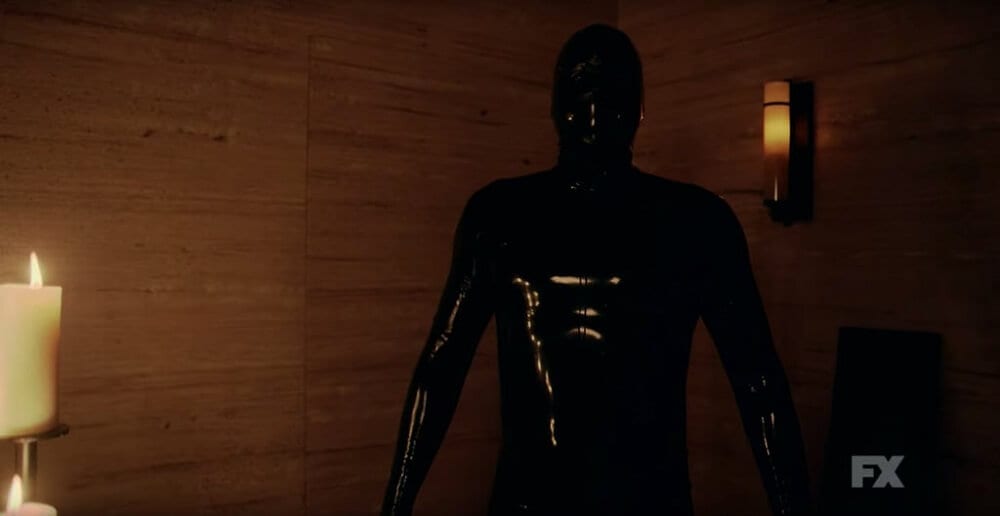 Gallant definitely steals “The Morning After” overall, and I enjoyed his scenes with Michael a lot. It was interesting to me that Michael calls him pathetic and needy, because other than Dinah, I consider Gallant to be the most likable person there, and he’s probably my favorite so far. As I mentioned, I increasingly grew to dislike Evie throughout the episode, and I was glad when Gallant killed her. Although he was shocked to see what he had done, I hope he doesn’t mope about it too much in the coming episodes. That’s not what this show is about, and she deserved her fate for double-crossing the person who secured her a spot in the bunker in the first place.

Altogether, I enjoyed “The Morning After” even more than “The End.” Aside from the teenage lovers and, arguably, Dinah, every character has something interesting to do this week, and a lot of the interactions and dialogue are great. The episode also looked terrific, with lots of spooky lighting and shocking reveals. I’m really excited to see what happens next and still looking forward to some of the other actors making their return.

American Horror Story - "The Morning After"

Altogether, I enjoyed “The Morning After” even more than “The End.” Aside from the teenage lovers and, arguably, Dinah, every character has something interesting to do this week, and a lot of the interactions and dialogue are great. The episode also looked terrific, with lots of spooky lighting and shocking reveals.