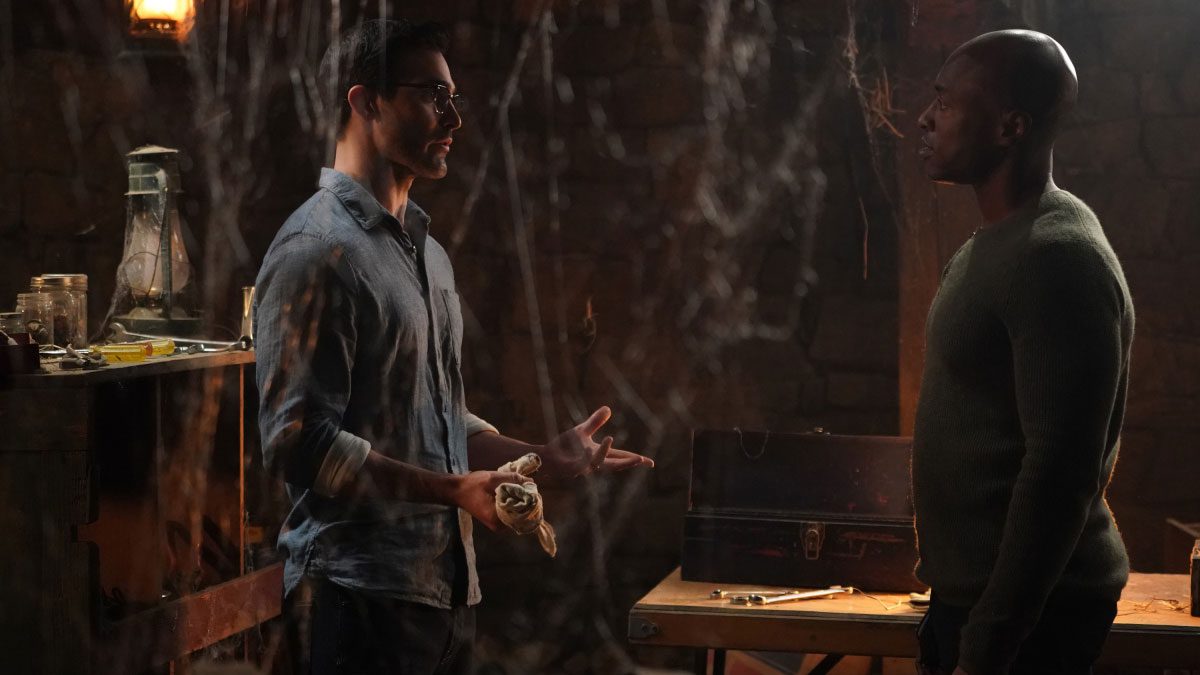 While nothing spectacular happens, “Into Oblivion” is another strong episode, moving the plot and character arcs forward in unexpected ways. It also makes a good argument not just for Superman but for superhero stories in general.

Clark struggles to deal with Jonathan’s drug use, and Lois wonders if they’re crossing a line with their son. Jordan learns more about Jonathan’s dealer. Sam returns to duty to help Superman find Lieutenant Anderson and stop Ally Alston. Chrissy continues to investigate Alston’s cult. Lana prepares for a debate with Mayor Dean. Natalie’s anger with Clark comes to a head. Sarah has the worst idea in the history of people in relationships having bad ideas.

“Into Oblivion” begins each of its plotlines by establishing the “new normal” (is there a single person who isn’t sick to death of that phrase?). Jon is being strictly regulated by his parents, who continue to be disappointed in him; Lana and Kyle are awkwardly “co-parenting” their kids as they adjust to their separation; Sam is, once again, Superman’s liaison to the military, who totally want to be cool with him after stabbing him in the back; Anderson has joined up with Alston; John Henry is ready to come home, but Natalie is still mad about how he was injured. Most of these are givens, considering how the previous episode ended, but focusing on them up front is important because “Into Oblivion” will explore almost all of these.

The unifying theme running through most of these storylines is forgiveness, which is a logical extension of the trust theme that’s been this season’s focus. Jonathan needs forgiveness from his family – and, based on what Clark said about his actions costing the football team their season, maybe the entire town. The military brass wants Superman to forgive them and continue to help them. Clark needs Natalie’s forgiveness if he’s to be a friend to her and her father. Kyle wants Lana to forgive him for cheating on her and possibly wrecking her mayoral campaign on top of their marriage; Sarah even mentions that she’s having a hard time forgiving him, even though she’s trying to get past it. And when they think Lucy has died, Sam needs forgiveness from himself for neglecting to do more to stop her from falling under Alston’s thrall. You could also argue that, in trying to force Jordan and Aubrey to be friends, Sarah is seeking forgiveness from Jordan. (This is a terrible idea that all involved should be glad falls apart.)

Jon’s parents don’t seem inclined to forgive him, especially Clark. He’s still in the doghouse, taking classes online so he won’t fall behind, getting a job at the convenience store, and having his movements limited to school, work, and home. Lois even warns Clark that he may be going too far and damaging his relationship with his son irreparably – which is kind of rich coming from a woman who has a meltdown over every single familial problem she faces – but he still can’t seem to let go of his anger. What’s funny is, Clark is in the same boat, failing to make any headway with Natalie after John Henry’s injury. But it’s more than just a recent mistake; Natalie is living every day having to look at the face of the man who murdered her mother and destroyed her world, and she’s got to be grateful to him too. This is a subtle way of reminding us that, though they’re at odds right now, Clark and Jon are more alike than they think. 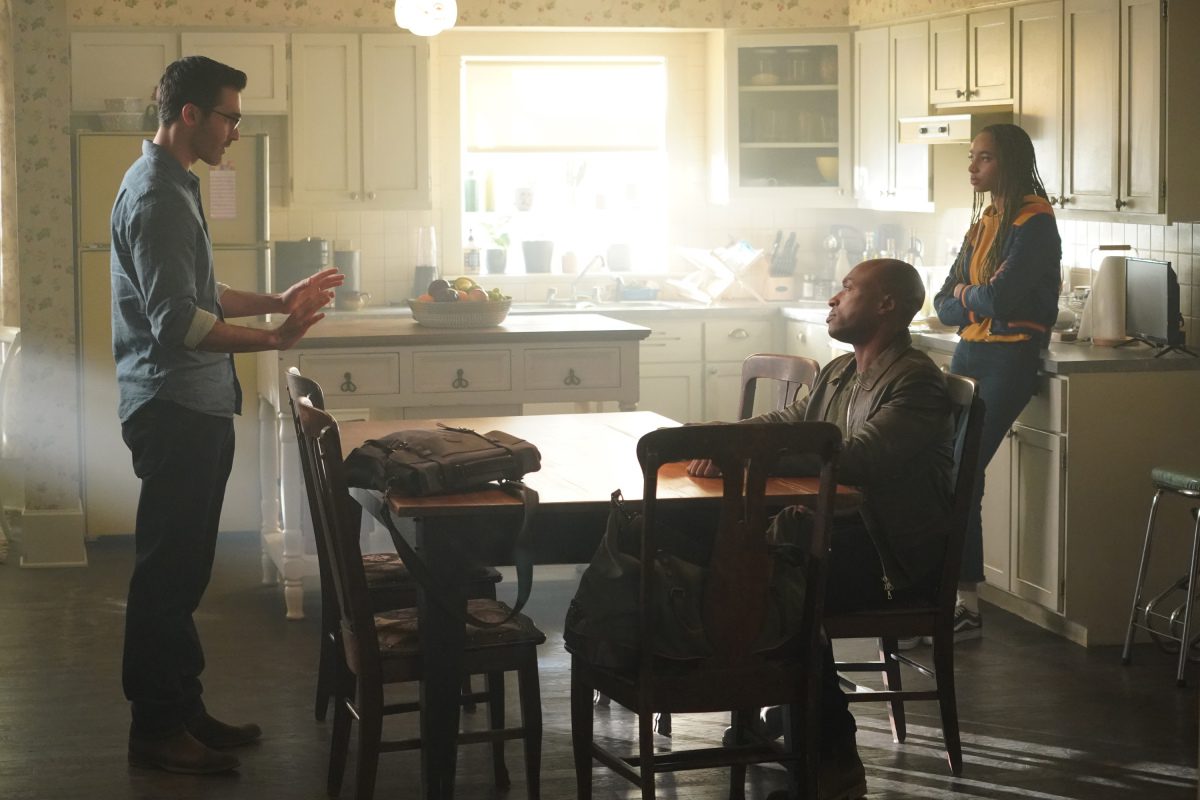 They’re so alike, in fact, that they both get similar lifelines while being buried in someone else’s anger. John Henry is able to advise Clark on how to win over Natalie, and it’s by doing the same thing he did for John: proving he’s a good man. This is where “Into Oblivion” shows the strength of superhero stories, and fantasy/sci-fi/action stories in general, whether intentionally or not. Clark proved himself to John Henry through battle, by helping him fight the real bad guys and acting to protect his world while the counterpart that John Henry knew destroyed one. The trappings of these tales – the battles and villains and cosmic stakes the smugger among us write off a silly kids’ stuff – serve to illustrate truths about people and how they relate to each other, in this case, a guy proving through his actions that he isn’t a monster. With Natalie, Clark obviously must take a different route; for her, it’s the simple understanding of how difficult it is for her to look at him every day and giving her another option. That is what Superman is all about: an all-powerful being who is, at heart, just a good man.

Jonathan’s relief comes in the form of his brother. Jordan worries about Jon like his parents do, but he’s in a better position to reason with him and find out what’s causing him to act in a way that appears irrational. Not afflicted with the burdens of discipline, Jordan can simply be present for his brother, be understanding when his parents demand penance and obedience. Even his discovery of Candice as the dealer is possible – in addition to super hearing – because he is at school with Jon, a peer instead of a parent. And when he confronts Jon, he finally gets why he’s being so secretive, how there is honor in his decision to cover for Candice where his father can find none. Thanks to this understanding, it’s Jordan who saves Jonathan and Candice from her drugged-up supplier. And in receiving his help, Jonathan saves Jordan from having to suffer through the most uncomfortable cup of coffee imaginable. This plotline works incredibly well, and it’s a relief to see Jon and Jordan’s bond restored; I care about the “fraternals” more than any other relationship on this show, and it’s great to see them back together. 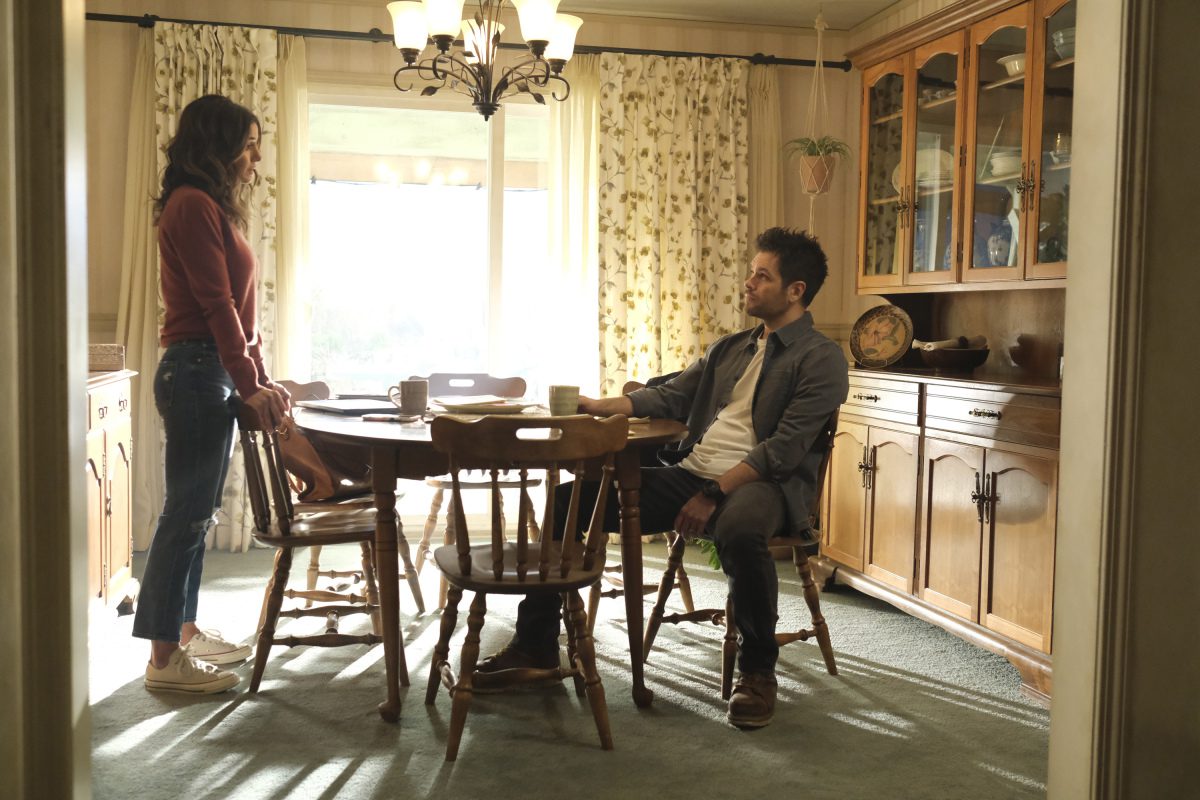 Things don’t look so bright elsewhere, though. Lana and Kyle set aside their tension long enough for him to help her prepare for her debate. And here, Kyle gives her the best piece of advice anyone has throughout her campaign: tackle the issue head-on and answer every question. They aren’t out of the woods yet, and it’s up in the air whether their marriage will eventually survive, but this is a good step out of their shared misery. The distrust between Superman and the military is only mentioned briefly, but he doesn’t look like he’s ready to forgive and forget just yet (and I don’t blame him). And once Sam is able to process that Lucy is still brainwashed and has betrayed him, he’ll likely be less forgiving of his inaction when she was first flirting with a cult. Speaking of which, forgiveness isn’t part of Alston and Anderson’s alliance, but trust certainly is. And, shockingly, the two villains find they can’t trust each other, as Anderson abandons Alston to jump into that portal or whatever it is. (Chrissy references Poltergeist when she describes it, but it reminded me more of the Carousel from Logan’s Run.) The pace is quickening, and “Into Oblivion” is an enticing block along this season’s road.

While nothing spectacular happens, “Into Oblivion” is another strong episode, moving the plot and character arcs forward in unexpected ways. It also makes a good argument not just for Superman but for superhero stories in general.