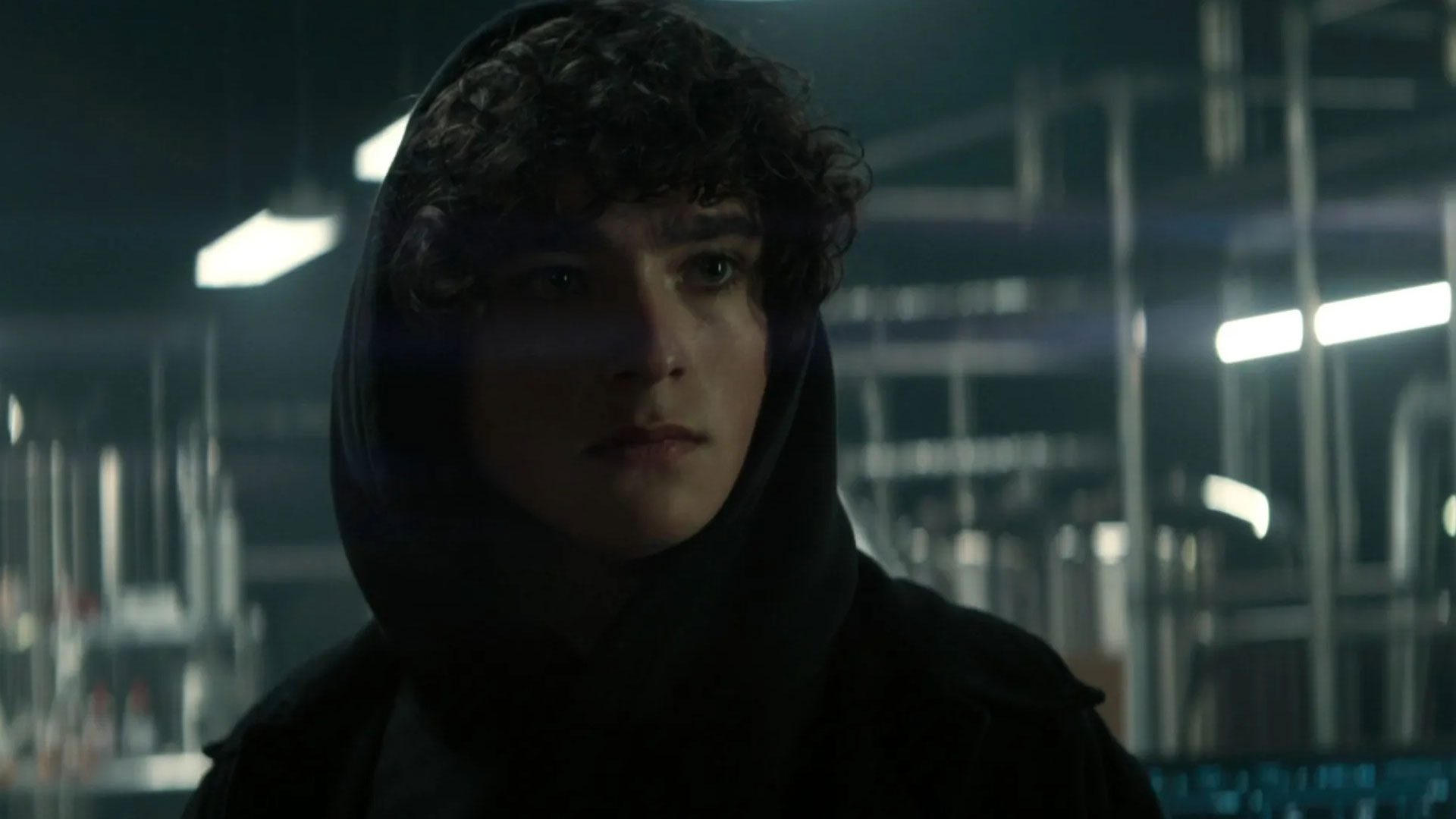 “30 Days and 30 Nights” is the episode without a Superman, and that it works so well affirms the strength of Superman & Lois’ supporting cast – especially Jon and Jordan, the Kent twins who are becoming almost as compelling as their legendary father. This isn’t a perfect episode – Lois is becoming unbearable – but I enjoy seeing the show stretch its premise a bit beyond Superman, especially since it mostly succeeds.

Lucy’s ruse helps Ally Alston return to the portal, and once she’s crossed over, Superman follows her. Jordan begins using his powers to help others. Jon finds that Smallville’s parents aren’t pleased with him costing them the high school football season. Lois and Sam investigate the local X-Kryptonite trade. Lana’s campaign enters its last push on Election Day, but Sarah is more concerned with her dad. Natalie feels the weight of her mother’s death.

While Superman is barely in “30 Days and 30 Nights” – a title which refers to the length of his absence – his single scene is great and character-defining (or character-re-affirming, perhaps) in its simplicity. Once Alston’s acolytes get her out of DOD confinement, she uses the restored suit Bizarro wore and goes through the portal. When Superman shows up, it’s too late to stop her, and the cult member waiting in the mine tells him that even he, with his immense power, won’t be able to survive traversing the portal without similar protective gear. So, Superman does what anyone who’s even slightly familiar with the character knows he’ll do; he flies right into the portal and, through the pain and deterioration it causes him, emerges on the other side. Superman will do what’s right no matter the cost to himself, and he’ll do the impossible to save the world. It’s a quick moment, but it embodies both the world’s greatest superhero and the man who makes him so. Perfect scene.

The rest of “30 Days and 30 Nights” shows the Kent/Lane family after living a month without Superman or Clark Kent. Lois is forced to put on a brave face for the boys as fear tears her apart. As for the twins, Jon worries that he’ll never be able to reconcile with his father, and Jordan feels the responsibility to use his powers to save the people Superman no longer can. This is so easy to establish because these are natural evolutions of the arcs they’ve been having all season. Lois has been struggling with seeing her kids grow up, Jonathan has been suffering through the fallout of his drug abuse, and Jordan has been honing his powers and preparing to be a hero. Suddenly, none of them have Clark around to center them (or, in Jon’s case, glare at him and tell him he sucks), and they’re forced to confront their issues head-on with no Superman to catch them if they fall.

The solution is to rely on each other – or, in keeping with the season’s theme, to trust each other. Lois is predictably angry when she learns that Jordan saved Kyle from a fire, but when they can’t locate the drug suppliers, he convinces Lois to let Jordan use his super-hearing to help them. And then, when they’re captured and facing death, she asks for Jordan’s help, trusting her son to take care of himself as he saves them. She also trusts Jon to lead them to the supplier, which, in turn, allows Jon to trust them with the identity of his dealer when they promise him Sam will protect Candice. (Even Candice gets on the trust train, trusting Lois and Sam – and, really, trusting Jon by trusting them – with all she knows about the suppliers.) The one person who gets hurt is Jordan, and it’s because he doesn’t trust Sarah with the truth about his powers. I know he has his reasons, and he’s right in not trusting a flighty high school girl with a secret like that, but right or wrong, this is the consequence of distrust. 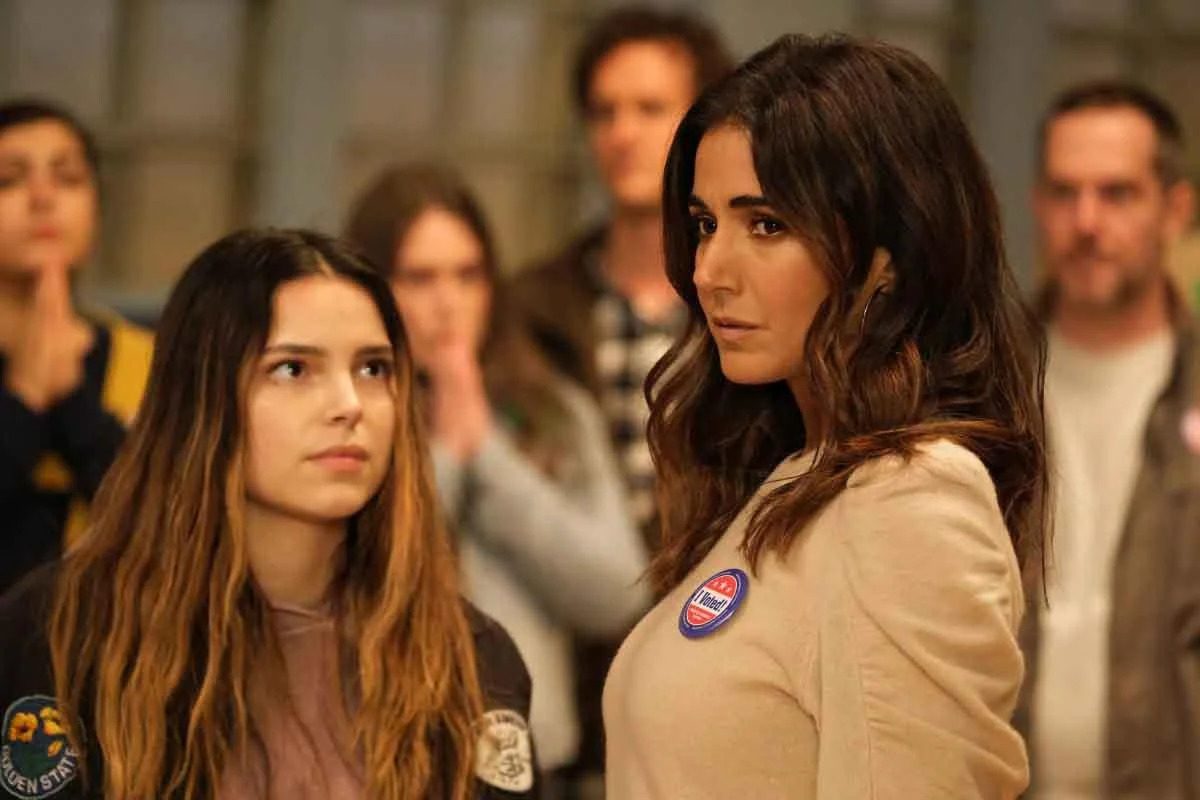 Speaking of the Cushings, Sarah finds herself in the unenviable position of a child of (probable) divorce, torn between two parents she feels need her. Her mother is on the verge of an election victory (you didn’t think they’d let Mayor Patriarchy beat her, did you?), but her father is living alone in a studio apartment with no furniture and a dirty mattress lying directly on the floor. Kyle – who broke Lana’s trust, to keep the theme alive – has put himself in this position, as Lana reminds her, but Sarah feels responsible for her father, particularly now that he has no one in his life. It’s hard to see a parent in those conditions, and while I understand Lana not wanting to help him, telling Sarah he’s not her responsibility is a bit harsh. But watching their marriage crumble and the pain it’s causing all of them, plus Kyle’s ill-informed advice, push Sarah to demand trust from Jordan – a trust he can’t give, which she, in turn, can’t accept. Logically I understand, but I feel bad for Jordan, and I’m kind of relishing the thought of Sarah finding out that he didn’t make it to her mother’s victory party because he was busy saving Kyle’s life – choosing her father over her mother, the same way she does in “30 Days and 30 Nights.”

Natalie finds herself in a similar boat to Sarah, torn between an absent parent and the present one who doesn’t seem to care enough. Election Day happens to be the anniversary of Natalie’s mother’s death, and while she wants to reverently observe her mom’s passing, her father has put it out of his mind, at least as far as she can tell. John Henry is getting on with his life, making himself a member of the Smallville community, helping people as Steel, and even flirting with a newly single Lana (you heartbreaker, you). Their different views on this represent another theme of “30 Days and 30 Nights” – dealing with loss. While the Kents and Lanes are coping with Clark’s absence in various ways, Natalie works through her mother’s death by commemorating her. John Henry deals with it by putting it out of his mind as best he can, by forcing himself to move on, if only for Natalie’s sake. And by the end, after an hour (in TV time) of anger and hurt, they see the benefits in each other’s coping methods as they watch old movies of the Lois they lost together. 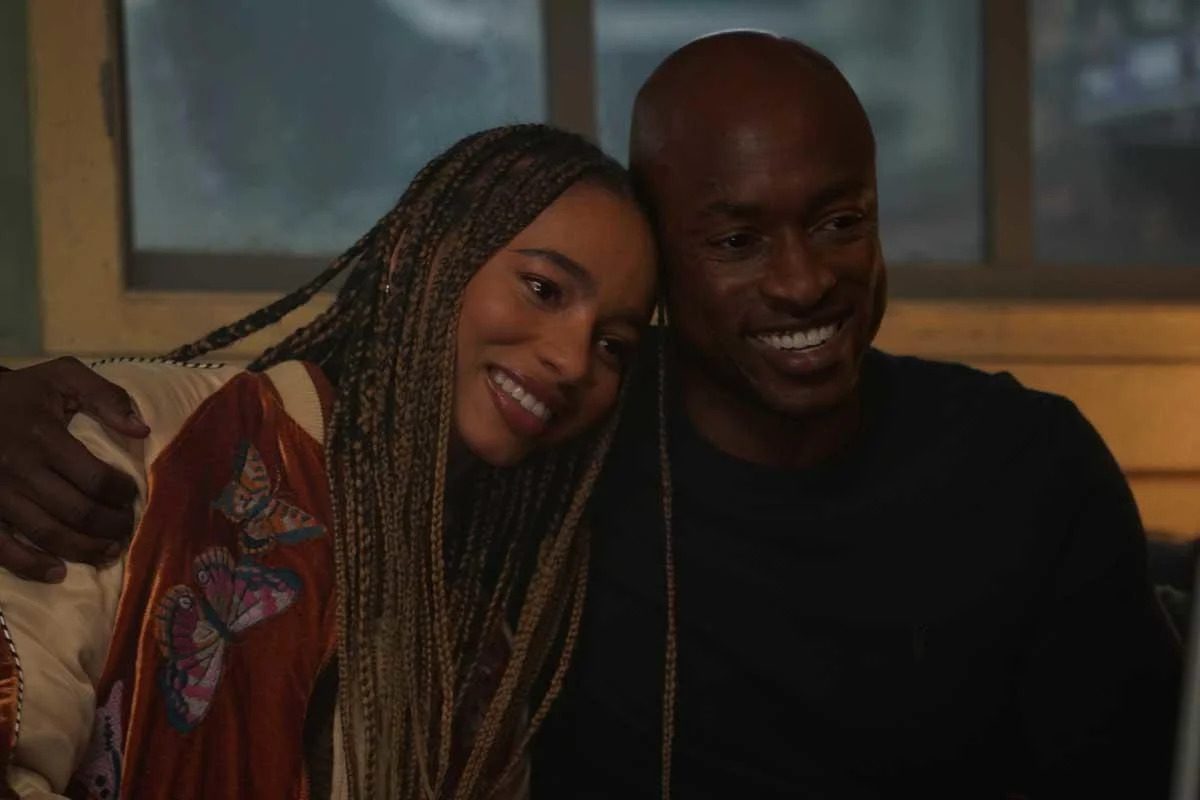 “30 Days and 30 Nights” is a strong episode, which is all the more impressive considering Superman is barely there. But the major sticking point is Lois. She still comes off as shrill and irrational, reacting to every single situation with angry confrontation. I know her overprotectiveness had to come to a head this week, but after a whole season of this, it’s become just another Lois meltdown. I’m glad Jordan stood up to her, and while the small tinge of darkness in his response is supposed to worry us, Lois needed this. You can see this as another instance of Jordan not trusting someone, but Lois has made herself impossible to trust because she’s incapable of looking at anything logically, or even just with the perspective that maybe she doesn’t know everything. You also have to wonder if she learned anything after asking Jordan to save her and Sam; does this put her admonishment of Jordan for saving Kyle into perspective for her? It doesn’t seem to; at the end, she just celebrates her own survival. I hope they fix Lois soon because I want to like this character, as I normally do.

There are plenty of great moments and details throughout “30 Days and 30 Nights.” Jordan’s growing powers are fun to watch, and this week he takes his first flight! It’s a small one, but it’s enough to save Kyle’s life. He seems to be able to tap into new powers when he’s under stress; saving Kyle brings about his flight, and saving Lois and Sam enhances his super-speed to such a degree that he can dodge heat vision. It’s important that both of these instances revolve around saving others; Jordan is a hero in the making, and the good in him is evident in the use of his powers. There is a potential for darkness as well, though, and that comes out in his feeling that his powers elevate him above anyone else’s rules and his little smirk after taking out the X-infected thug. I also love the moment where John Henry watches the video of Natalie’s birth and weeps over his loss; it’s a terrific piece of acting from Wolé Parks, who could have overplayed it but instead conveys John Henry’s immense grief without drifting into the melodramatic. It also heartens me to see Jordan and Jonathan continue to confide in each other, retaining the regained trust from last week. I never thought I’d want to see a show about Superman’s kids, but damned if they didn’t change my mind with Superman & Lois.

“30 Days and 30 Nights” is a superb episode that demonstrates how strong the various characters are independent of Superman. Lois continues to grate, but the rest of the story hits its mark.