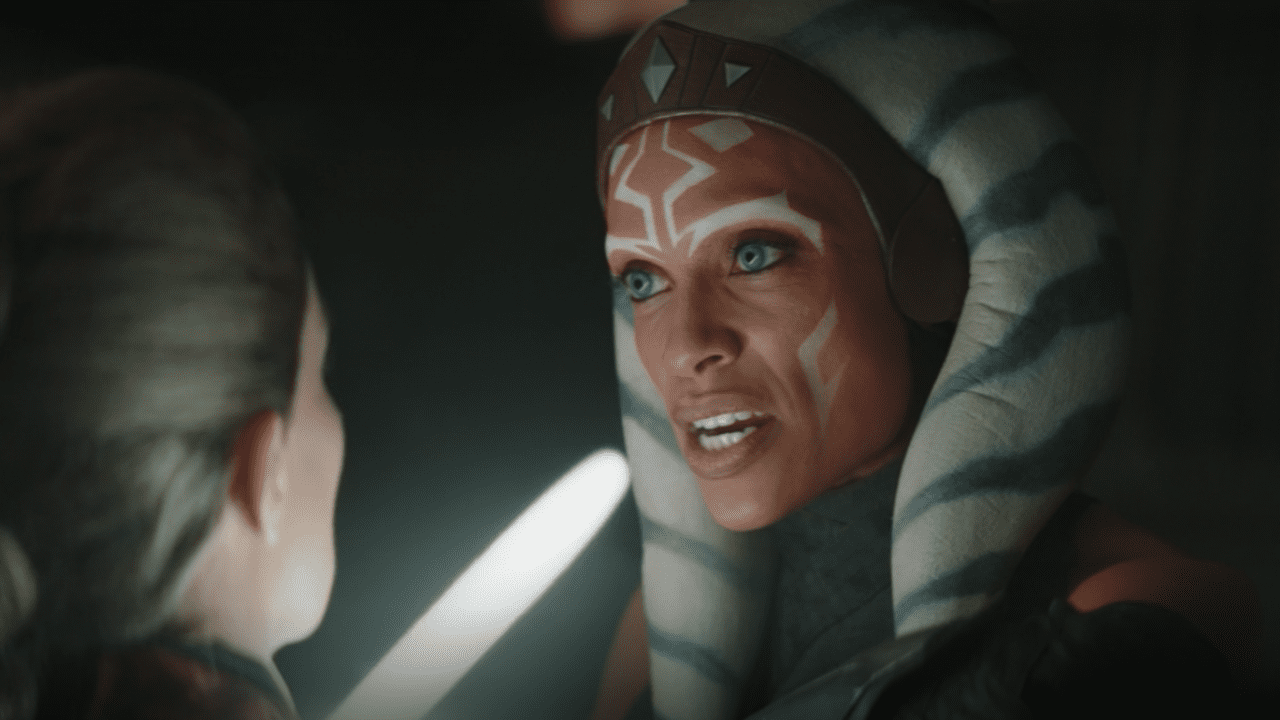 On Saturday, January 30th, in honor of Ahsoka Tano day, actress Rosario Dawson shared a video of her make-up process for the role with Twitter followers. She also shared a clip of the make-up being removed to Instagram. The unofficial holiday commemorates Ahsoka’s introduction back on January 29th, 2008. This was still months prior to The Clone Wars movie and was fans’ very first glimpse at the now fan-favorite character. Dawson portrayed Ahsoka on The Mandalorian season 2 and will reprise the role in the upcoming Ahsoka series on Disney+. She also graciously thanked voice actress Ashley Eckstein for bringing the character to life for fans. YouTube channel Star Wars Coffee posted a longer version that you can see here:

This was a sweet little message. Rosario Dawson not only mentions Ashley Eckstein but gives her credit for originating the role. At first, I wasn’t pleased with Dawson as the live-action face of Ahsoka, but she knocked it out of the park. On that front, I can only hope they continue to produce animated content that features Ahsoka so Ashley can keep busy with her signature role. As long as she wants to voice the character, the opportunity should be there for her. And she shows a lot of enthusiasm for Ahsoka and passion for Star Wars, so I imagine she’s not tired of it yet. Notably, Sam Witwer (Maul in the Star Wars cartoons and Starkiller in Star Wars: The Force Unleashed) and Cree Summer (Luminara in the 2003 Clone Wars, Kida in Disney’s Atlantis) responded positively to the thread. As a fan of these professional voice actors, it’s undeniably heartwarming to see them interact this way and encouraging both Dawson and Eckstein. Dawson seems to have the same love and respect for the character as Eckstein, and I can comfortably say I look forward to what she brings to Ahsoka’s own series.