The Potential of Michael Keaton's Batman Joining the DCEU 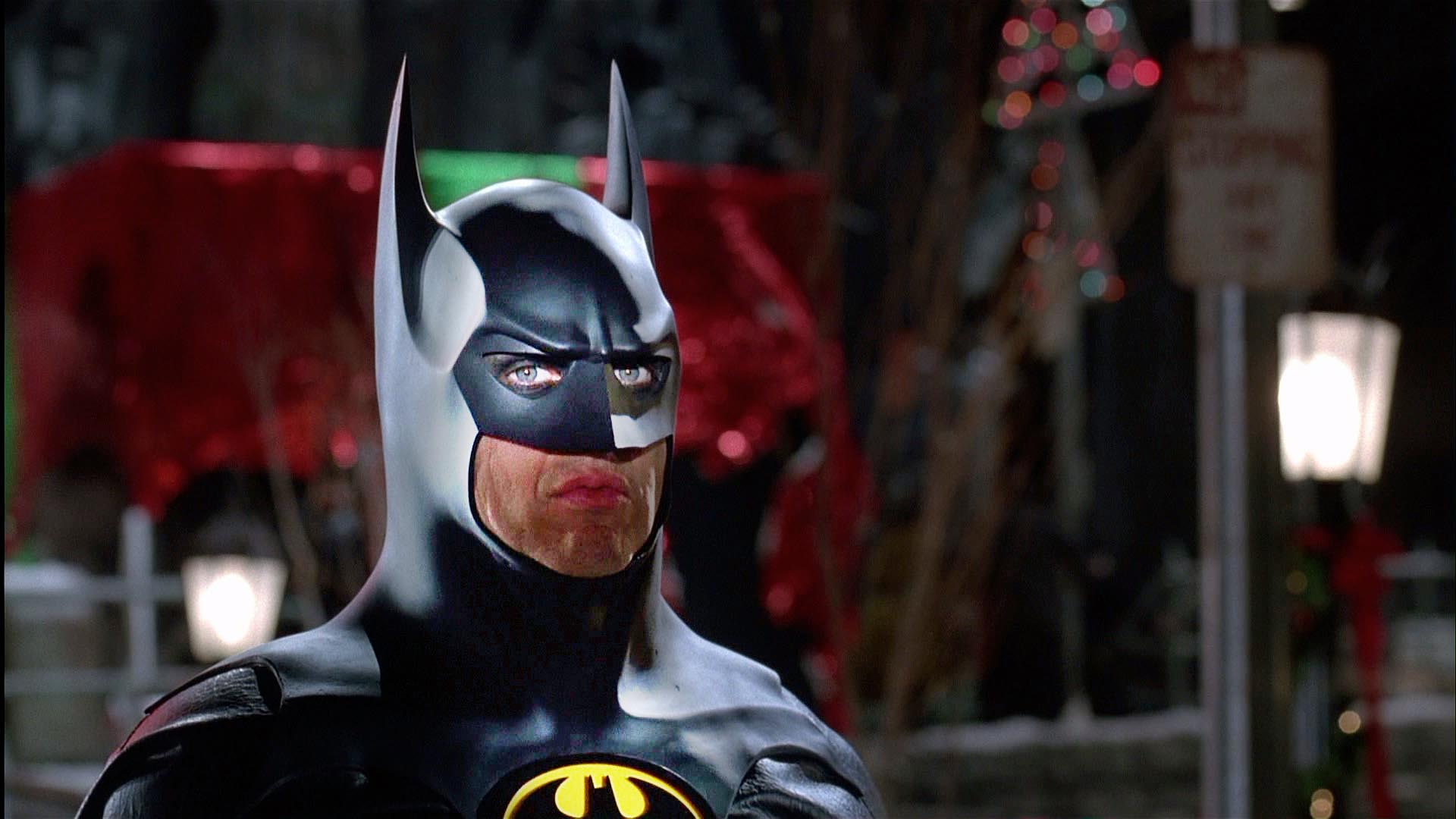 Since it was announced that Michael Keaton was in talks to join the DCEU as Batman, my mind has had little time for anything else. I know it’s not a done deal yet, I know the DCEU is mostly garbage, and I know that continuity-wise, the multiverse doesn’t really make sense anymore. (Everyone congratulates the CW’s “Crisis on Infinite Earths” for introducing this element, but they fail to remember that the brain trust behind it made the moronic decision to destroy every Earth in the multiverse except for their now-amalgamated Earth-1; technically, the DCEU doesn’t even exist anymore.) But the notion is too cool for me to care about any of that right now. There are so many avenues they can pursue with this, so many things to explore, both in the DCEU and with Keaton’s Batman, that a fan can’t help but speculate. So, here’s why I’m excited to see Michael Keaton bring his Batman to the DCEU, and what I hope happens when he gets there.

Whenever the possibility of a real-life multiverse comes up in conversation, my first thought is invariably that I would want to go to the universe where Tim Burton got to make a whole series of Batman movies with Michael Keaton and come home with some Blu-Rays. I love those two films, and while the Joel Schumacher (rest in peace, sir – giving the world A Time to Kill and Falling Down absolves a man of any cinematic sin he may have committed) entries are technically sequels, they’re so wildly different in tone that, were it not for Michael Gough and Pat Hingle as Alfred and Commissioner Gordon, I doubt anyone would consider them part of the same series. I wanted to see how Bruce Wayne’s tortured psyche developed after Batman Returns; I wanted to see Billy Dee Williams’ Harvey Dent become Two-Face, which Burton was planning to do; I wanted to see Catwoman eventually return; I wanted to see macabre versions of some of Batman’s other villains (could you imagine Tim Burton’s take on Man-Bat?). But it was not to be, and instead, we got a cavalcade of baddies trying to out-Joker the Joker and Batman delivering enough puns to make Roger Moore roll his eyes.

Obviously, the DCEU isn’t going to be able to explore this fully. Keaton’s Batman will be a supporting character, and he’ll be much older now, with his crime-fighting career mostly behind him. It sounds like he’ll be similar to what they were going for with Ben Affleck’s version, a grizzled veteran reacting to a new world of superheroes. But there should be enough room to fill in a few blanks for fans. He could reflect on his failure to save Harvey Dent, or reminisce about the cat who got away. Gough and Hingle have both passed away in real life, and the absence of their characters could inform a lot of Bruce’s grief and anger; this Bruce Wayne was already touched by madness, and without Alfred to keep him tethered to sanity, maybe he really went off the deep end. And what happens when he meets his doppelgangers from other worlds? I don’t imagine they’ll coax Ben Affleck back at this point (or Christian Bale, though could you imagine?), but Robert Pattinson’s Batman will be a lot younger than Keaton’s; perhaps he’ll want to make sure that the fledgling Dark Knight doesn’t become like him. In fact, since they’re talking about making Keaton’s Batman a Nicky Fury type of figure, it could be that he finds his redemption in helping the other heroes; in that respect, it’s fitting to have him meet the Flash first (although I wish it weren’t Ezra Miller’s grating, obnoxious Barry Allen).

The other benefit of bringing him in through the Flash is incorporating Keaton’s Batman into the DCEU’s take on “Flashpoint.” Director Andy Muschietti has said that the Flash movie will be “a different version” of the comic book storyline. On the page, the Batman Barry encounters is actually Bruce Wayne’s father, Thomas Wayne, who became Batman because the mugger killed Bruce instead of his parents. (I won’t ruin it, but check out the comic and see how the Joker emerged in that timeline.) As a result of losing his child, Thomas is murderous and vengeful in a way that even the darkest versions of Batman aren’t – aside from Michael Keaton’s. That means that the DCEU’s “Flashpoint” won’t have to lose much from its progenitor to have its Batman be Keaton’s Bruce; in fact, Barry seeing Bruce Wayne so violent and psychotic could hold even more weight because it’s someone he knows, or at least some version of him. And, considering what’s likely coming for the DCEU’s heroes in the future, they could use someone as ruthless as Keaton’s Batman. (“Send a maniac to catch one,” as a fella once said.)

And, bringing this full circle, if all goes well, audiences respond positively, and the DCEU doesn’t DCEU it, wouldn’t it be a kick in the pants if we got another Burton Batman movie after all? What if Keaton loves getting back in the Batmobile’s saddle so much that he’d be willing to take the lead one more time, and what if the powers that be at Warner Bros. understood that the oddball director was necessary to capture the old magic again? What would Keaton’s Batman be like back in his own (comparatively) grounded world, knowing what he’d then know about superpowers and cosmic beings? What form would his mania take after facing Darkseid and his hordes? The introduction of the multiverse would allow Burton to go even crazier with his vision of Gotham, to let some sci-fi and fantasy seep into his Gothic urban fairy tale. Something could follow Bruce back home, something the likes of which his universe has never seen, and only Batman knows how to fight it. It’s not the same as a long line of Burton/Keaton sequels, but I’ll happily take it.

Ultimately, I believe this is probably going to happen. I doubt Warner Bros. would let it get out and risk disappointing fans if it weren’t at least close to being finalized, and they’ve let it go without comment for a few days now. Things change, sure, but I think we can safely assume that Michael Keaton’s Batman will own the night once more. As to my specific points, well, some of those are – to put it mildly – tall orders, and again, Keaton’s Batman won’t be the focus of the stories. But a man can dream and a fan can wish, and until reality hits me with a Batarang, I’m going to let my fantasies of a resurgent Burton Batman universe get the better of me.

Frankly, I do not think you can beat the Dark Knight and the Dark Knight Rises. Bale for me was the perfect batman. The Joker and Bane were perfectly cast. The only irritating part was Cat Woman. I am sorry, but Anne Hathaway is not Cat Woman material. Not only is the woman delusional and annoying in real life, but she also has zero sex appeal and charm.

Batman will go the way of Star Wars, Star Trek, Ghostbusters, etc. The entire agenda in Hollywood is to destroy all of the American culture and supplant it with a twisted version of socialism. I used to study acting at a pretty good theatre back in the 90s. For me, it is sickening to see how radical it has become. Hollywood was always edgy but it has not become downright subversive. Batman will be no different. I promise you this.

It’s always possible nowadays. I’m hopeful, if only because Keaton stepped away from the Schumacher films when he saw the direction in which they were headed; I don’t think he’d do it if they were going to wreck the character.

I’m gonna get a lot of hate, but I hope Keaton stays away from Batman. I never thought he was very good and much preferred Bale’s version. And not to generate even more hate, but I thought Affleck’s rendition in the otherwise mediocre movies where he starred made him my favorite Batman actor.

(I’m gonna go put on my Asbestos suit and brace myself for the inevitable torrent of lava headed my way.)

Heh, no need to take cover; it takes all kinds. I love Bale as well, and I go back and forth between him and Keaton in terms of my favorite. It probably mostly depends on my mood. Same with Nicholson and Ledger as the Joker; I love them both. Affleck, I like okay. I didn’t like the movies he was in, but I didn’t think he was the problem (nor Henry Cavill, for that matter).

I agree.Keaton is a great actor but was miscast as Batman.He was too small and feeble to be a bad ass.Look at every close up scene he has with Vicky Vale in his first movie.It looks like he had to stand on a box so that Kim Basinger did not tower over him!