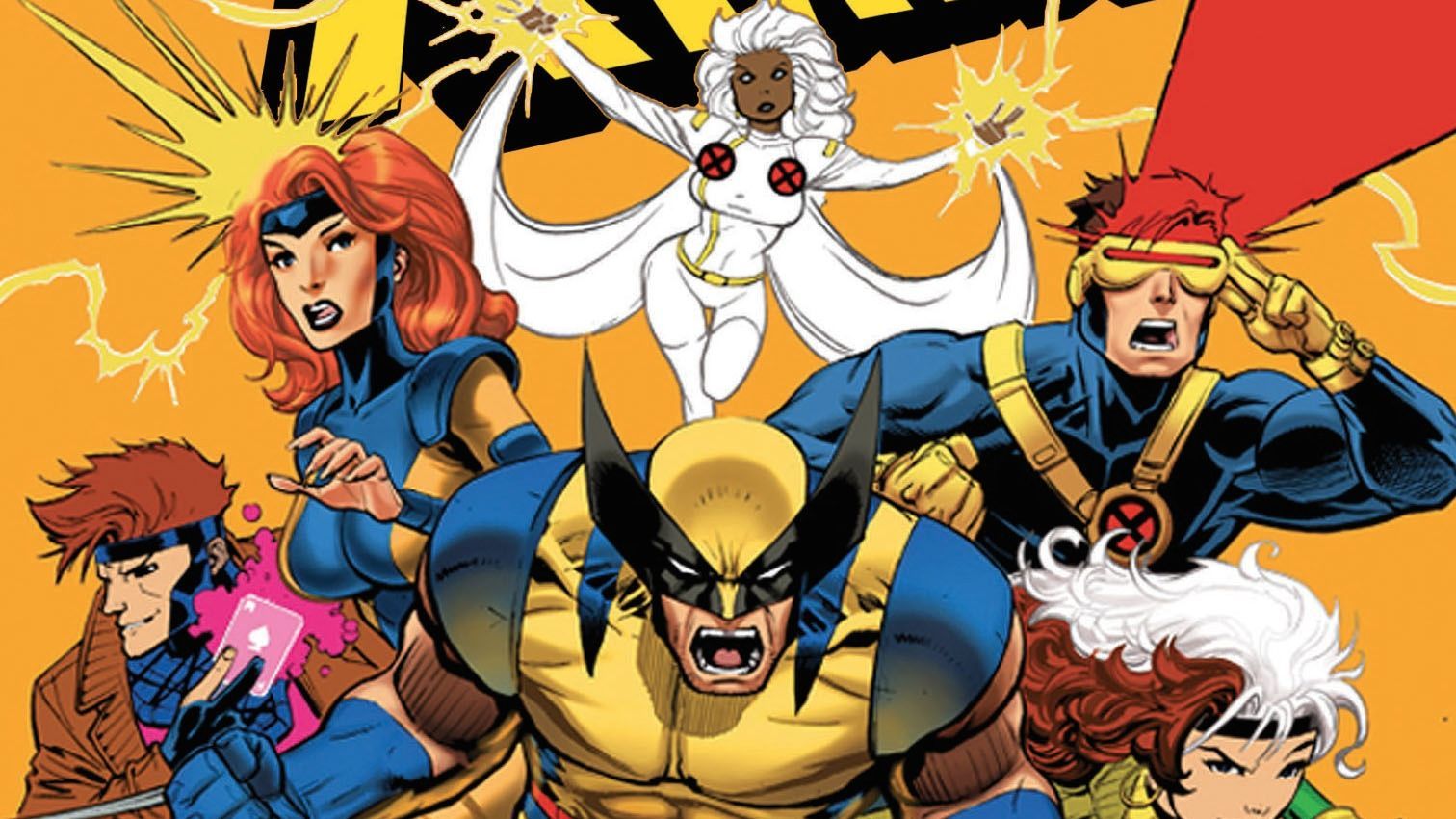 Disney+ Day delivered a bunch of Marvel news – or, in most cases, re-delivered, because the bulk of these shows had been announced long ago. There was one big surprise, the announced return of a much-loved series from the 90s, but whether it’s good news or bad will depend on how faithful Disney and Marvel are to the show’s origins. If you’re interested, the streaming service has a 14-minute video on the Marvel happenings, but more than half of it is a retread of the previously-released series; outside of the Hawkeye footage, the new stuff can be seen below.

If you’re as old as I am, first off, I recommend BioFreeze for those aches and pains, but more pertinently, you probably loved Fox’s X-Men animated series from the 90s. It was fun, action-packed, heavily serialized, and largely faithful to the comic book origins of Marvel’s Merry Mutants, particularly in spirit. Well, Disney is bringing it back as X-Men ’97. The title, which denotes the show’s ending in 1997, is a good sign that they want to keep this revival in line with the 90s episodes. The Wrap has some exclusive information on the X-Men’s return as well – a bunch of the original voice actors will be back, some reprising their roles, some playing new characters (if Cal Dodd and Lenore Zann aren’t playing Wolverine and Rogue, somebody needs their head examined); new cast members include Jennifer Hale, Anniwaa Buachie, Ray Chase, Matthew Waterson, JP Karliak, Holly Chou, Jeff Bennett, and AJ LoCascio; the creative team will be led by executive producer and head writer Beau Demayo, supervising director Jake Castorena, and supervising producer Charley Feldman, with Eric and Julie Lewald and Larry Houston of the original series consulting. X-Men ’97 will premiere in 2023.

It’s hard not to be excited about this, but I have to remind myself that modern Disney is in charge and temper my expectations. I’m glad there are so many people from the original run coming back to either consult or star; Larry Houston’s presence, in particular, suggests that they want to keep the art style the same, or at least similar. But Beau Demayo has almost nothing to his name, outside of an episode of The Witcher and the CW’s The Originals; this doesn’t mean he’s bad, but there’s little by which to judge his talent. Jake Castorena, on the other hand, has done a lot of animation work in recent years – ironically, mostly with DC Comics characters. I’m not familiar with Charely Feldman’s work, but she’s written for The Owl House, which people seem to like. I want this to be good more than anything else Disney has planned for its streaming service, and the ingredients mostly seem good, but it’d be foolish not to be wary.

I’m not as excited for this as a lot of Marvel fans, and that’s due mostly to my ignorance of the character. From that perspective, it’s hard to feel strongly about it from the scant footage Disney’s provided so far. Oscar Isaac is a good actor, and I’ll certainly check it out once it’s released, but as of now, it does nothing for me.

Neither does this spin-off (can we call it that?). I’m glad they went with someone like Tatiana Maslany, an interesting character actress as opposed to a big star. But again, the footage shows almost nothing outside of more Smart Hulk (… great…), so She-Hulk isn’t exciting me yet.

I was indifferent to this one as well, but that teaser really put me off. Of course, they have to bring race front and center, just in case we thought Marvel might be getting back to fun. Does Disney/Marvel even care about getting us to like these characters, or is it just going to try to shame us into doing so from now on? Regardless, we can all get ready to enjoy the first non-white superhero since the last first non-white superhero.

The second season of Marvel Studios' What If…?, an animated Original Series, is coming soon to @DisneyPlus. #DisneyPlusDay pic.twitter.com/TAt7oPIDjx

The first season was a very mixed bag, with some surprisingly great episodes interspersed with mediocre and just plain bad ones. I’m not anticipating season 2 much; I think this would have worked better as a one-off limited series rather than one that keeps going. How long is the novelty of the premise going to be interesting?

I had to look up the character. It sounds bland, like a Daredevil knockoff, although if they use the existing Netflix Daredevil lore to set this up, even a lousy series will be worthwhile to establish that amazing show’s MCU legitimacy.

I think this animated series – about Peter Parker starting out as Spider-Man – could have been a neat idea if pretty much all of Spidey’s appearances in the MCU weren’t essentially like this. Tom Holland is already playing a pretty young Peter, and they’ve covered him hiding his secret identity from his friends and Aunt May. They could do some newish things, like seeing him learn to use his powers or develop his web-shooters, but unless they play with the continuity a lot, he won’t be facing any of his major villains. So it’ll be more of him worshipping Iron Man from afar, which they need to get away from pronto. It could be fun, but ultimately, I don’t really see the point.

Fine, I guess. I don’t know how well Groot will work away from the rest of the Guardians since he’s barely a character. He works well as part of the team, but how is he going to carry a show by himself? This has the odor of Disney pursuing merchandising possibilities.

Is a single person looking forward to this? What If…? already did a lot to diminish Tony Stark; replacing him with a teenage girl – who you know will be established as smarter than he is, with way better armor – can’t end well.

Look, I loved Agatha Harkness on WandaVision. She was a fun villain, and the great Katherine Hahn sunk her teeth into the role with gusto. But, as with Groot, how is she going to carry a series? Is this going to be a bunch of flashbacks about her history as a witch? Who cares about that? Or is it going to continue from WandaVision, meaning she escapes Wanda’s prison hex in about two seconds? This feels like a bad idea. I have that song stuck in my head again, though.

I don’t like zombies nearly enough to care about this. It was fun as an aspect of What If…? but, again, I don’t see how it can sustain an entire series.

I’d be all for this if the MCU didn’t screw up the Skrulls irreparably. According to the very limited description, the villains will be an evil sect of the Skrulls, meaning “invasion” should come with an asterisk. The premise is a great one, but with virtually all the major Marvel players gone now, who is going to end up being a Skrull? Some former SHIELD intern? This is a wasted opportunity.

Cross one thing off your holiday checklist! 💜 this tweet to receive reminders when new episodes of Marvel Studios’ #Hawkeye debut every Wednesday starting November 24 on @DisneyPlus. pic.twitter.com/EBCODApLNi

This is another wasted opportunity. A pared-down show with Hawkeye using his archery skills against some Earthbound bad guys – set at Christmas, no less – would have been cool, but they’re ruining it by having him train his replacement, who, so far, looks insufferable. (And this isn’t a judgment on Hailee Steinfeld, who I like a lot; she was robbed of an Oscar for playing an amazing character at a young age in favor of Melissa Leo, who played a goofy caricature.) The chase sequence is filmed quite well, so maybe at least there will be some good technique; plus, I’m a sucker for action scenes set to Christmas music. But I’m disappointed that we’re seeing Clint Barton again only so he can be replaced.