"For what is grief but love persevering?" 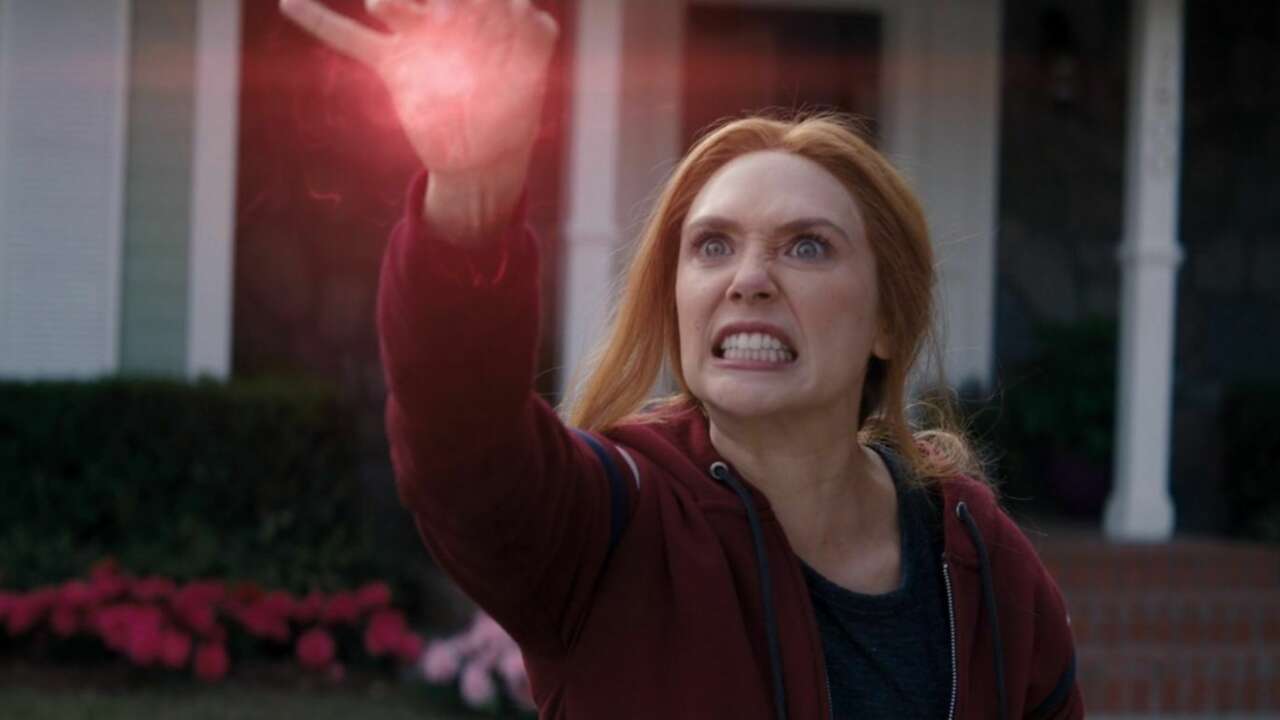 If there were any doubts about WandaVision being an amazing show, “Previously On” sets them to rest, as it dispenses with the living-in-a-sitcom hook – while still centering on Wanda, as opposed to the reprieve of “We Interrupt This Program” – without feeling diminished. On the contrary, this is likely the best episode of the series so far (I say that a lot; sue me, this show rocks), putting almost everything into focus and fleshing out both the hero and villain so it never feels like exposition.

Having revealed herself last week, Agatha Harkness takes Wanda on a trip to some of the defining moments of her life to discover the source of her power. This episode is all about the witches, so not much goes on elsewhere – till after the credits.

“Previously On” begins with a fantastic scene that gives some insight into Agatha’s origins and what her intentions with Wanda may be. In Salem, Massachusetts, during the Witch Trials, a scared Agatha is led on horseback to a tribunal by several hooded figures. But it isn’t what you think; her captors are witches, members of her coven who are less than thrilled that she’s been using dark magic. This is a great bait-and-switch, but something still seems off; Agatha’s pleas for understanding are tinged with a bit too much arrogance, and the fear on her face flickers ever so slightly with a subtle smirk. And when the witches dish out their mystical death sentence, Agatha turns it around on them, absorbing their powers instead of their punishment and leaving them dried-out corpses on what were to be her execution grounds. Even the leader – whom Agatha calls “Mother,” which isn’t specified as being her coven title or her relation to the condemned – can’t take her down, and soon Agatha flies away with a broach from the last of her victims. 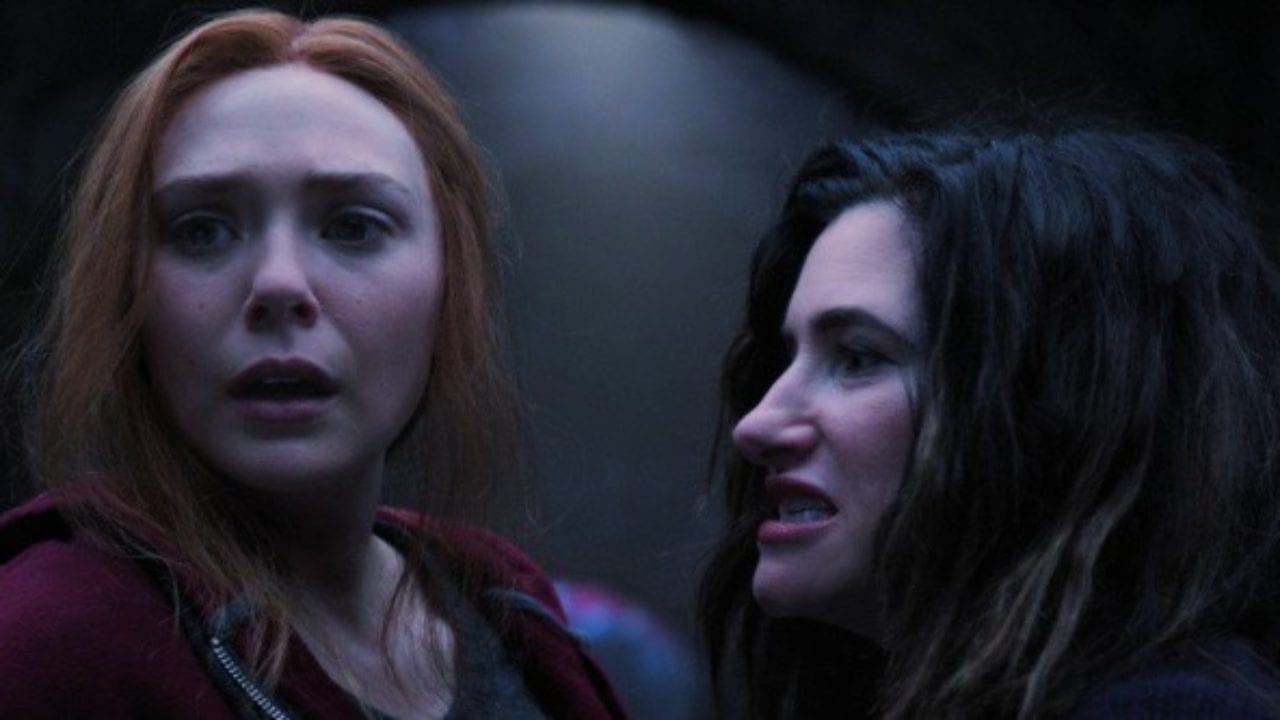 This is a brilliant opening, especially because it not only shows us where Agatha came from but does so while encapsulating her character. We know from seven previous episodes that Agatha is adept at hiding in plain sight, playing the victim while maneuvering everyone around her into whatever positions she desires. This is how she manipulated the witches into gathering and using their magic on her; she used their own tactics and paranoia (which I guess it isn’t when someone really is out to get you) against them. If “Mother” is Agatha’s maternal mother, then it’s even more devious; she prods her with her little “I can be good” line, knowing the reaction it will get. It’s also even more indicative of where Agatha came from; she was raised by a cold woman who would kill her own daughter instead of trying to help her, and Agatha’s big step into evil was in becoming just as cold. And much of this is inference, all gleaned from suggestion. It isn’t often that you can call a scene where a group of witches try to destroy someone with purple beams of magic “subtle,” but here we are.

“Previously On” gives us a taste of what all that power means when Agatha easily traps Wanda in her basement lair, mystically handcuffing her as the Salem witches did to Agatha and rendering Wanda’s magic useless via some runes. As she pulls down the veil for Wanda and explains some of the ways she’s controlled her, we’re reminded of what a great actress Kathryn Hahn is. Scenes like this can get dull fast, but she puts just the right amount of bite and humor behind her dialogue to keep it fun and make Agatha playfully evil instead of annoying. As Agatha is in command of the world around her – perhaps even more so than Wanda is – Hahn is in command of every scene she’s in, and she’s in plenty this week. She needs to know the source of Wanda’s power and takes her through the past in order to unlock it.

That trip is the setup for a beautiful and tragic story of a lost girl who takes comfort in entertainment. “Previously On” pulls off an increasingly rare feat and makes a long-unexplored backstory not only essential but enriching. This is something at which Joss Whedon is particularly skilled; remember how he’d show the main vampires on Buffy and Angel as humans and reveal how they were turned, but instead of demystifying them, it made them even more interesting? Well, nowadays, we get things like Han Solo being assigned his name because he showed up somewhere alone or Nick Fury losing his eye because he played with a silly kitty cat. WandaVision is in the Whedon mold, taking what we thought we knew and turning it on its head, but deepening Wanda’s legend and character as it does. 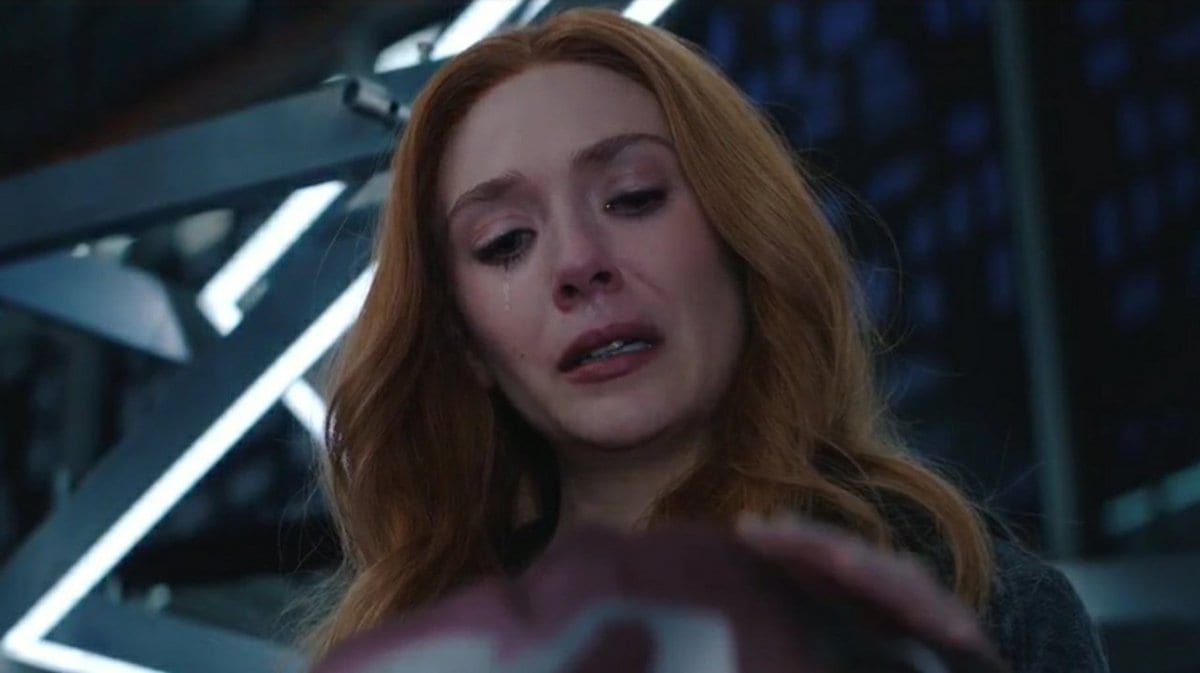 First, we finally discover why Wanda chose sitcoms as the venue through which she’d live her perfect life. In childhood, they were her escape from the harsh reality that was living in a war-torn country where any moment could be her last. It was the one luxury her family had, a source of joy she brought with her into adulthood. Whether it was sitting in a dank cell in a Hydra base or lamenting the loss of her brother in the Avengers compound, she kept her sanity through watching I Love Lucy or The Dick Van Dyke Show. (That the latter is Wanda’s favorite is a nice nod to Van Dyke himself, who consulted with the producers to help them capture the feel of classic television.) And it was Vision through whom she found the potential to put that behind her; he gave her the chance to finally have a happy life, one where she could feel what the characters in her favorite shows felt. But Thanos gonna Thanos, and when she saw an undeveloped plot of land she and Vision bought in Westview – her empty future made real – she snapped, first unconsciously creating her fantasy, then consciously choosing to disappear into it. It’s heartbreaking, and it makes an already-excellent character more relatable.

But it isn’t just Wanda’s character that “Previously On” illuminates; it’s her powers. Till now, we’ve been told that MCU’s Wanda got her powers from the Mind Stone, the result of Hydra’s experiments with Loki’s scepter. Now, however, it looks like she’s had them all along, and the Mind Stone let them loose. The story of her and her brother surviving for days in their collapsed home as a Stark Industries missile sat there, threatening to explode but lying dormant instead, suggested that the explosive simply didn’t work. But that wasn’t Hammer tech in the Maximoff living room; Tony Stark’s products work, and this was no different. It was Wanda, using powers she never dreamed she could have, that willed it to spare her and her brother. And when Hydra experimented on her with the Mind Stone, it wasn’t the Stone that performed so much as it was Wanda; she was the only person able to withstand its power, not only to live through touching it but to come alive. This is how you use a backstory to make a character more special instead of less. And everyone around her knows how special she is. “Previously On” reveals that it hasn’t only been Agatha Harkness manipulating Wanda, but SWORD as well. She never did steal Vision from the latest group of government thugs; she left him there, destroyed after having his return dangled in front of her, only to have him taken away again. Director Hayward was honest about one thing; he does intend to turn Vision into a weapon. But he needs Wanda to do it, and that’s why SWORD is all over TV Land – they wanted to take her magic and reanimate Vision. I like the parallels between Agatha and Hayward, both coveting Wanda’s power and using her pain to get her to give it to them. And while Hayward sees her as a means to an end, Agatha seems truly in awe, recognizing Wanda as her true self: the Scarlet Witch. Wanda is on the verge of realizing her potential, and WandaVision is following suit, getting better and better till it leaves us all on the floor.

“Previously On” explains what’s been going on throughout the series and colors in Wanda’s backstory in exciting and fascinating ways, subtly develops Agatha, and puts SWORD’s scheme into greater focus. That it remains fun and exciting throughout is near-miraculous. The stage is now set for an epic finale, but whatever next week brings, it’s got its work cut out for it.