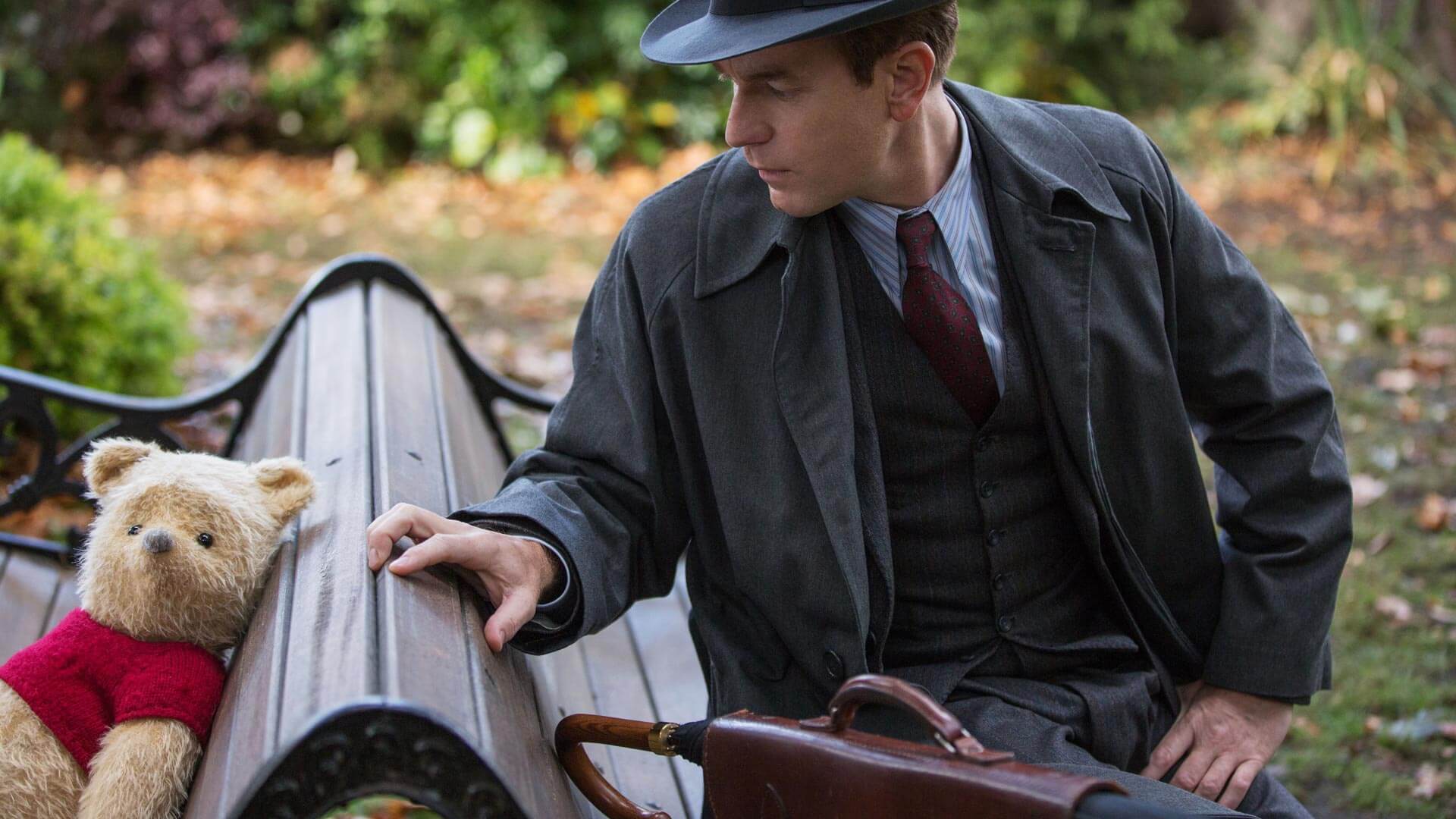 Winnie the Pooh – created by A. A. Milne, and based on Milne’s son Christopher Robin’s teddy bear – is one of the most beloved fictional characters of all time. Winnie’s name comes from a real bear which belonged to Canadian World War I lieutenant Harry Coleburn, who subsequently donated her to the London Zoo where Christopher and A. A. met her. Several movies and TV shows have been inspired by Milne’s work, adapting both the true story and the fantasies detailed in his books. Disney’s new film Christopher Robin is the most recent of these adaptations.

Christopher Robin takes a look at what the fictional version of the boy would have been like as an adult, growing apart from the Hundred Acre Wood and his beloved stuffed friends in lieu of responsibilities and work. When his supervisor gives Christopher a daunting task, he decides not to go on vacation with his family, against his own word. Hurt but not surprised, his wife Evelyn (Hayley Atwell of Cinderella and Captain America: The First Avenger fame) and daughter Madeline (Bronte Carmichael) head to his old cottage, leaving him alone in their house. He isn’t alone for long, however, as an old friend of very little brain shows up looking for help with finding the other denizens of Christopher’s childhood haven. They might just help Christopher regain his sense of adventure, and remind him of what’s really important along the way.

Christopher Robin is directed by Marc Forster, and it’s hard to imagine a better choice for such a sincere movie about fun, adventure and the importance of family and friends. I think Forster is a relatively underrated director and he has a masterful ability to create strong emotions, as seen in films like Monster’s Ball, Stranger than Fiction and Quantum of Solace. If his 2004 portrait of the real man behind Peter Pan, Finding Neverland, doesn’t leave you in a pool of tears, nothing will. He definitely brings those sensibilities to some of the more intimate character moments in Christopher Robin, but the film still has whimsy and humor to spare and keeps the tone balanced very well throughout its 124-minute runtime. 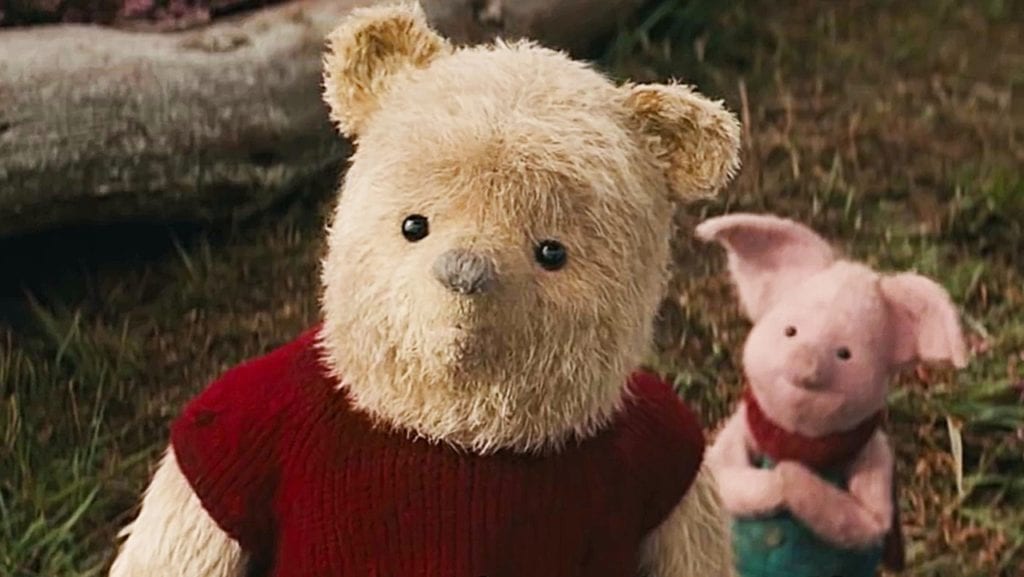 Ewan McGregor is a delight as usual, and is the most fun to watch when he is having fun. I can also appreciate the pained look on his face when he has to disappoint his family, however, I found it slightly annoying when he would yell, “No no no no no!” usually with regards to Pooh showing up or something he did. It just feels forced and exaggerated, and when he’s so angry and dramatic, you lose sympathy for him. I don’t know if I would necessarily peg this on McGregor, who is a fantastic actor, but a couple of those screams feel unnecessary and disingenuous.

Hayley Atwell doesn’t have much to do in Christopher Robin, but her chemistry with McGregor and Carmichael is great, and she gets the emotions just right. Carmichael doesn’t provide the usual crummy child performance, though she’s not jaw-dropping either. She seems like what she should be: a charming child who isn’t permitted to be a child often enough. They feel like a real family with real problems. While Jim Cummings provides his usual Pooh and Tigger voices, Eeyore (Brad Garrett), Piglet (Nick Mohammed), Rabbit (Peter Capaldi), Kanga (Sophie Okonedo), Roo (Sara Sheen), and Owl (Toby Jones) have all been recast, some due to deaths of the previous voice actors. I found this distracting at first, but the characters have been recast many times before, and they surely will be again in the future. The performances are all solid, and the animation on them is stellar.

This is more of a nitpick, and I don’t think it affects the film’s quality, but I found it odd and jarring that Owl and Rabbit look like real animals while the others are obviously toys. Are they supposed to be real in the context of the film? Are they toys that just look very realistic, compared to the others who are more cartoony? As another side observation, it seems that they treat Robin as Christopher’s surname in this film, and I couldn’t help wondering if this was done to distance the character from the real Christopher Robin, who did not approve of the Pooh stories or the unwanted attention they brought to him and his family. 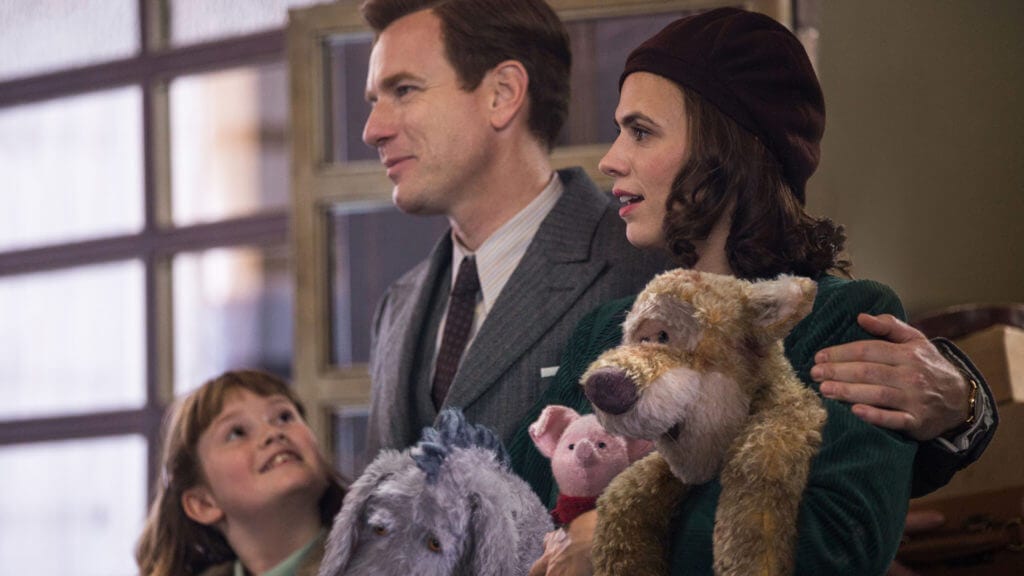 I can’t overstate how cool it is that they brought back the great Richard M. Sherman to write the original songs “Goodbye, Farewell,” “Busy Doing Nothing” and “Christopher Robin” for this movie. Sherman, together with his late brother Robert B. Sherman, wrote the songs and scores for numerous Disney classics, including the old Pooh shorts and films. They’ve had an immeasurable impact on the company and our culture as a whole, and I only wish Robert could have done Christopher Robin with him too. All three songs are fantastic, and I had “Busy Doing Nothing” stuck in my head all the way home from the theater. The film’s score is composed by Jon Brian and Geoff Zanelli, and it’s just lovely, and always suited to the film’s tone.

In short, Christopher Robin might just be the revival of the Pooh brand and characters that Disney had hoped for with Winnie the Pooh (2011), which I’ll be reviewing next week. This movie has drama in the right places, but it never forgets to have fun. The actors are all great, with McGregor delivering another wonderful performance. The animation and visual effects are spectacular, the music is as classic Disney as it gets, and the tone is just right. The comedy throughout the film is terrific, particularly from Eeyore. Barring some minor nitpicks, Christopher Robin is a great movie you should see with the whole family. It’s fun, funny, emotional, and a loving tribute to some of the most beloved characters of all time. I’m reluctant to say this, but at times I got Mary Poppins vibes! Whether you’re 9 or 99, I’d recommend Christopher Robin, and I’d also suggest you bring some Kleenex.

Barring some minor nitpicks, Christopher Robin is a great movie you should see with the whole family. It’s fun, funny, emotional, and a loving tribute to some of the most beloved characters of all time. I’m reluctant to say this, but at times I got Mary Poppins vibes! Whether you’re 9 or 99, I’d recommend Christopher Robin, and I’d also suggest you bring some Kleenex.