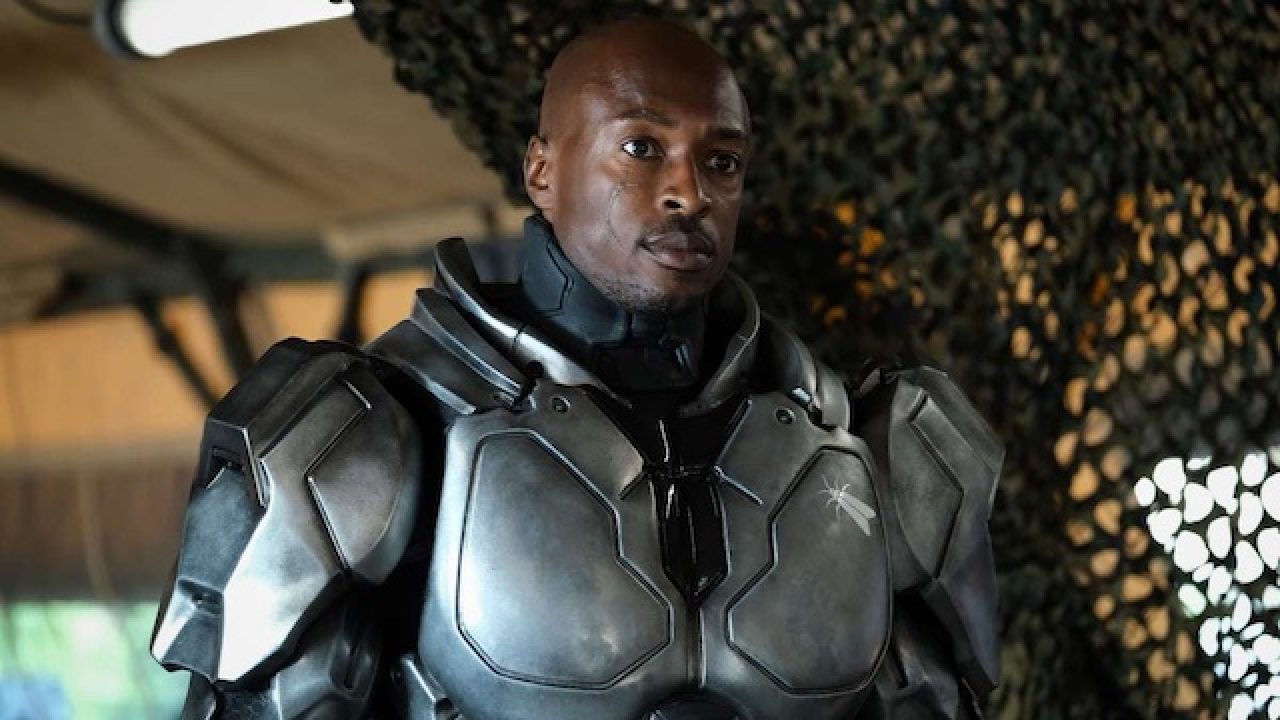 Superman & Lois has shown flailing modern entertainment how to do several things properly since its premiere – Superman, family drama, the Arrowverse in general, to name a few. In “The Eradicator,” it shows how to subvert expectations and satisfy the viewer. For the first half of the episode, I figured this was the clam before the finale’s storm, situating us with the characters before Morgan Edge returned to enact his ultimate power play. Then, “The Eradicator” took a turn and got a couple of profane exclamations out of me (in a good way, not a Loki way). This show is so smart, it manages to make the villain’s evil plan a metaphor for how to write Superman.

In the wake of Morgan Edge’s escape, Smallville’s residents are panic-stricken, and Clark struggles to help them. Lois is torn between her devotion to the truth and her father’s responsibility. Jordan and Sarah find roadblocks early in their relationship. Jonathan spends his free time with John Henry Irons, worrying his parents. Morgan Edge sunbathes, but it’s more interesting than it sounds. Then, the fan is inundated with feces.

“The Eradicator” begins by showing us the toll a constant military presence takes on a community. Unsurprisingly, nobody really wants to stay in a place where armed soldiers line the streets and a superpowered alien just tried to annihilate all life on Earth. Businesses are closing, people are in constant terror, and many are moving away, unable to recognize the home they once knew. It’s sad, and made even sadder because there’s no right answer here. Sam Lane is causing a lot of the trouble, but it isn’t by choice; the Kryptonite still buried near the town is a hazard that he has to remove, and it’s his job to keep people safe while he does. But the townspeople are correct not only to be worried but to demand honesty from those who refuse to answer their perfectly reasonable questions. Clark says that calling the military action an occupation is “hyperbolic,” but it’s hard to blame them for feeling that way, especially as they see the society they built collapse.

If it were just the town as an amorphous group, this wouldn’t have the impact it needed, but “The Eradicator” makes it personal for us and for Clark by using the Cushings to examine Smallville’s deterioration. After resolving to stick out their personal troubles, Lana and Kyle finally relent in the face of a crumbling economy and poor job prospects by putting their house up for sale so they can move away. Clark linking Lana to Smallville’s soul makes the point even clearer; it’s the people who make a community what it is, and when they go, so goes the town. The firefighter who speaks to Kyle brings up a similar concern; when someone as prominent as he is gives up, it makes it more difficult for others who want to fight. But while these are valid arguments, it’s also unfair to expect the Cushings to put the town above their family, and when Kyle gets a job offer somewhere else, he and Lana have to think of giving their children a good life.

“The Eradicator” doesn’t stop there, though. It looks at a falling town through the eyes of its teenage characters too. Jonathan becomes more hands-on in his outlook, deciding that he needs to be prepared for the next catastrophe to hit Smallville. Jordan prefers to try living as best he can, taking joy in having a girlfriend and going to parties while Jon tries to get Irons to show him how to make weapons. This is another example of the shift the Kent brothers have made since leaving Metropolis. Jordan has Jon’s old life, being popular and romancing a pretty girl, and he embraces that, reminding himself that life is worth living. But he also has the benefit of superpowers, which Jonathan doesn’t; that means Jon has to go to greater lengths to protect himself and his family, not resting when danger could return at any moment. It’s pretty astonishing that a show about superheroes doesn’t falter when it focuses on a bunch of teenagers, but Superman & Lois devotes as much care to the twins as it does to the Man of Steel.

Speaking of the guy I’ve barely mentioned so far, Clark spends the first half of “The Eradicator” doing a whole lot of not much, and that’s by design. A failing town, unemployment, a crashing housing market, distrust in the government, and an unending sense of dread are not things Superman can fix, so Clark is forced to observe all of this, helplessly listening to his friends and neighbors plead for help while knowing there’s nothing he can do. He’s present because he’ll never abandon us, but powerless in the face of life being life. It’s Lois who is able to take a more active role here. She does what a good reporter is supposed to do by holding the government accountable for its actions. Her confrontation with her father is a great scene because he and Lois are both right; he’s in a position where he’s wrong no matter what he does, but he is also doing little to calm the fears of the people he’s supposed to be protecting. And Lois finds the solution to that by being honest about the things he won’t, telling people what’s really going on so that the good guys can at least attempt to retain their trust. 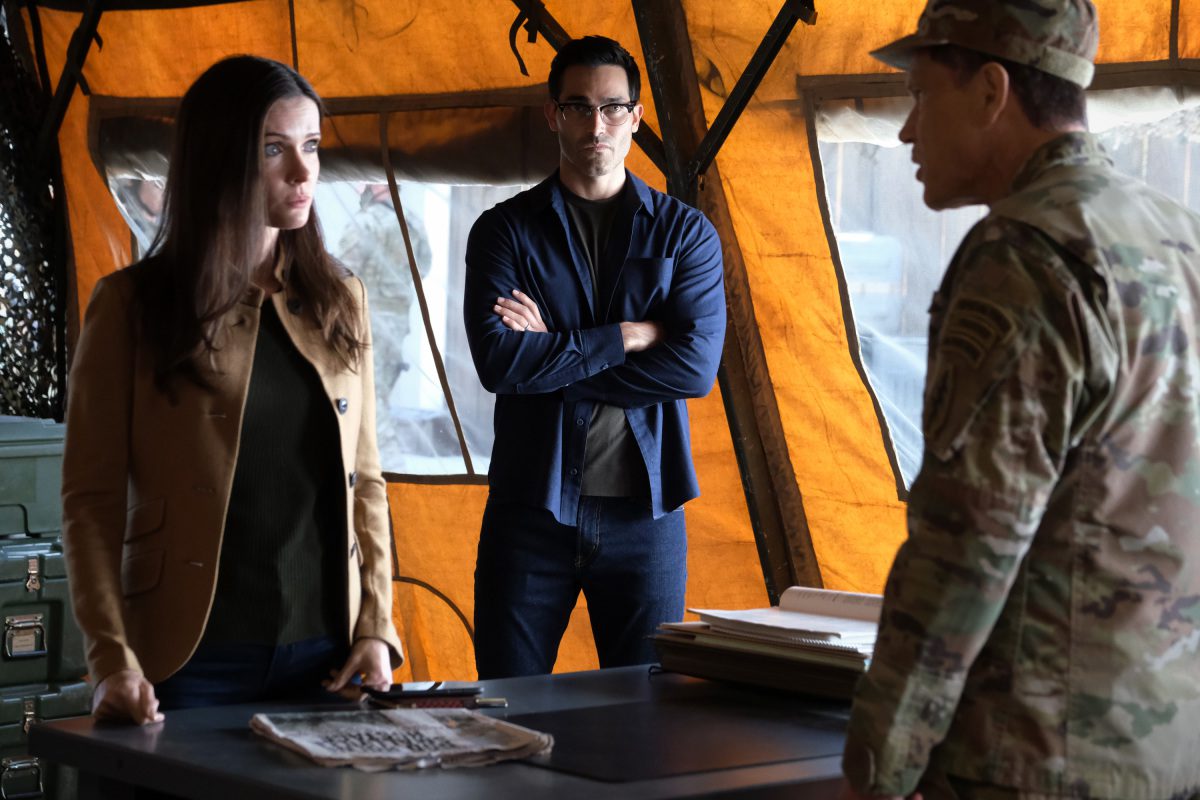 Then, the turn happens, and the episodes’ entire dynamic changes. Lois’ good work is scuttled because Morgan Edge is back, he’s broken Leslie Larr out of prison, and he’s now attacking Metropolis, and that looks like a job for Superman. “The Eradicator” switches from a social and character drama to full-on superhero action, with a fun and exciting fight in the little-seen Metropolis, as Edge – who has now gotten a solar upgrade by washing himself in the sun’s rays up close – has gained the ability to turn people into Kryptonians without the eradicator. That was likely what happened when he smashed it; he imbued himself with its powers.  So it’s Edge’s newly created crew against Superman and Steel, with Metropolis hanging in the balance, and the fight is great. I appreciated how they show the power imbalance between Superman and Steel; Clark can hold his own perfectly well against Edge’s minions, but Irons can barely keep himself alive when they smash up his suit. Steel has to outthink his enemies as much as out-fight them.

There’s so much to love in the latter half of “The Eradicator.” Just seeing Superman and Steel stand together like buddy cops is immensely satisfying because it was set up so well over the whole season. A terrific moment finds Superman and a Kryptonian on their way to cause the collateral damage nobody seemed to care about in Man of Steel when Superman steers the impending crash away from an innocent civilian and keeps it from toppling the whole building. Irons pulls out all the stops to keep himself from being crushed by physically superior enemies.  But the showstopper is when Lois begins reporting and recreates the scenario where she died on Irons’ Earth, and Irons finally gets the chance to save her, to do what he couldn’t for his Lois. It’s perfect, and the triumphant payoff Irons needed, and even this is set up earlier in the episode when he tells Jonathan how horrible he and his daughter had it on their world. After the first half, I wasn’t expecting any of this, and I think that made it even more enjoyable.

Then, there’s that damn ending. I wondered how they were going to top Edge turning Superman evil in “Through the Valley of Death,” but “The Eradicator” comes up with a pretty great answer: he turns Jordan. The whole attack on Metropolis was a diversion; Edge’s true target was Clark’s family, and now not only is Jordan possessed, but he’s the vessel for the ultimate Kryptonian bad guy (not named Zod, anyway), the one who turned his relatively decent son into a monster. Again, this is how you humanize Superman and how you explore his non-Kryptonite weaknesses. Superman can punch an alien into the ground easy-peasy, but he’s a wreck when he can’t locate his son. And what’s he going to do when he finds out he has to fight his own child? Sam Lane’s lamentation about choosing the world or his family is now Superman’s dilemma. This is what I meant when I said Edge’s plan has become a metaphor for how to write Superman; his final gambit is to exploit Clark’s true weakness, putting the ultimate superhero at the most heartbreaking disadvantage imaginable. It’s going to be a rough week waiting to see what happens. 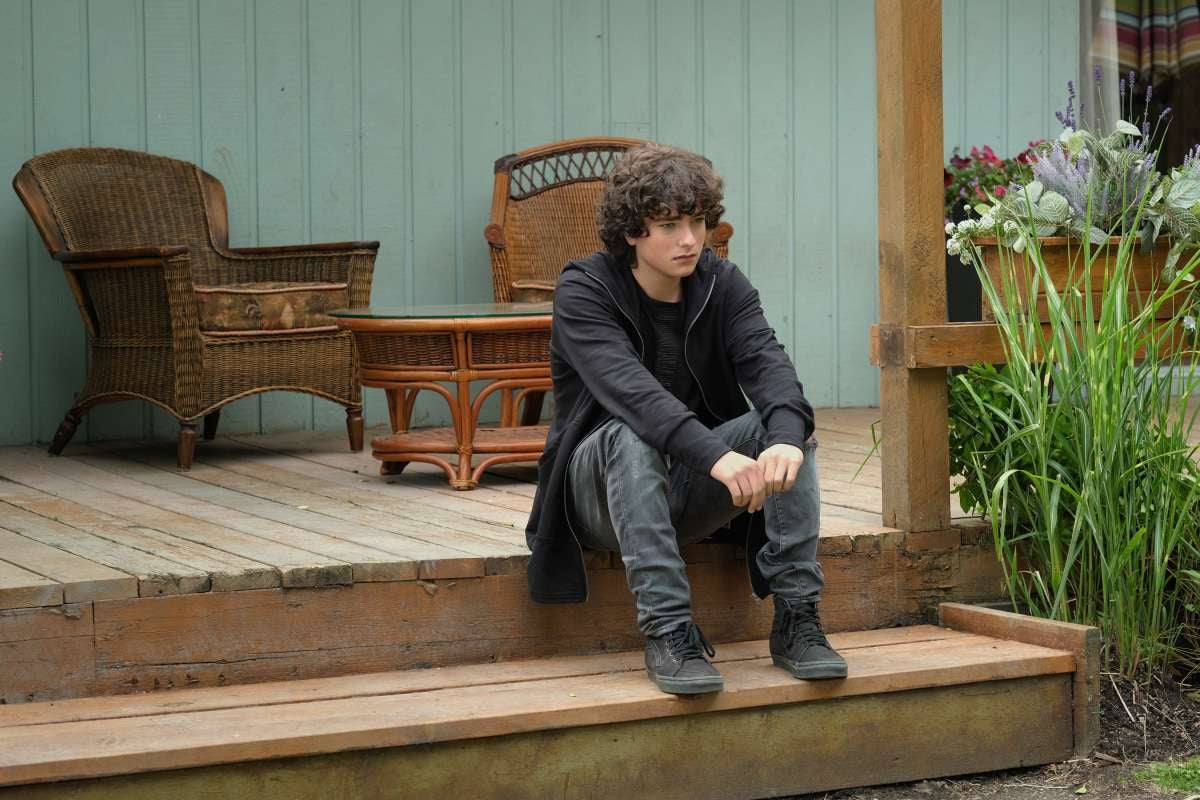 I did have a few minor issues with “The Eradicator,” however. They go a bit too far with Lois in a couple of scenes, particularly in Metropolis. Grabbing a microphone and camera to cover the story is perfect, but how is she taking command on the street when the fighting starts? Aren’t there cops and soldiers around who would be getting people off the street? And then she actually even orders the soldiers to take a captured Leslie Larr away after the fight. I know you’re the head guy’s daughter and all, but your leeway should end at telling the military what to do. I think they sometimes struggle to figure out what to do with Lois, and it’s even more noticeable in “The Eradicator” because she’s used so well at other points. I also got tired of Sarah’s whining and yelling really fast. Her showdown with her parents goes from the understandable frustrations of a stressed teenager to “Somebody smack this ungrateful brat” really fast. But that’s it; everything else is stupendous, and the finale can’t get here fast enough, even with Superman’s speed.

“The Eradicator” begins as a quiet, character-driven episode about the fears of a small town in decline and ends with an action-packed superhero battle, and each half is compelling. There are a couple of small character missteps, but they don’t detract from the satisfying payoffs, the examinations of Superman’s limits, the big fight scene, or the setup for the finale.

“The Eradicator” begins as a quiet, character-driven episode about the fears of a small town in decline and ends with an action-packed superhero battle, and each half is compelling. There are a couple of small character missteps, but they don’t detract from the satisfying payoffs, the examinations of Superman’s limits, the big fight scene, or the setup for the finale.