“Consequences” begins with a doctor telling the press that Paul III is in good health. As he did in “Lone Star,” Fletcher breaks the fourth wall and tells us that stories don’t just stop like in the movies. Martina apologizes to a bedridden Paul, who decides to take a walk with Gail and tells her that he planned the kidnapping. She does not believe him. Getty Sr. offers to buy the parts of the Parthenon Elgin Marbles that the museum owns, much to the confusion of the proprietors who had assumed he would be donating the portions that he owns. Primo kills Fifty and Salvatore, and seeks Leonardo’s help in building a port and drug business.

Getty Sr. faces several embarrassing losses in the episode, such as seeing Penelope happy in her new man’s embrace and Belinda with his son whom he won’t claim. Paul Jr. checks into a rehab facility. Paul III gets married to the pregnant Martina and his mother and uncles come out to celebrate. Paul Sr.’s museum debuts to universally negative reviews. Primo and his family become the biggest drug dealers in Europe.

Honestly, “Consequences” isn’t really a satisfying conclusion to the season. All the Money in the World was harsher on the kidnappers, while in this series half of them get away with it, and the ones who do suffer, like Fifty and Salvatore, suffer at the hands of Primo rather than the law. It seems that the title “Consequences” refers specifically to the consequences faced by Paul Sr. He’s been an insufferable jerk all season, but this just doesn’t feel right because the kidnappers committed an actual crime. Why should the worst ones get off scot-free, and then become successful entrepreneurs? 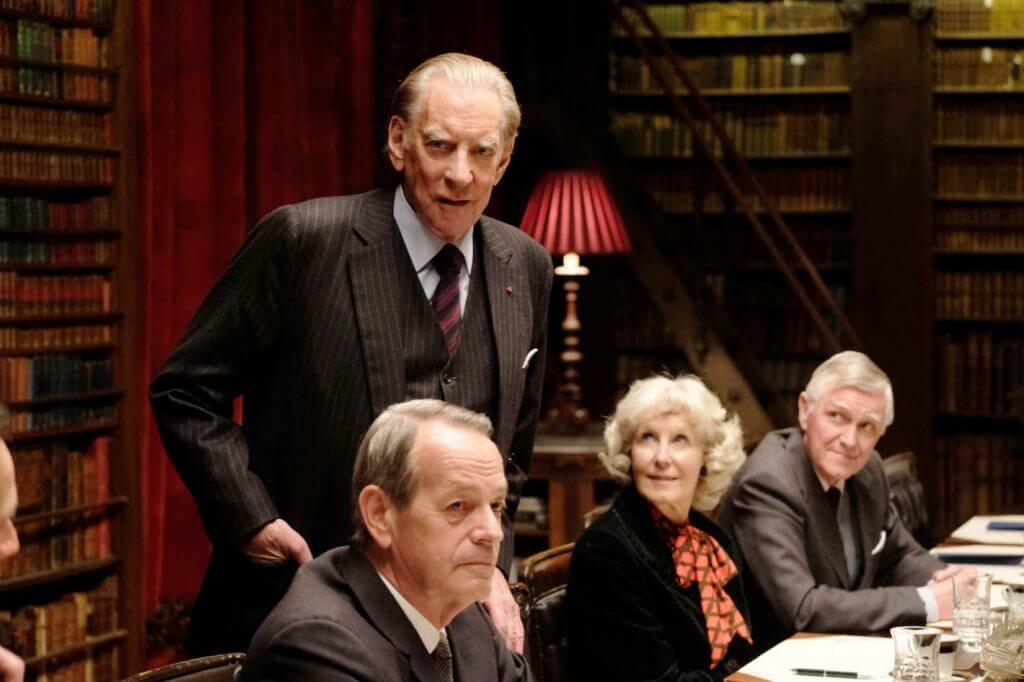 That said, Getty Sr.’s sudden losing streak is fun to watch. Penelope and Belinda are happy without him, and when he tries to sign the baby up for a distant school Belinda shuts him down. He wants to maintain control of the situation without actually claiming his son or being a family with them, and it just won’t work. It’s awesome to see her stand up to him and reject his plans. Per their contract, he has no control over the baby, who is his biological son. Belinda offers to renegotiate and he declines because he won’t accept the full responsibilities of being the child’s father. I didn’t enjoy the symbolism at the end though, in which Chase talks about King Midas and Getty Sr. is unable to eat because everything he touches turns to gold. It’s a little too on the nose for me; just the dialogue would have been OK, but together with the imagery it’s just cheesy.

The scenes with the museum proprietors are interesting too. First they’re offended at Getty’s offer to buy their Marbles rather than donate his, and he just keeps pushing, only to be turned down. Whatever he offers, they add $1. He offers one billion dollars, the total sum of his wealth, and they say their price is one billion plus one dollar; what a slap in the face, and a well deserved one at that! Of course when his museum opens up, it’s widely criticized as vulgar and gimmicky. In the scene where the reviews are read you almost feel sorry for him. He banishes everyone from his office and smashes the model of his museum. He’s decided to view his stuff and his wealth as his legacy, and this is what he’s left with for it: a smashed model and a billion broken dreams.

It also feels like not enough attention is given to the newly-reunited Paul and Gail. Gail is barely in this episode, in fact. We see them together when he’s in the hospital recovering and at his wedding to Martina, and these are nice moments. It just feels like the reunion is the emotional core of these last two episodes and we barely get a taste. Paul Jr. being put in rehab is a good thing, but it’s still sad that he won’t talk to his son. His current girlfriend has to convince him that the wedding he’s been invited to isn’t a plot to exclude him. She also has to trick him into going to rehab, which he first mistakes for a hotel, looking everywhere for the bar that of course isn’t there. 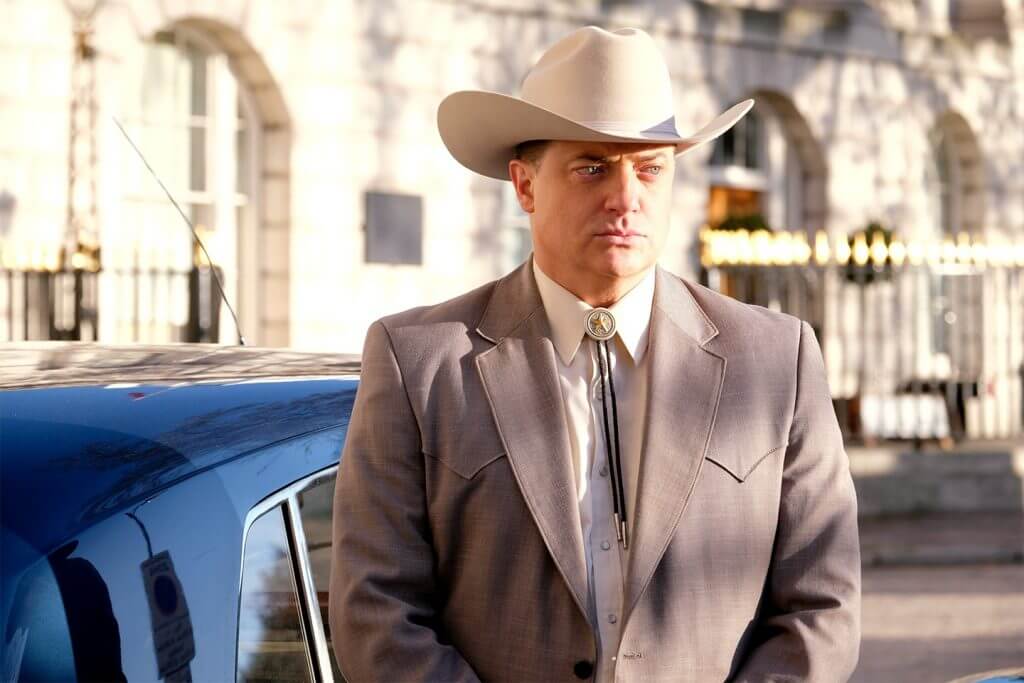 At this point, I’m pretty much used to TV shows having disappointing endings, but it never stops being frustrating. Coming up with a satisfying conclusion does seem to be the hardest part of writing anything, and the better the series has been, the higher the expectations are. Despite what Chase says at the beginning, this story pretty much wrapped up with the end of “White Car in a Snowstorm.” All that needed to happen in this episode was the fallout of the kidnapping, and seeing someone like Primo go unpunished is just frustrating and feels wrong. We could have spent less time with the museum people and more on Paul III, and Primo should have been killed. I also don’t understand his motivation in killing Salvatore and Fifty. We know he’s mad that Fifty told Gail his name, but why kill him over it? The damage is already done, and Fifty is one of the few decent people in this family. This feels like the early seasons of Game of Thrones, with someone terrible doing something bad to a good person and not experiencing any repercussions. I’m really glad he doesn’t kill Leonardo and his family, though; I was sure that was coming, especially when he breaks into their house.

“Consequences” definitely has good elements, like the acting and music, and I really liked Fraser’s narration throughout the episode. But this season overall has ranged from good to excellent, and “Consequences” is a disappointing way to conclude it. Paul Sr.’s storyline ends with a satisfying turn, but Primo gets away with everything he’s done and all we see of Paul III is a wedding and some cryptic prophesying from Chase. “Consequences” isn’t a bad episode, but it’s not a satisfying conclusion to this story either. Trust has been a really good series, but it will just have to join the ranks of excellent shows with disappointing finales.

“Consequences” definitely has good elements, like the acting and music, and I really liked Fraser’s narration throughout the episode. But this season overall has ranged from good to excellent, and “Consequences” is a disappointing way to conclude it. 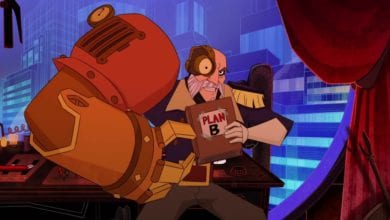 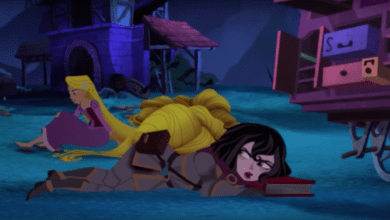 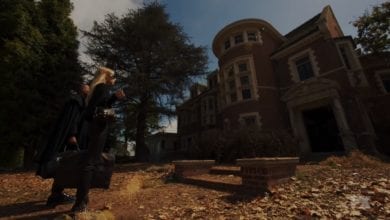 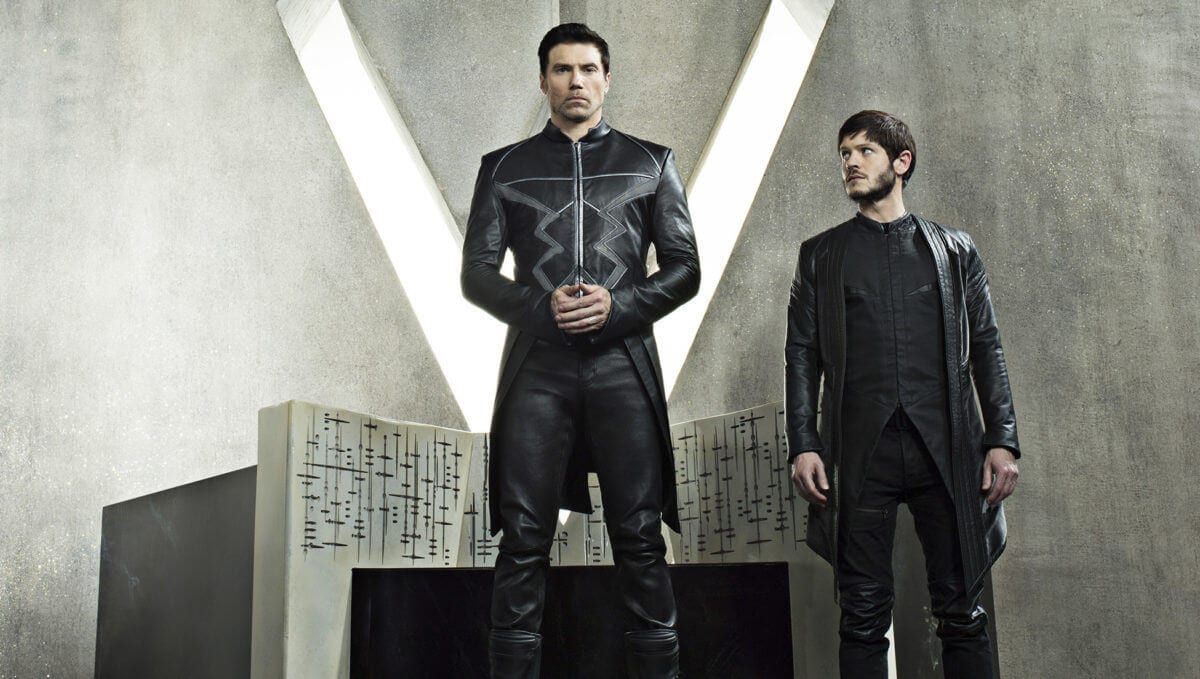