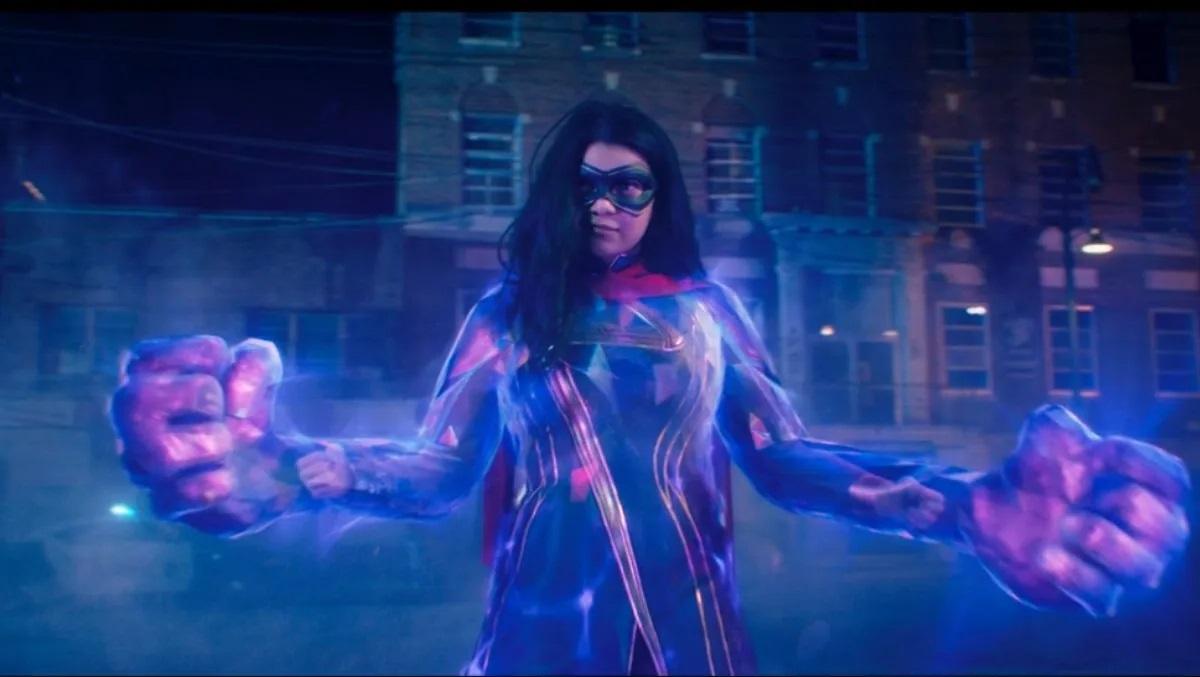 Ms. Marvel went against the grain and saved the worst for last. (Well, maybe; it’s a toss-up between this and last week’s snoozefest.) “No Normal” is a finale that feels like it had no setup outside of a minute-and-a-half scene at the end of the previous episode, with poor plotting, ridiculous comedy, a threat that should have served as the main antagonist all along, and the most ham-fisted finalizing of a superhero’s identity yet. There’s a fairly cool action sequence, though.

Kamala finally tells her family about her superpowers. Damage Control chases Kamran and Bruno. Humor is attempted but never achieved.

The opening scene of “No Normal” is Ms. Marvel at its worst. Kamala reveals the truth about her powers and the lying, sneaking around, and mysterious disasters that have accompanied them, and a potentially powerful, human moment about trust and family instantly devolves into farce. Kamala zips through her explanation with a smug dismissiveness that belies what her confession is supposed to represent, and her family makes jokes about her, themselves, and their religion, lest we forget we’re supposed to laugh at this group of idiots. This is a problem with much of modern Marvel (and not just the TV shows, as Thor: Love and Thunder trumpets): a lack of sincerity. How are we supposed to care about Kamala as a character when she treats something this personal like a comedy routine and her family acts like drunken audience members who want to be in on the joke?

That lack of sincerity soaks through everything in “No Normal.” Damage Control shows up at Kamala’s mosque looking for Kamran, and their intrusion and harassment of a community is played for laughs. (And it really makes me angry that the people who accuse anyone who doesn’t like this lousy show of being a bigot relentlessly mock the Muslim faith and Pakistani people.) Then, Nakia – Kamala’s friend or cousin or something who is suddenly a (kind of) character again because she’s (kind of) needed for the (kind of) plot – and some of the others at the mosque hide Kamran and Bruno using a series of broad comedy routines that quell any worries that the two of them are in any danger. When they, Kamala, and too many other characters are trapped in the high school with Damage Control breaking in, they fight off heavily-armed government agents with silly Home Alone-style pranks that are supposed to be hi-larious but are just stupid and (if anyone involved with this show had an ounce of shame) embarrassing.

And let’s think about that last sequence. “No Normal” could have done something with it; I like the idea of pitting Kamala’s teenage world against the dangerous adult one with which she’s now involved. But two things undermine it: the traps are all played for laughs, and Kamala’s Shemp of a brother, Aamir, is part of her team. Aamir is in his late 20s (a later scene has her father say that he and her mother “tried for ten years to have a second child” before she was born), so putting him there ruins the dynamic of high school kids fighting off Damage Control. But the kids don’t mean much either because Nakia and Zoe have been sidelined for much of the season. Bruno is a boring wet blanket, but at least he’s been around in pretty much every episode. So even if you’re inclined to laugh at or be thrilled by teenagers shooting ping pong balls at a tactical team, having these people involved cuts the legs out from under it. 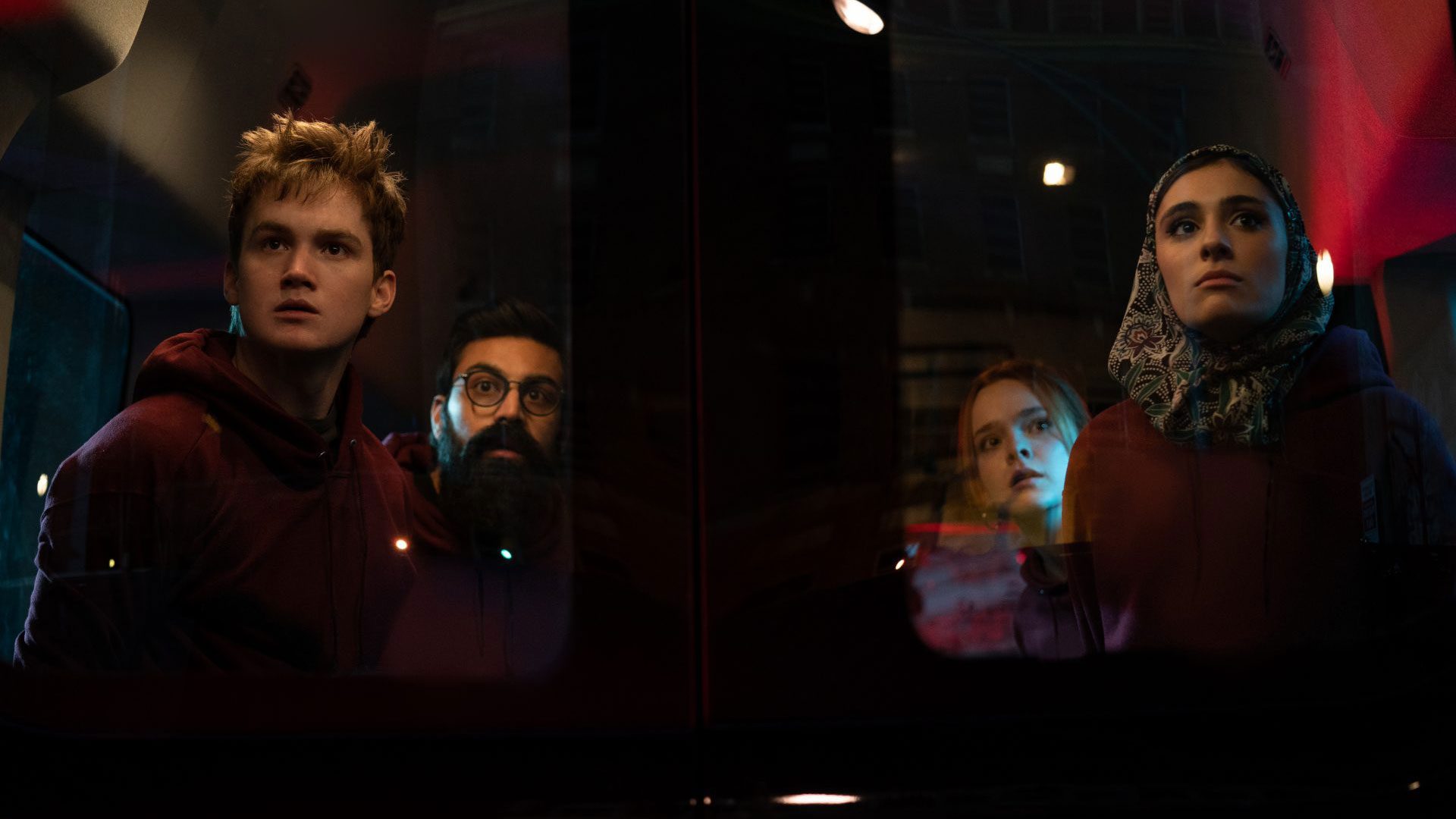 Kamala’s battle with Damage Control at least looks okay, and it’s satisfying to watch someone knock these thugs on their asses. But the whole scenario is difficult to buy into because Damage Control’s actions don’t make much sense. Sadie Deever, the agent most gung-ho to nab Kamran (she seems to have forgotten about Kamala, who was her original target), defies her orders and sends a phalanx of agents toting submachine guns to arrest a teenager in front of an entire community that already isn’t thrilled with them. Her boss (whose name appears to be Cleary, but since he’s another non-character, we’ll just call him “The Guy From No Way Home”) warns her of how bad this will look for them and instructs her to stand down, but she goes in anyway. When it’s over, she’s relieved of duty. What did she expect to happen? And why did she put her career at risk for this? Is she such a believer in the government controlling superheroes that she’d lose her job over arresting a high school kid?

Deever’s ridiculous character (but again, I use the term loosely) isn’t the only thing wrong with the climax, though. Kamran has, like Kamala’s other non-Bruno friends, barely appeared in the series. He’s had big parts in two episodes, and he’s not all that compelling. His imminent arrest is less concerning than it would have been with someone more interesting, and it lessens Kamala’s emergence as Ms. Marvel (name pending) to have him fighting beside her. I’d have liked to see Kamala thrash these guys alone; this is her origin story, not the start of a superteam. It’s also annoying to have Kamala invoking Nadja, whom she just learned murdered her great-grandmother and caused a lot of trouble in her family, and treating her like a self-sacrificing hero. It’s so cavalier that nothing happening in “No Normal” feels like it matters. 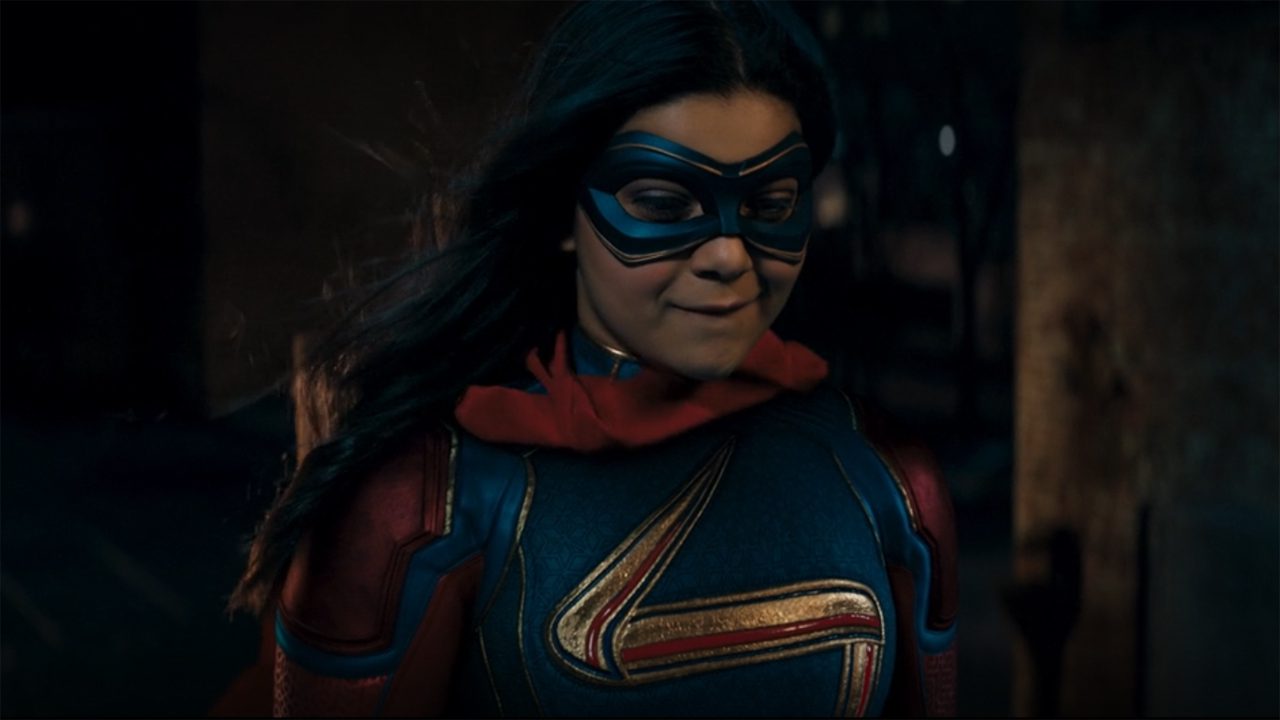 The rest of Kamala’s transformation into Ms. Marvel is rushed through and brushed off by people who don’t seem to care about the character or the story. Kamala’s mother makes her the final Ms. Marvel costume, but why would she design something like this? Her original concept was a She-Hulk type of thing, and it’s textured very rudimentarily. She also took inspiration from an existing hero. Who’s the model for the Ms. Marvel outfit? It’s not Captain Marvel, because it looks nothing like her costume. There’s no explanation, no reasoning, just a requisite “Here, I made this for you because an earlier scene had me doing something similar, and I don’t know, whatever, 30 minutes to go.” (Way to waste your best character and actress in the finale, by the way, Ms. Marvel.) Her father later tells her the origin of the name Kamala – it means “marvel” – but doesn’t stop there; he then calls her “our little Ms. Marvel.” I don’t know why they didn’t go the whole nine yards and have him tell the audience, “Get it? That’s her name and the name of the show!” Still later, Bruno tells Kamala that she’s the MCU’s first 616 mutant (because of course, she is), and her response is, “I don’t like labels.” I’m sure this is supposed to be a big deal, but they immediately mock the notion of mutants. And, to add insult to injury, they throw in a cameo from Brie Larson as Carol Danvers in the post-credits scene and remind us of the threat of The Marvels on the horizon. Thank God it’s finally over.

“No Normal” is a weightless finale to a tedious TV season, with no tension, characters it’s impossible to care about, drama and revelations that are undercut with bad humor and mean nothing, and the promise of more to come.